Romano Fenati will return to the Moto3 championship in 2019.

Fenati gained infamy when he grabbed Stefano Manzi’s front brake lever at the San Marino GP in September this year. In the firestorm that followed, Dorna slapped a Fenati with a two-race ban. The FIM banned Fenati for the rest of the season, on the other hand. His Marinelli Snipers Moto2 gave him the marching orders.

If that wasn’t enough, the Forward Racing Team which is slated to campaign with MV Agusta in Moto2 in the 2019 season also dropped him. Soon, MV Agusta’s Boss, Giovanni Castiglioni tweeted that he will not allow Fenati to ride his bikes.

Ironically, Stefano Manzi is the current and future rider in the Forward Racing Team. He would’ve been Fenati’s teammate next year. It was later established that Manzi had provoked Fenati. Was Manzi playing mind games to establish the pecking order?

Anyway, Fenati announced that he’d leave racing and concentrate on continuing his studies.

But MotoGP.com has just dropped a bombshell by announcing that Fenati’s Marinelli Snipers team has re-employed him for the 2019 Moto3 season. The team has just signed on Tony Arbalino, thus Fenati will be his teammate.

Marinelli Snipers has good reasons to re-sign Fenati as the fiery Italian took 23 podium finishes with 10 wins in the starter class. He finished second overall in 2017, after all.

The team and Fenati have not made official announcements, but we expect that to happen at the final round at Valencia this weekend.

On a personal note, we hope that Romano Fenati puts his raw talent to greater use and keep his temper in check. This must be the very last chance he’d ever get. 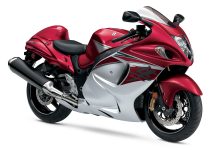 What do Motorcycle Names Mean? (Part 3)