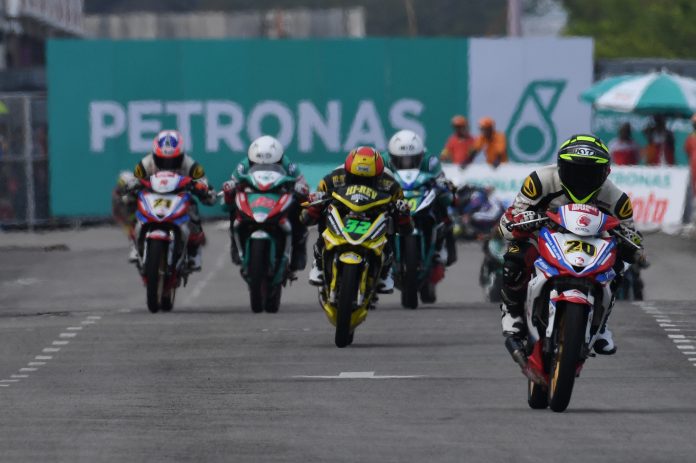 Azroy Hakeem Anuar put Honda back on the CP150 category podium in Round 1 of the 2019 PETRONAS Malaysia Cub Prix Championship. The race was held in Jasin, Melaka over the weekend.

It was an emphatic one for Honda as their rival Yamaha had dominated the series for the past two years.

Azroy Hakeem Anuar delivered an emotional win at Round 1 of the 2019 PETRONAS Malaysian Cub Prix Championship in Jasin, Melaka last weekend. It was a multi-faceted victory that had been a long time in the coming – a personal first CP150 win for the 20-year-old rider, as well as the first premiere class victory for team Idemitsu Honda Yuzy Racing and the Honda marque. 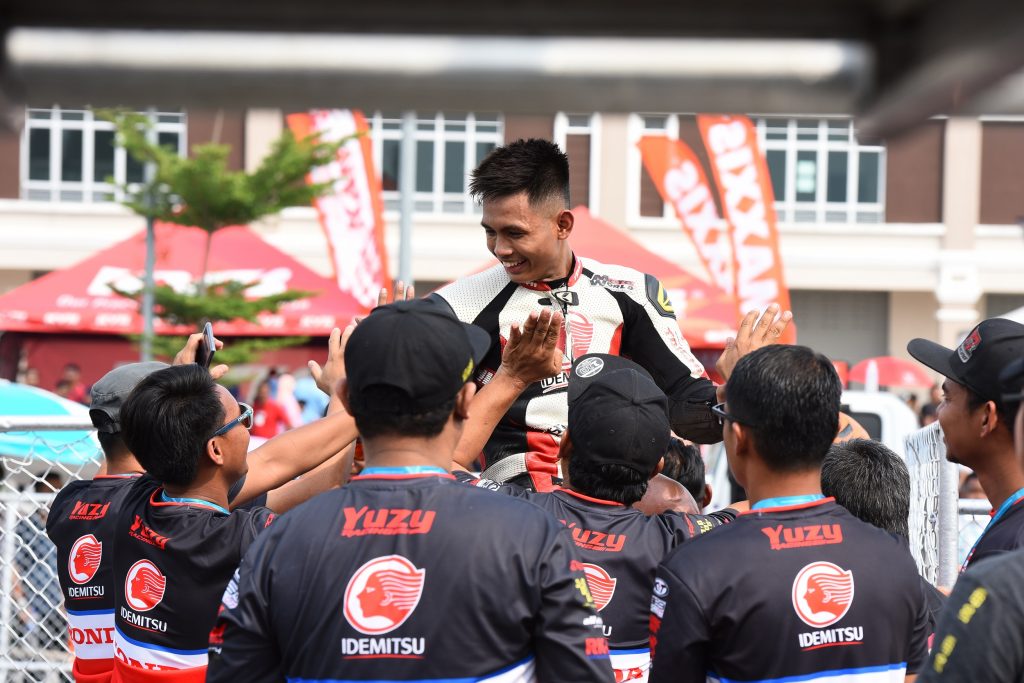 Azroy started the 20-lap race from third on the grid but quickly got past polesitter Md Iqbal Amri Abd Malek on the second lap. However, Azroy was unable to shake fellow Honda competitor Mohd Helmi Azman off his tail. While the two younger riders duked it out at the front of the group, Cub Prix returning rider Mohd Zaqhwan Zaidi kept defending champion Ahmad Afif Amran bottled up in fourth place. 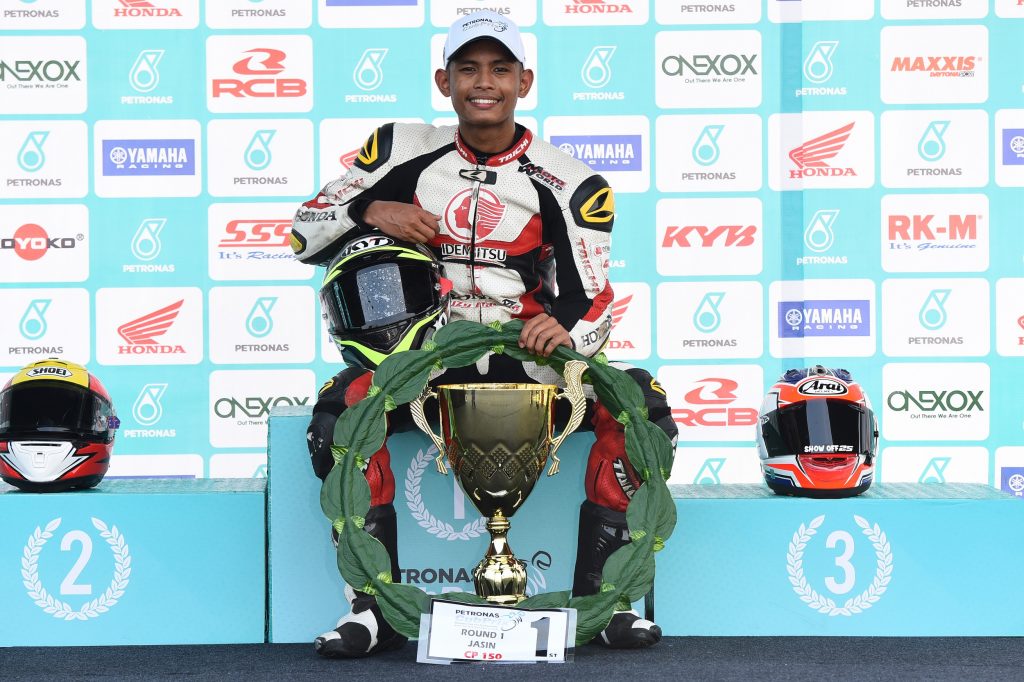 The three Honda riders kept the lead right up to the chequered flag with Azroy bringing down the chequered flag at 16’02.227s, 0.712s ahead of second placed Helmi. Zaqhwan Zaidi booked the final spot on the podium in third place with 16’09.377s.

“It feels great to be in contention for the podium again and I’m happy to deliver this win to our team principal, Shahrol Yuzy and our hardworking crew who had never stopped working towards regaining our competitive edge,” said Azroy. 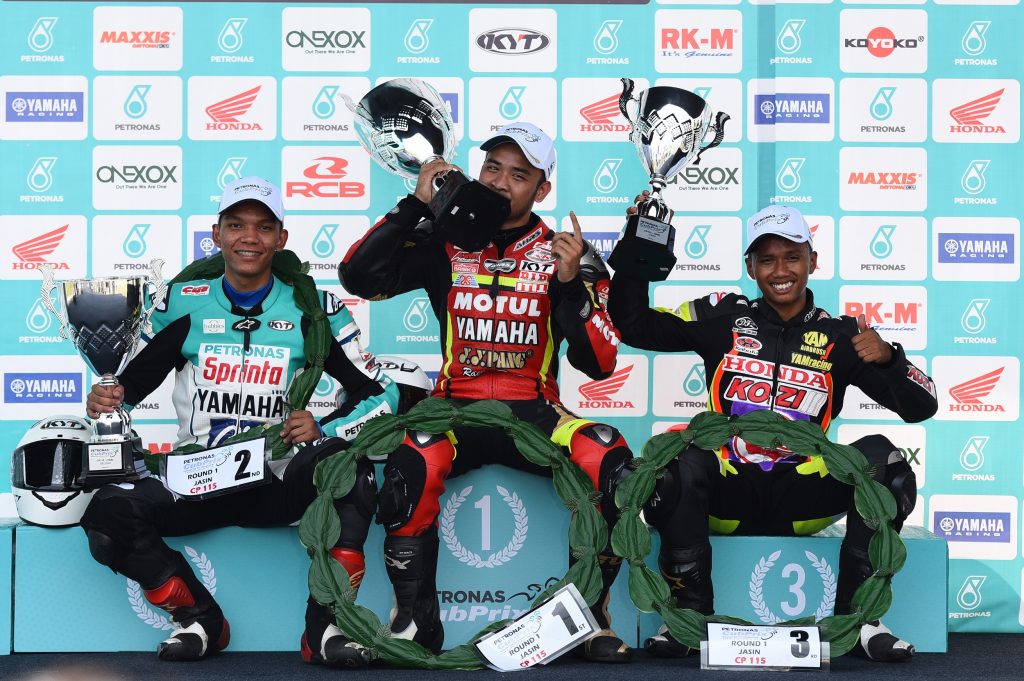 Md Zaki A. Zamri put in an inch-perfect performance in the Wira Final. 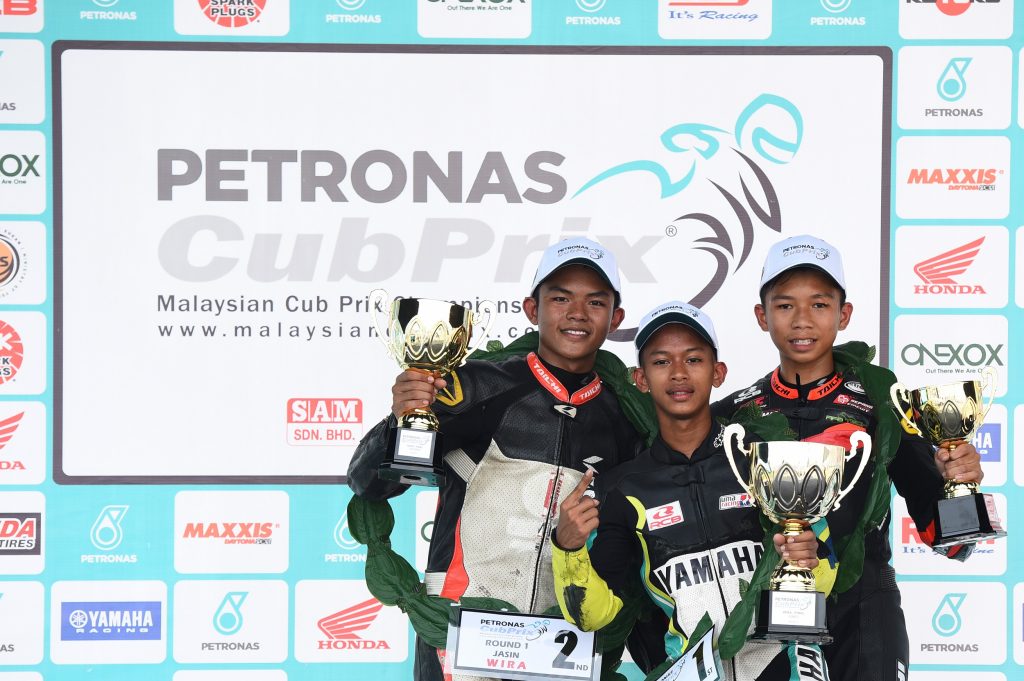