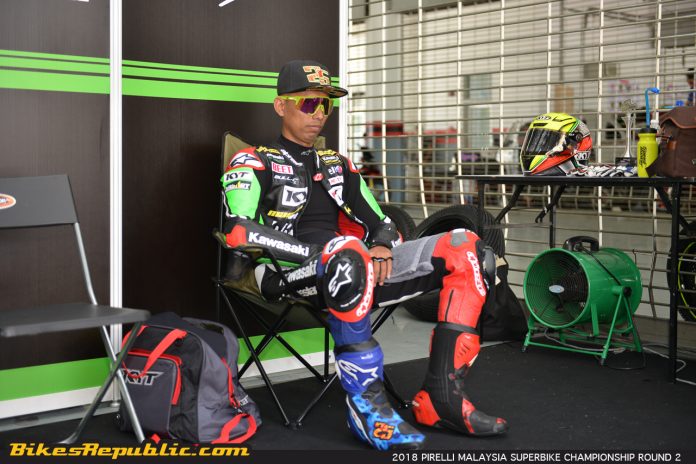 The ASB1000 class is considered the premier category of the FIM Asia Road Racing Championship (ARRC). Its rules are based widely on the World SuperStock 1000 series.

Azlah will team up with ONEXOX TKKR Racing Team. The 34-year-old will ride a BMW S 1000 RR.

“Azlan is one of the best riders we’ve got in Malaysia right now. It was amazing to me that he had not been snapped up by any of the factory teams yet, so we jumped on the chance to have such a high-calibre rider in our team,” said Bobie Farid, Team Principal of the ONEXOX TKKR Racing Team.

“No other rider can equal the depth of experience that Azlan will be bringing with him” said Bobie, referring to Azlan’s long and successful racing career that had taken him from the Malaysian Cub Prix Championship to the top of the Asia Road Racing Championship and subsequently to the Moto2 class of the MotoGP.

ONEXOX TKKR Racing Team is very active in the local motorcycle racing scene. Come 2019, they will field entrants in every class of the Malaysian Cub Prix Championship as well as the ARRC. The team is also weighting on entering the Spanish National Championship (CEV).