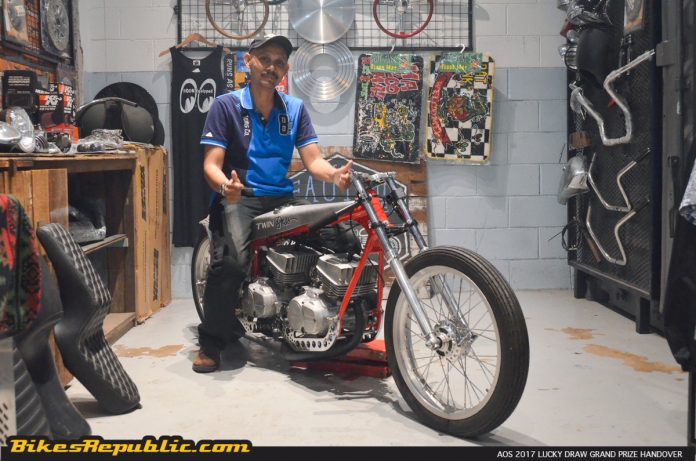 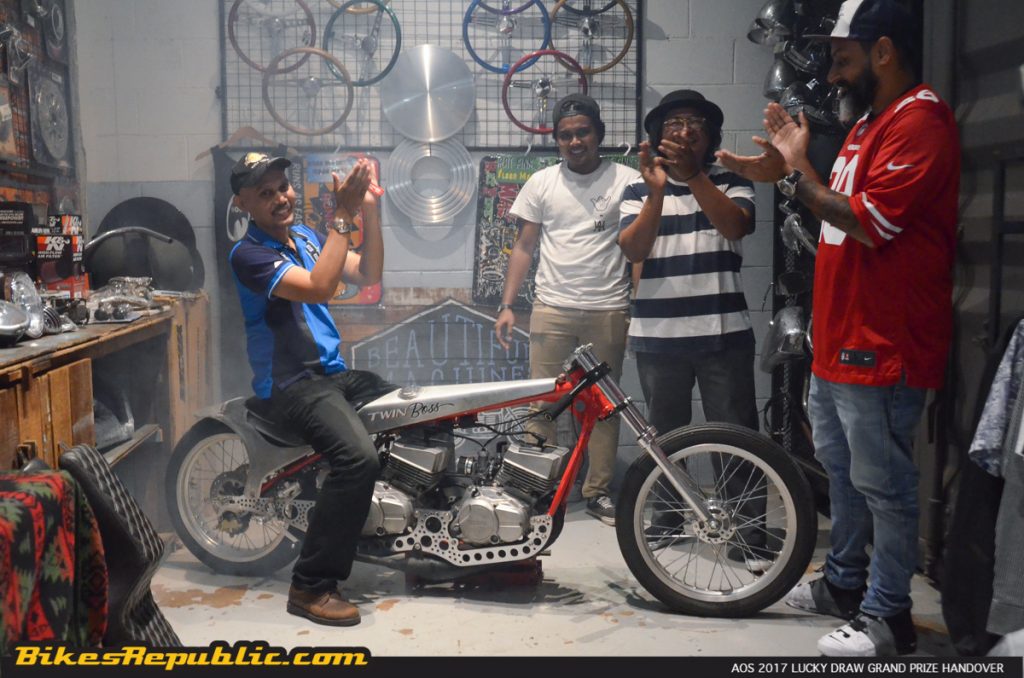 Art of Speed (AOS) Malaysia have been organizing lucky draws on the final day of their amazing annual show.

Two years ago, the lucky walked away with a customized Triumph Bonneville, and last year’s winner went home with a new Triumph Street Twin.

Art of Speed celebrated its 6th annual show on the 29th and 30th July this year at MAEPS Serdang.

The process of determining the final starts with picking out three candidates via a lucky draw of ticket stubs during the weekend. A question is then directed at all three, and the candidate whose answer illicit the loudest cheer from the crowd is the winnder.

The prize is called “The Twinboss.” The bike is specially built around a pair of Yamaha RXZ 135cc, two-stroke engines, by FNG works. Fabrication of the frame, metal works and the rest of the tank and bodywork was performed by Beautiful Machines. 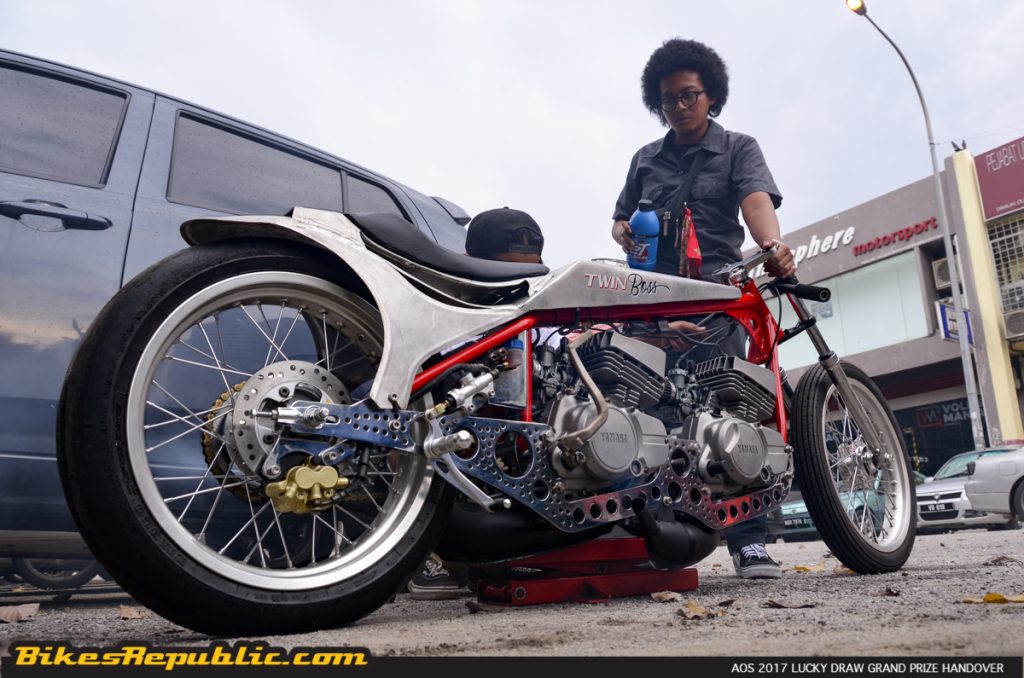 Also during the prize presentation, Asep Ahmad announced that Art of Speed will be touring under the name of “Gasolina Tour 2017”. Gasolina Tour 2017 will be held both as standalone and in support of local organizers to create quality content for their own community events. 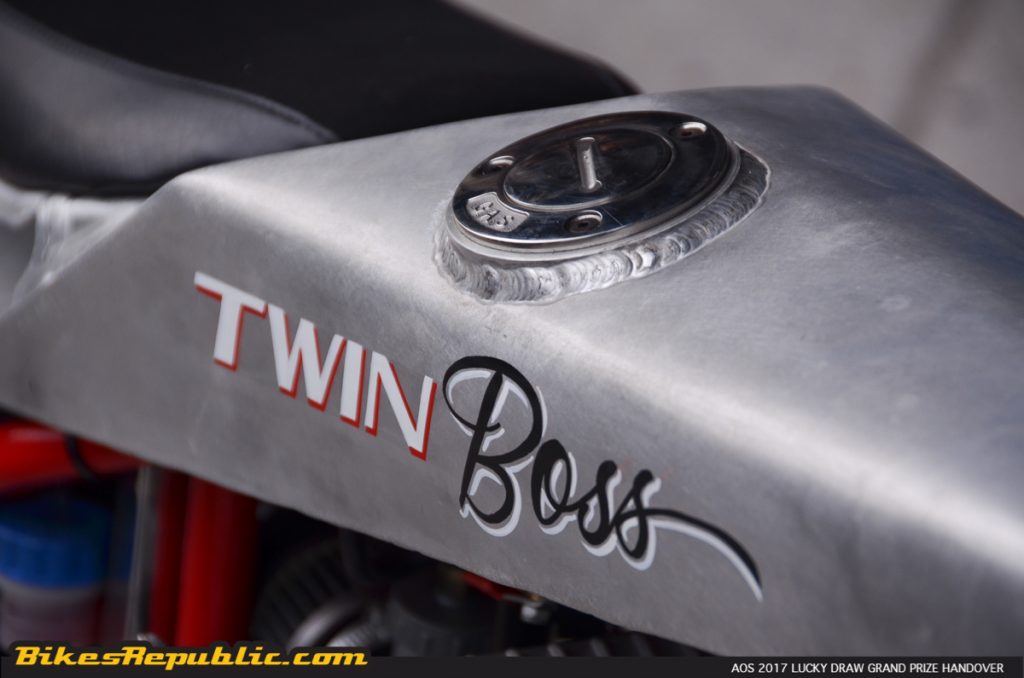 Gasolina Tour 2017’s first stop was at the Port Dickson Bike Fest on 9 September and then Kelantan for the collaborative event called Speed Demon in conjunction with the Rugged Rachun Ride event organized by Rachun MC at Irama Beach, Bachok on 16 & 17 Sept 2017. Art of Speed Racing Division had also competed in the race. AOS also pick their AOS2018 VIP GUEST (AOS PICK) award at both events. AOS will then be heading to Johor to assist Leftee Works to co-host the annual global charity ride; the Distinguished Gentlemen’s Ride on the 24th September. 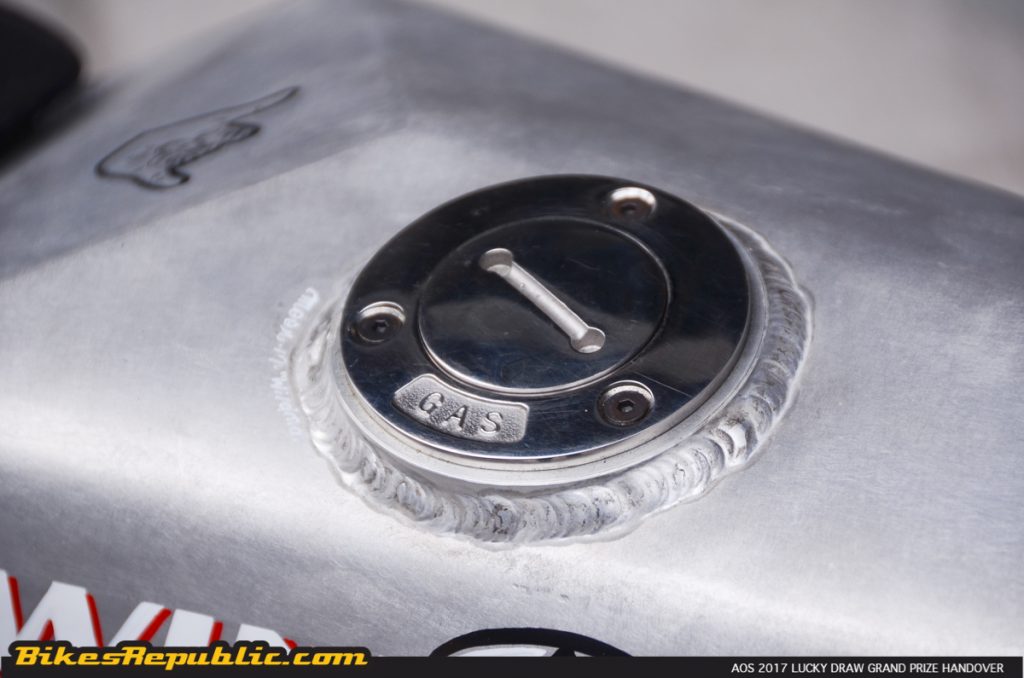 November will AOS invading Puteri Harbour in Johor as we participate in the yearly Iskarnival IP Kool Festival. The 5th Annual Art of Speed Johor will be bigger, better show with amazing content for bikers and car enthusiast at the three-day festival on the 24th, 25th and 26th November. 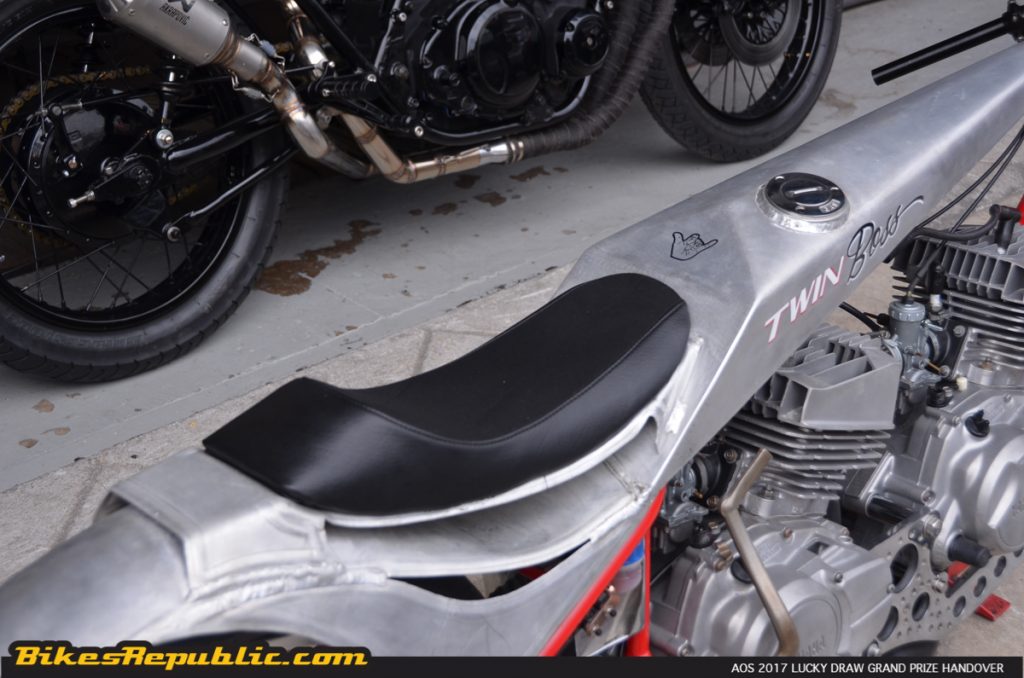 AOS will be heading to Japan to fulfill an invitation to attend the 26th Annual Yokohama Hot Rod Custom Show 2017 on 3rd December. This year’s edition will see 20 participants from Malaysia & Indonesia taking part in the trip organized by AOS. More information about Gasolina Tour 2017 and our activities can be found on Art of Speed Malaysia’s social media pages on Facebook & Instagram.