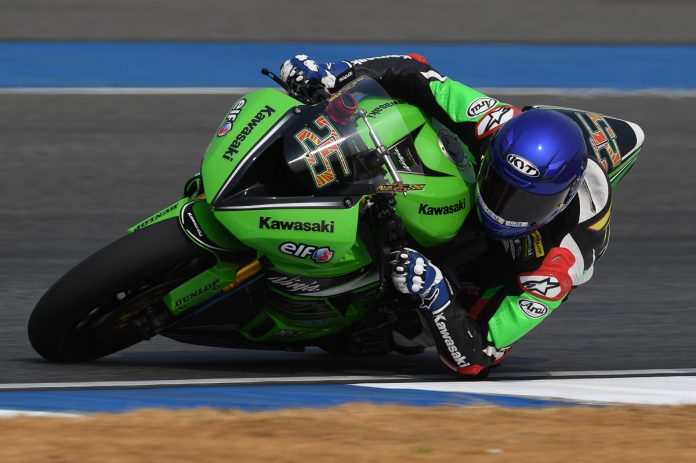 Azlan together with the Manual Tech KYT Kawasaki Racing took his ZX-6R ahead of Thai’s Decha Kraisart and Malaysia’s Zaqhwan Zaidi.

Day 2 of testing will commence today to get the riders ready for the season opener this weekend. 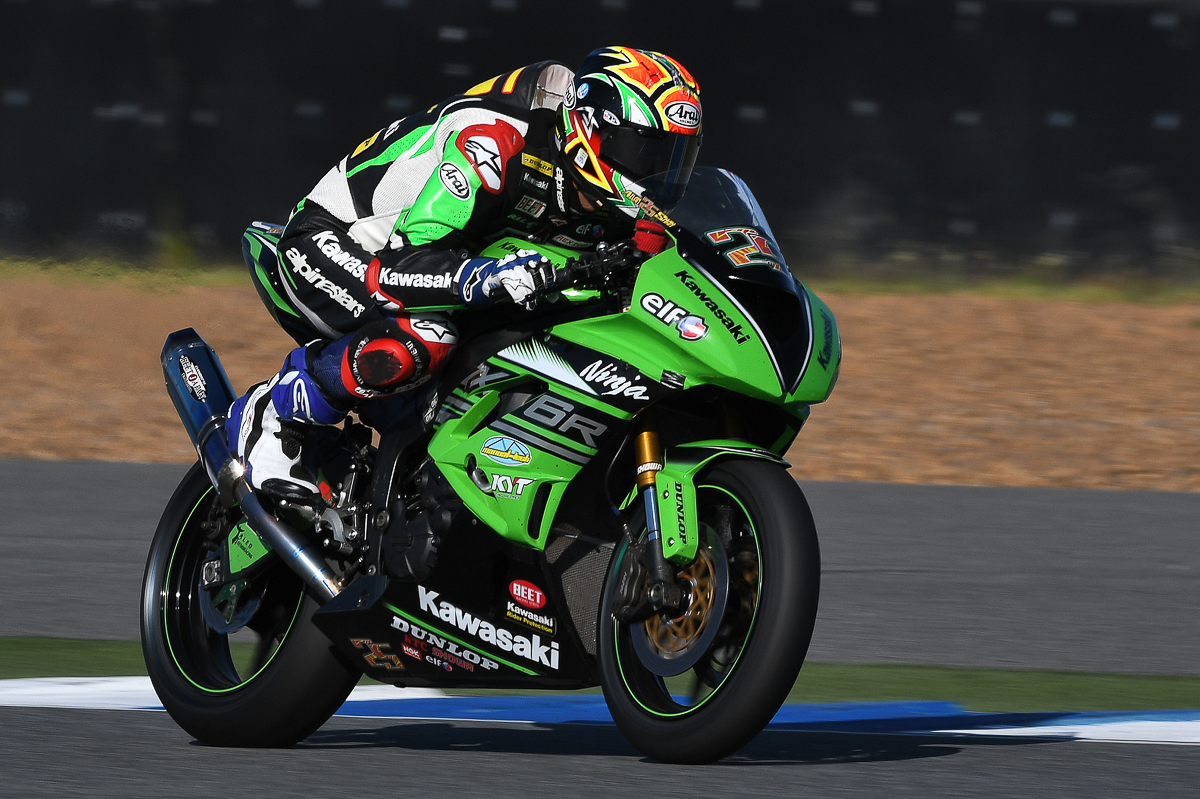 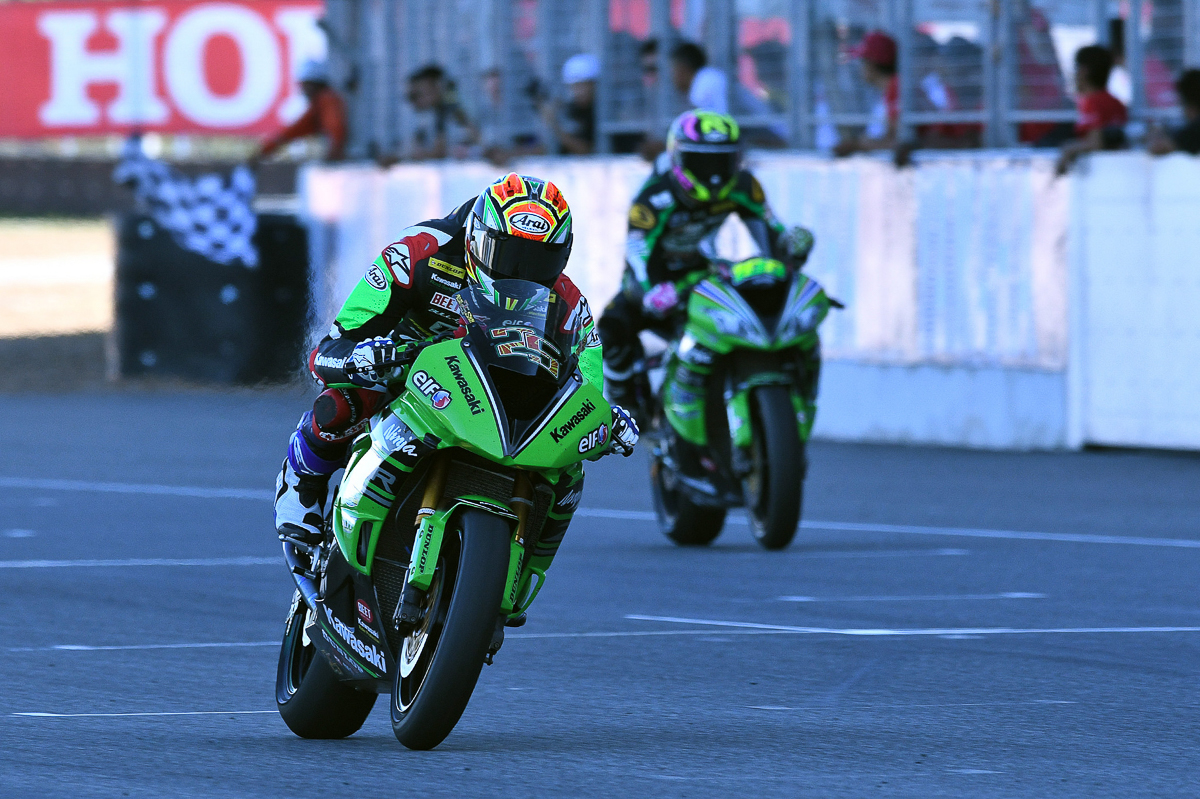 The 33-year-old will be defending his crown this year in the premiere SS600cc category. Together with his strong and very capable Manual Tech KYT Kawasaki Racing team, they managed to top the timesheets yesterday at an impressive 1:38.936.

The strong performance right out of the gate was made possible thanks to some very critical improvements made to the ZX-6R’s suspension system. This change allowed Azlan to further improve and develop his race machine quickly at the Chang International Circuit. Azlan also stated that he is quite confident to take home the first victory of 2018 this weekend. 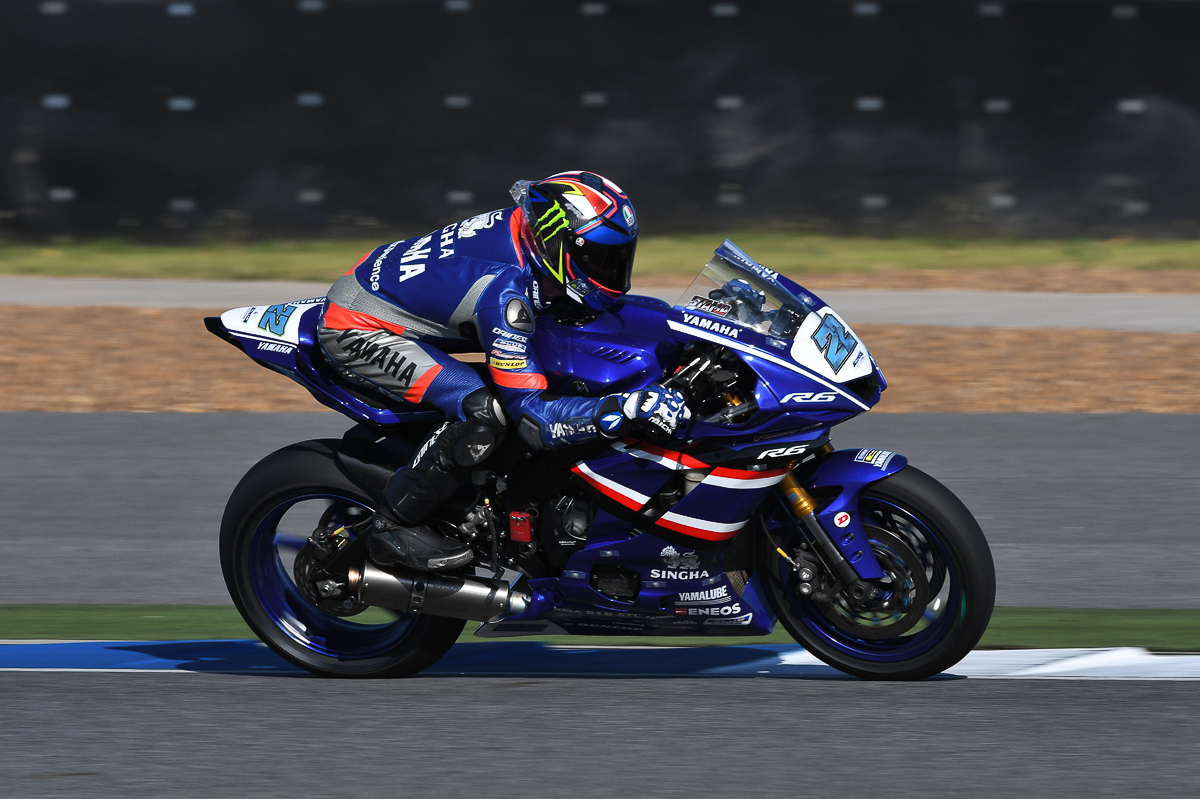 Thai local Decha Kraisart (Yamaha Thailand Racing) also showed a strong performance yesterday and ended the day with the second fastest time of 1:39.132 which was only 0.196 seconds behind Kawasaki’s Azlan Shah. His Yamaha YZF-R6 was only a fraction of second faster than another fellow ARRC champion, Zaqhwan Zaidi (Musashi Boon Siew Honda) who clocked in a 1:39.190 in Day 1. 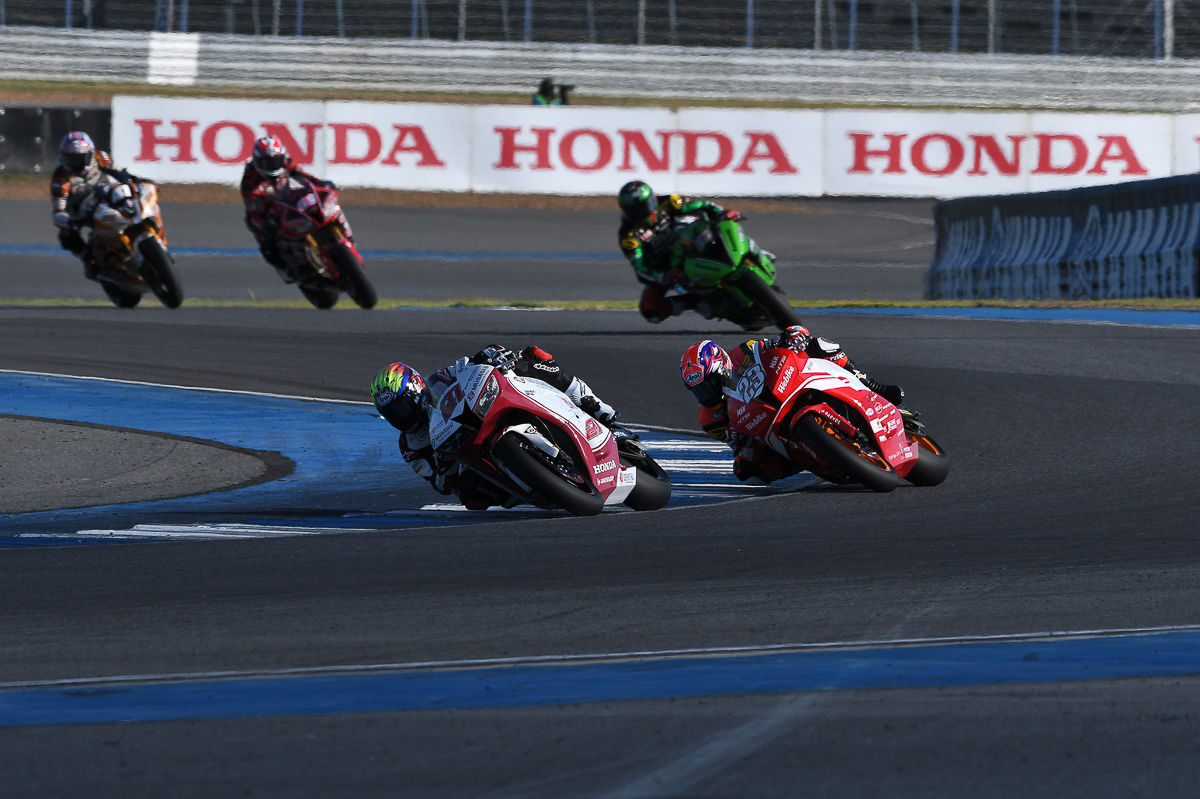 There are a total of eight Malaysians this year in the top class of the 2019 FIM Asia Road Racing Championship and each and every one of them including the other 11 riders from various countries will duke it out for the championship title. 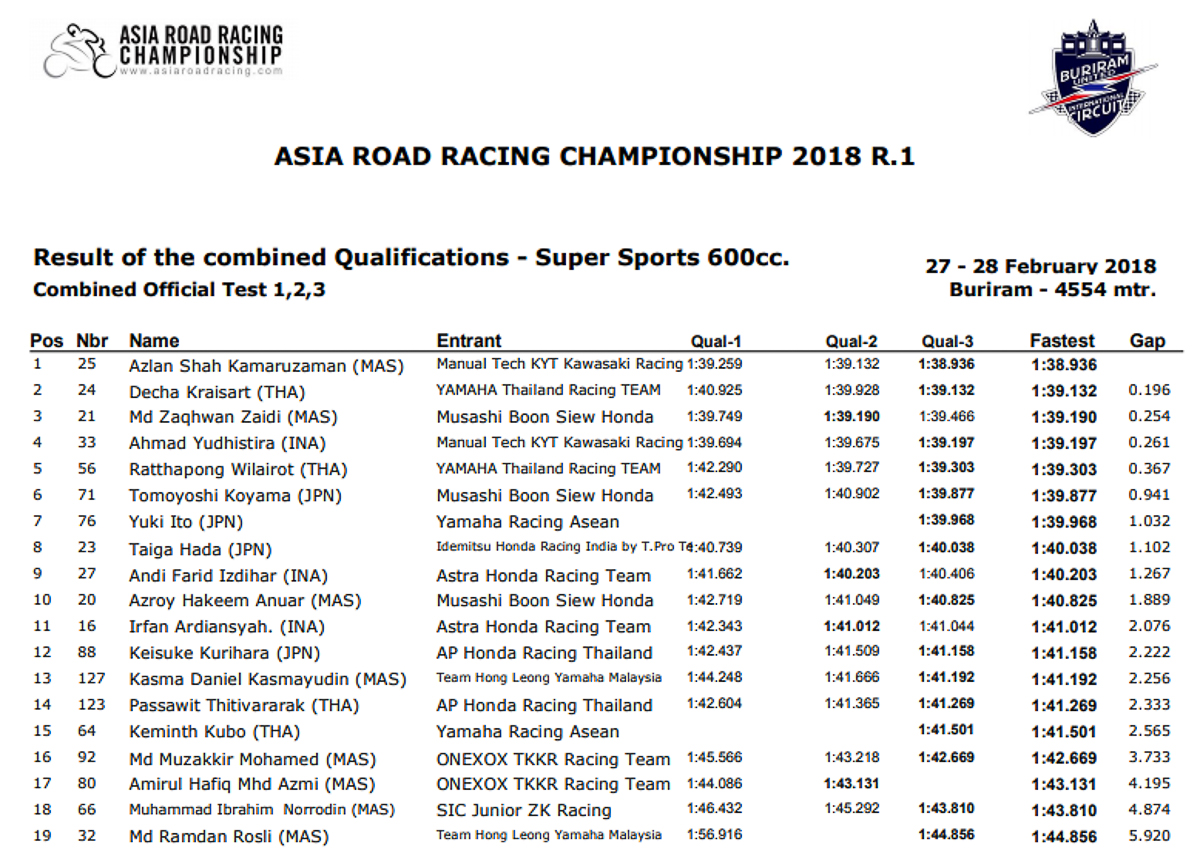 Stay tuned to Bikes Republic for more updates on Day 2 of the pre-season testing.