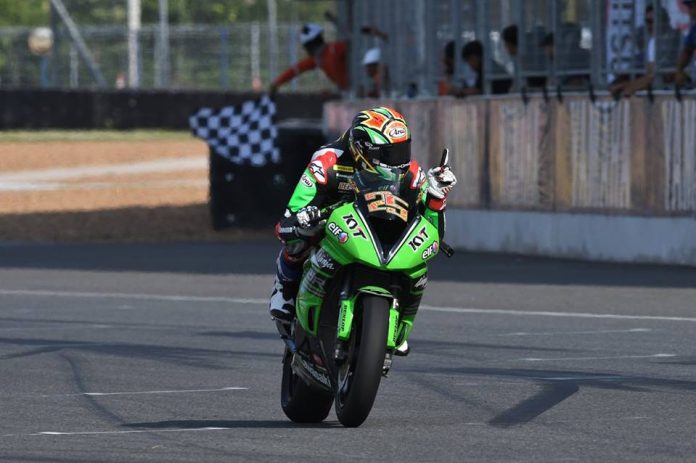 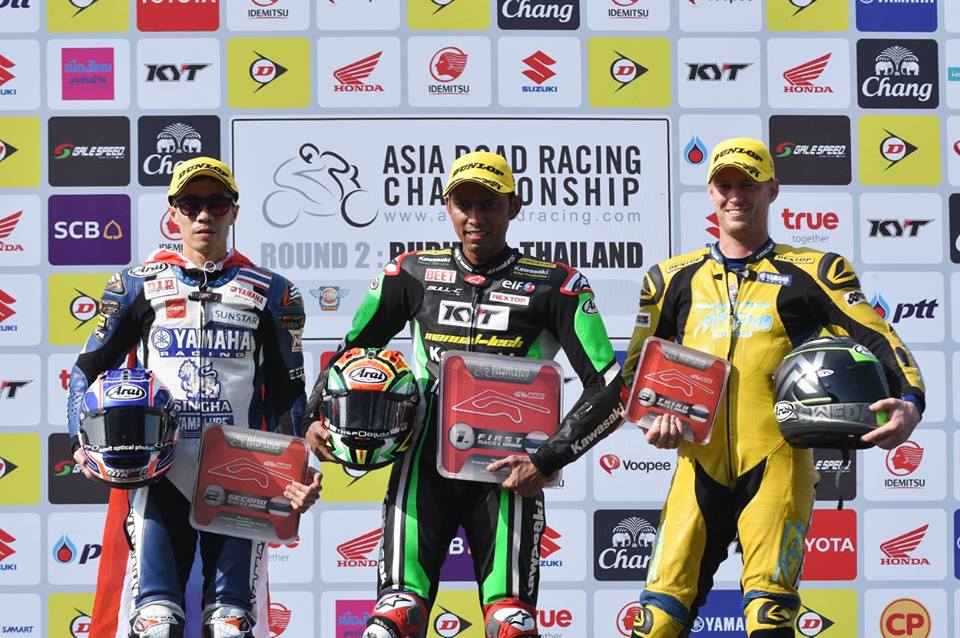 The recent ARRC (Asia Road Racing Championship) round held at the Buriram International Circuit saw plenty of action from all of the categories that took part from 13 – 15 April 2017. The second round saw Malaysian rider Azlan Shah as the double winner for both Super Sports 600cc races at the 4.554km track.

The biggest drama however was also from the Super Sports 600cc category which concluded in top Australian rider, Anthony West from the Akeno Speed WJR Racing Team being disqualified due to ‘technical infringement’.

West who finished third in Race One and actually emerged victorious in Round Two was denied of his results due to complications with the race organizers and the Yamaha Thailand Racing Team. 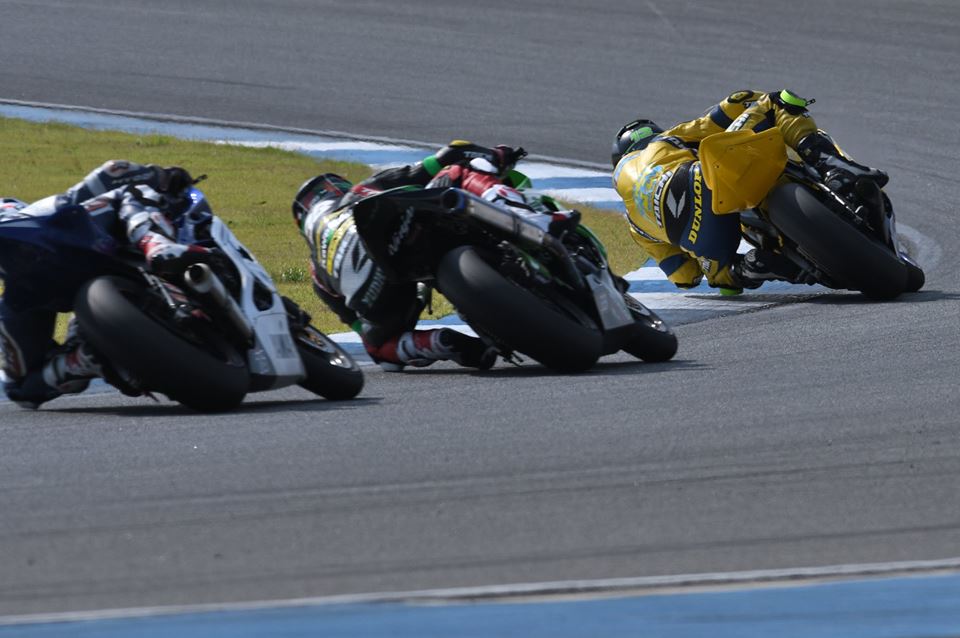 Anthony West went online to post about what happened from his point of view in his official Facebook page, crying out foul and dirty tactics played by the local organizers and team. Check out his post below. 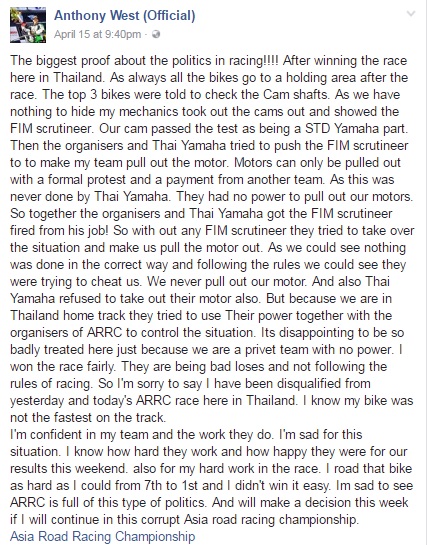 With the two amazing wins, Azlan Shah leads the ARRC championship with a total of 83 points, 28 points ahead of Taiga Hada (RAMA Honda by NTS T.Pro Ten 10) at 55 points and Md Zaqhwan Zaidi in third with 54 points. The next round will see action taking place at the Suzuka Circuit in Japan from 3 – 4 June 2017.