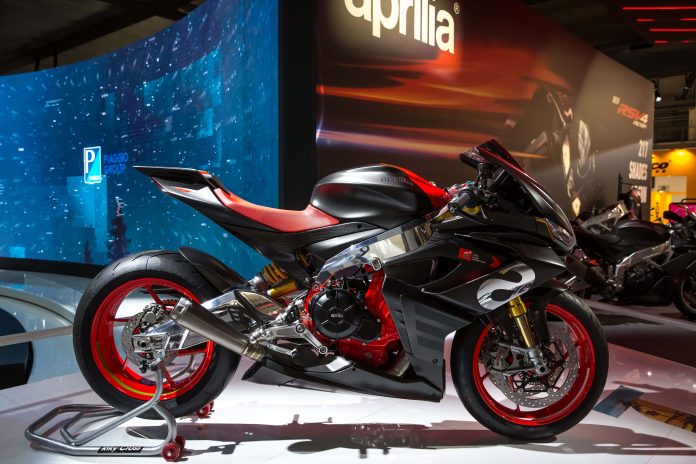 We published a report on the rumors of Aprilia working on a two-cylinder middleweight model back in August, based on Asphalt & Rubber’s report. Well, it turned out that they’ve got a pretty good intelligence network; because Aprilia has unveiled the Aprilia RS 660 Concept EICMA 2018.

As per the rumours, the engine is based on the long-running RSV4 1100/Tuono 1100 V4 engine minus the two rear cylinders. The exclusion of the rear bank of cylinders turns the RS 660’s engine into a parallel-Twin.

Our market may frown upon the “bad perception” over the parallel-Twin in the previous Kawasaki ER-6 and Versys 650 models. However, the parallel-Twin engine is more compact and less complex than a V-Twin. It is also cheaper to produce. 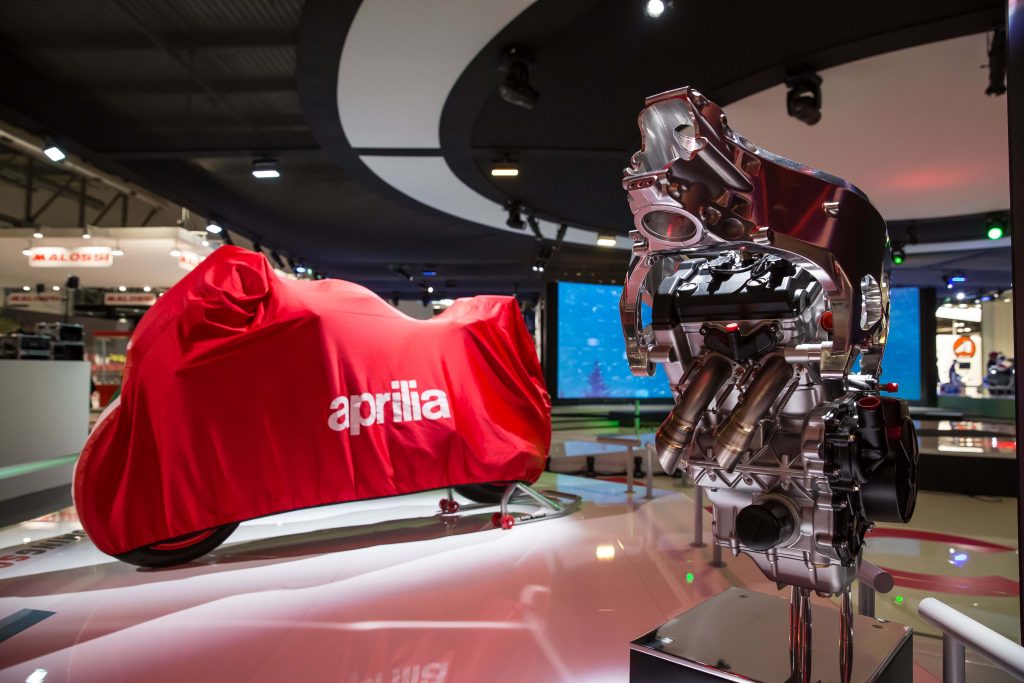 A V-Twin needs a lot of space front-to-aft in the frame, thus necessitating a shorter swingarm to achieve a correspondingly short wheelbase. But a shorter swingarm begets more tangential forces from the chain which in turn causes the rear end to squat under acceleration and lift the front wheel. This means the rider cannot open the throttle early to avoid pushing the bike wide in corners. Look at how stubby is the Ducati Panigale’s swingarm. 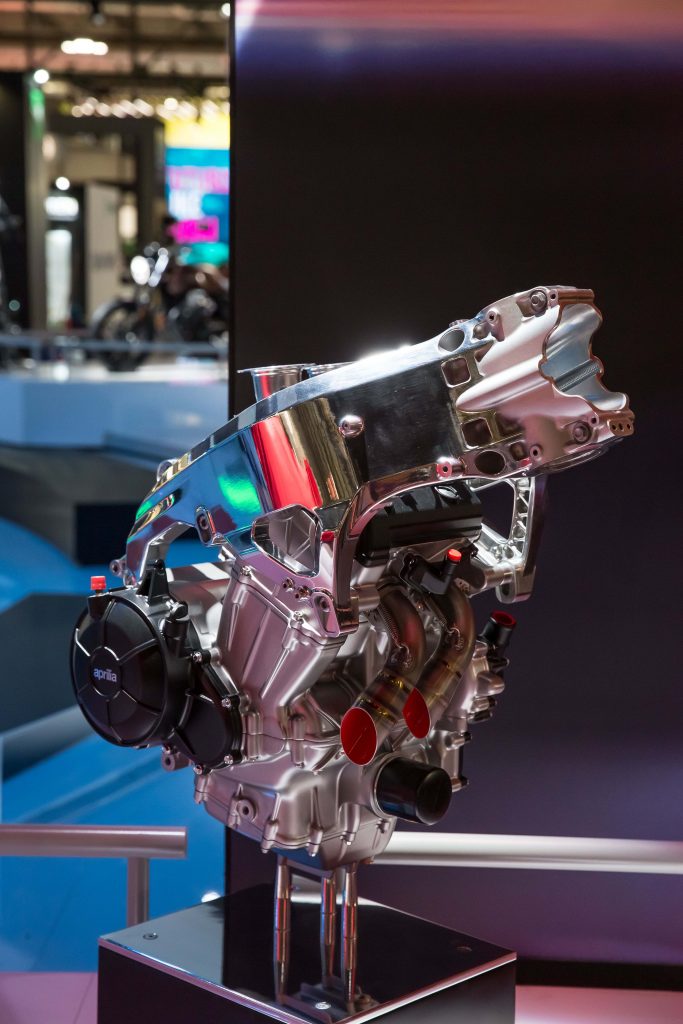 A parallel-Twin (or any inline-engine), on the other hand, solves lots of packaging headache. There’s lots of room behind the cylinders to pack in the throttle bodies and shock absorber. You can tilt the cylinders towards the front wheel. 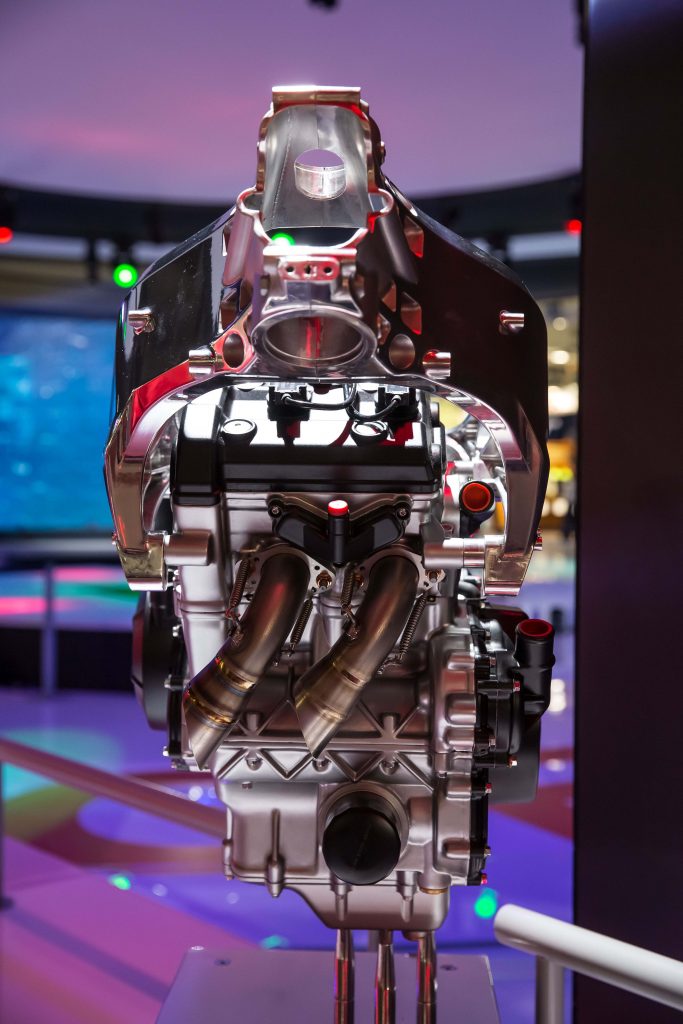 A parallel-Twin has more efficient cooling as both cylinders face the airflow. That’s why the riders of V-Twins and V-Fours feel as if their inner thighs are being roasted to perfection.

Back to the RS 660, we hope Aprilia uses a different crankshaft spacing than the traditional 180o. The 270ocrank like that on the Triumph Bonneville mimics a 90oV-Twin in both engine vibration and torque characteristics. 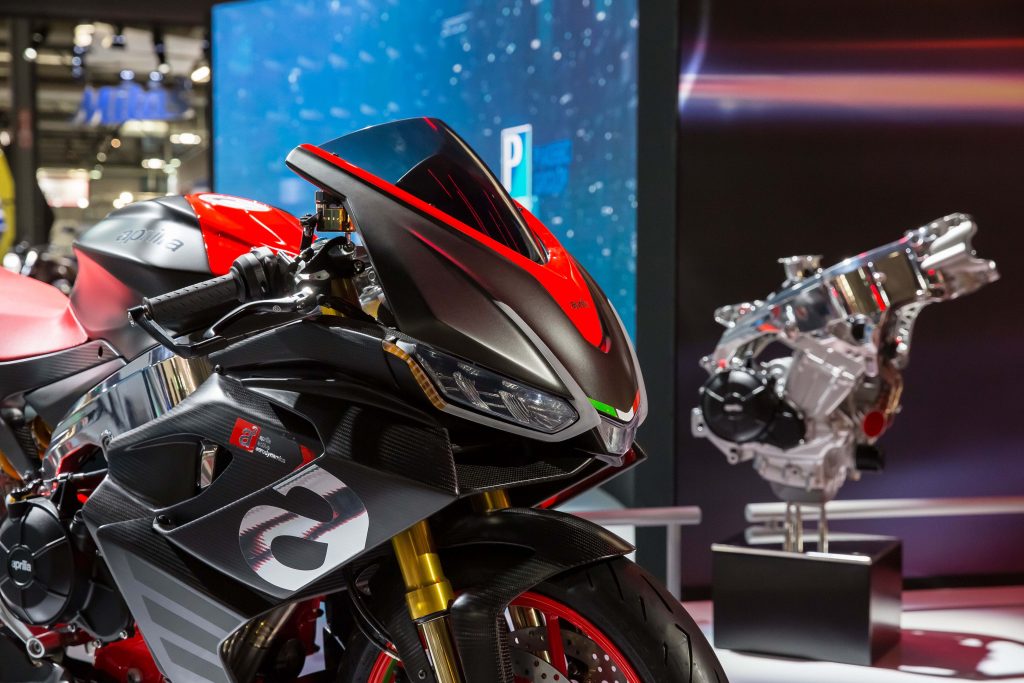 Aprilia wanted a middleweight that is compact, light and agile hence a parallel-Twin makes perfect sense. Aprilia designed the RS 660 concept like their 250cc race bike. The (polished) aluminium frame uses the engine as a stressed member. The swingarm is also aluminium and curves over the exhaust on the right side. There is space for the rear shock to mount directly to the swingarm in the central position.

Aprilia also introduced the Aprilia Actice Aerodynamics (A3) concept on the RS 660. As the name suggests, the bike has the ability to change its front aerodynamic profile for the amount of downforce. 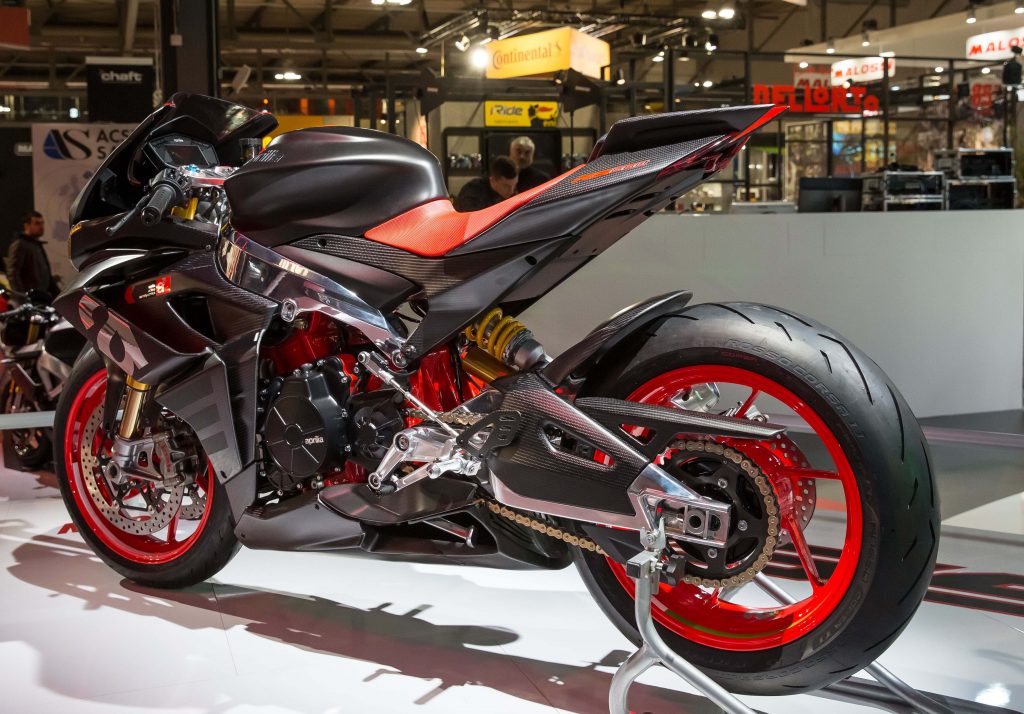 Aprilia says that the RS 660 will be produced for Europe, America and Asia.