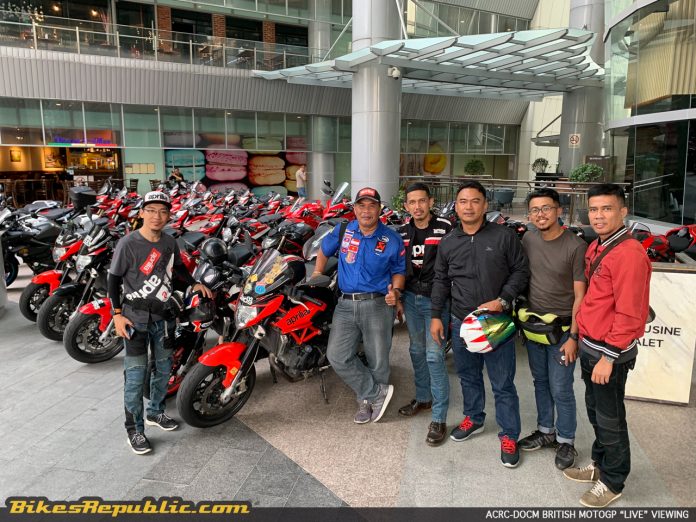 The function was held at the snazzy Sofitel Damansara this time around. The attendees watched the GoPro British MotoGP at Silverstone for this edition. 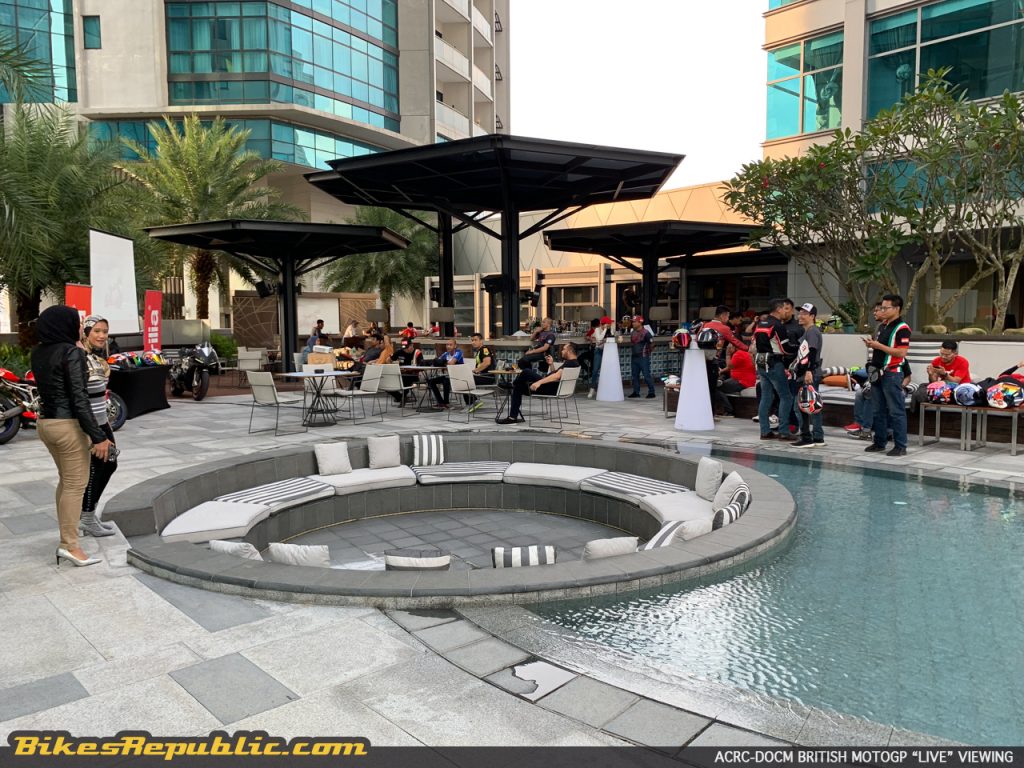 While the first event was seen as an ice-breaker, this second viewing was more of a sign of allegiance as riders from both groups joined to enjoy the excitements of MotoGP as one. It was visible that both groups were relaxed in each other’s company.

Refreshments and dinner were also served. 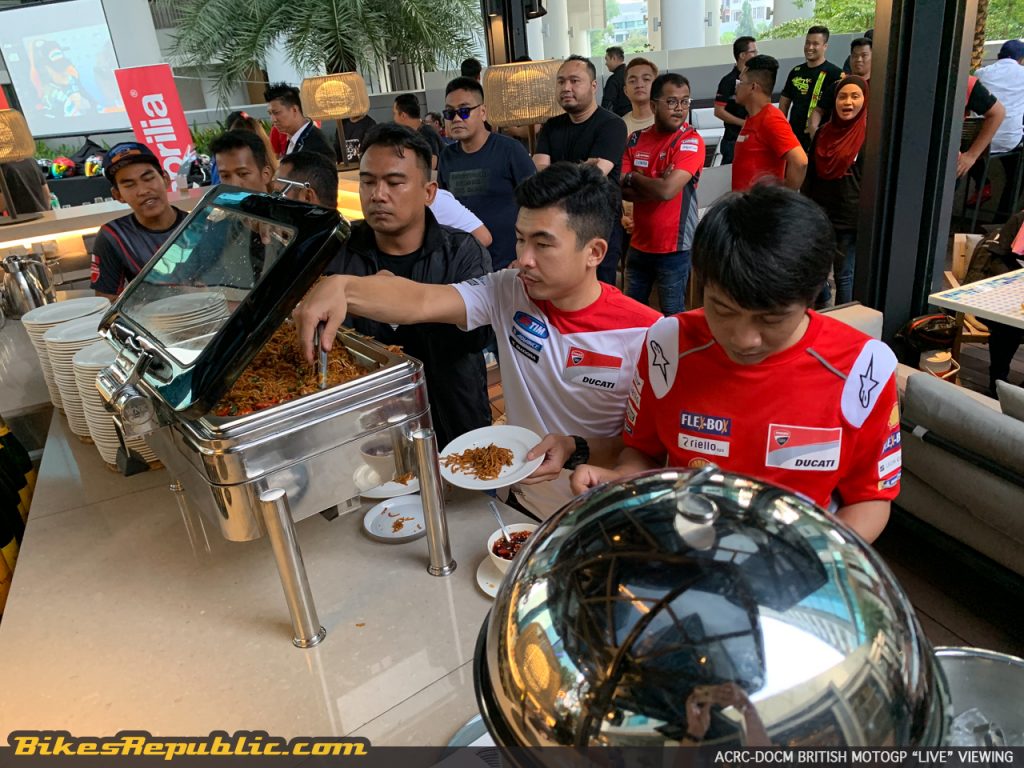 All present were at the edge of their seats when the MotoGP race began.

Suddenly, Dovizioso was taken out by Fabio Quartararo’s crashed motorcycle at the exit of the very first corner come the race, everyone at the event stood and yelled. It was followed by silence when Dovizioso appeared injured and couldn’t get up. Everyone present, regardless of riding an Aprilia or Ducati was concerned.

But neither group made fun of the other regardless of the race’s outcome. Instead, they embraced each other before heading home.

This should be seen more often among motorcycle groups everywhere.