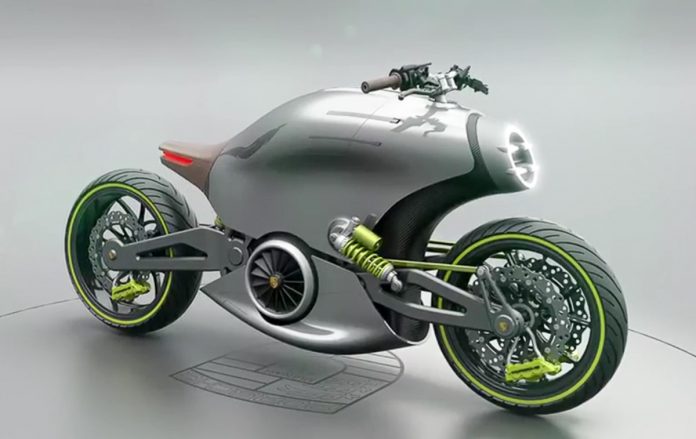 Ever wondered how a motorcycle would look like if sports car manufacturers get involved? What would happen if companies like Ferrari, McLaren, Lamborghini and others plan to get into the two wheel industry? According to a Spanish designer Miguel Angel Bahri, his latest design dubbed the “Porsche 618 Electric Motorcycle Concept” is how a motorcycle would look like if Porsche decides to dwell into the future of electric motorcycles. 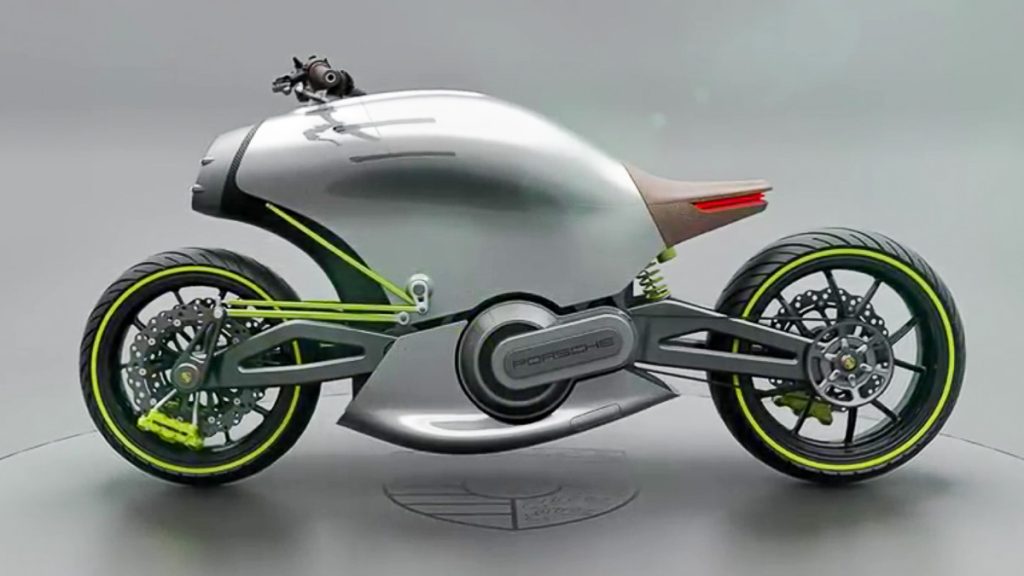 A quick note on this motorcycle concept; this design is not by Porsche themselves but an individual representation by Miguel Angel Bahri. Taking the iconic Porsche 911 Turbo, 918 Spyder and 919 as sources of inspiration, Miguel designed the bike that represents the likeliness of an entry-level electric two-wheel motorcycle in the distant future. 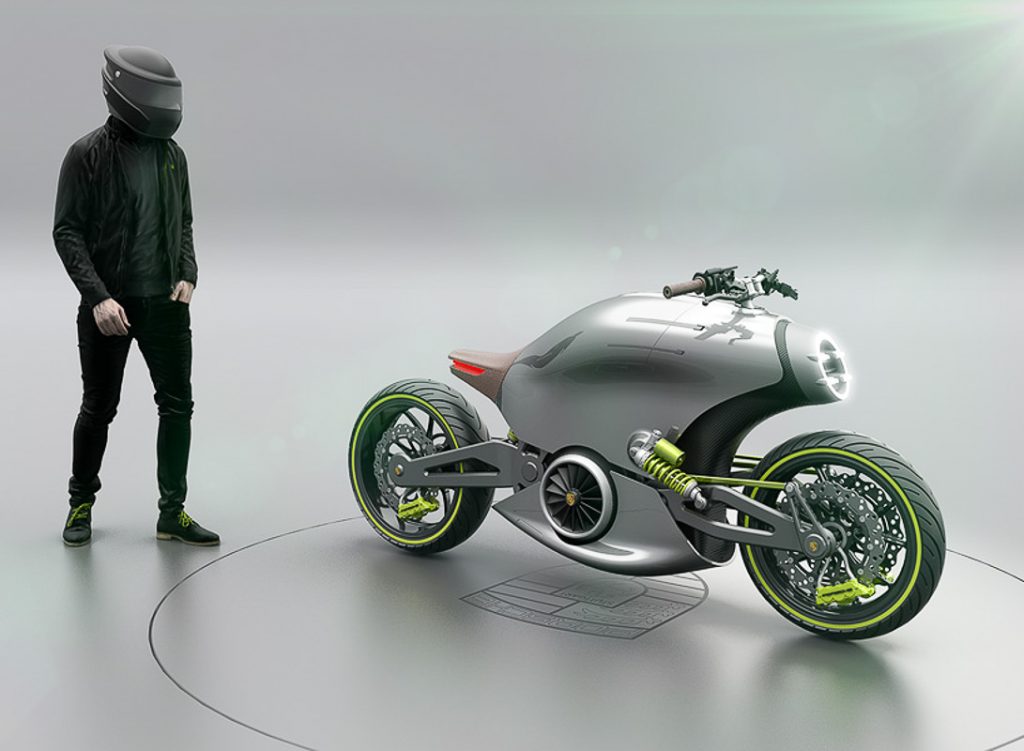 Designed with a low centre of gravity, the bike is thought to be more stable \ with the battery placement in the middle of the machine. The 618 concept also features a centre steering hub which is quite similar to the radical Vyrus 986 M2 Street motorcycle seen below (which is already available for ordering). CLICK HERE to know more about the Vyrus bike.

Storing items like your helmet is the probably the most stylish party trick of this concept. The ‘gas tank’ opens up like beetle wings exposing the interior space to store your Tron-like space-age full face helmet (can’t wait for someone to come up with that as well) and other futuristic goodies you might have lying around. 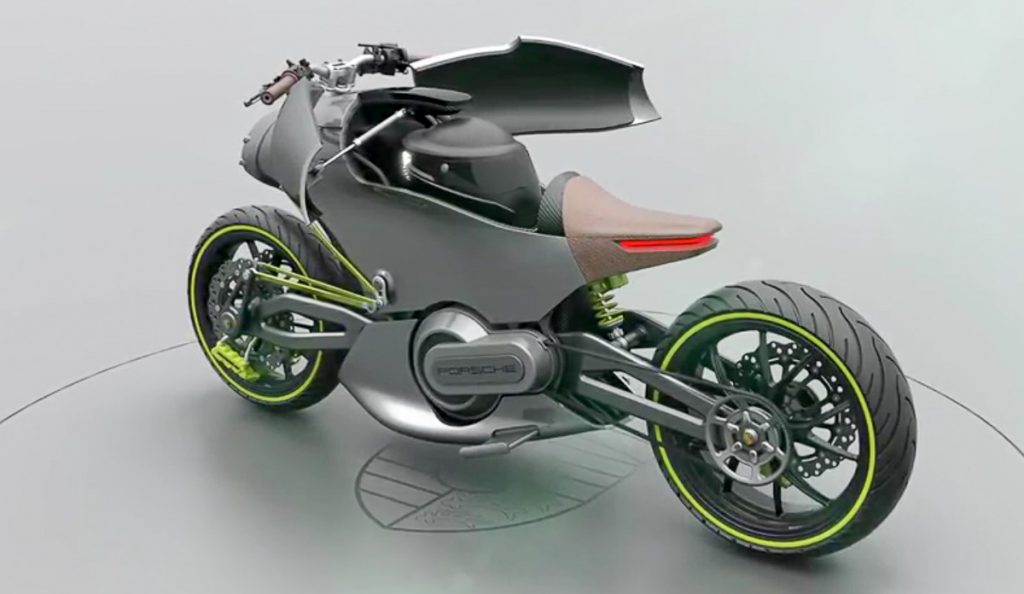 There’s also an eight-inch touchscreen (that’s Android and IOS friendly, of course) that provides vital bike information to the rider such as battery levels, nearest recharge stations and GPS. With this much technology cramped into a concept, we wouldn’t be surprised if it can even instruct your futuristic kitchen to prepare dinner while you’re on the way back home from a Sunday ride. So why does this concept reminds us of a duck?