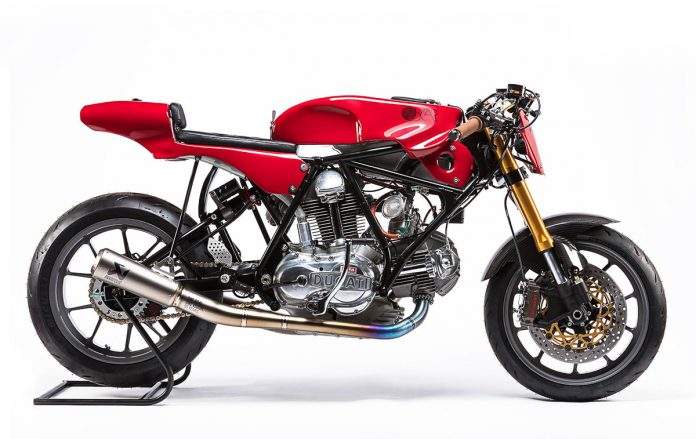 The custom bike was built by Michael Wooloway of Woolies Workshop from California.

It is powered by a 1974 Ducati 750 Sport build race engine and other MotoGP-inspired components used by their greatest riders. 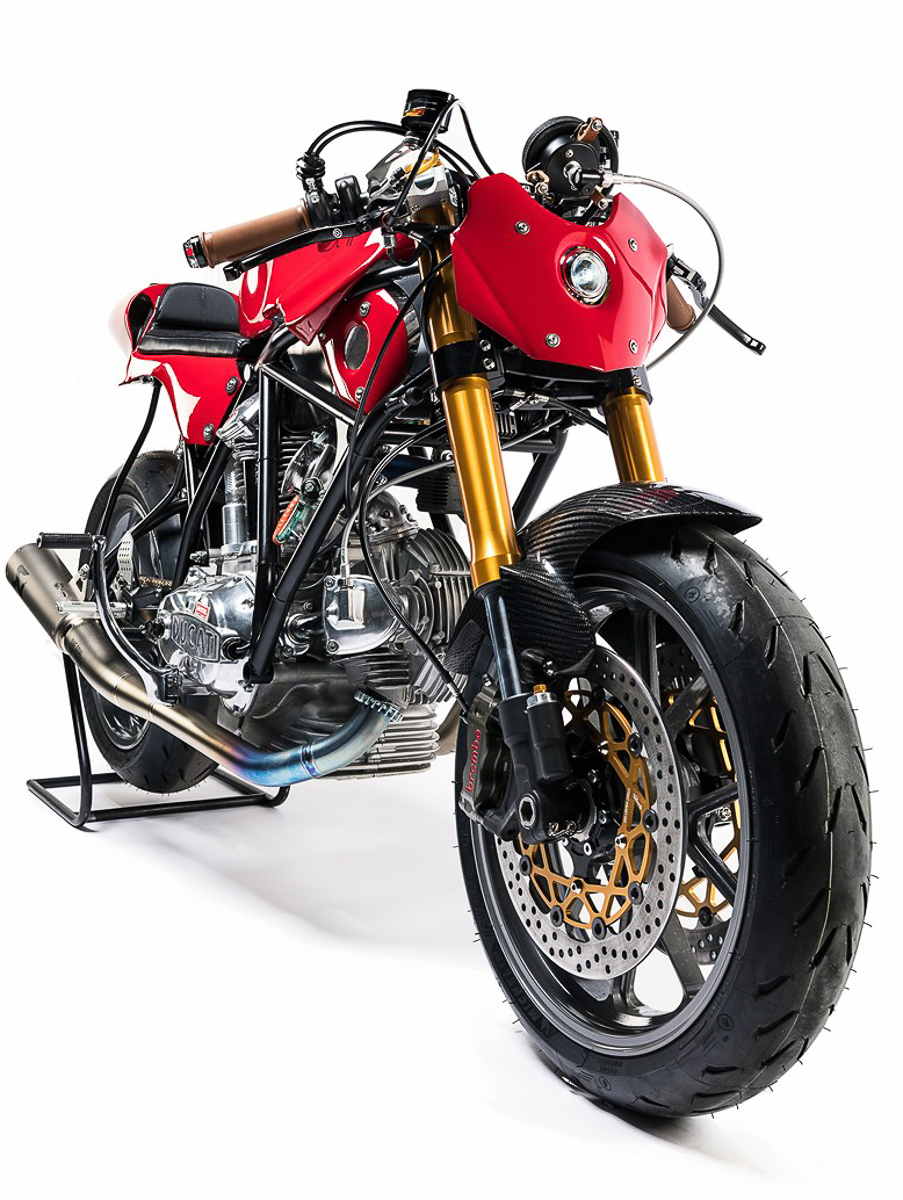 During the last MotoGP round that is the Grand Prix of the Americas in Texas, Italian’s premium motorcycle clothing manufacturer Alpinestars celebrated their 55th anniversary in the industry. How? By giving themselves a one-off custom bike as a gift! 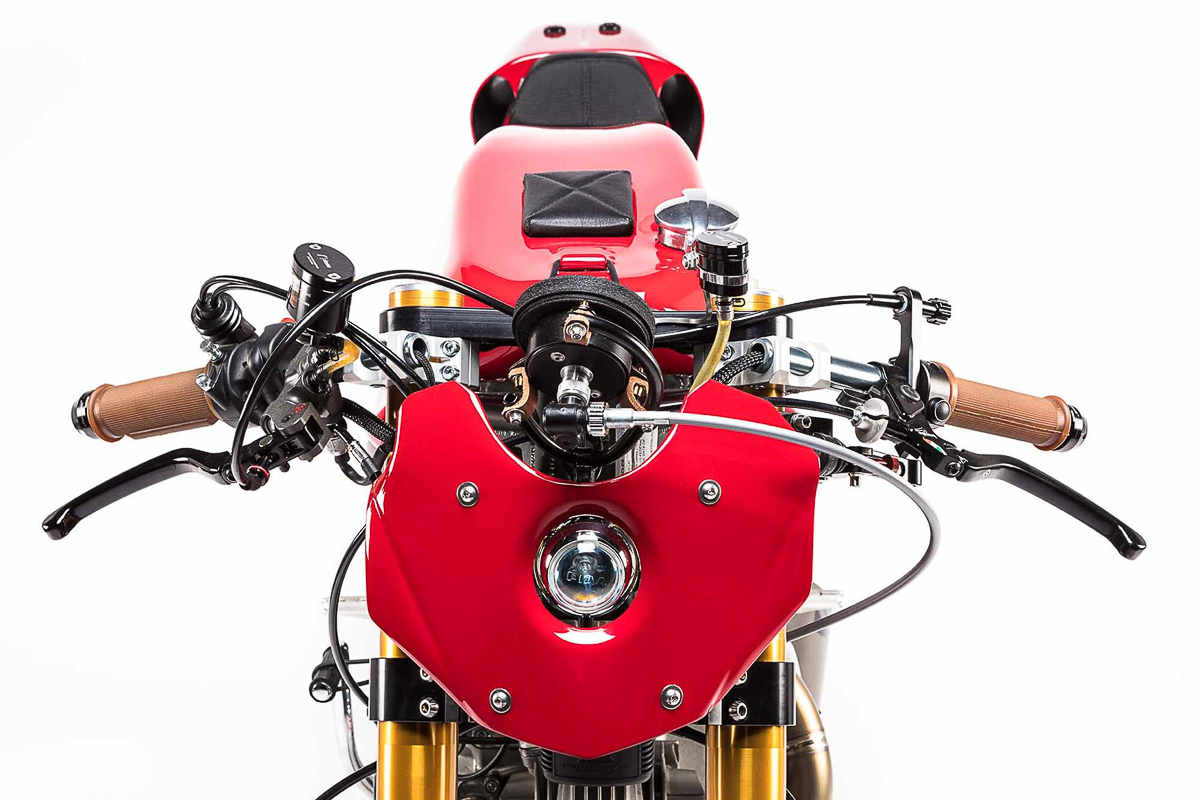 This one-off machine was built by Michael Wooloway, head of Woolies Workshop from California and it features a lot of historically-referenced details especially from MotoGP. Paying homage to some of Alpinestars’ greatest riders, it features specs like a thumb-operated rear brake as an homage to Mick Doohan and a seat similarly-fashioned like Nicky Hayden’s Ducati. 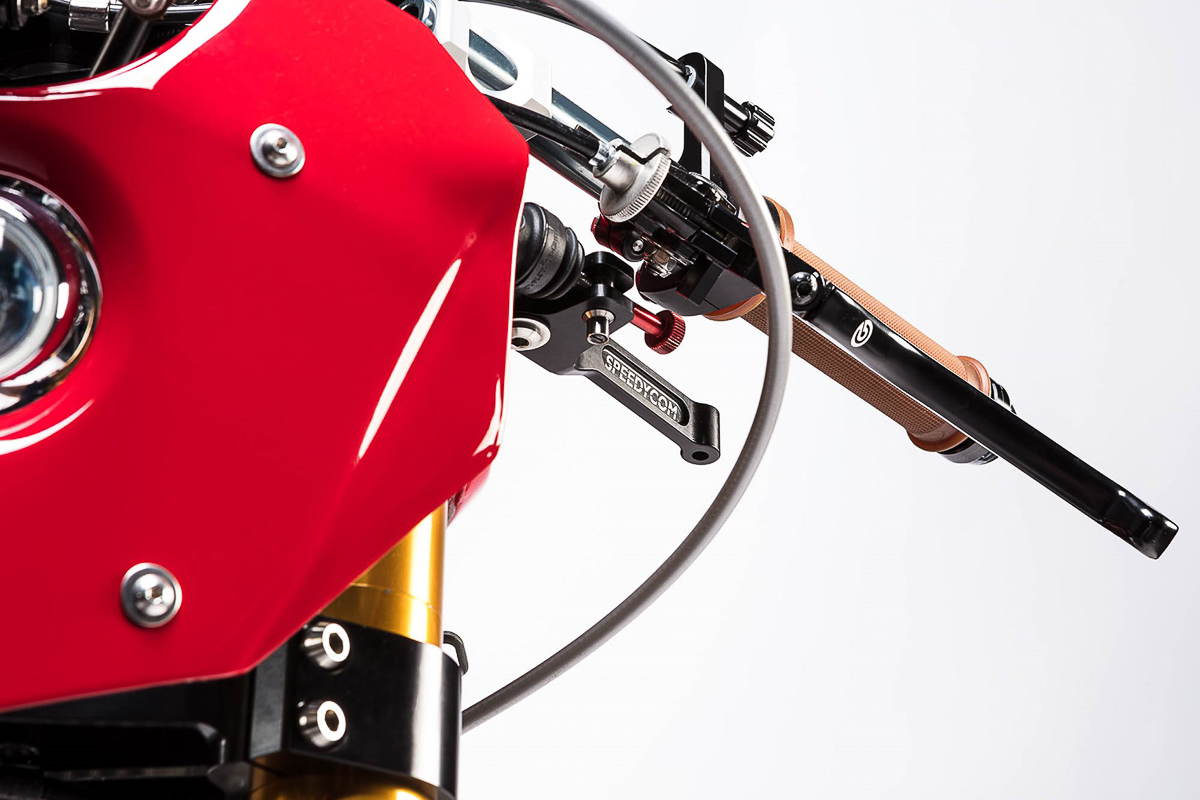 Based on a very special 1974 Ducati 750 Sport build race engine, Wooloway incorporated other modern day specs from brands like Akrapovic, Brembo, Michelin, and many more. The end result is nothing short of breathtaking. 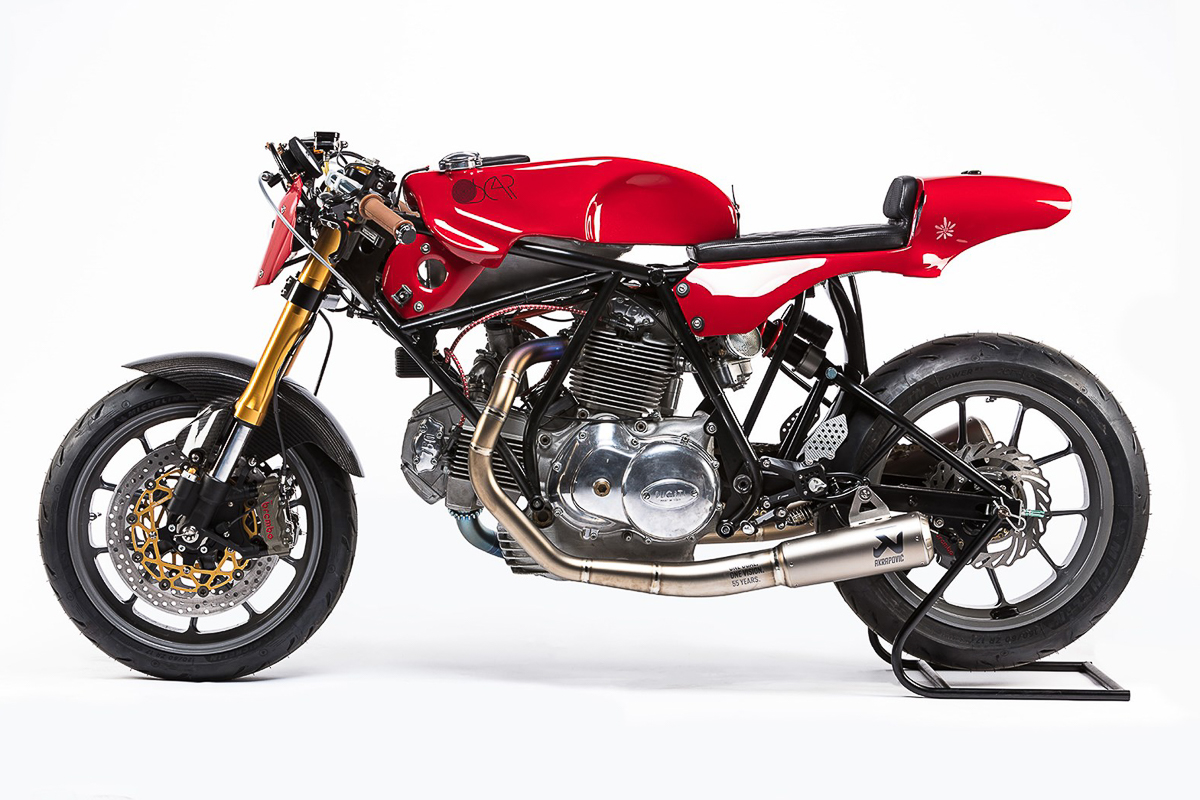 “Alpinestars has covered my body and protected me for all the years I have raced,” said Woolaway. “So, after talking with Alpinestars at Laguna Seca two years ago, I found a new 1974 Ducati 750 Sport build race engine still in a crate,” stated Woolaway. 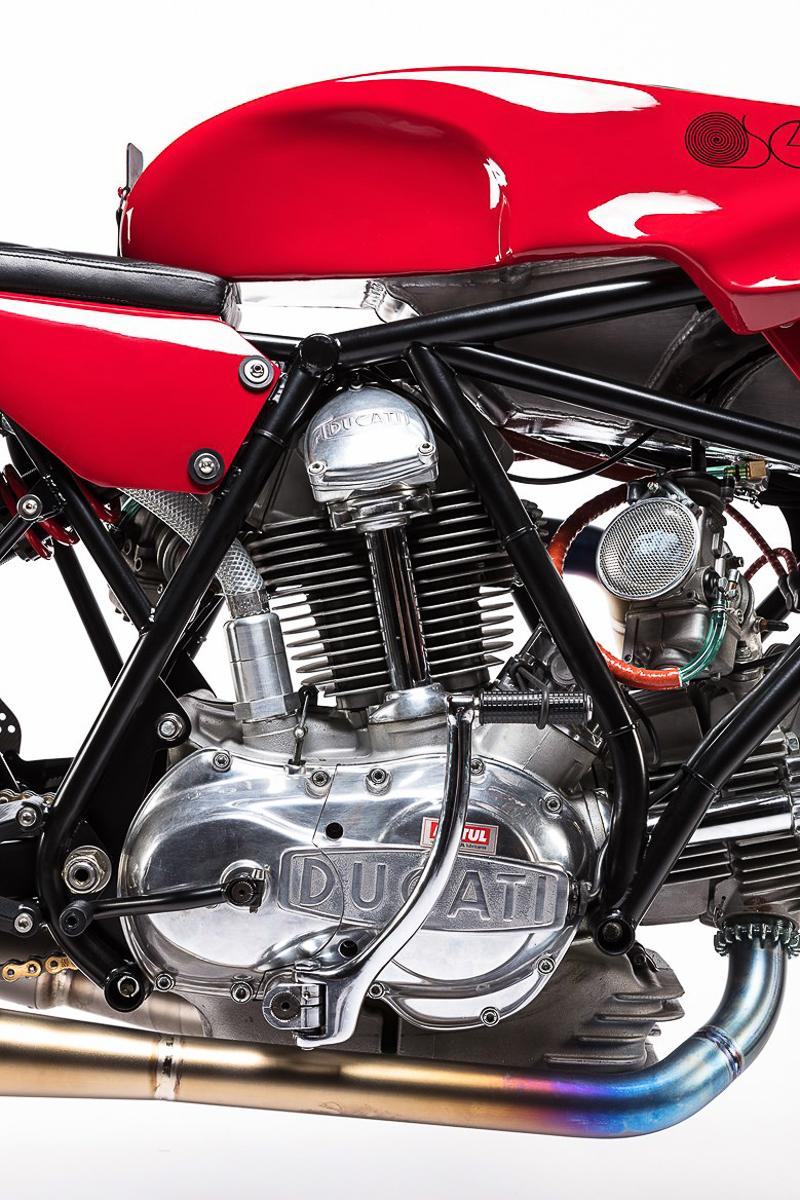 He then added “This motor was built to period race spec and would be the perfect Italian heart of the bike, but the bike also had to have current race-spec components to tell the whole “new and old” story of this brand with styling from 1960’s Italian GP and a bit of more modern Ducati GP. Frame builder Jeff Cole and I collaborated on the frame, and Jeff agreed to build the central section for this project.” 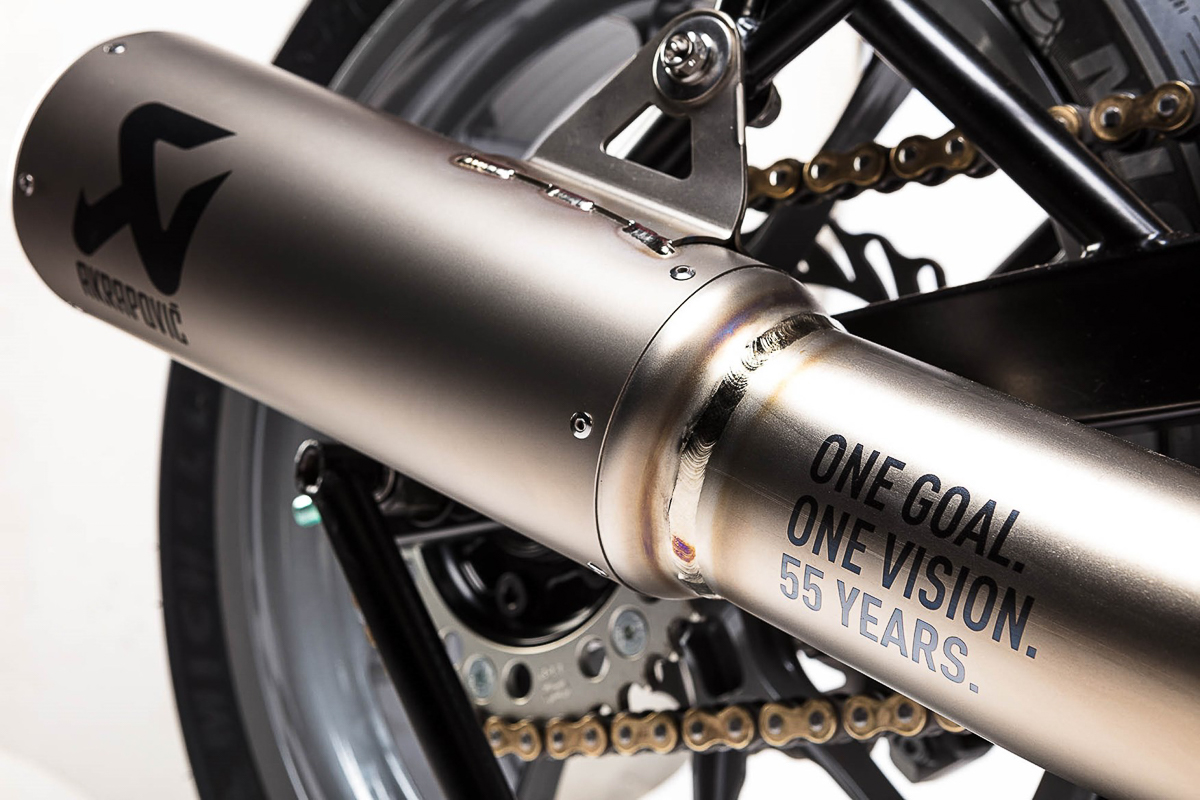 As for the icing on the cake, Marc Marquez (Repsol Honda) and Maverick Vinales (Movistar Yamaha MotoGP) finished the Austin GP in first and second place are both Alpinestars riders. Happy 55th anniversary, Alpinestars!