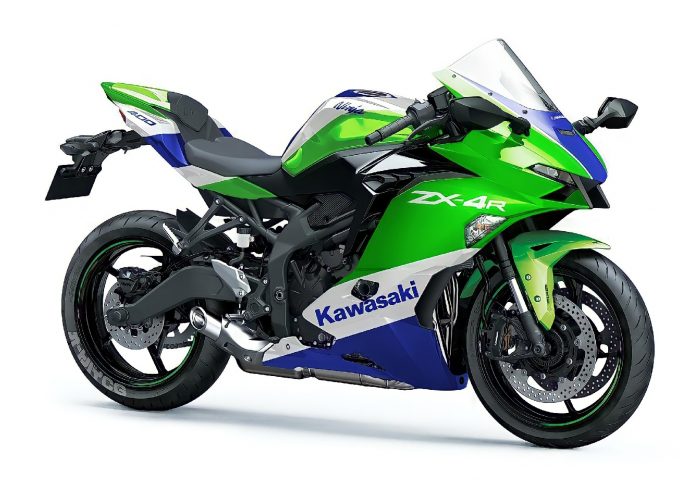 The Kawasaki ZX-25R is almost a walk down memory lane, taking us back to the glory years of the 4-cylinder screamer of the 80s and 90s.

Although we have yet to see the bike making its way to Malaysia, we are still hopeful that it just might, under the new management of MODENAS.

Nevertheless, Kawasaki is already working on another tempting machine in the form of a more powerful 400cc version, retaining the high-reving appeal of the original 1990 ZXR400.

The rumour first came out during the global introduction of the ZX-25R itself; however, reports in Japan have confirmed that the ZX-4R is sure to be launched soon.

Moreover, Kawasaki already filed a patent in 2019 showcasing a design that states “preferably applied to a vehicle having four-cylinder 400cc engine.”

Based on a rendered image shared, the upcoming ZX-4R is expected to be fitted with the same components from the existing ZX-25R, including the tubular steel frame and the banana swingarm.

According to reports, the ZX-4R will feature a revamped front and headlights, heavily inspired by the latest ZX-10R superbike together with the ZXR400 paint scheme.