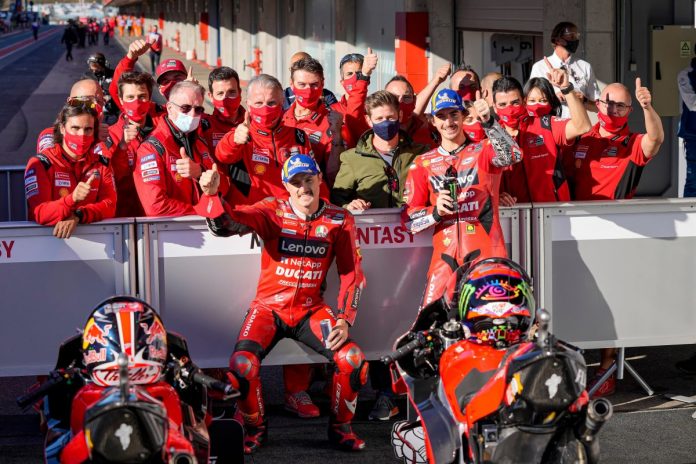 Francesco Bagnaia produced a dazzling display to record his third win MotoGP win of the season as the race was cut short due to a red flag incident involving Iker Lecuona and Miguel Oliveira.

The Ducati Corse rider was on top of his game in Portimao, leading every lap around the circuit since the start of the race. 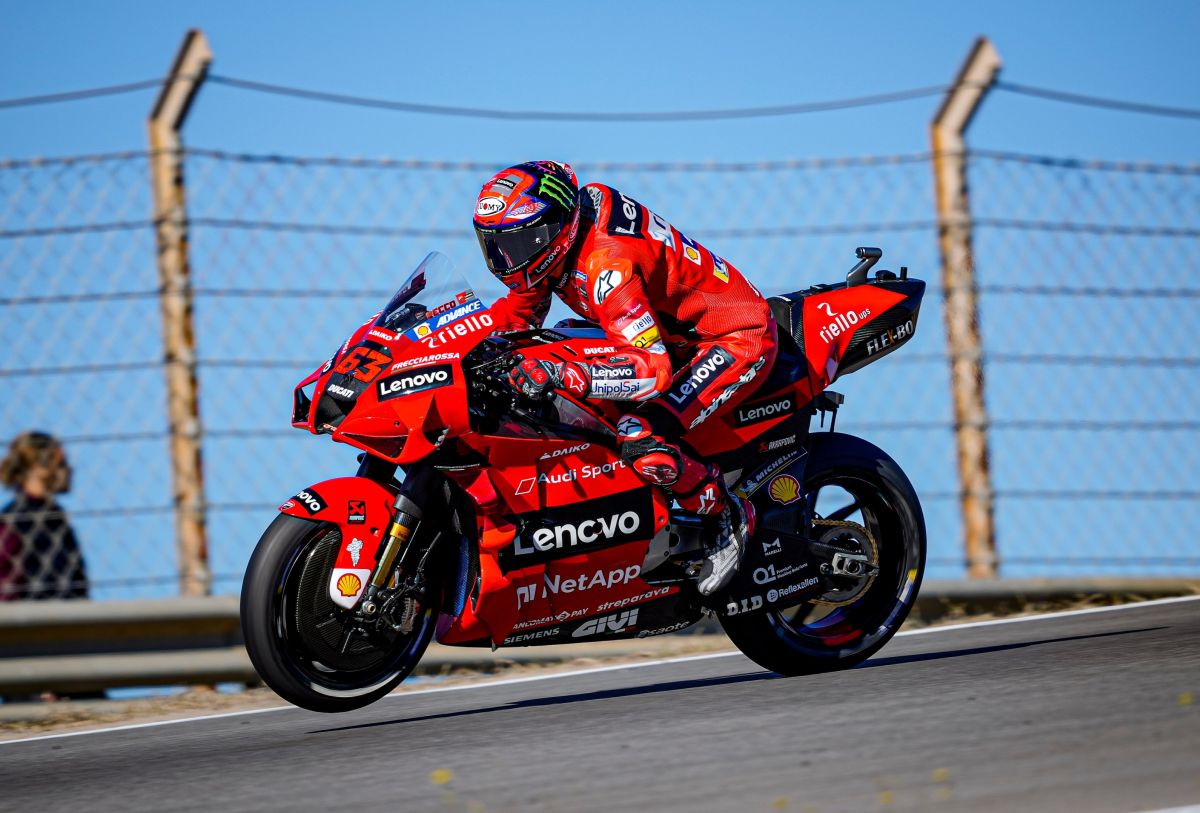 Despite a bad start that saw teammate Jack Miller take the lead from Bagnaia, the Australian lead lasted just one corner as Bagnaia repassed Miller at Turn 2.

Bagnaia was leading the race comfortably ahead of Joan Mir and Miller with just five laps to go.

Shortly after that, Lecuona crashed into Oliveira, which resulted in a red flag. 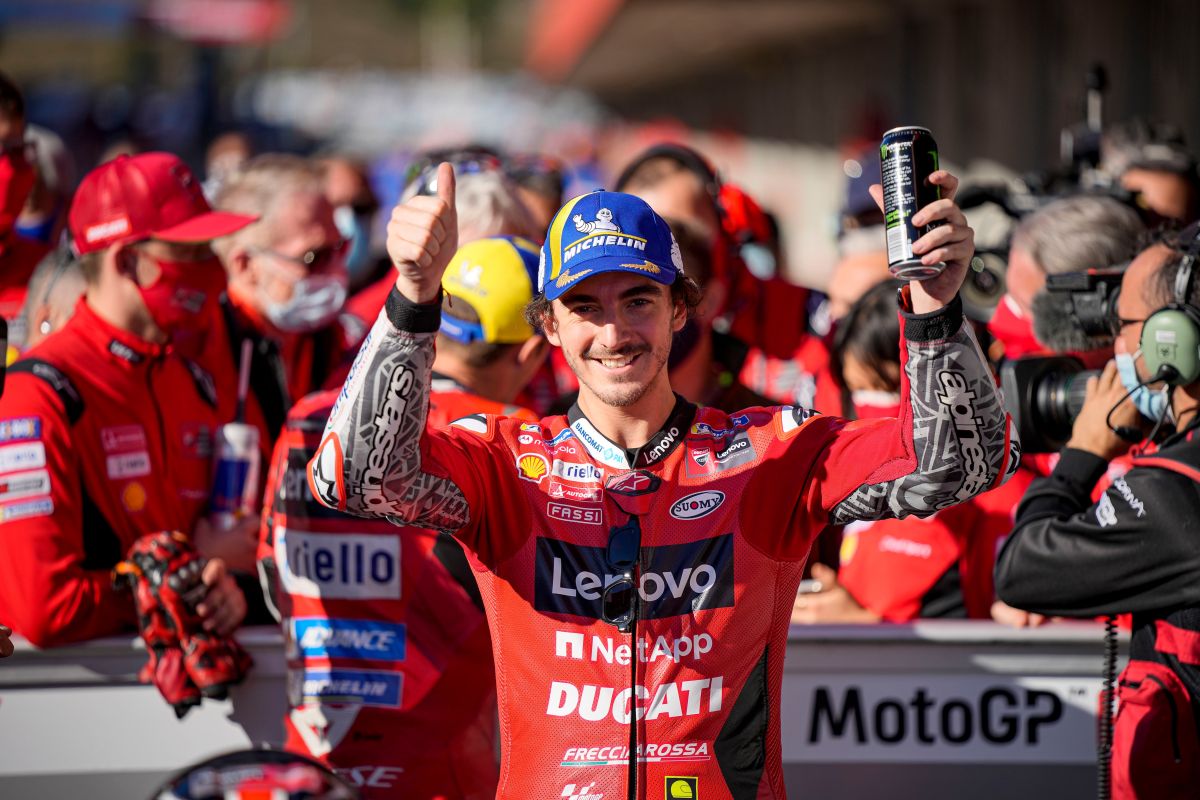 “I’m thrilled! We deserved this pole position, as in the Portuguese GP, our lap time got cancelled due to the yellow flags.

“I was improving again on the last lap, but unfortunately, I made a mistake in the last sector and went wide. We are strong this weekend; we tried both the medium and hard tyre, and we were pretty competitive with both.

“Today was cool and windy, but tomorrow the conditions should be better, so tomorrow morning we’ll evaluate what our final tyre choice will be for the race,” said Bagnaia. 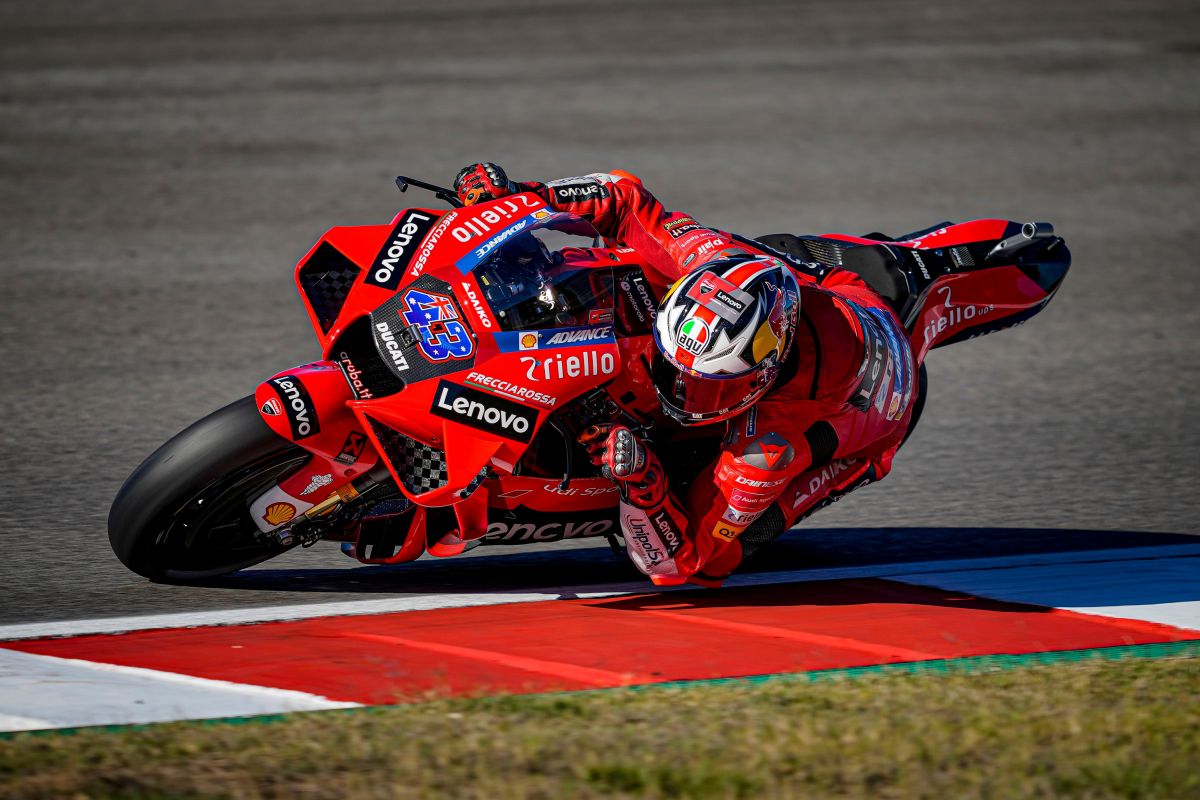 Meanwhile, the success of Bagnaia and Miller alongside fellow Ducati’s Johann Zarco, Jorge Martin and Enea Bastianini has helped the Italian firm to be crowned back-to-back 2021 MotoGP Constructors World Champion.

Ducati secured a total of 21 podiums this season.