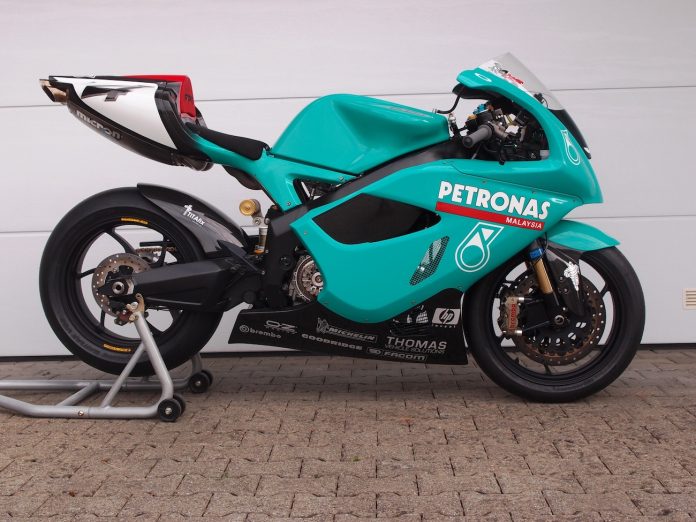 MCN reported that the particular bike has only 7km on the odometer and was sold at a retro show in Warwickshire. This unit came from 2003 but the bodywork has been restored to the original Petronas livery by the manufacturer.

We reported months ago about a batch of Foggy-Petronas FP1 acquired by a British race car firm, Lanzante. But the company did not reveal the number of units they have. They also insisted that their batch is not among the 129 bikes seized by Malaysian Customs.

MCN discovered 60 FP1s in a warehouse in Essex in 2010. Those 60 units plus another 69 were sold to Momoto in Malaysia and rebadged as the Momoto MM1. But they were soon seized by the Customs for not paying the import and excise duties. Momoto sued Petronas but there was no other news thereafter.

The Foggy-Petronas FP1 road-legal bike was made to homologate it for World Superbike racing. the Sauber Racing 899cc three-cylinder engine produces 127 hp at 10,000 RPM and 92 Nm of torque at 9,700 RPM. The bike is also bedecked with high-end componentry such as Öhlins suspension, OZ Racing wheels and Brembo brakes.