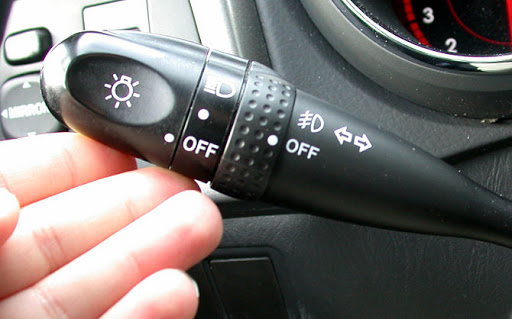 I commute on my bike on daily basis, seven days a week. And I could actually count and remember the number of cars who actually use their turn signals on each trip.

Of the thousands of cars and other vehicles (including motorcycles), only an average of 30 actually used their turn signals. That’s per one-way trip and it seems to be getting worse.

Just today alone, I had 3 “donkey-holes” who just jammed their brakes in front of me. No signal.

Yeah, yeah, I admit that not all motorcyclists are angels, especially this epidemic in Malaysia where the red light means a suggestion to stop for some idiots. But we’ll get to that and we’re not going to hold back. Unfollow us be damned.

Okay, okay, enough ranting and let’s get on with it.

Complete lack of thoughts and consideration for others. What’s important is that he or she gets there, everybody else can go and hang. I don’t like to stereotype, but this sort of drivers are usually in big boxes with four wheels and those who think their vehicles can go anywhere. Wink wink.

“I’m turning left at the intersection ahead and I’m already in the left lane. So, why do I need to signal?” Wrong! Your car hasn’t got all the aerofoils and spoilers of a Formula 1 car, does it? Meaning you do slow down before turning. The sudden drop of speed gives little to no warning to the vehicle behind.

What I meant is his favourite song, but since he drives like a buffoon, it might as well be Bieber. Point here is about being distracted. Besides the stereo, it could be the cute Amoi (Chinese girl) or Awek (Malay girl) he’s trying to impress, a mom who’s child has just spilled his milk (from inside his tummy), yelling match with the spouse, daydreaming of being alone with Margot Robbie on a desert island (hubba, hubba), thinking of ways to show the Boss who’s the real boss, discussing multi-million Ringgit project on the phone, etc., etc.

5. Too troublesome or lazy to signal

Uh huh. Yes, I personally knew drivers like these. You want to know troublesome, dude? Try holding on to the clutch lever then stretching your thumb out to push the turn signal button on a bike. Riders with small hands and short fingers know how it’s like. And you, in the car, have the signal stalk right at your fingertips, which you can sweep it on in one single motion when you turn the steering wheel. And you’ve air-conditioning and Bieber to listen too, on top of that!

One of my family members used to stick religiously to this mantra. He seemed to have this notion that the car in the next lane would intentionally speed up to cut him off should he signal his intentions. My observation was that the other cars were already too close, and he was just trying to muscle in at the last possible moment.

He’s since stopped this habit, after almost causing a motorcyclist to smack into his rear bumper. The rider retaliated by breaking his side view mirror.

7. On a dark desert highway

There are times when the roads are so deserted it’s like the shimmering lights are still far away. But rural roads are where other vehicles or people or animals will jump out of nowhwere.

BONUS: I use my signal thus am a VVVVVVVVVVVIP

Not that we don’t appreciate those who do use their turn signals. However, there are some who think that the act of signaling means an M1A1 battle tank or Airbus A380 has to give way.