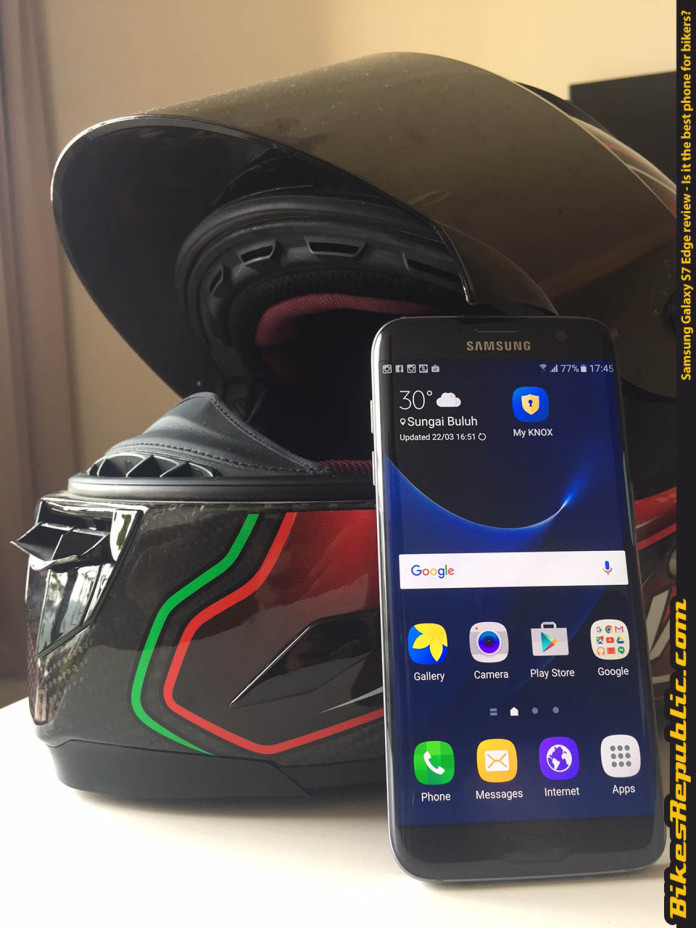 If you were to create a list of most important things for a biker, a waterproof camera or phone would be up there in that list. Of course getting the world’s best android phone which just happens to be water resistant is a complete bonus. But that is exactly what Samsung Malaysia has just introduced in the form of the Galaxy S7 Edge.

Samsung says the new S7 Edge is equally beautiful to look at as it is to hold in your hand, and there is no reason to think otherwise because it truly is a beautiful phone from all angles. It fits perfectly into your palms because of its curved edges, it is seriously thin which is great for riders because it can fit almost anywhere in your riding jacket. 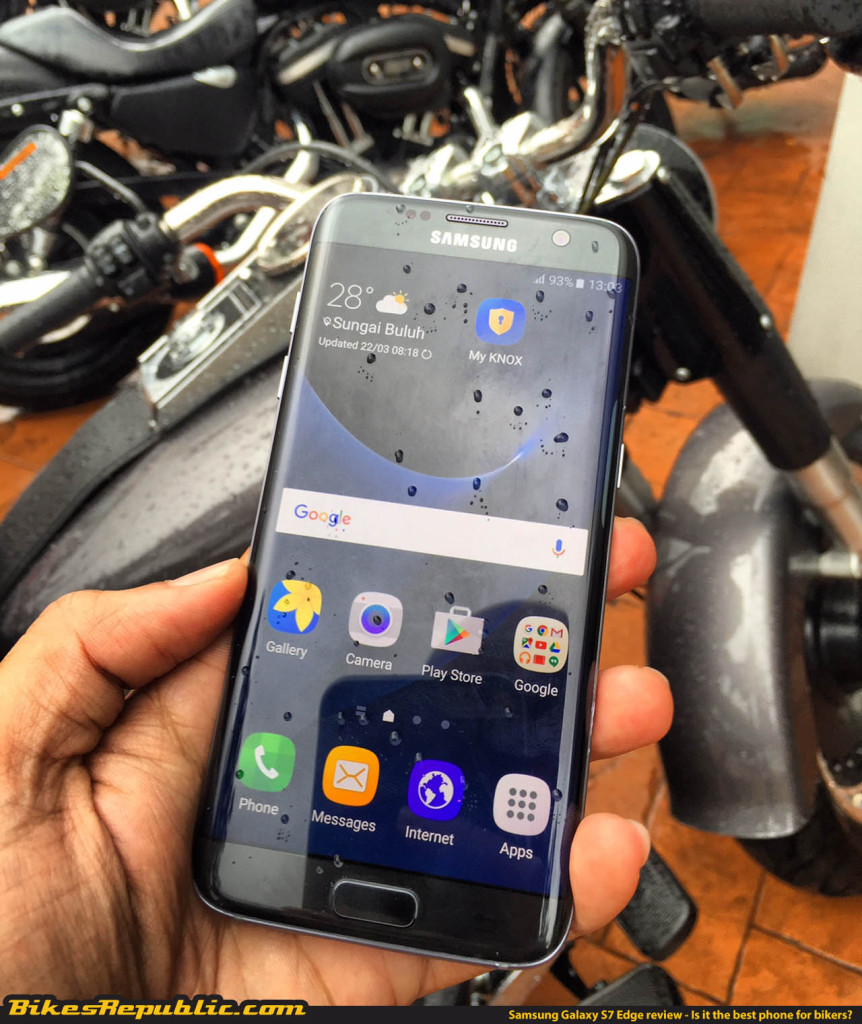 Though it has received rave reviews, the new Galaxy S7 Edge would feel familiar to some, specifically owners of the previous S6 Edge. But familiarity is where it ends because a lot about the phone is better, a lot better – the camera is better, the battery lasts longer, it feels better, it is just better in every single way. So much better that some online sources are already calling it the “Phone of the Year”, and it is only March mind you.

The S7 Edge is made of metal and glass and has a unique curved display. But one of the most significant physical changes is the camera module that now sits flush with the body of the S7 Edge while the S6 Edge features a protruding module. This is great for when you want to lay the phone flat on a table and type out a message, the phone will not rock from side to side as you type out your business. 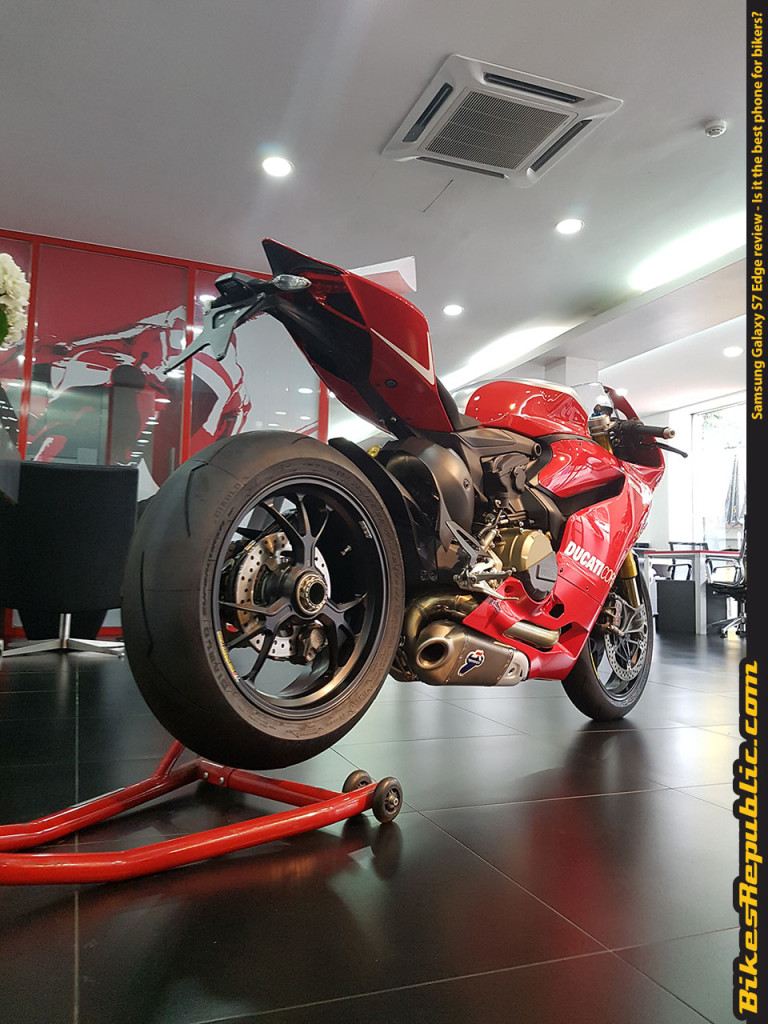 The screen on the S7 Edge measures 5.5-inches, which is the same size as the one of the iPhone 6 Plus. Except that the 6 Plus is a bigger phone than the S7 Edge, which is great news for bikers who don’t want to compromise on screen size but yet do not want to carry around such a large phone like the 6 Plus. In fact the 6 Plus looks dated, brick sized as compared to the sleeker and lighter S7 Edge.

And the best part is the fact that the S7 Edge is now IP68 rated for water-resistance. What that means is that the phone is able to withstand up to a meter of water for up to 30 minutes. Great news for bikers who leave their phone exposed on handle-mounts, in the pocket of their jeans or in their jackets. It will be able to handle rain, no problem.

As for the screen, Samsung again has the competition beat with its Super AMOLED technology. It is no secret that AMOLED screens offer more beautiful display than their LCD counterparts, but the 534 pixels per inch density of the S7 Edge displays crisp clear images, good enough to be used in publications and on websites likes Bikes Republic (test shot below and above). 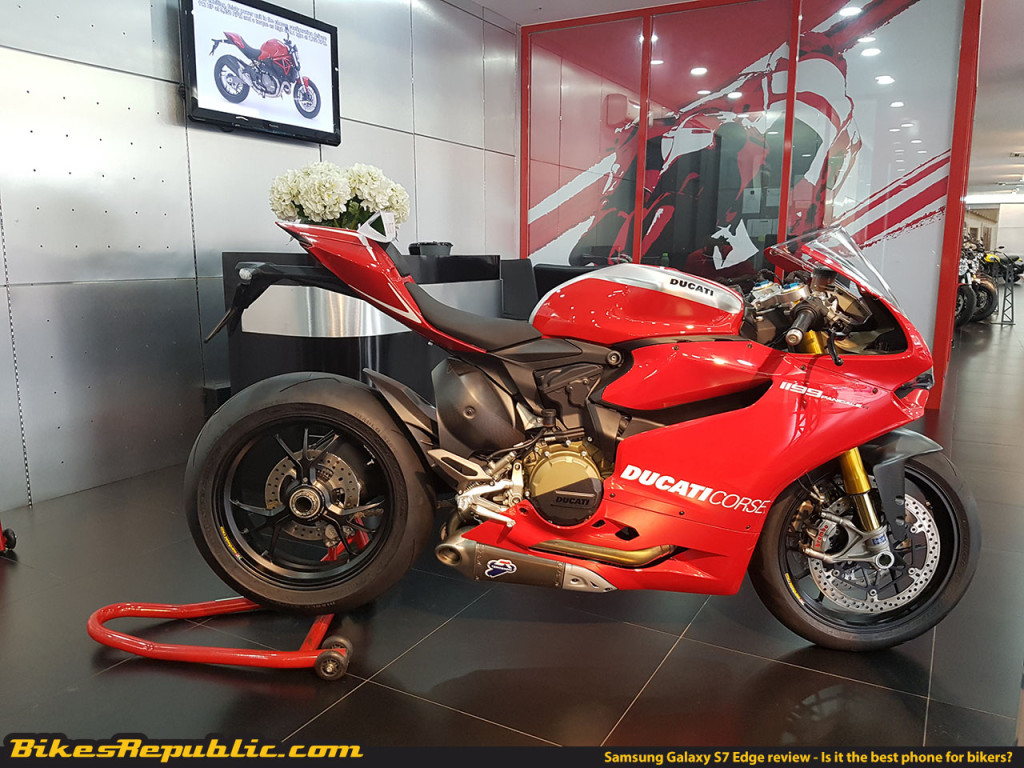 Of course, no phone review is complete without touching on the camera, but you wouldn’t expect the S7 Edge to be any lesser. The new phone has fewer pixels than most of the competition, but produces better quality pictures and videos. The S7 Edge has been engineered to produce better low-light performance, and Samsung has incorporated a new technology called Dual Pixels, and it works to improve the auto-focus of the camera, for those quick selfies when you spot a beautiful landscape. 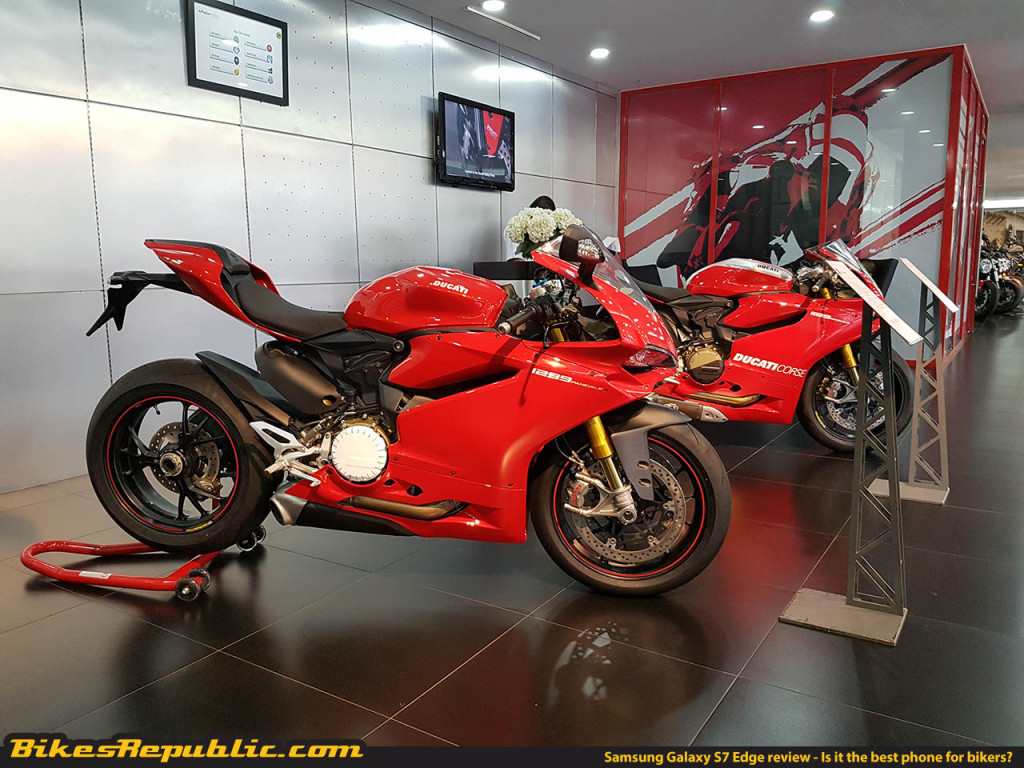 The camera also offers you different modes, i.e., a Pro mode that adjusts the focus points, manual ISO and white balance, and the ‘Live Broadcast’ option lets you upload videos directly to Youtube for the world to watch.

So that is that for our quick review of the new Samsung Galaxy S7 Edge. For the next few weeks we will be posting pictures exclusively shot on the S7 Edge on all our reviews and such so watch this space as we bring you details from the Best Phone for Bikers – the Samsung S7 Edge.