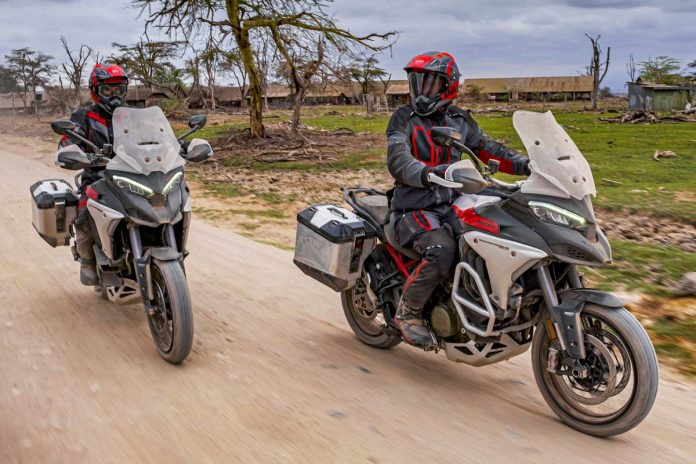 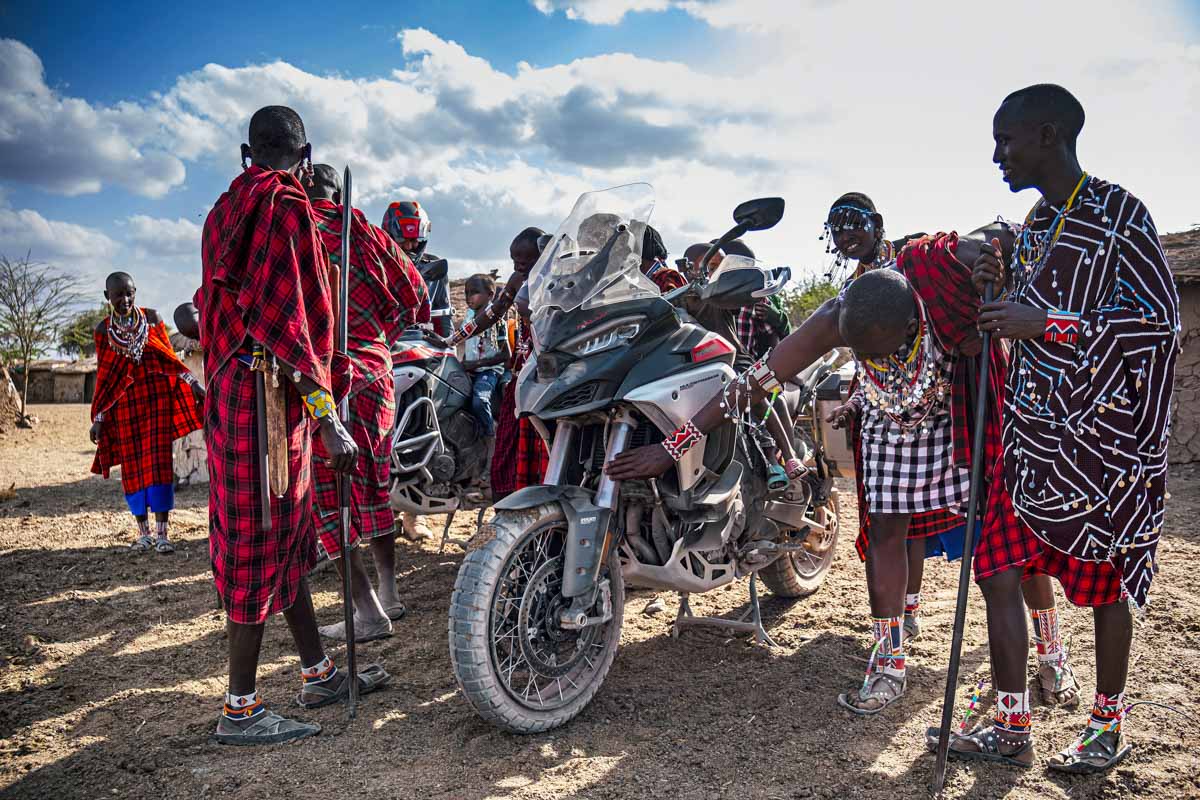 However, the new variant is born for dirt, as the name suggests. 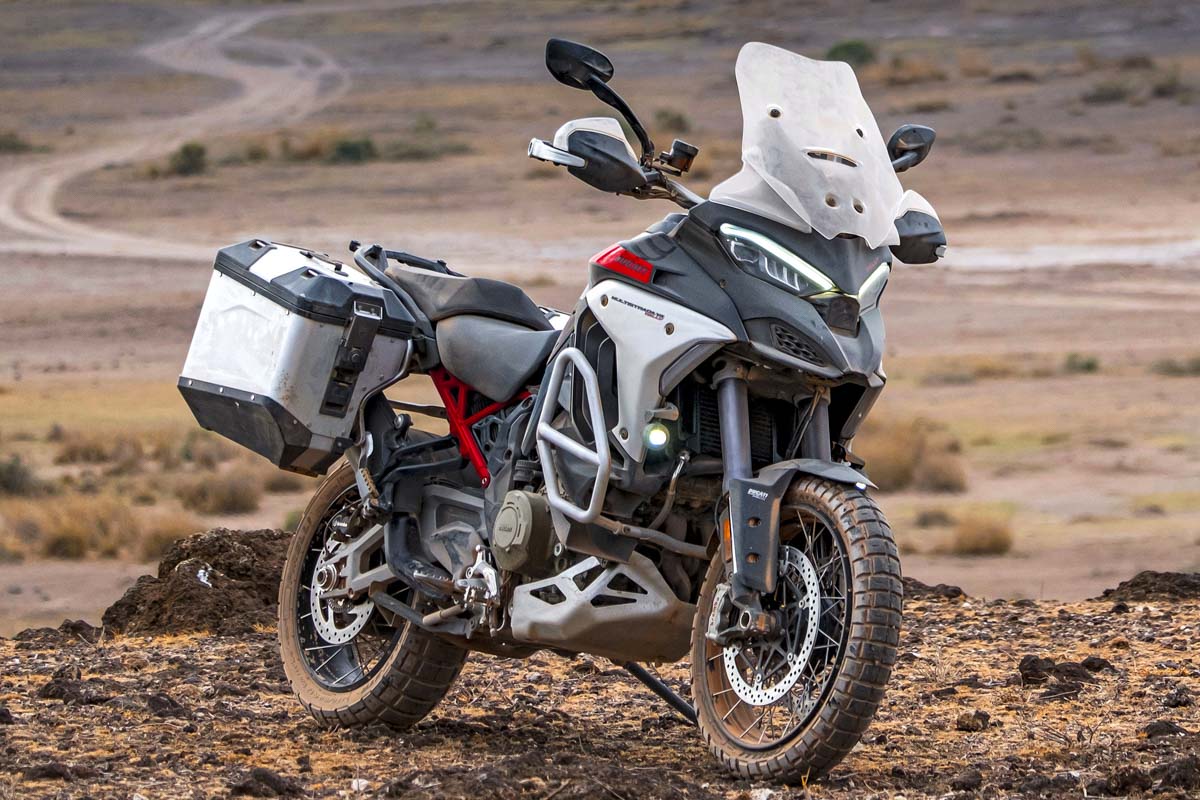 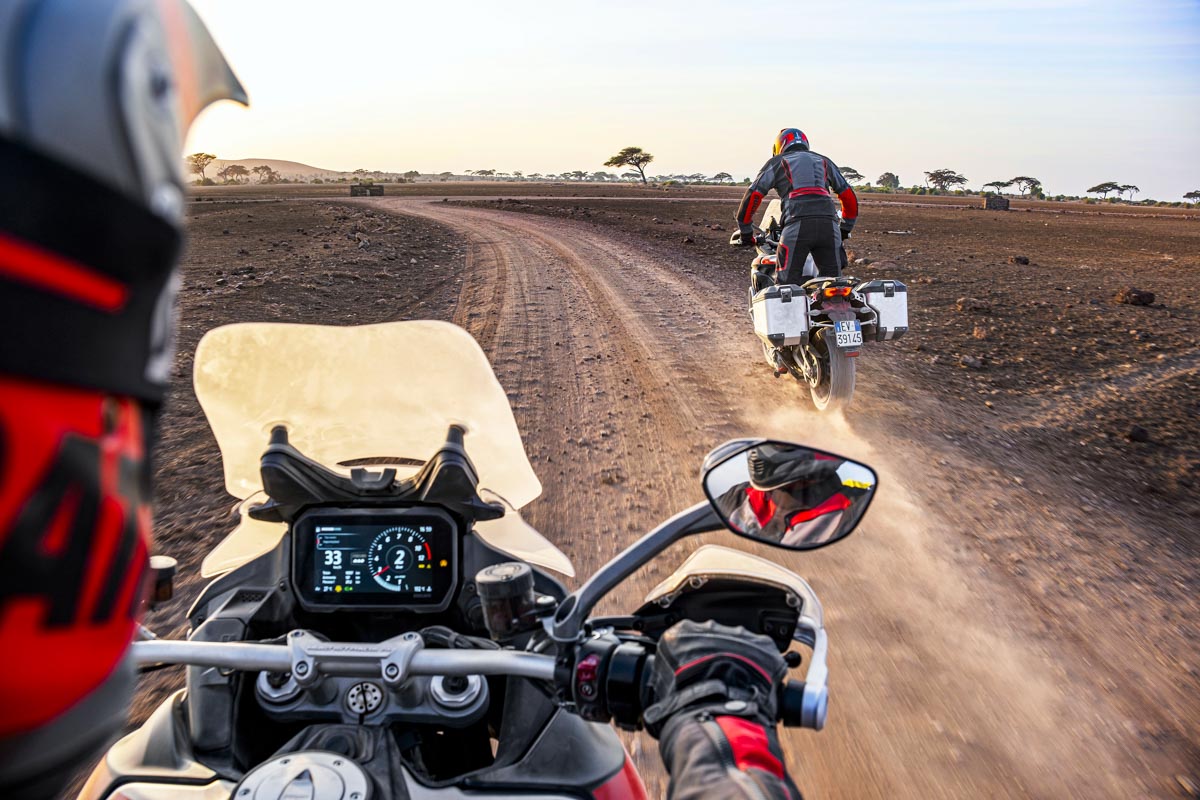 Ducati also added a new power mode on the Ducati Multistrada V4 Rally that allows for a better riding experience for extreme off-roading.

The new Enduro Riding Mode reduced the power to just 114hp and adjusted the traction control switches to a lower intervention level. Wheelie control and rear-wheel ABS are also deactivated to adapt to off-road riding. 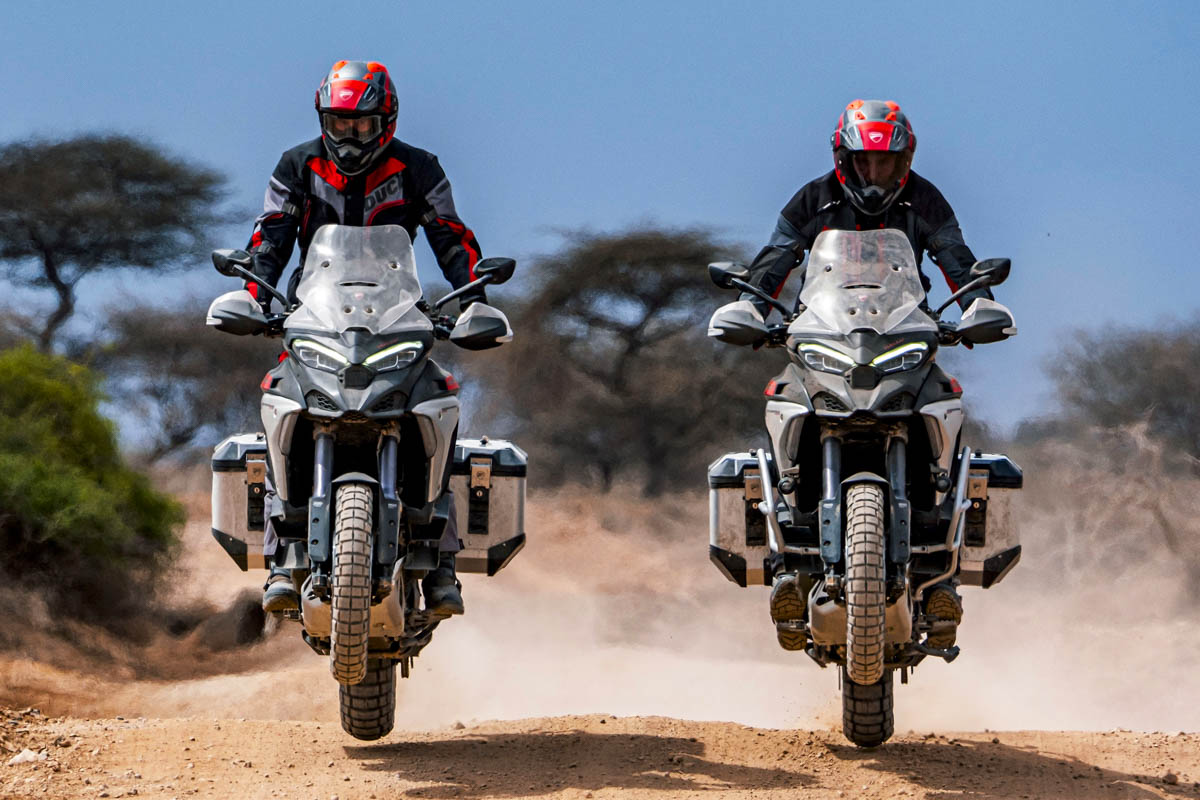 The new Ducati Multistrada V4 Rally also comes with spoked wheels as standard, a feature that is an option on the V4 S.

Coming on to the best bits, the new Multistrada V4 Rally is slapped with a massive 30L fuel tank, pushing the bike’s range to about 370 kilometres. 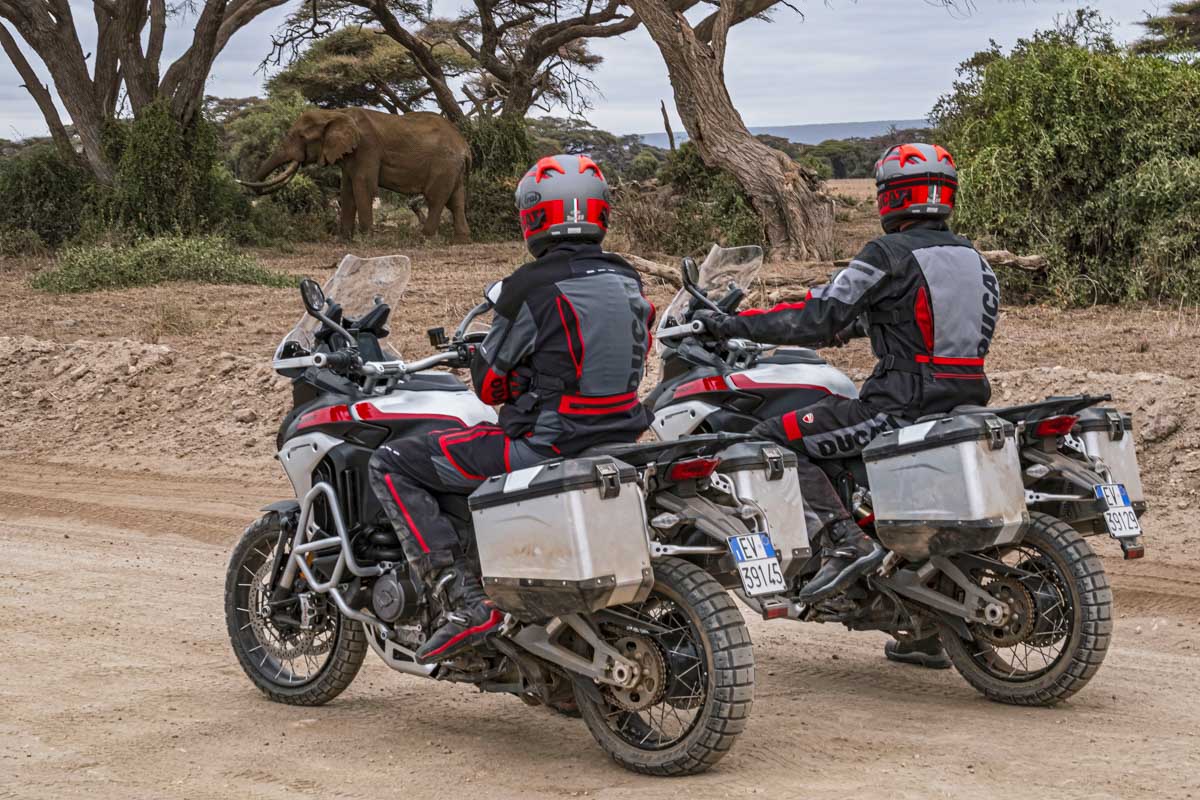 According to Ducati, the Granturismo V4 engine now features rear cylinder deactivation that’s not only operates during a standstill but also while riding gently. The new feature can help to boost the bike’s fuel economy.

Also new on the Ducati Multistrada V4 Rally is the introduction of an adaptive ride height function similar to the Harley-Davidson Pan America 1250. 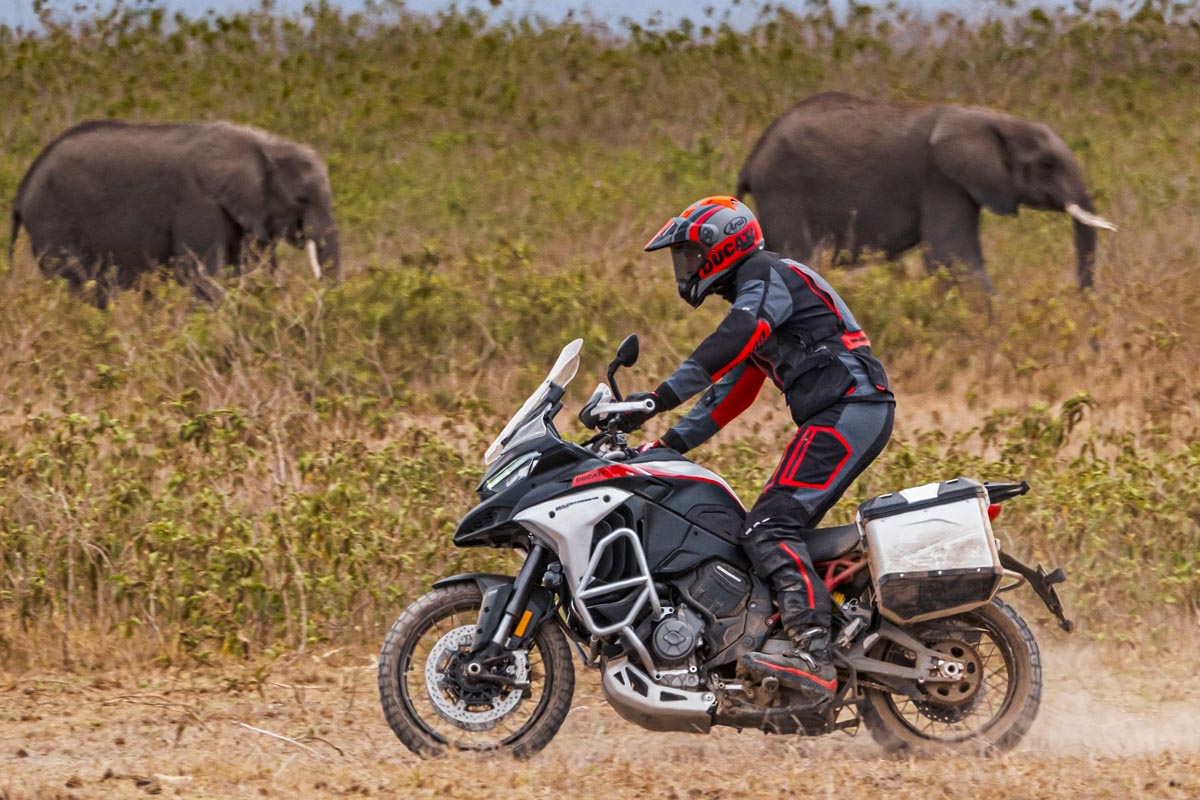 The suspension will lower the bike’s height when the ignition is turned on, making it easier to get on and off the motorcycle.