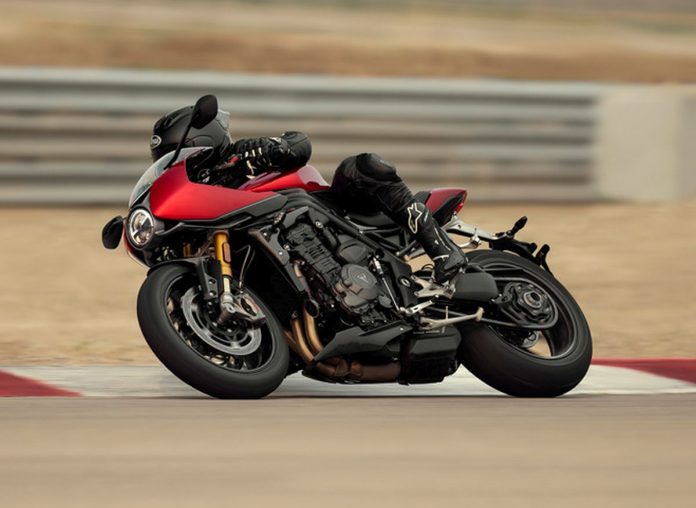 The highly-anticipated 2022 Triumph Speed Triple 1200 RR finally arrived in Malaysia and is priced at RM119,900.

The official announcement was made by the brand official distributor in Malaysia, Fast Bike Sdn Bhd. 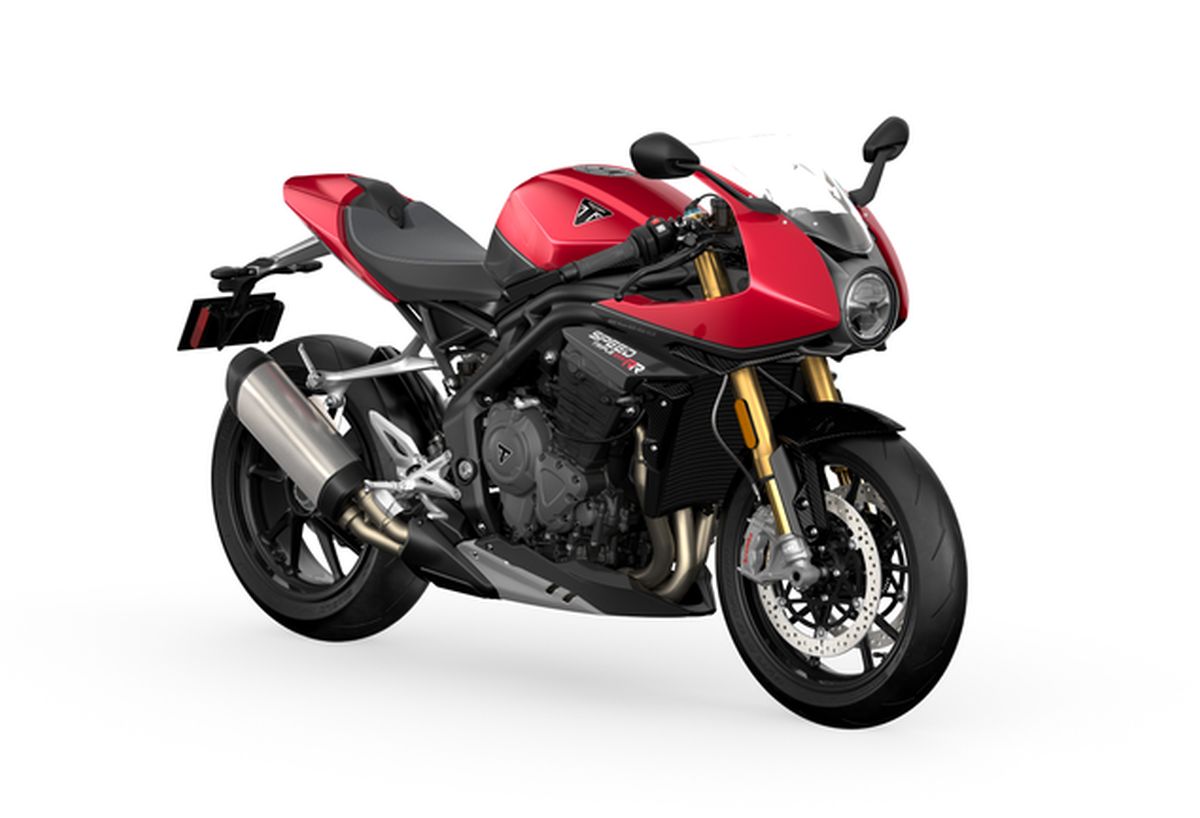 According to the statement, the introduction of the Speed Triple 1200 RR – including the Tiger 1200 and Tiger Sport 660 – will set a new benchmark in their respective segment in Malaysia.

“Motorcycles like the Tiger Sport 660, Tiger 1200 and Speed Triple RR are not only engineered and designed to set new benchmarks in their respective classes, but to make a very bold statement with their on the road presence. 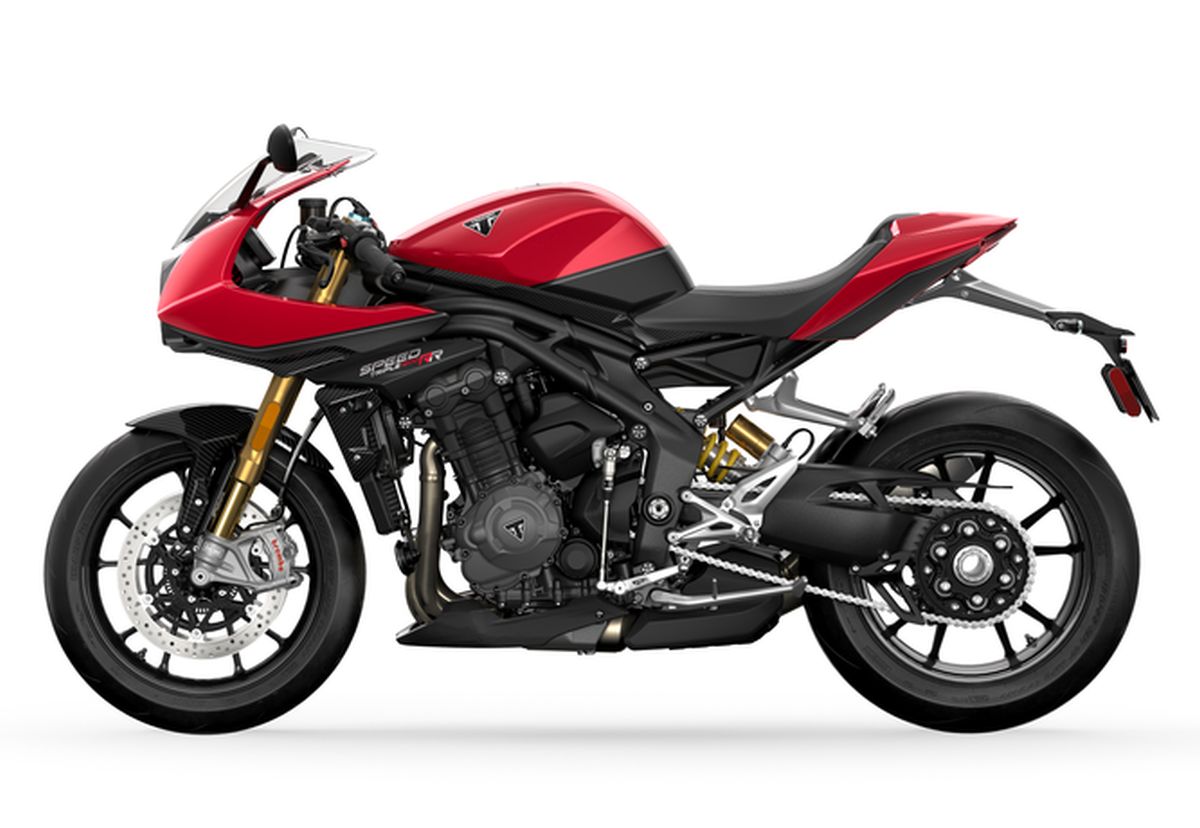 The new Speed Triple RR is based around its naked cousin (the Speed Triple RS) but with additional electronic suspension and semi-front fairing.

While it may feature the same frame, subframe and fuel tank, the Speed Triple RR is an altogether new motorcycle. 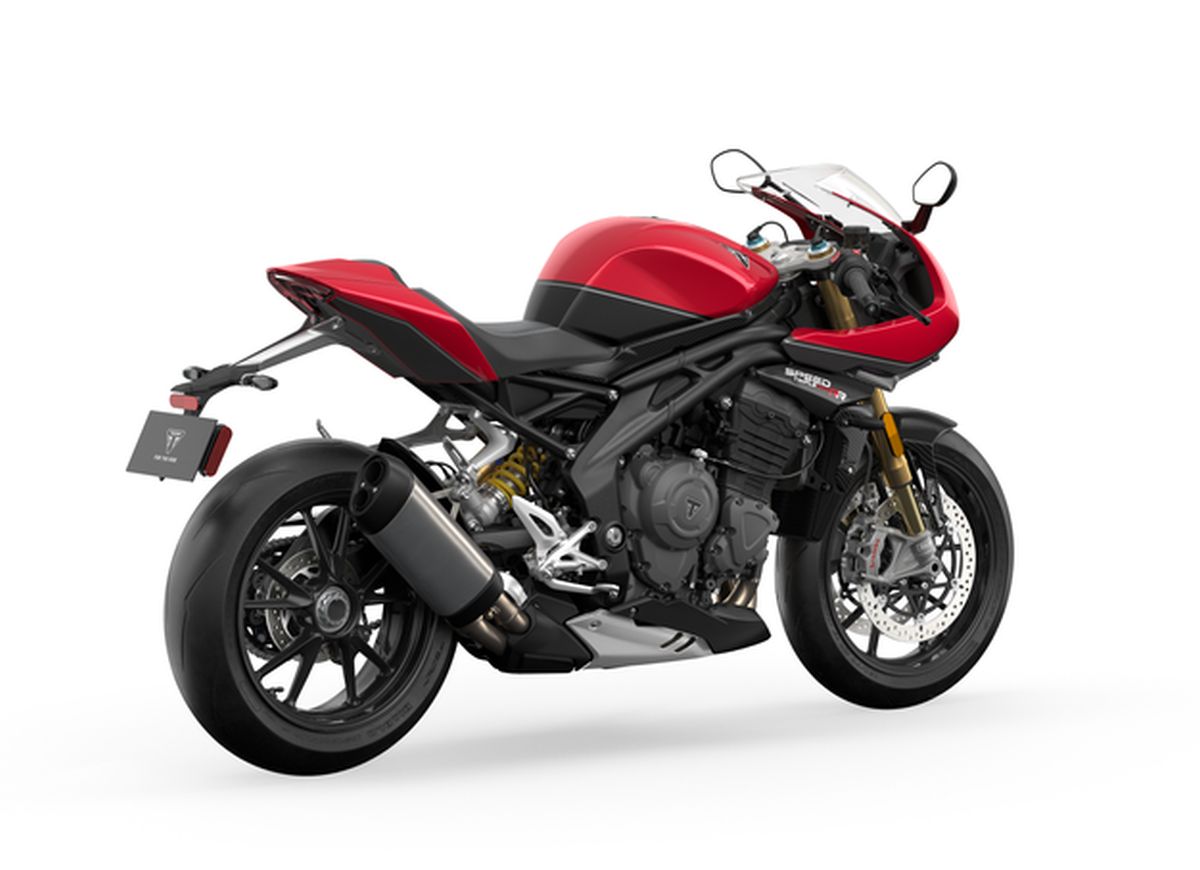 The most notable change is the introduction of the semi-active Öhlins Smart EC 2.0 electronic suspension, replacing the NIX30 inverted fork and TTX36 twin-tube monoshock on the RS.

Other significant revisions include more aggressive ergonomics thanks to 5 inches lower and 2 inches forward clip-on handlebars and raised footpegs. 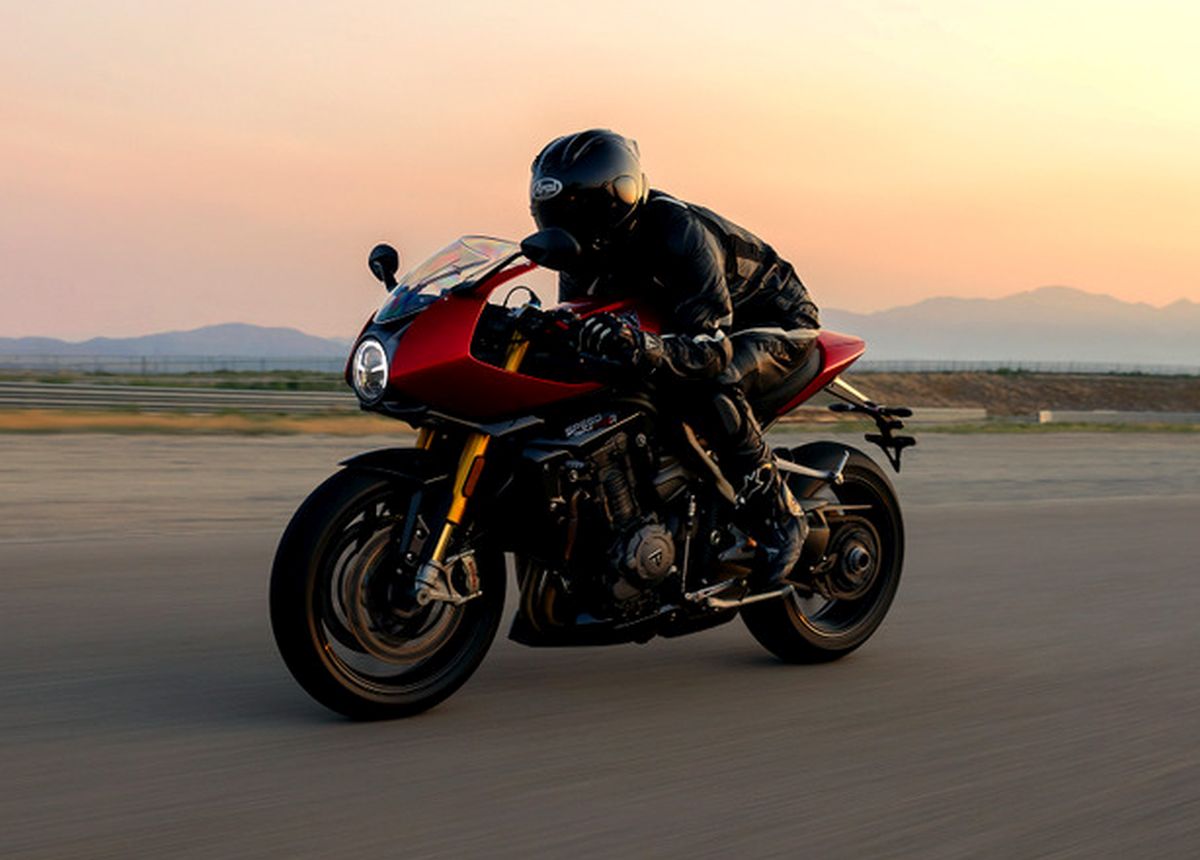 Moreover, the use of a single circular LED headlamp paired to a retro-ish front panel, and Red Hopper/Storm Grey colour scheme creates a striking image.

Nonetheless, underneath the elegant looking sports bike sits the same liquid-cooled, DOHC, 1,160cc triple-cylinder engine with 177hp and 125Nm that powers the Speed Triple RS, including a 6-speed gearbox with slip and assist function. 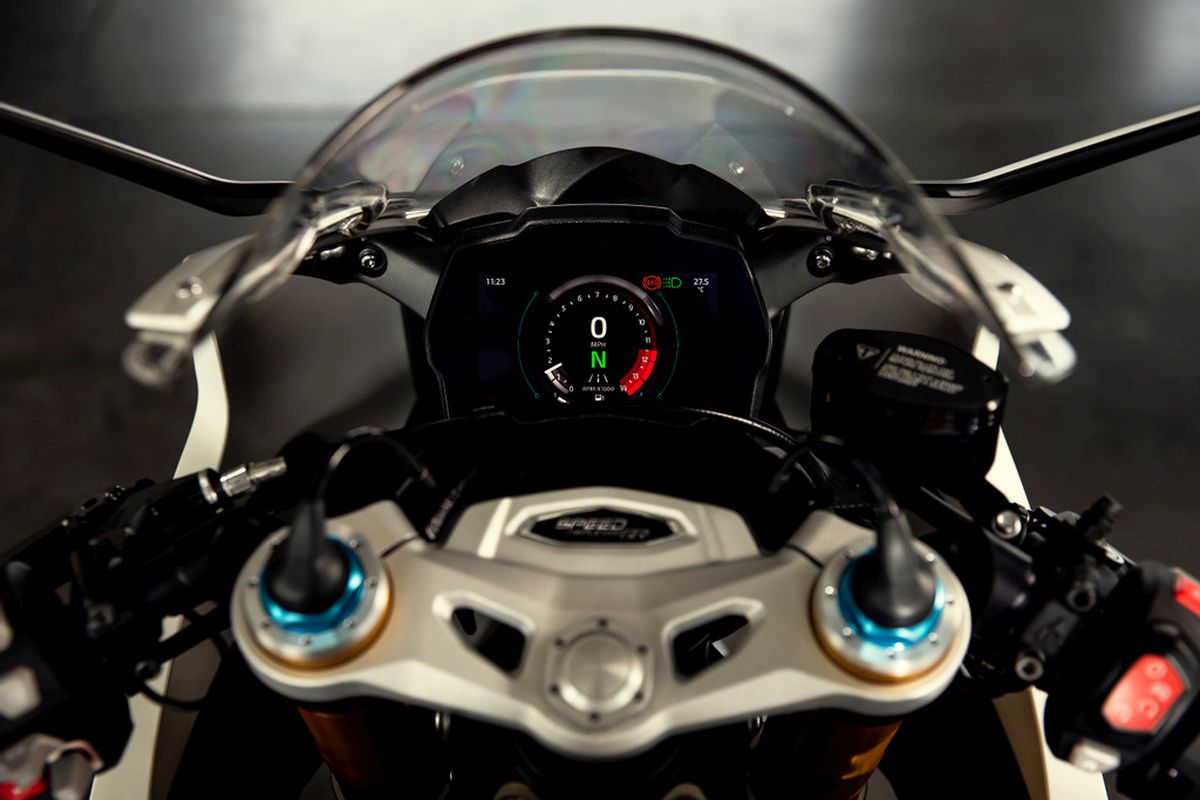 Meanwhile, customers can enjoy 2-years service package with every purchase of the new Speed Triple 1200 RR from Triumph Motorcycles Malaysia, valid until 31st of March 2022.