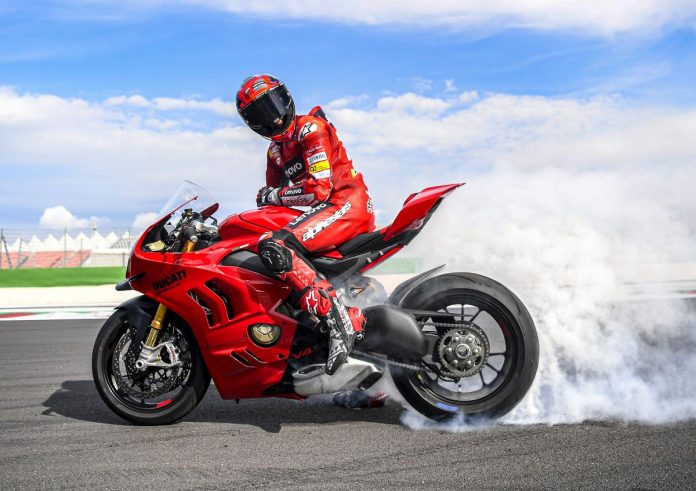 The Borgo Panigale factory has made numerous improvements for the Panigale V4, aimed at refining the riding ergonomics and power. 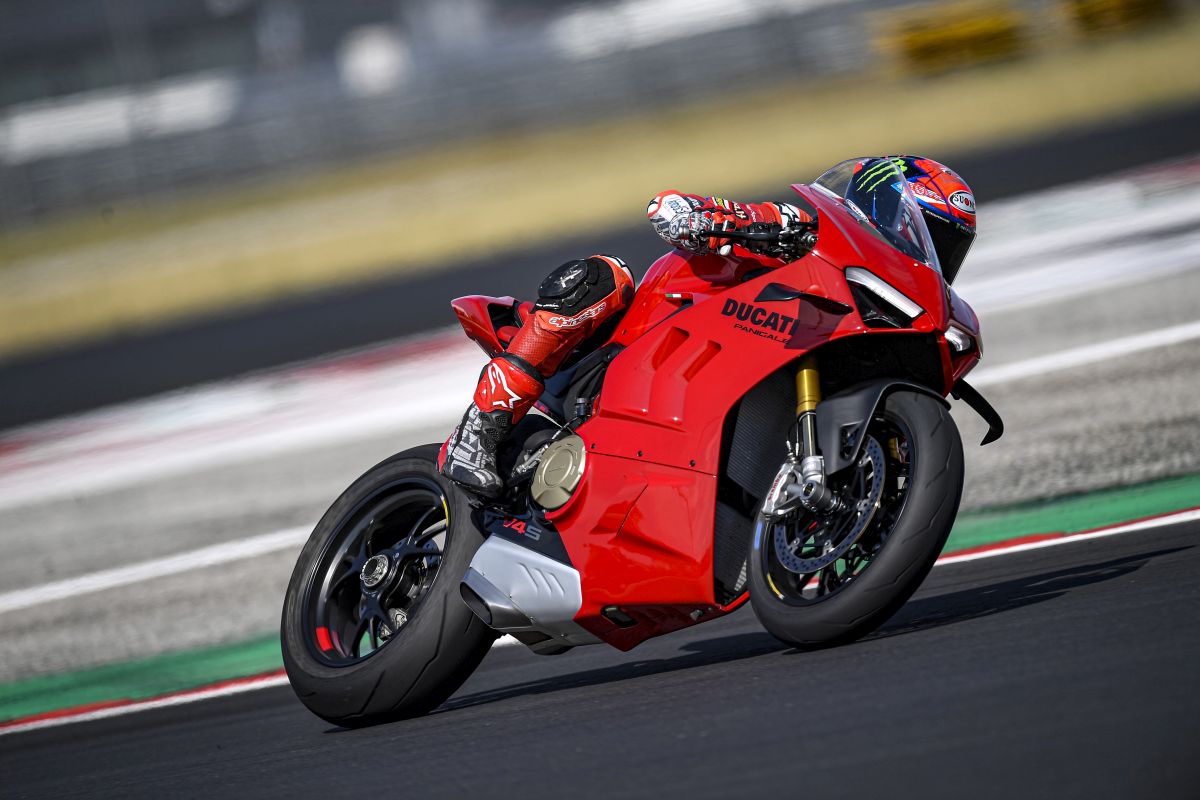 Visually, the 2022 Panigale V4 gets a redesigned winglet, and despite appearing smaller, it produces the same 30kg of downforce at 270km/h.

Ducati also improves the engine heat distribution by revamping the belly pan, which now features two air slots on either side and a series of air slits at the bottom. 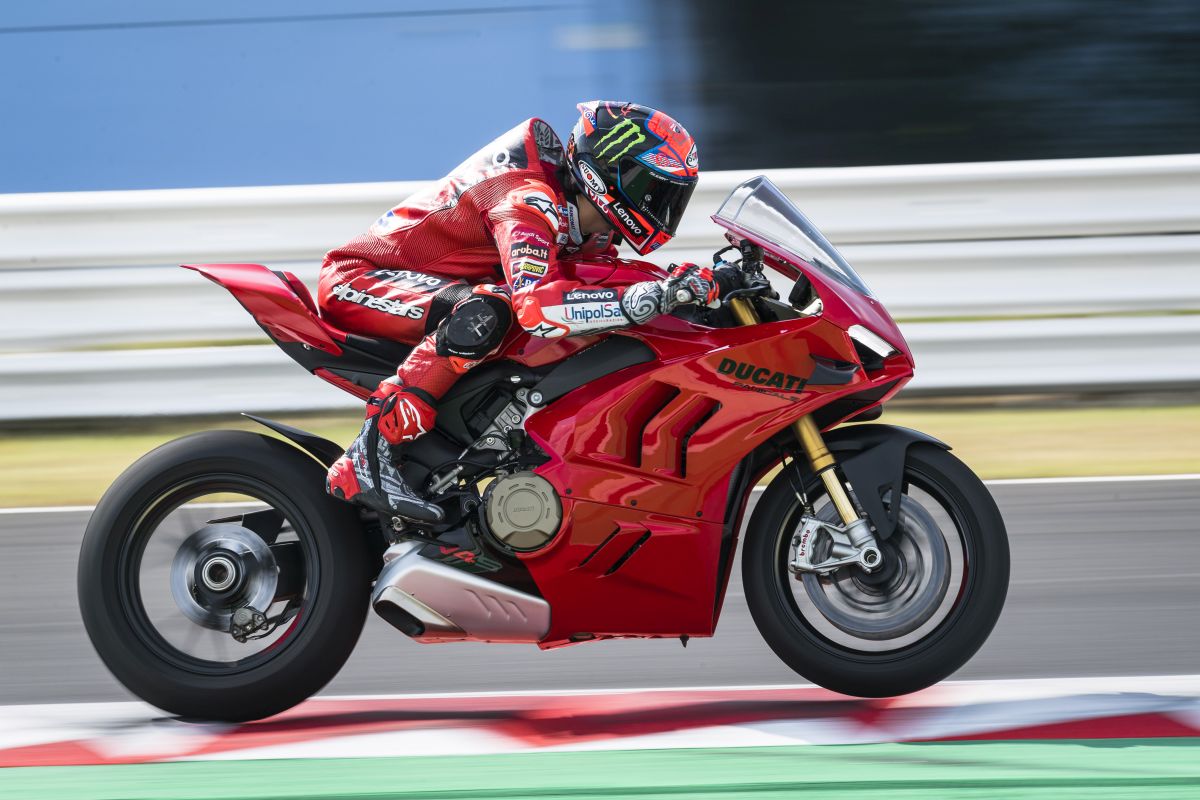 Other major changes include getting the SBK gearbox from the Panigale V4 R, whereby its first, second and sixth gear is made taller to allow for better gear transition. The new transmission also helps the Panigale V4 to achieve an extra 5km/h top speed than the 2021 Panigale V4. 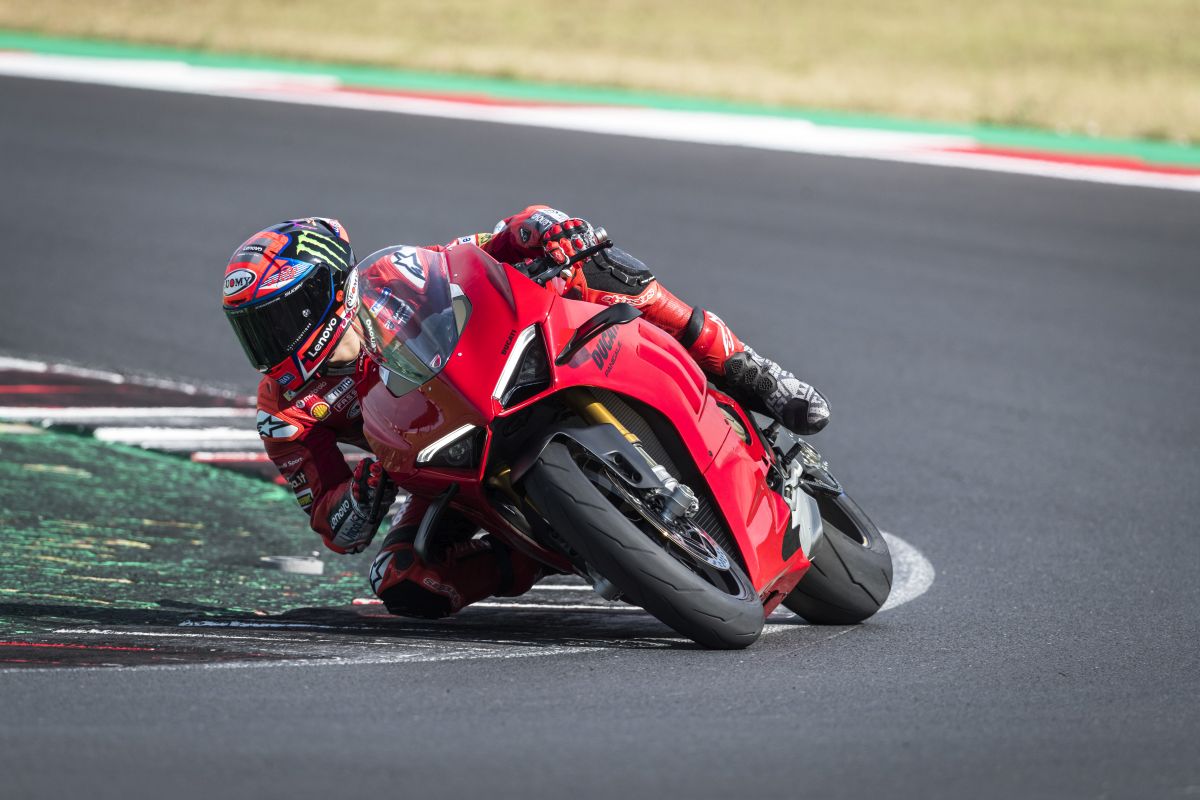 Nonetheless, replacing the stock exhaust with a full-system Akrapovic race exhaust will help bump the peak power to 225hp and reduce the weight by 5kg to 190.5kg from its 195.5kg curb weight.

The new Panigale V4 also gets a 5mm longer suspension travel front fork which is said to help improve the front-end feel. 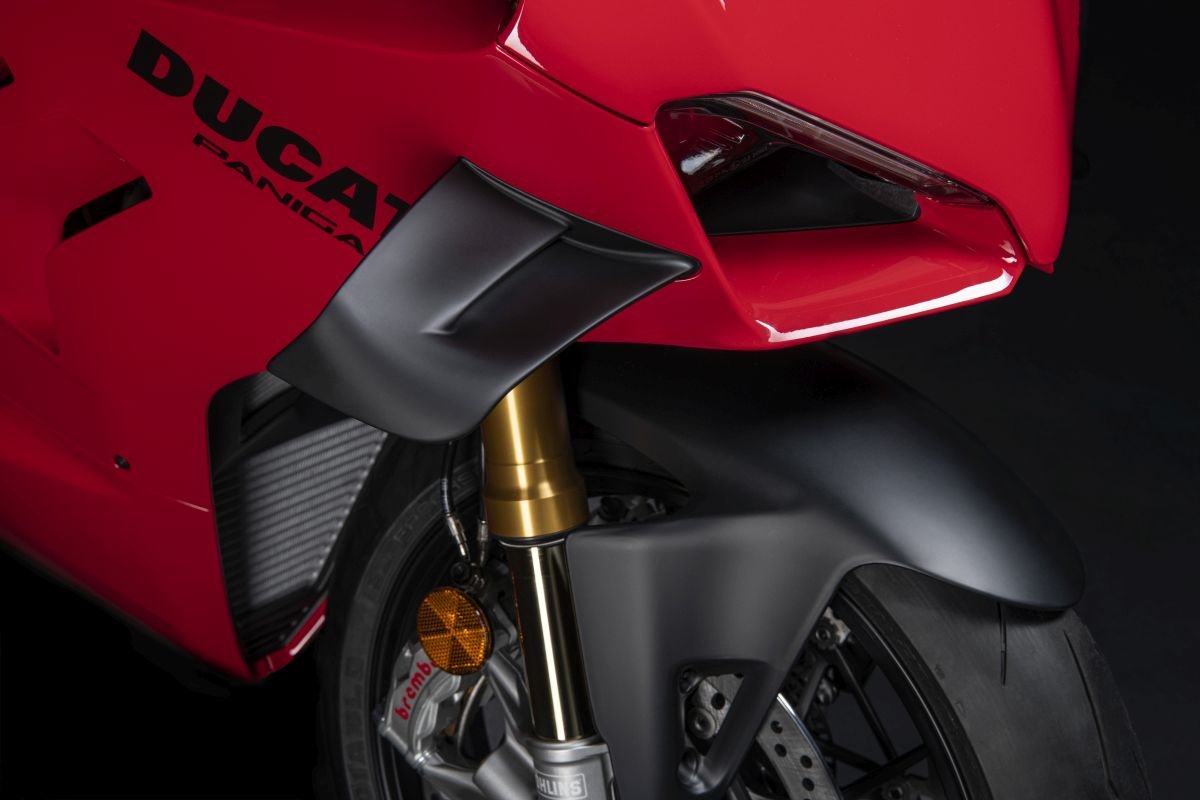 The pressurized system managed the compression in the left leg of the fork with a 25mm piston, while a 30mm piston managed the extension in the right leg.

The swingarm pivot was also raised by 4mm to increase the anti-squat effect during acceleration. 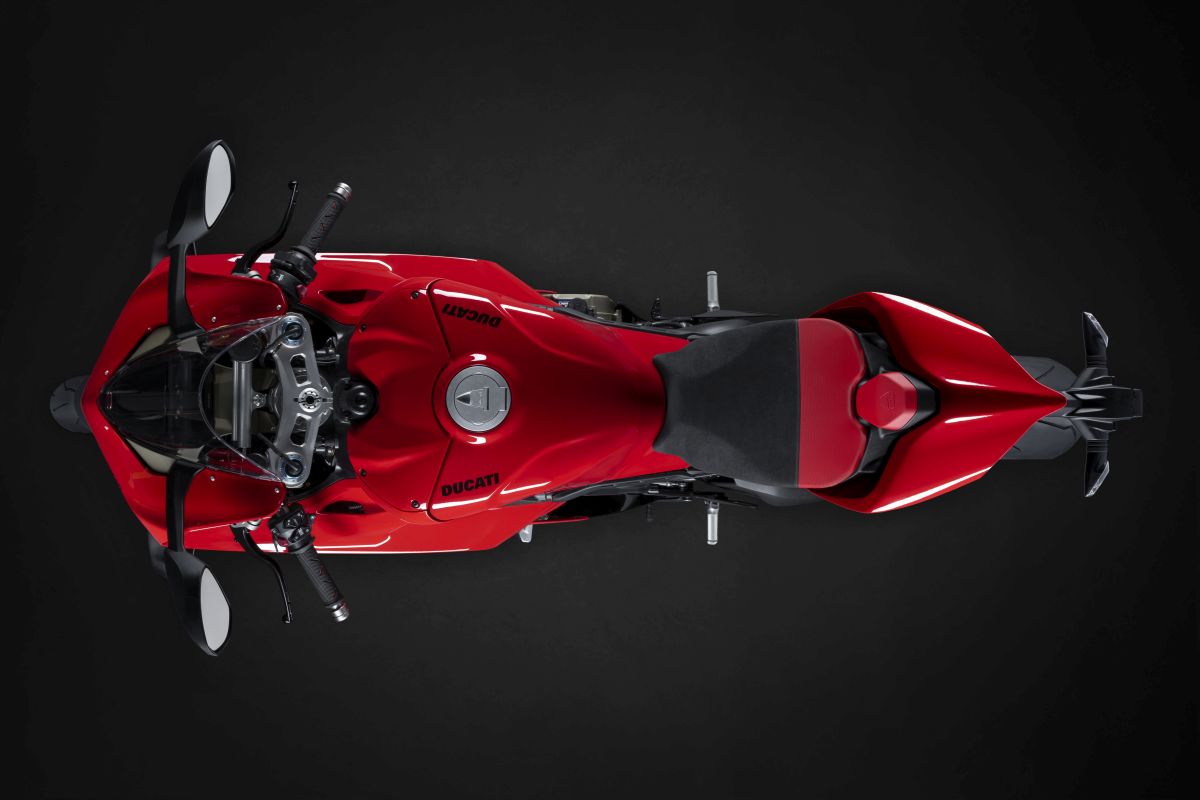 Interestingly, to help the rider’s ergonomic, Ducati has made big changes to the fuel tank shape and material to allow riders to have better grip during braking and turning. 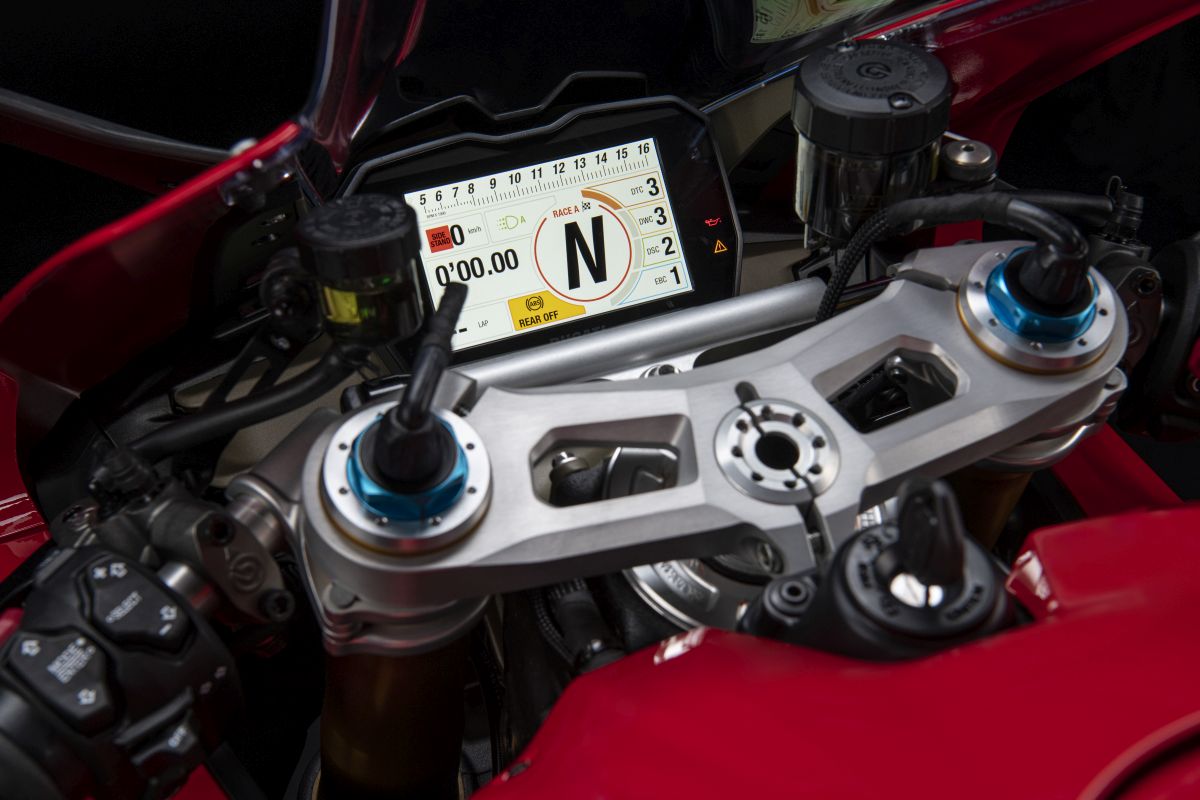 Most importantly, the 2022 Panigale V4 continues to offer 6-axis IMU, which include: