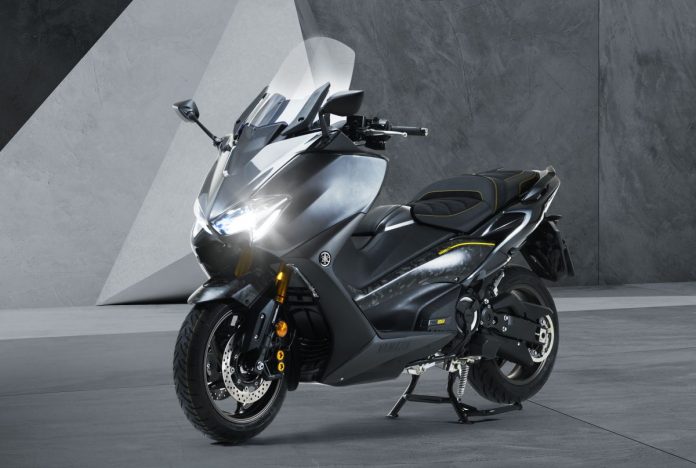 Yamaha Motor Co. Ltd introduces the all-new TMAX 20th Anniversary Edition as a tribute to the company success with the TMAX over the last 20 years,

The limited-edition model (with only 560 units build) features a forged carbon body noticeable in the body panels, the front fender, and the exhaust shield. 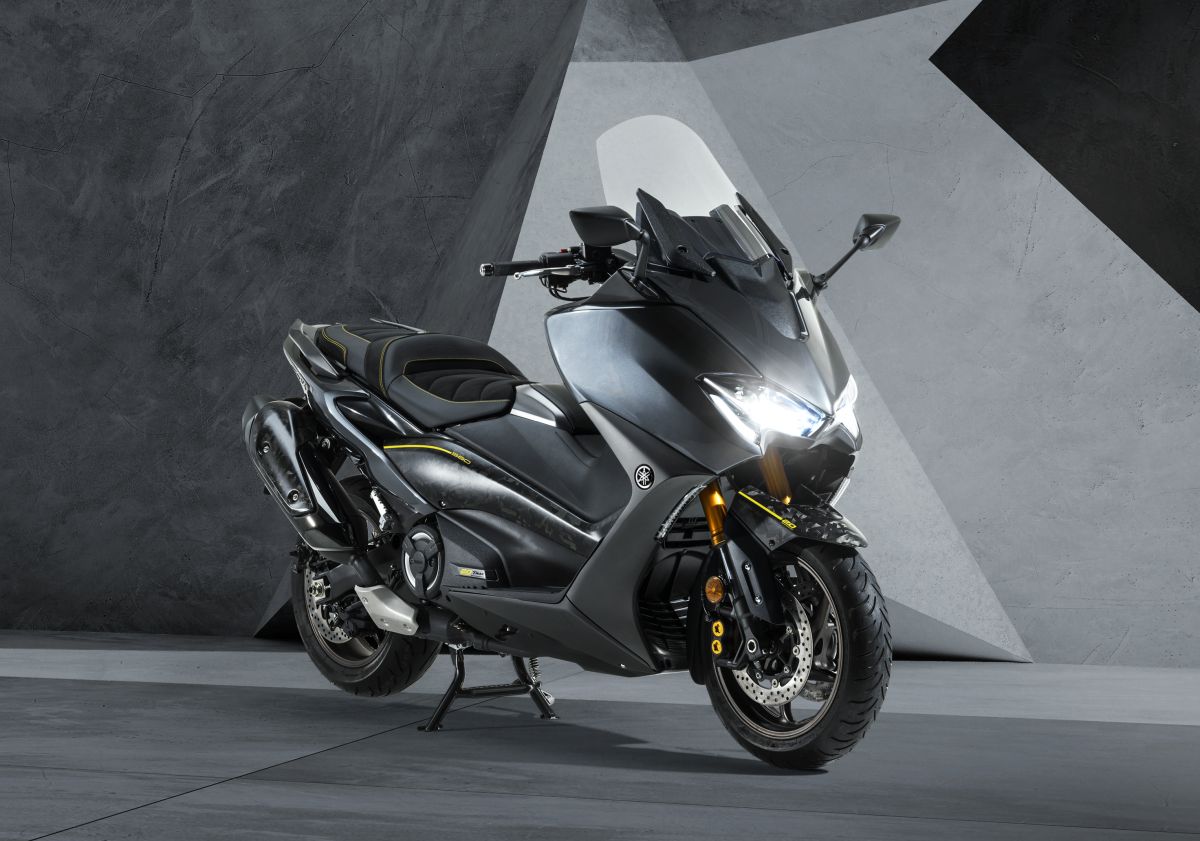 According to Yamaha, the unit also displays yellow details as reminiscent of the original model’s bright colouring. 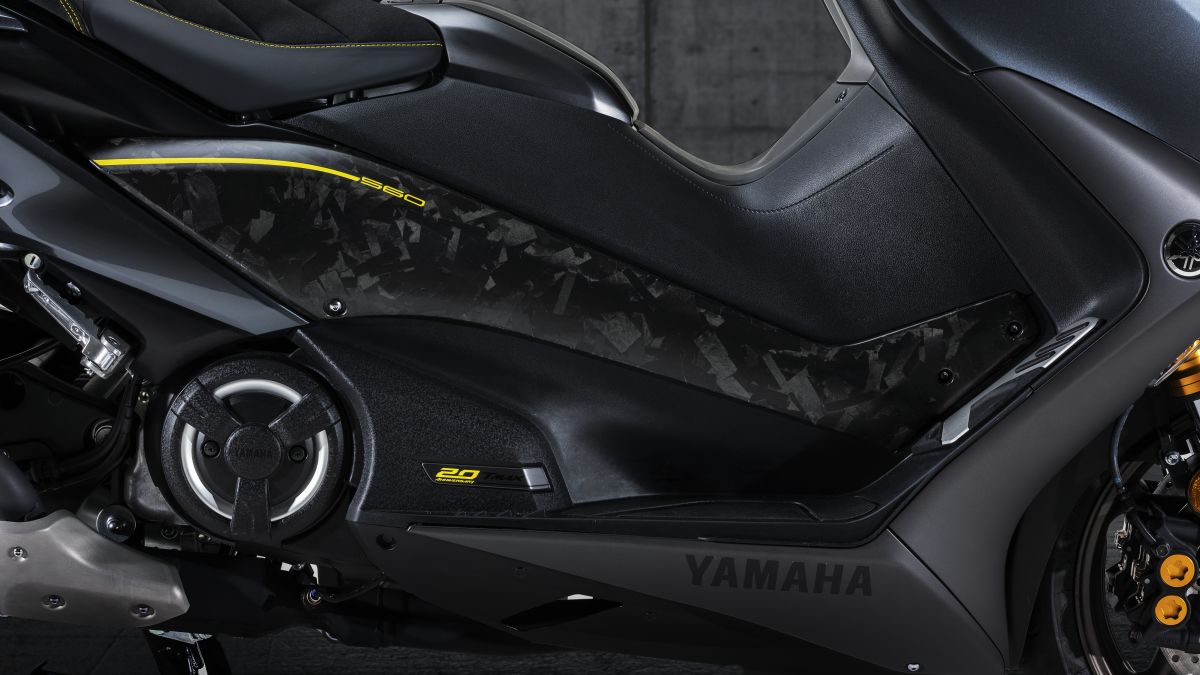 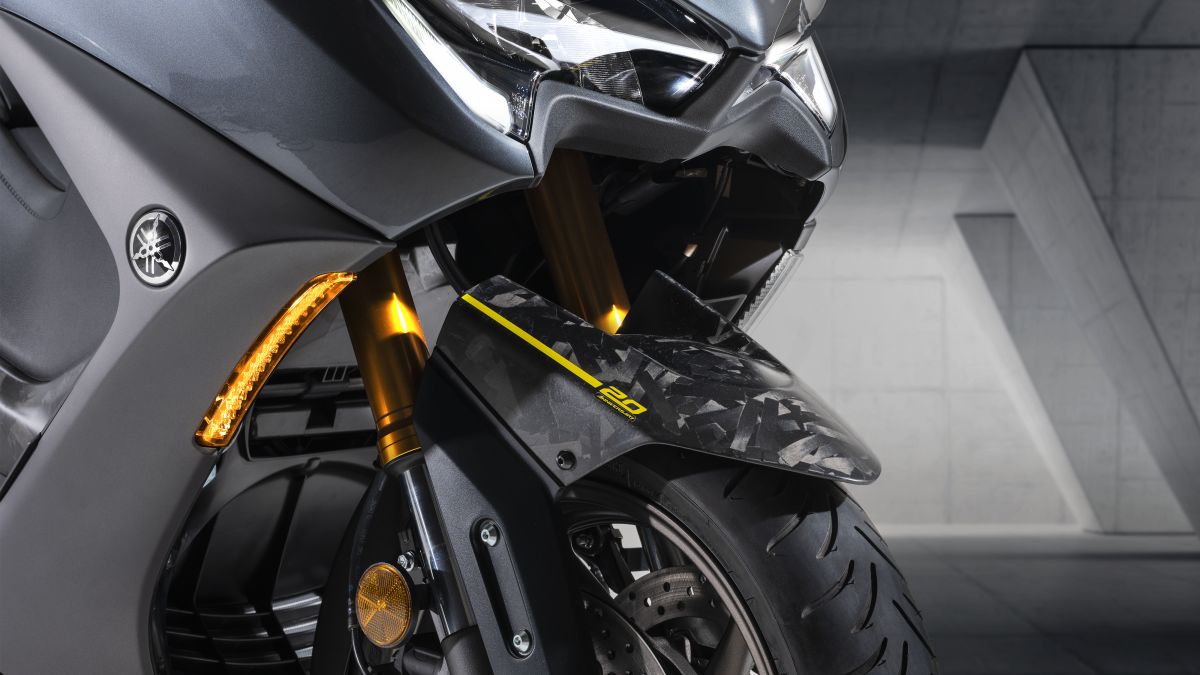 Since its introduction 20 years ago, the Yamaha TMAX has retained its success as one of the world’s best-selling sports scooters.

The 1st generation 500cc 2-cylinder scooter can reach 160km/h, thanks to the compact motor mounted in the tubular frame. 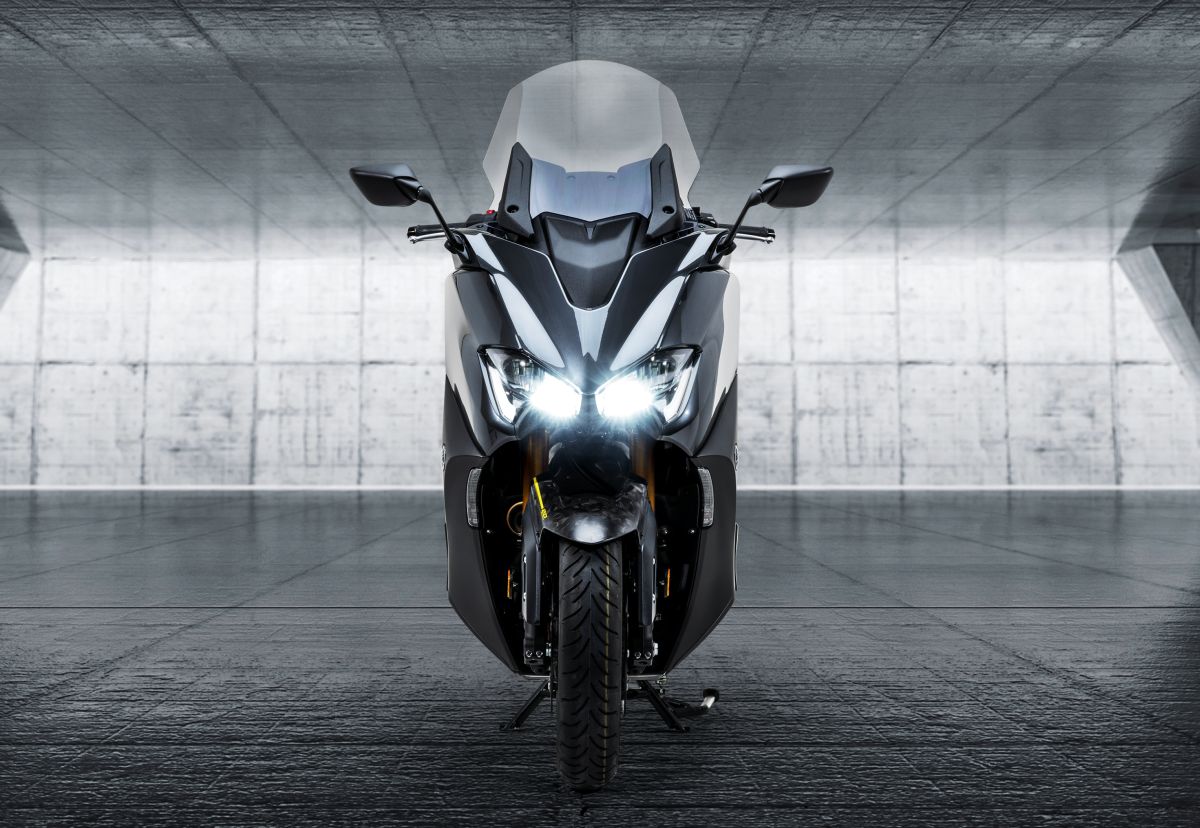 The 2nd generation was also a hit when it was introduced between 2004 and 2007 with a more powerful injection engine and better features in the form of a new suspension setup, double front disc, and ABS (optional). 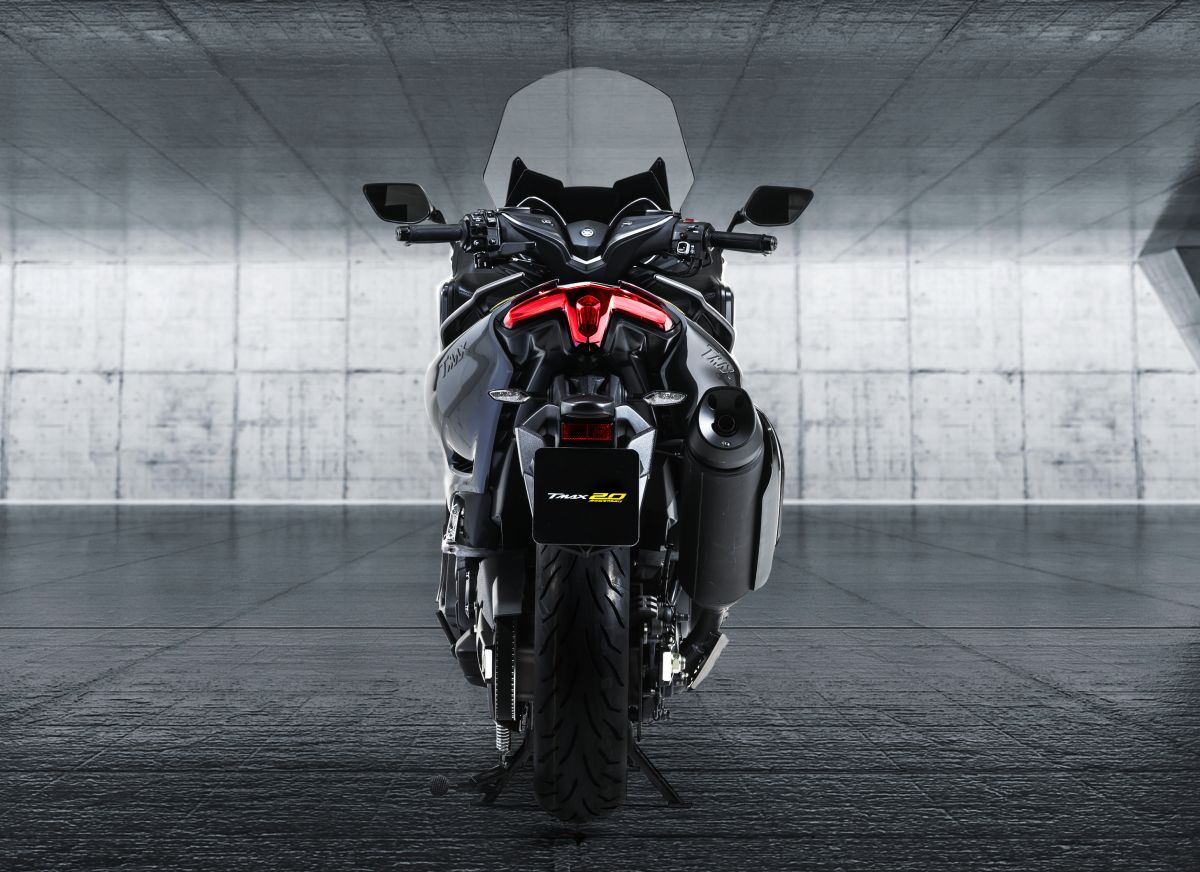 Four years later, the 4th generation came into the picture, this time with a bigger 530cc platform paired to a belt transmission and aluminium swingarm. The motorcycle then updated again in 2015, which came with radial brake callipers to improved braking. 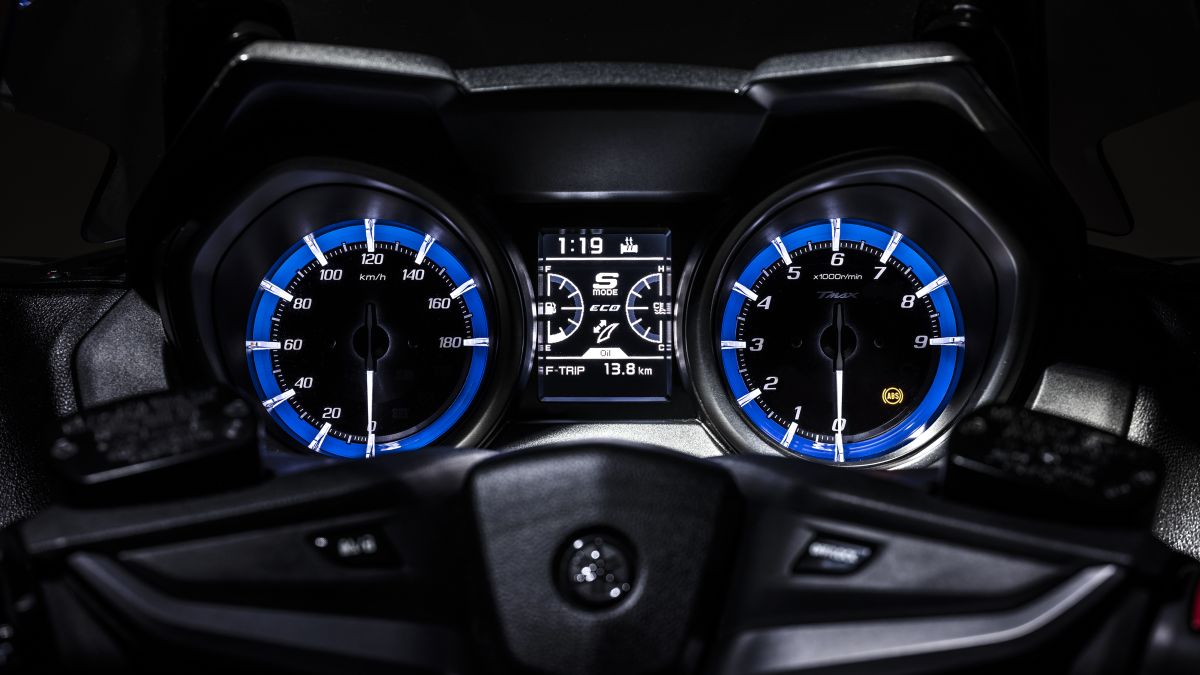 To date, nearly 300,000 units have been sold across Europe, making the TMAX the most successful “sport scooter” ever produced.