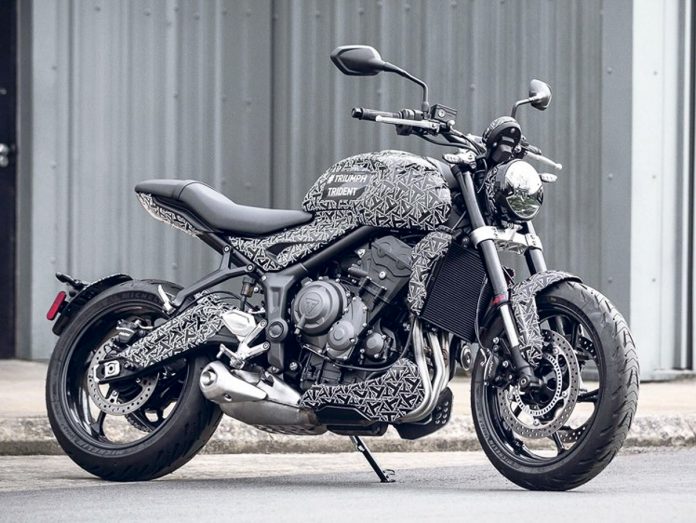 Triumph’s upcoming new middleweight big boy is almost ready for its official launch but before that happens, they’ve decided to tease us even more with a bunch of photos of the upcoming Triumph Trident (heavily disguised in camo, of course). 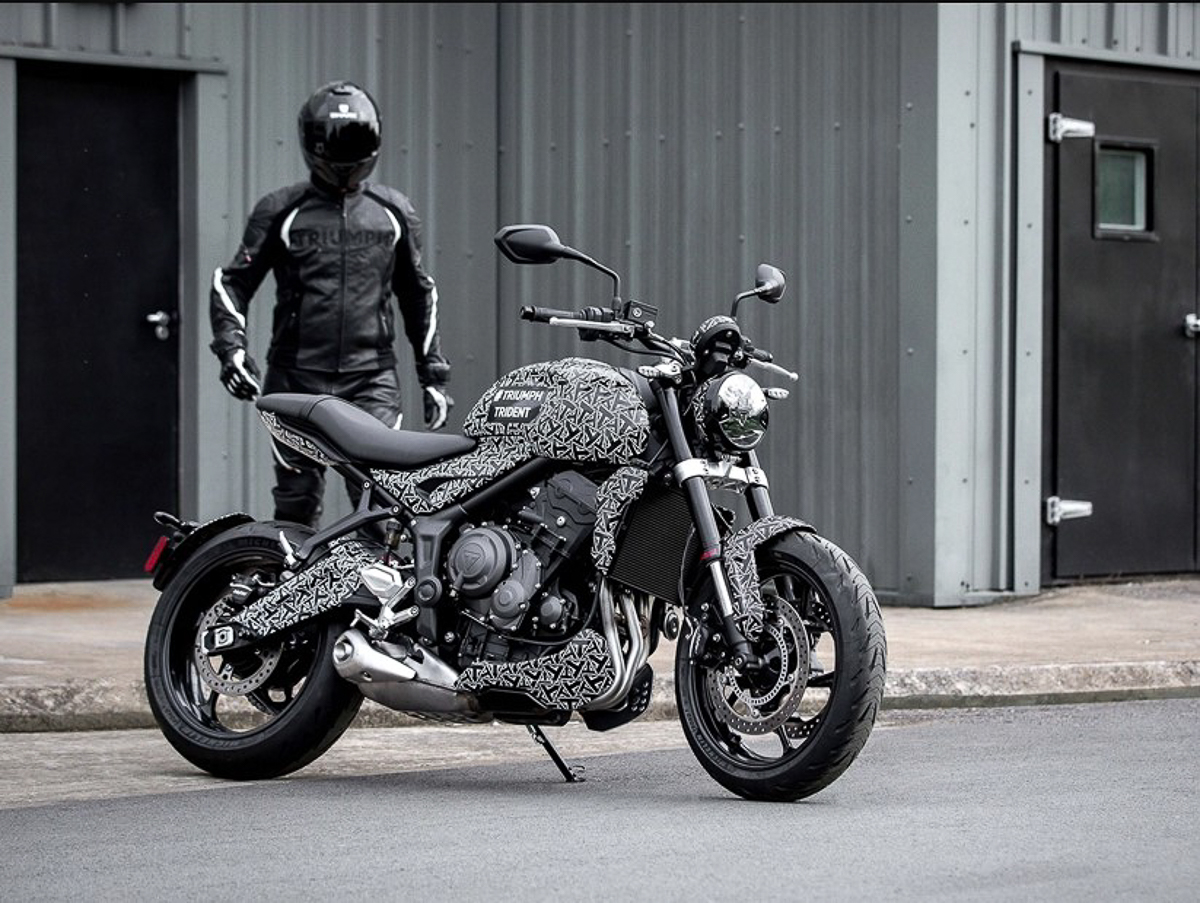 The first time the Triumph Trident was teased, it was a concept covered in white. This time around, you can see a lot more details of the middleweight from the brakes to suspension. Riding on Showa USD front forks, the chassis also reveals a set of Nissin brake calipers and Michelin Road 5 tyres. 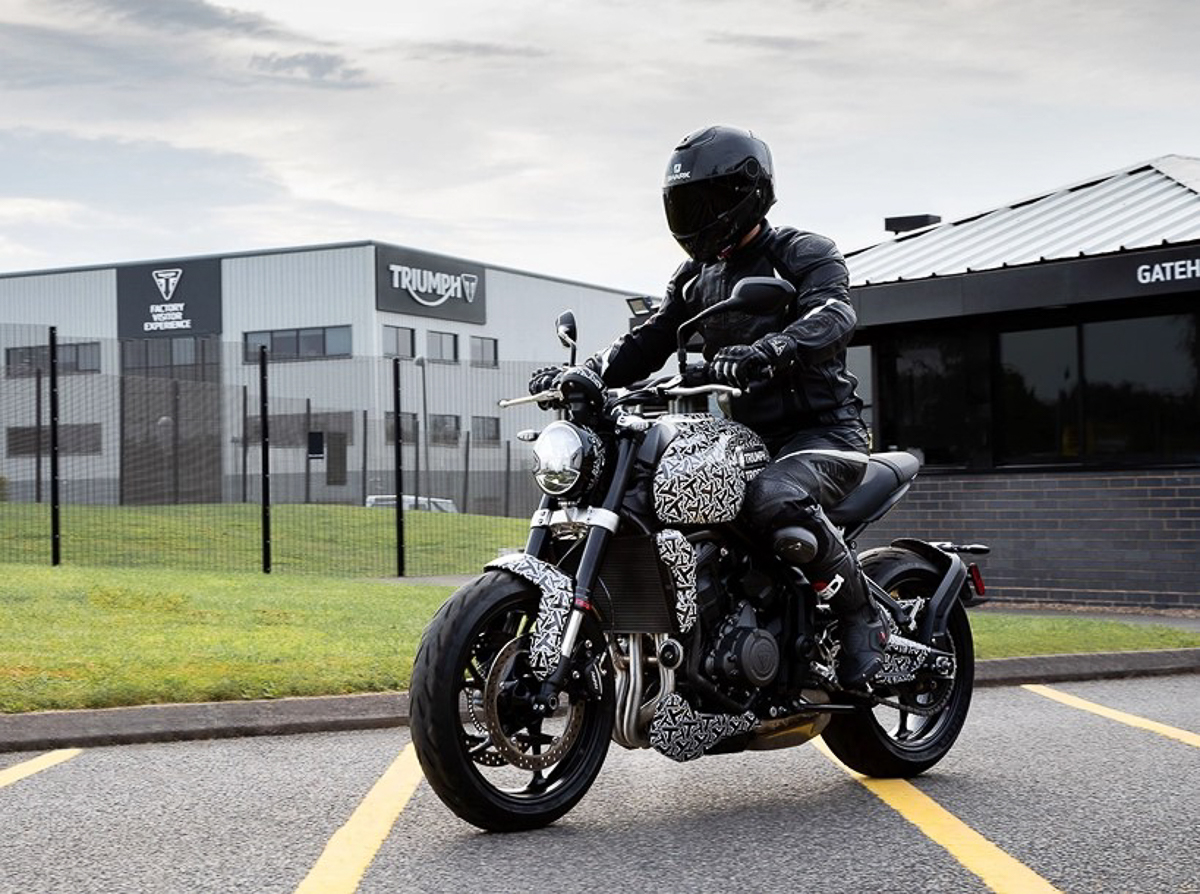 All of these indicate two things – a good all-round riding package that is targeted to be more competitive in the pricing department. You’ll also see a lot of modern features on this retro-inspired machine like its front LED round headlight, ride-by-wire throttle, and smooth lines running from front to back. 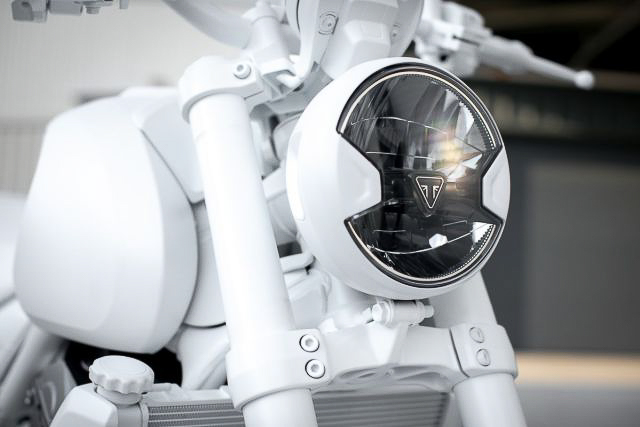 As for the engine, we can see that it’s a parallel-twin and folks are saying that it might be a 660cc unit. Power output? Possibly no more than 94hp considering the fact that the Triumph Trident will be A2-compliant for the UK market. 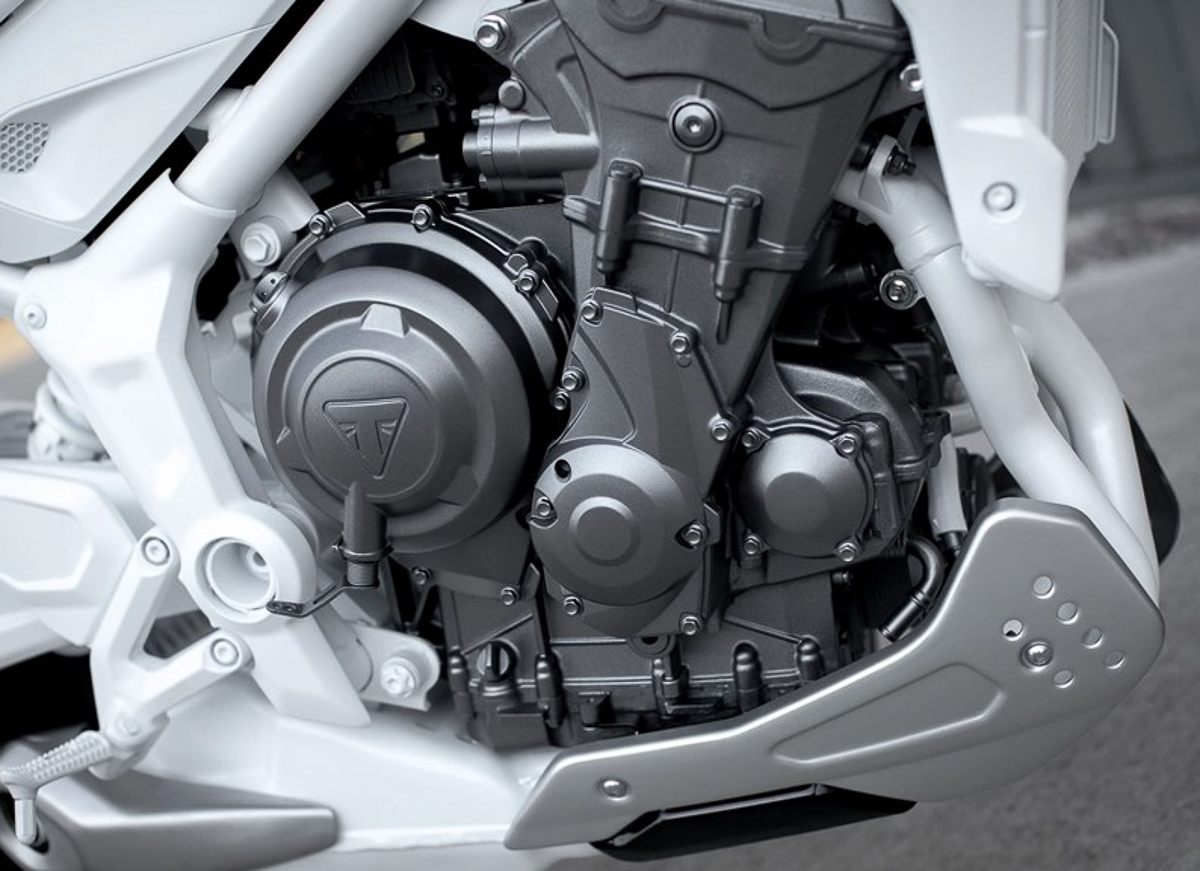 Triumph Motorcycles Malaysia has been showcasing the Triumph Trident on its official Facebook page and looking at their past records, it won’t be long before it arrives here on our shores (after the official global launch, that is). We won’t be surprised if this middleweight flies out of the showroom before you can ask “Is that the new Triumph Trident??”

Brace yourselves, the 2021 Triumph Trident is coming!