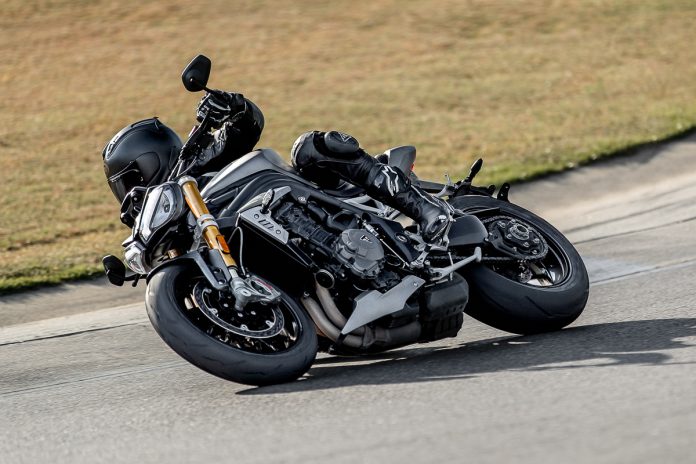 However, a few months later, the motorcycle has reached our shores via Fast Bikes Sdn Bhd, the sole distributor of Triumph Motorcycles in Malaysia. 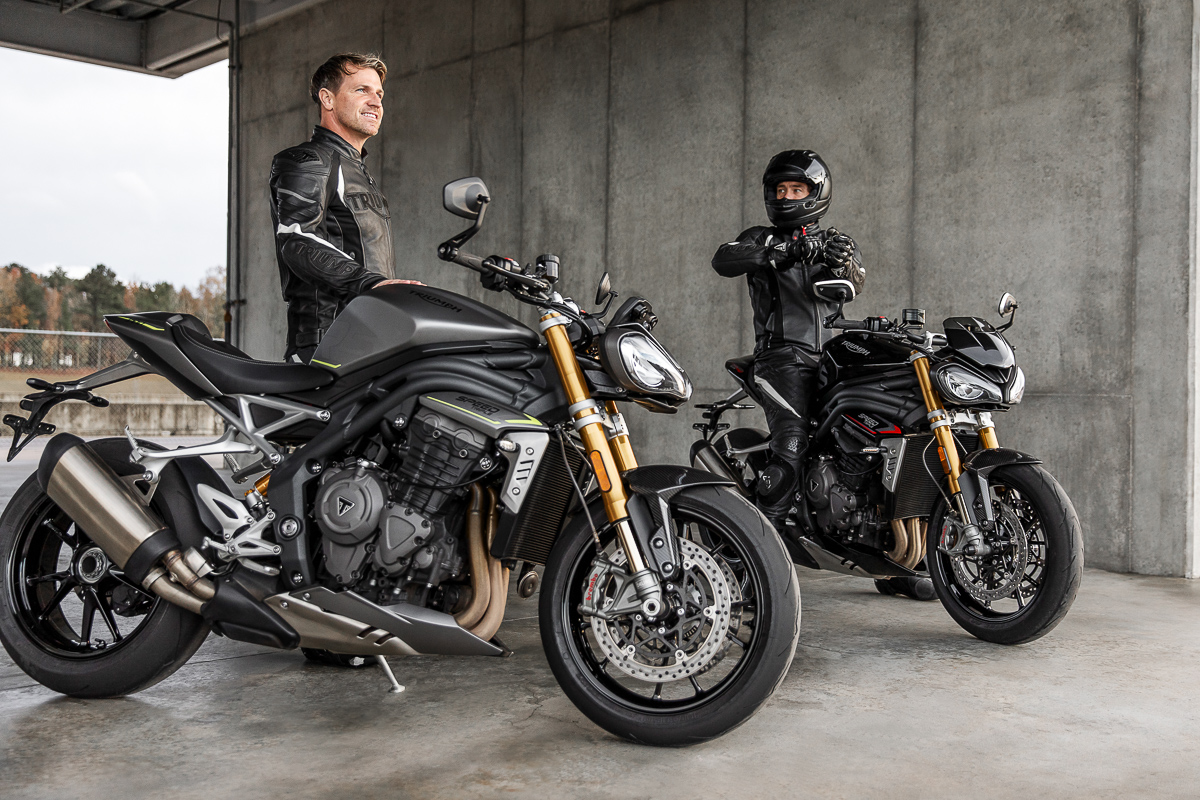 If you’re in the market for a very muscular roadster that can deliver high levels of performance both on and off the track together with a stunning design, the new Speed Triple 1200 RS should be highly considered. 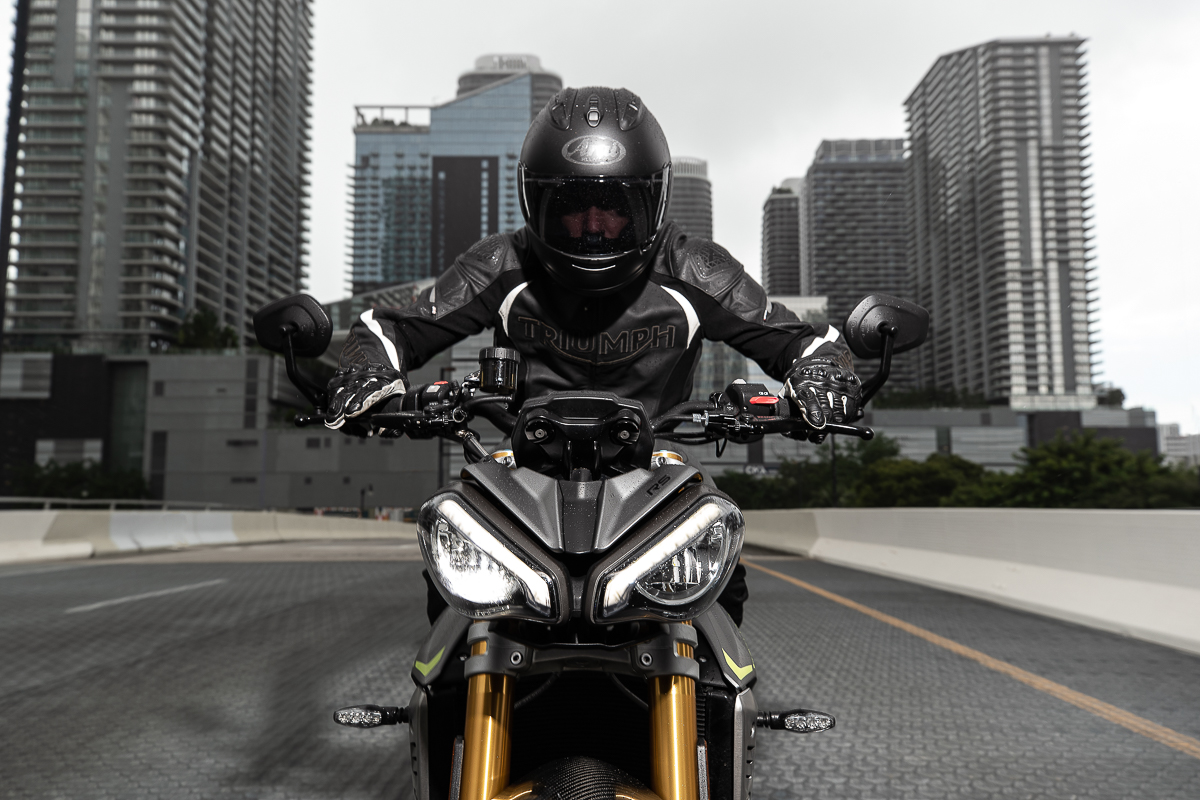 Starting with the design, you can instantly tell that this is indeed a true Triumph roadster that combines smooth lines, sharp and aggressive features that’s very well-proportioned. What defines the 2021 Speed Triple 1200 RS are the new LED headlights with DRLs, compact bodywork and tail unit, carbon-fibre mudguard, colour-coded belly pan, and those black 17-inch aluminium V-spoke wheels. 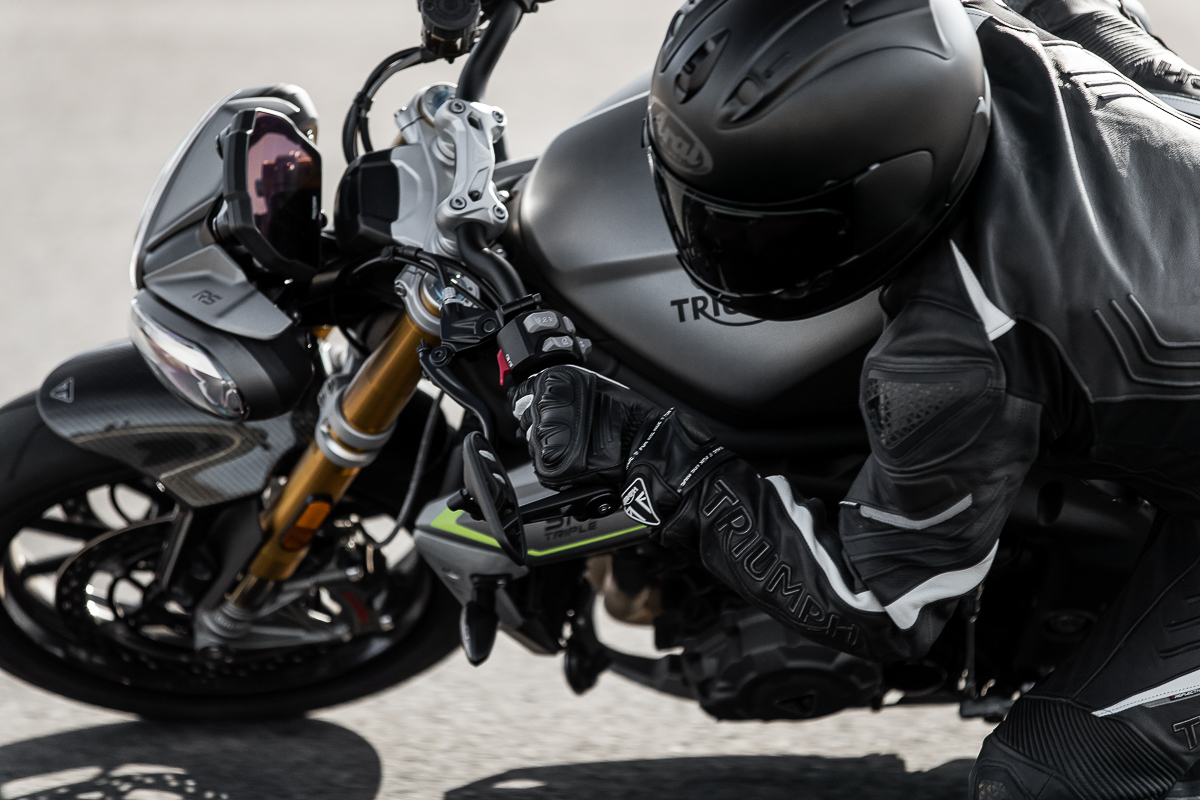 A host of other premium finishes like the graphics and branded handlebar clamp further amps up the RS-ness of the new Speed Triple 1200 where customers can choose to have it in either Sapphire Black (with red and silver graphics) or Matt Silver Ice (with sliver and yellow graphics). 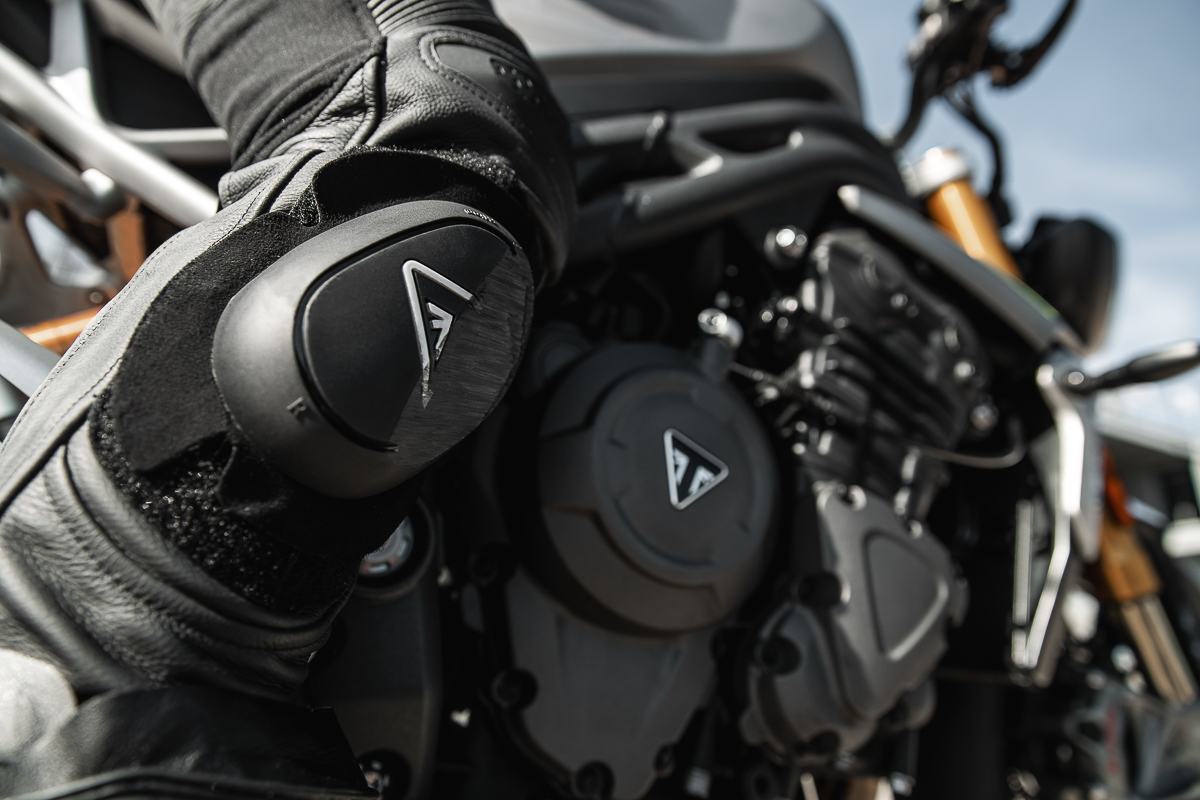 All the exterior features highlight the star within its all-new lightweight mass-centralised chassis, which is the also new 1,160cc inline-three DOHC liquid-cooled engine that punches out 177.5hp at 10,750rpm and 125Nm of torque at 9,000rpm. Tuned with a slightly higher redline, Triumph claims that this beauty sounds like a beast thanks to new intake and exhaust systems.

In other words, it’s the most powerful and best sounding Speed Triple yet. 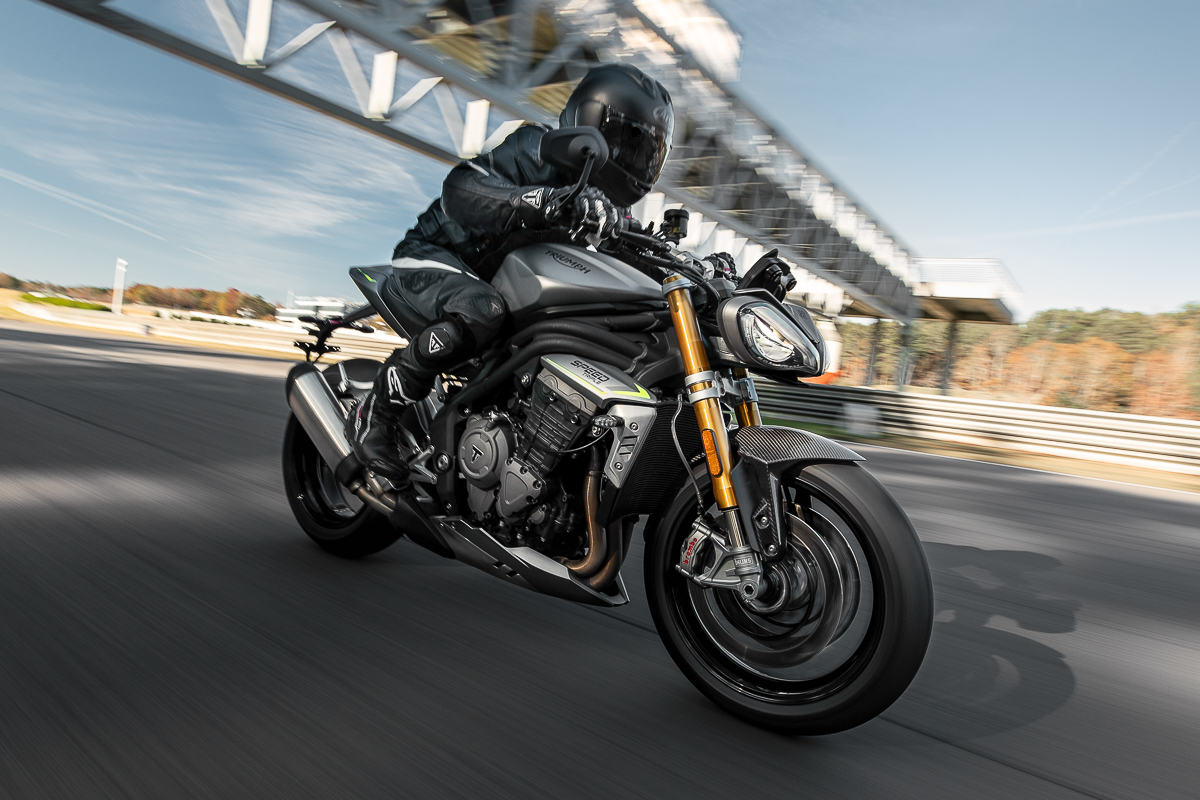 Developed using the brand’s knowledge and experience in Moto2, the new Speed Triple 1200 RS’s engine is 7kg lighter and produces around 30hp more compared to the previous-gen model. This also translates to a 25% improvement in the power-to-weight ratio thanks to the brand’s know-how in cutting its wet weight down to an impressive 198kg (15.5-litre fuel tank included). 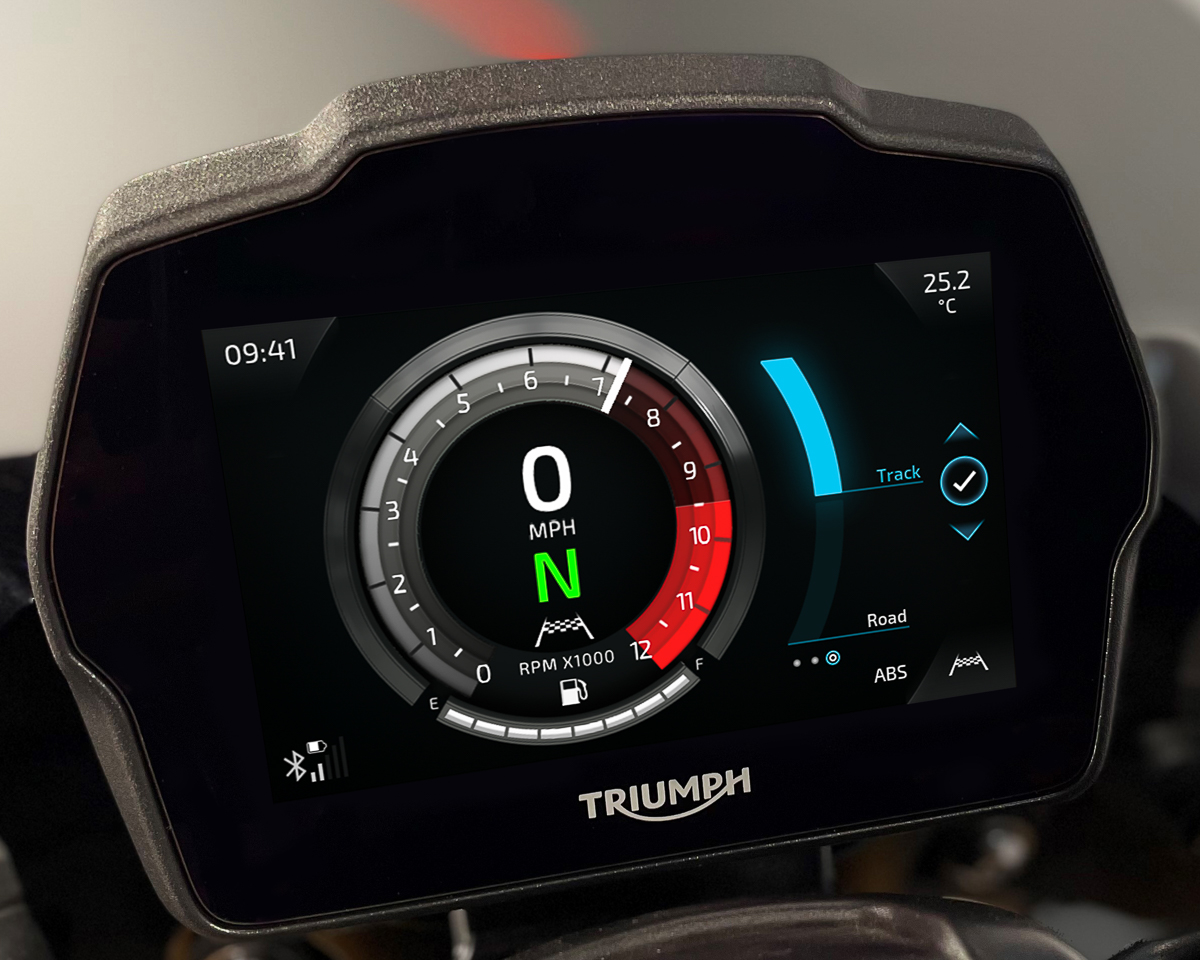 Other noteworthy specs include: 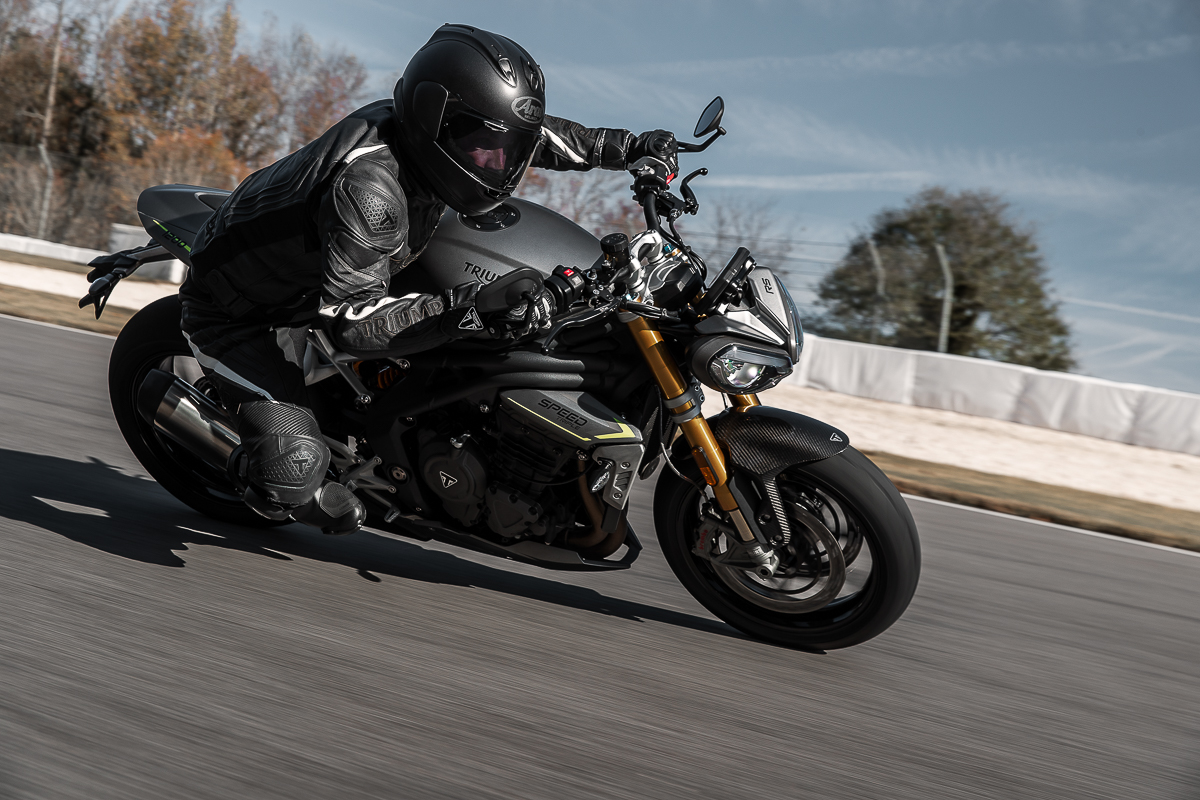