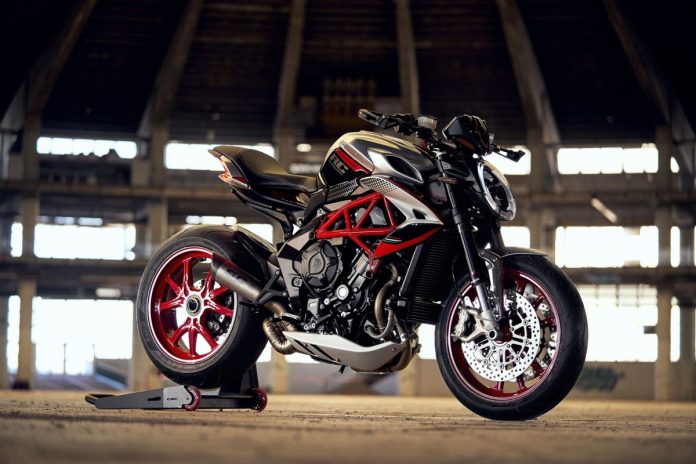 The 798cc engine on the Brutale and Dragster are now Euro 5, thanks to the reworked done with the counter-rotating crankshaft to reduce friction.

The crankshaft and conrod now use micro-bored bearings, which require less oil than the conventional bearings, which leads to a lower amount of work the oil pump needs to do, which subsequently reduced energy wastage.

Both the motorcycle also received a redesigned frame that is now stiffer with the bikes also boast new suspension setup as standard including a more comfortable seat and a steering damper.

Nevertheless, the iconic triple exhaust still presents, and in our books, that’s enough for MV Agusta to received an A-plus!

Other significant improvements are as follows: