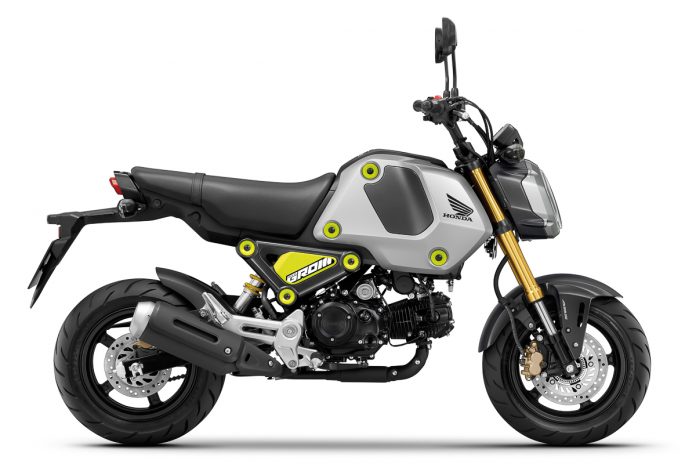 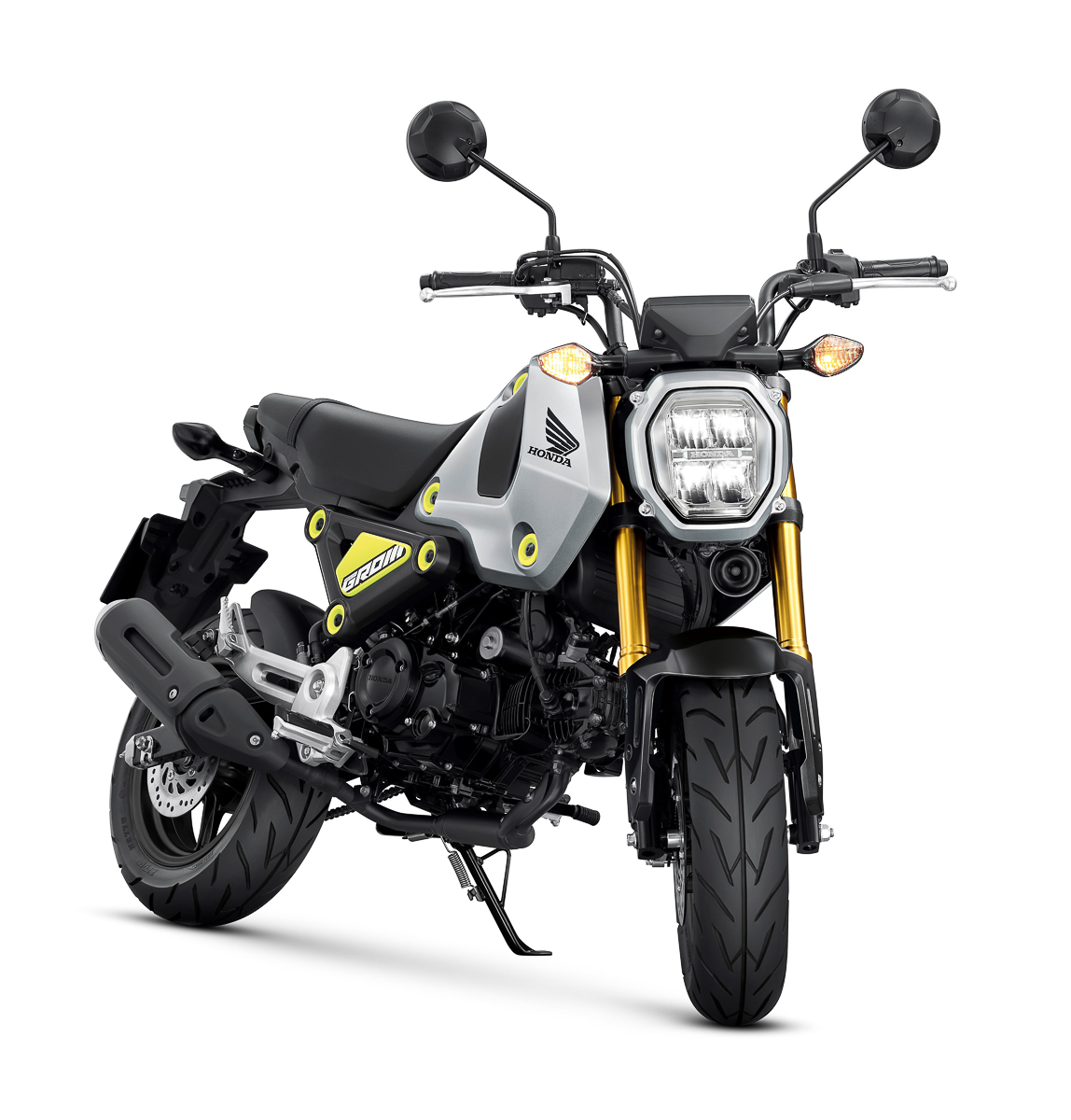 Starting with firepower, the 2021 model now carries a new 125cc single-cylinder PGM-Fi engine that produces around 9.6hp at 7,250rpm and 10.5Nm of torque at 5,500rpm. It’s roughly the same power figures as the previous-gen model but now comes with a new five-speed manual transmission for better all-round performance. 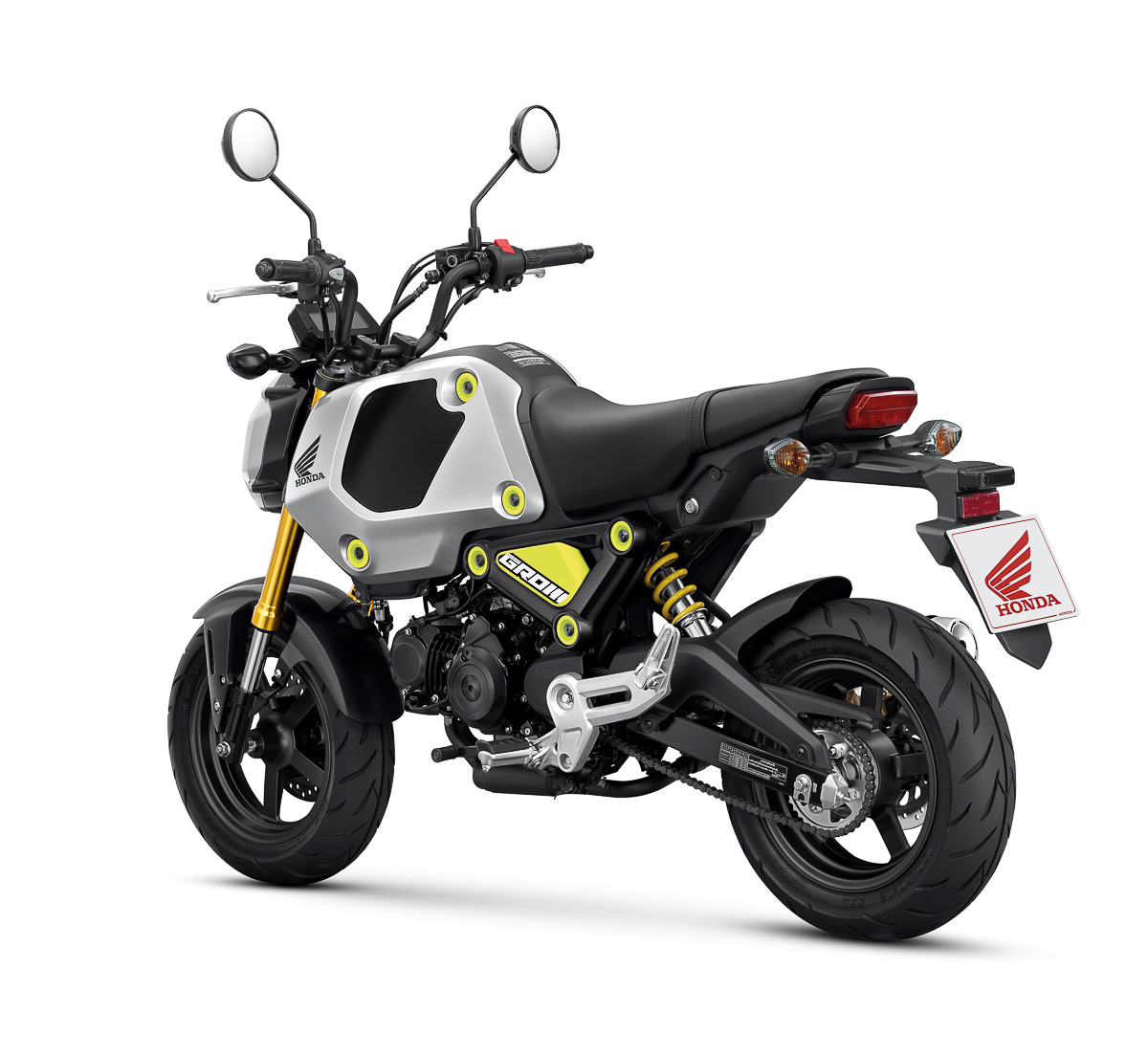 Top speed is slightly raised to 94km/h, which is more than enough to roll around town in style. Up top, there’s a new LCD meter which now comes with a rev-counter as well as a gear position indicator. Good call, Honda! 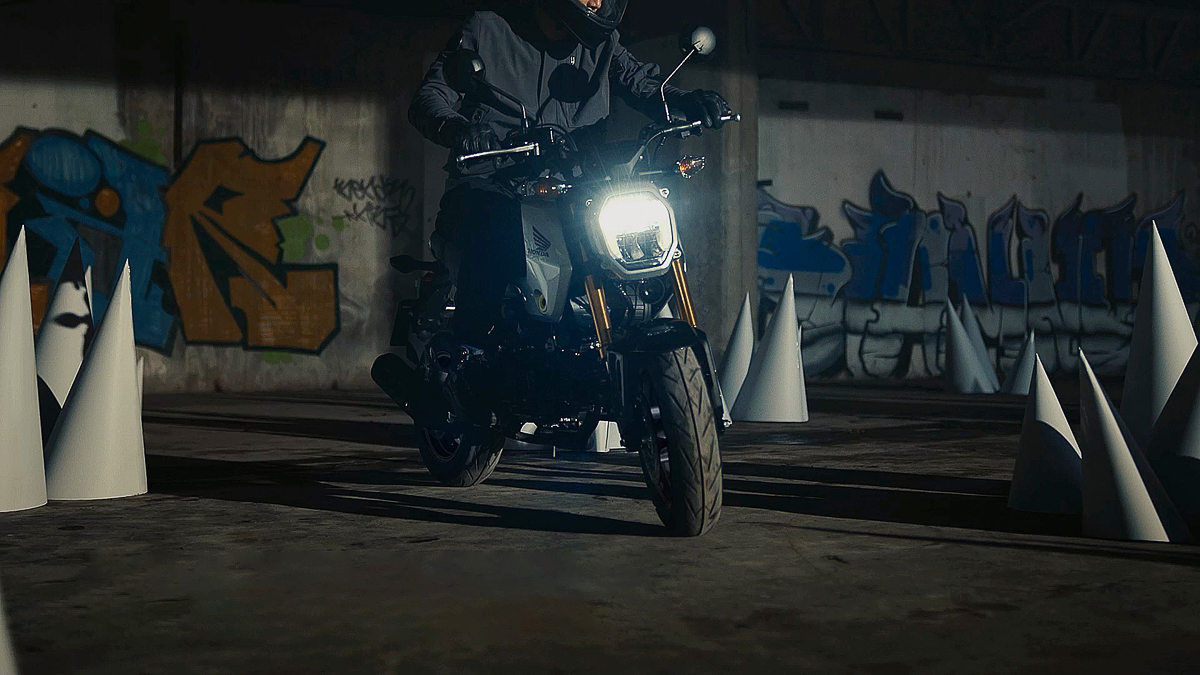 The 2021 Honda MSX125 Grom now has a fresher look with a new LED front headlight and redesigned side panels with quick-release bodywork (for better and faster customization works). You’ll notice this via the six bolts on each side that can be easily accessed by youngsters who what to add a bit of custom flair to their 125cc mini bike. 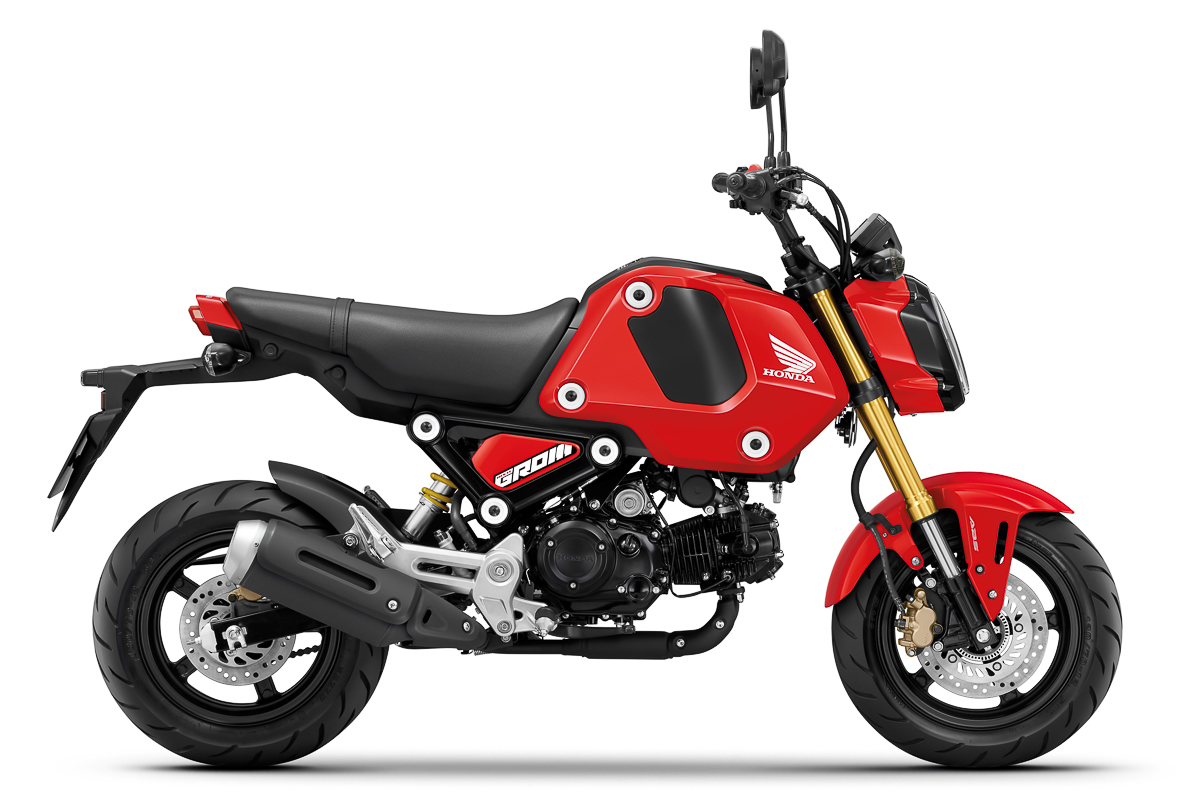 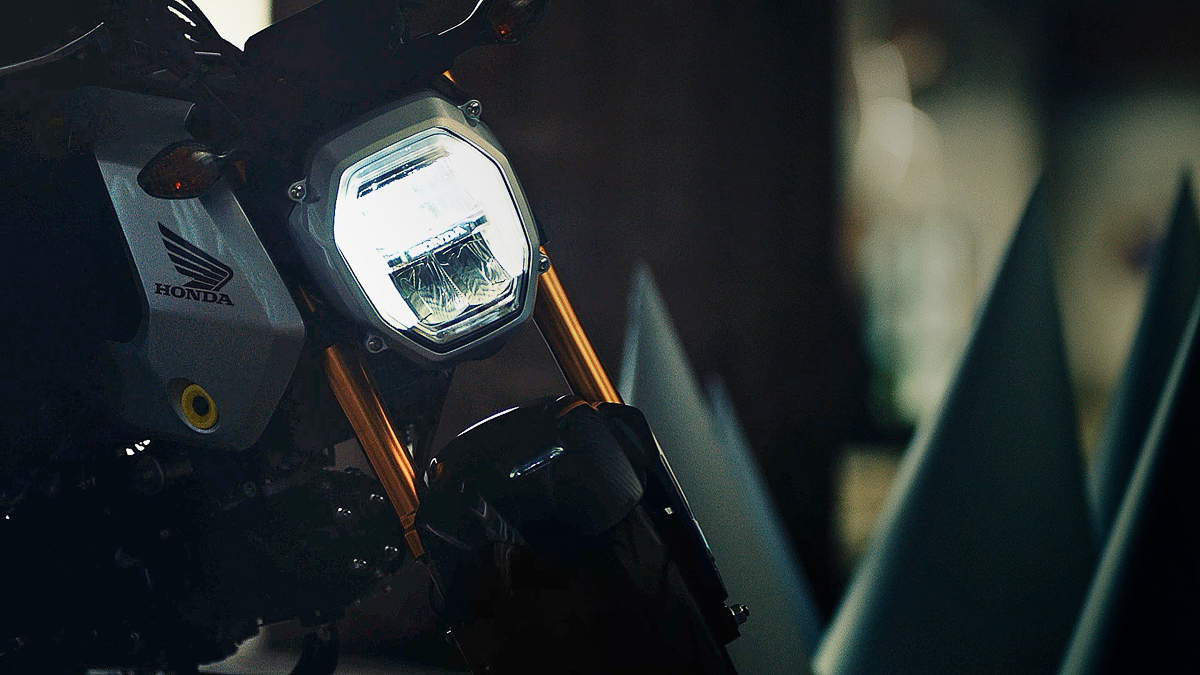 There are three colours available for the 2021 Honda MSX125 Grom which are Force Silver Metallic, Mat Gunpowder Black Metallic, and Gayety Red. No news on pricing just yet, but if does land here in Malaysia, it shouldn’t be too far off from the RM11,000 mark compared to the previous model launched back in 2017.