The word “finally” really applies to the 2020 KTM 390 Adventure launched yesterday at EICMA 2019. It’s been 7 years since KTM CEO Stefan Pierer said that the manufacturer will produce an adventure bike based on the 390 Duke platform.

There’ve been spy shots after spy shots, rumours after rumours but the production-ready 390 Adventure never seemed to leave the factory doors. Until now, since Euro5 takes effect next year. 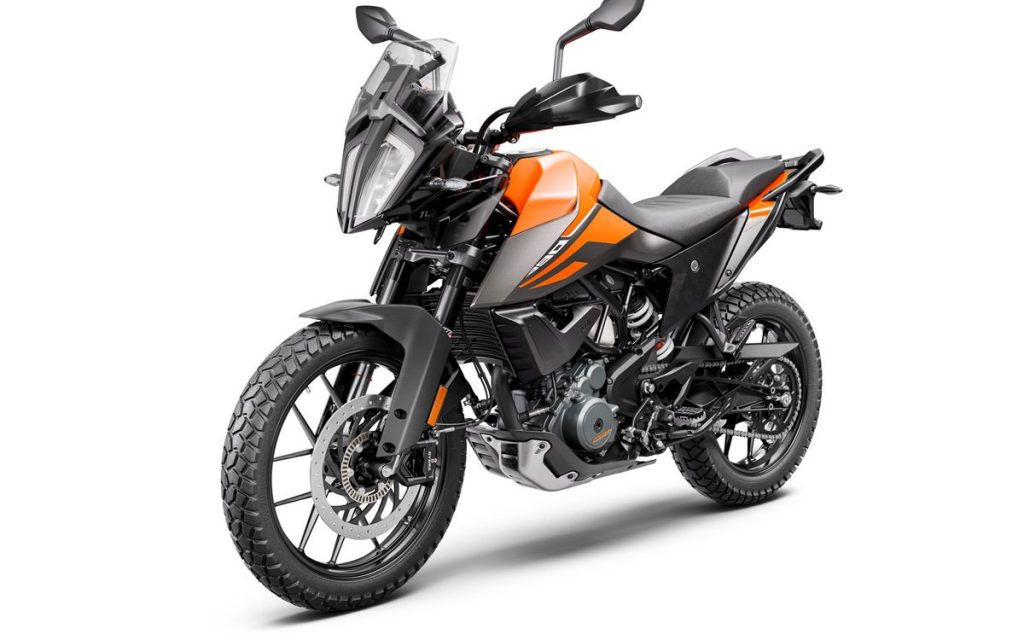 It’s immediately obvious that it’s adopted the 790 Adventure’s design. Missing however, is the 790’s bulbous underslung fuel tank. It also incorporates elements from the 450 Rally.

It’s engine remains the 372cc, liquid-cooled, four-valve, single-cylinder layout. KTM didn’t publish the power figures, but we can expect to produce in the 43 bhp ballpark like the 390 Duke’s. That doesn’t sound much to those weaned on triple digit numbers, of course but it’s now the most powerful lightweight adventure/dual-purpose bike.

Its steel trellis frame looks similar to the 390 Duke’s, but there are differences with exhaust routing, brackets, subframe, and swingarm length in order to accommodate longer suspension travel. Seat height is at a reasonable 853 mm — the same as the 1090 Adventure and 790 Adventure (base model).

Euro5 is about less polution, less noise, lower fuel consumption and the 390 Adventure delivers a frugal 3.62 litre/100 km under good riding conditions. That equates to 400 km from the 14.4-litre tank.

The bike uses WP APEX 43 mm forks and monoshock with 170 mm and 175 mm travel, respectively. Ground clearance is 198 mm. Those figures are not much for off-road but we shall see. The low clearance is contributed by 19-inch front and 17-inch rear wheels. 21-inch front and 18-inch rear wheels would raise the bike higher but the 390 Adventure is surely meant for beginners and casual adventure-touring riders.

Up top, the 5-inch TFT screen features the usual trappings these days of Bluetooth connectivity and multimedia functions. KTM’s Quickshifter+ is an option.