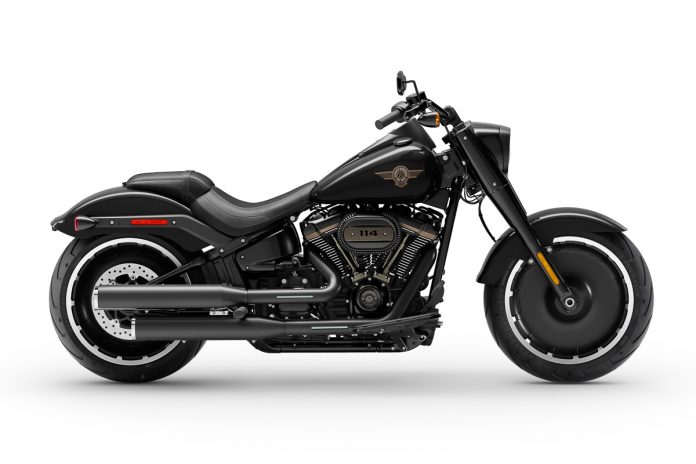 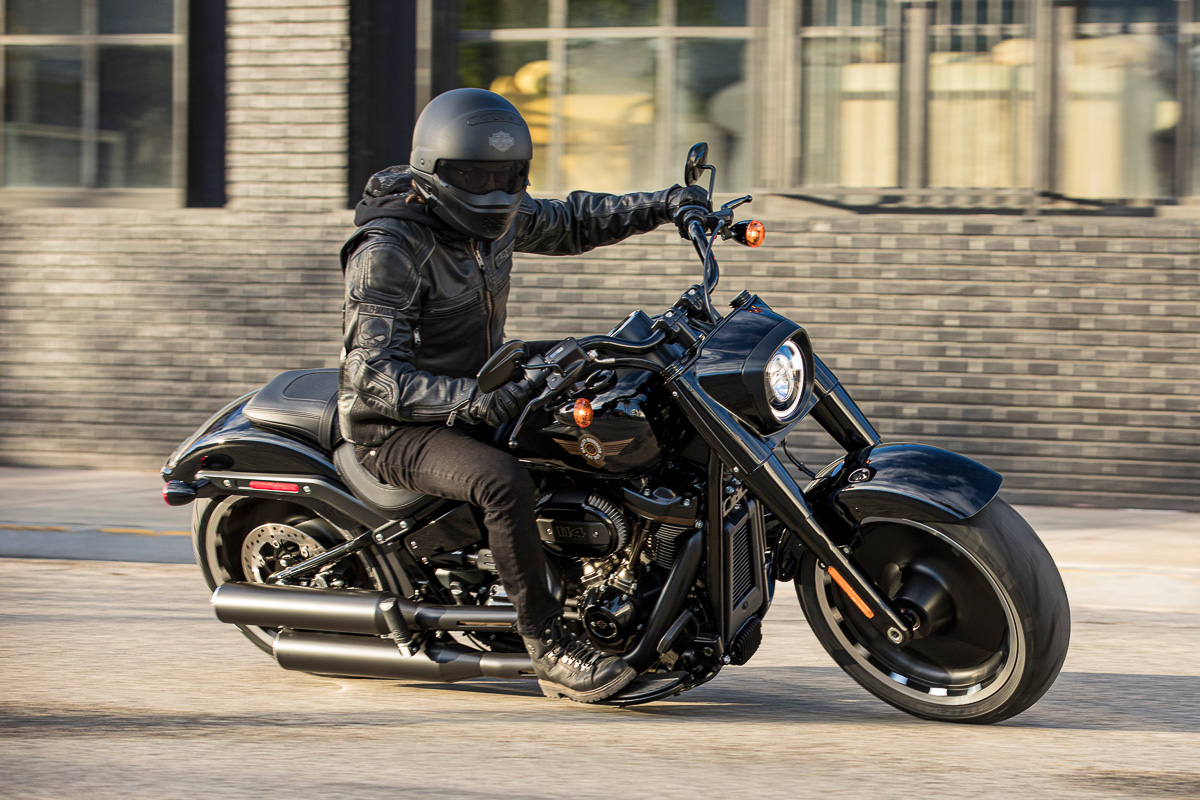 Blacked out with dark finishes and bronze highlights called Vivid Black, it’s definitely one badass bike to roam the streets in style. Everything from its cast-aluminium Lakester wheels to its Milwaukee-Eight® 114 engine has been cloaked in this very special edition colourway with a classy touch of bronze to celebrate three decades worth of Fat Boy goodness. 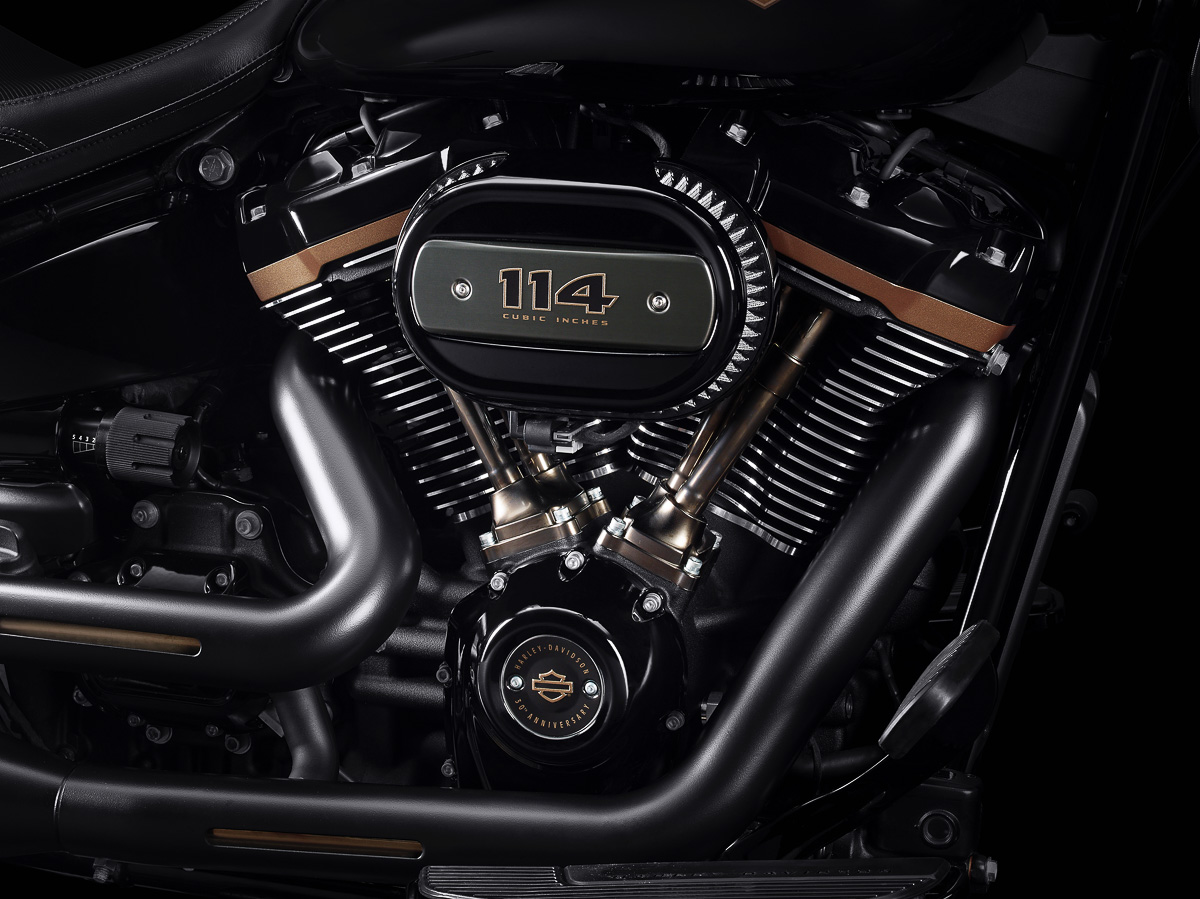 According to explains Brad Richards, Harley-Davidson Vice President of Styling and Design, “The Fat Boy took the look, proportions and silhouette of a 1949 Hydra-Glide motorcycle and completely modernized it for a new generation of riders. Those riders appreciated our post-war design DNA but also found themselves drawn to the clean simplicity of contemporary industrial design.” 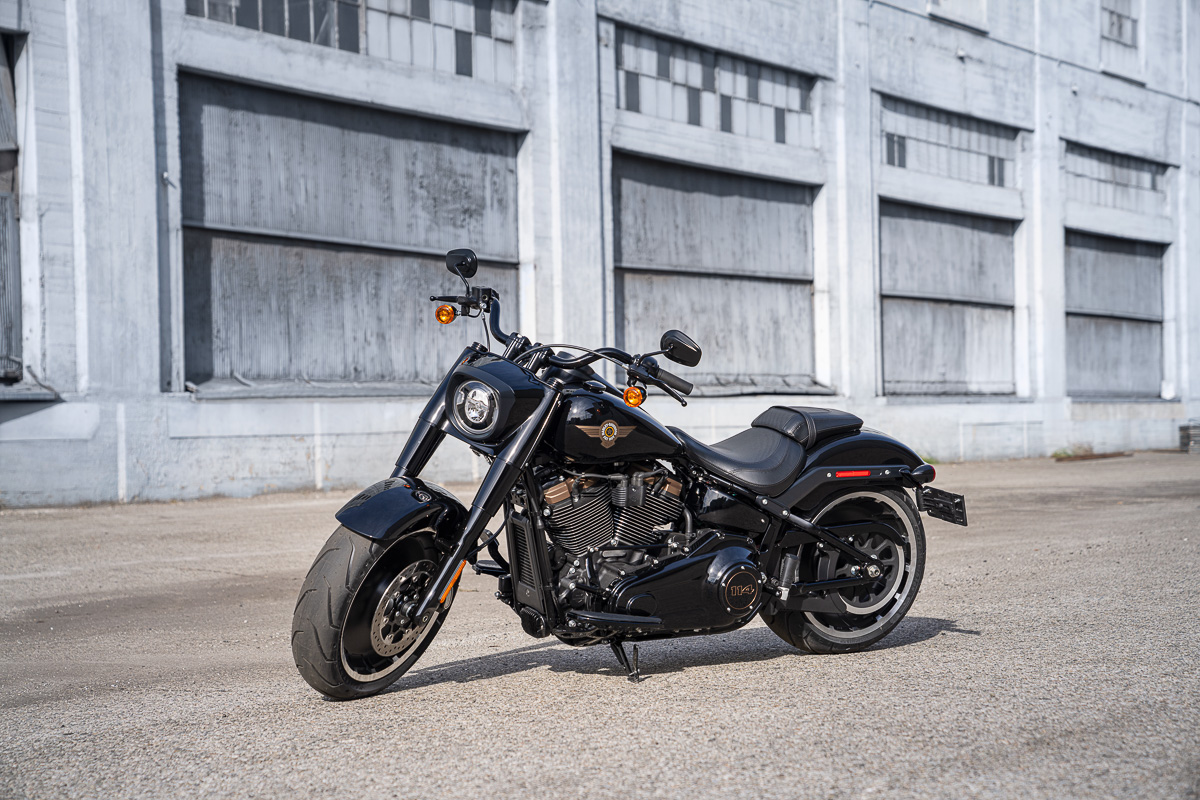 “Each of these elements was captured in the new 2018 version of the Fat Boy model. For this 30th Anniversary model we wanted to create something very special, so we leaned into the popularity of darker finishes and a limited run/serialized strategy to make the bike truly unique and exclusive.” 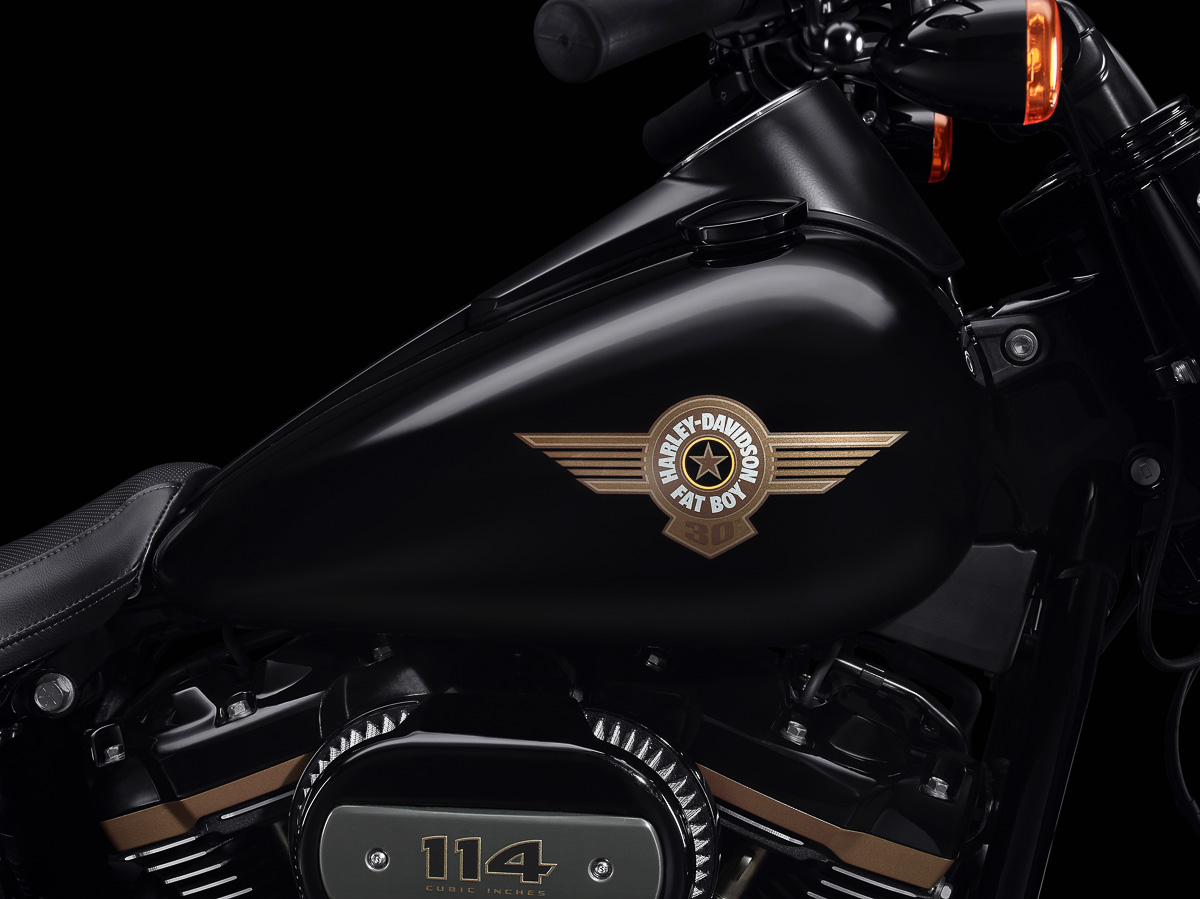 Other blacked-out parts include the exhaust (Black Onyx), headlamp nacelle, handlebar, and controls. If you happen to be in the good ol’ USA, you can cop one for a cool price of $21,949 (around RM90,328). Expect that figure to double up if one happens to arrive here in Malaysia.