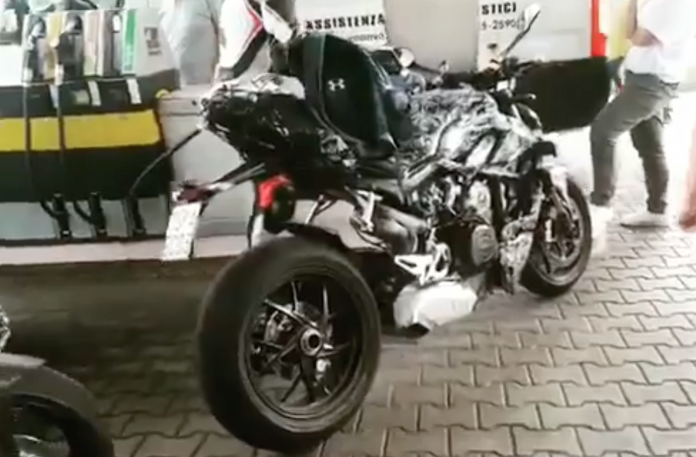 Yes, the 2020 Ducati Streetfighter V4 and 2020 Ducati Panigale 959 will soon be unveiled, but the bikes are still spotted undergoing development.

A video posted on the Fotocisa Facebook account shows both bikes wearing camouflage and refueling. It’s probably difficult for the test riders to get a drink without being swamped by the curious.

The Streetfighter V4 will be the first model powered by the Desmosedici Stradale V-Four engine after the Panigale V4. Since Ducati has always been a “V-Twin company,” the move to V-Fours marks a huge paradigm shift. The manufacturer is expected to follow suit with a new Multistrada V4.

The Streetfighter V4’s prototype had made its debut at the Pikes Peak International Hill Climb. Unfortunately, the fanfare turned tragic.

The Panigale 959 on the other hand will retain the 90o V-Twin Testastretta engine. As the current engine produces 157 hp while weighing only 168 kg, dry, the new bike is expected to feature at least 170 hp. That means its power-to-weight ratio is more than 1 hp to 1 kg. The biggest update is the single-sided swingarm, of course!

Other features will definitely include lean angle sensitive traction control and ABS, based around an Inertial Measurement Unit (IMU).