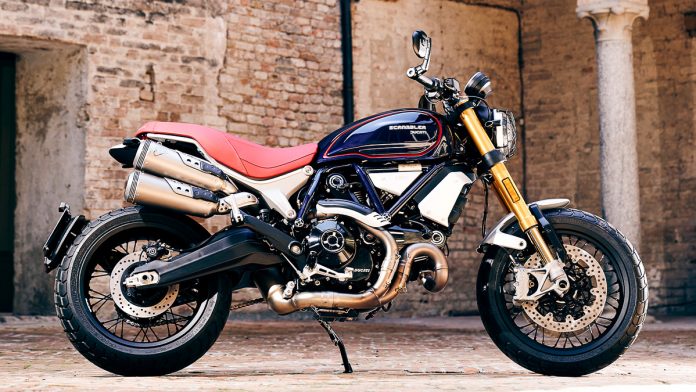 If you’re in the market for the most luxurious Scrambler Ducati, take a look at this 2020 Ducati Scrambler Club Italia. Based on the Ducati Scrambler 1100 PRO, this exclusive version was birthed in collaboration with the Scuderia Club Italia, a premier sports-cultural association in Italy. 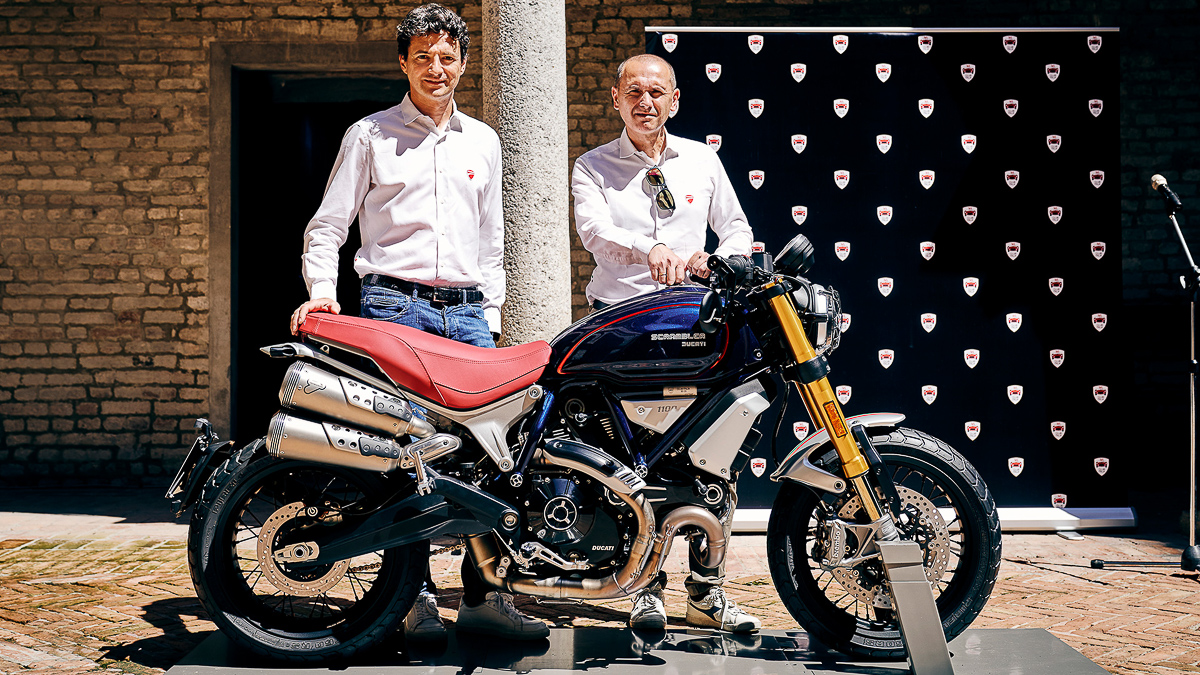 The bad news is that the limited-edition Ducati Scrambler Club Italia is currently offered only to the members of the association first before making its way for public purchase. This is not the first time these two parties joined forces to release a special-edition model as they’ve done so back in 1995 with the highly sought-after Monster 900 Club Italia (only 36 units ever produced). 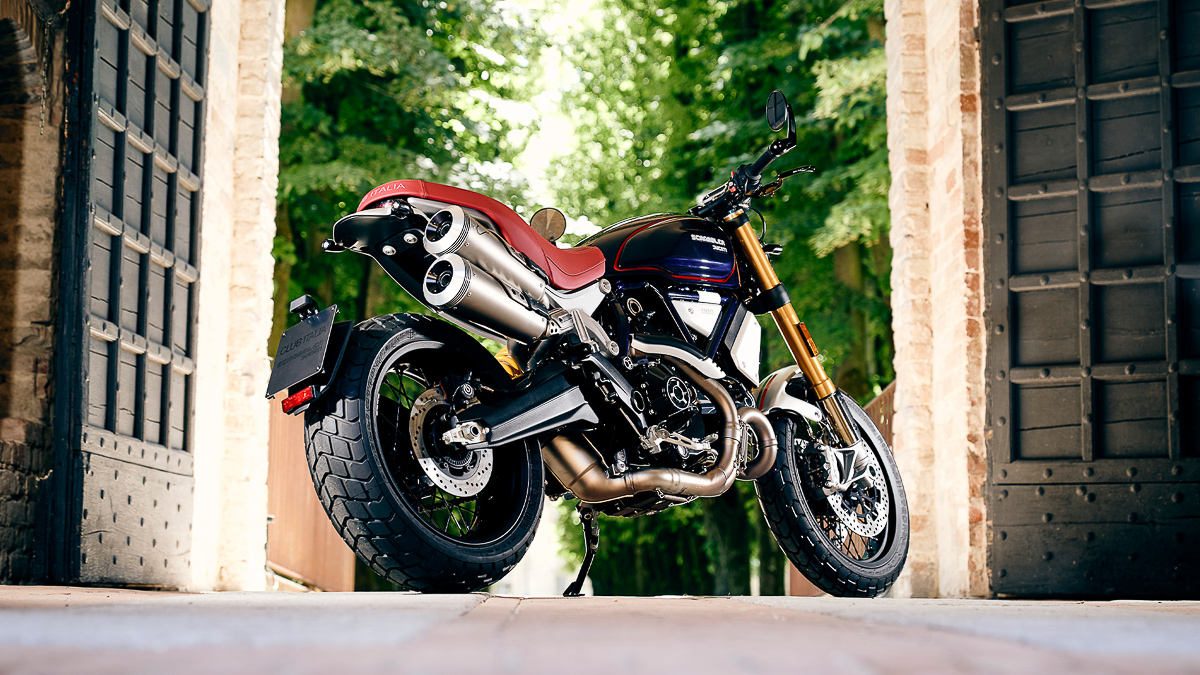 Think of it as a physically enhanced version of the 1100 PRO that features unique graphics and a host of accessories. We’re talking specially embroidered red leather seat by Poltrona Frau, metallic blue fuel tank and frame, red side panels, Giugiaro-designed Ducati logo, tricolour finished fenders, blacked-out wheels, and a serial numbered aluminium plaque as the cherry on top of the icing. 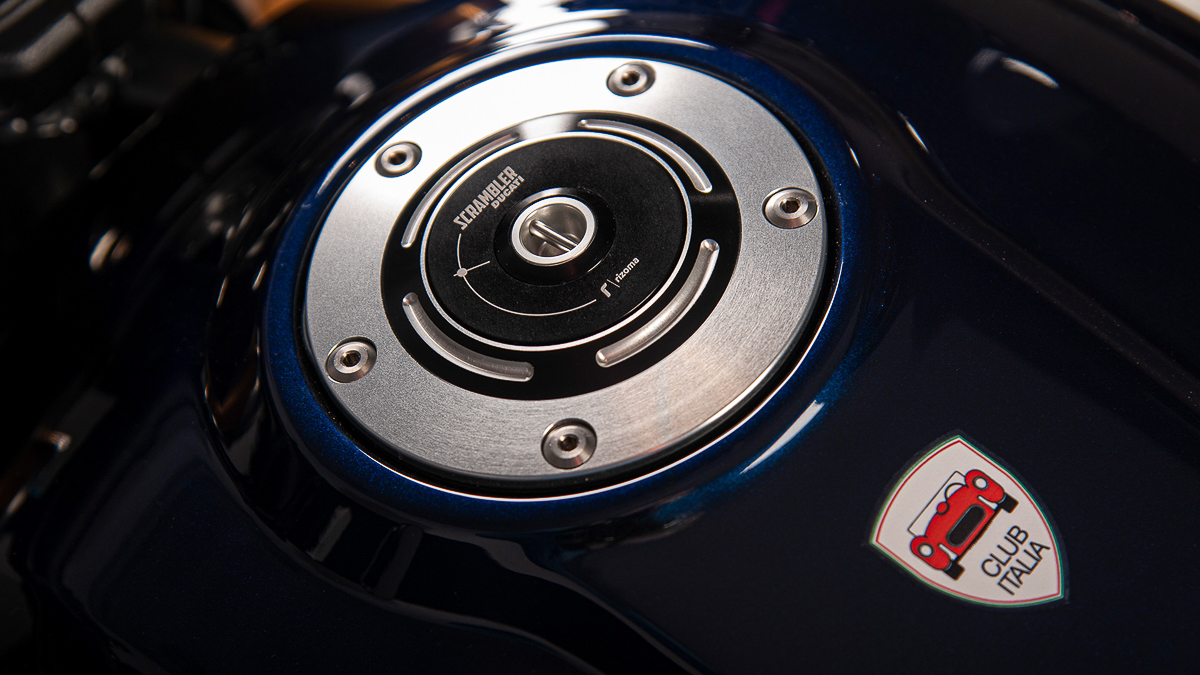 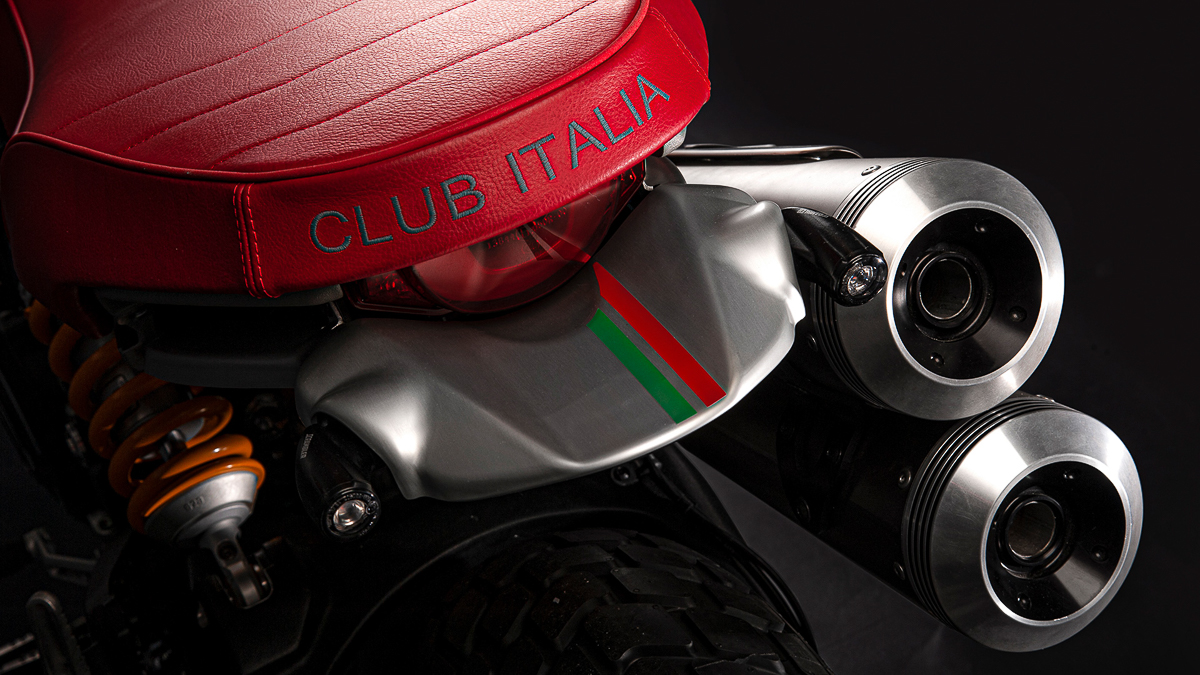 As stated earlier, members of the Scuderia Club Italia will have first dibs in buying this beautiful model. In the fight against COVID-19, Ducati will be donating 500 euros to the S. Orsola Hospital in Bologna for each bike sold to the association members to assist their efforts in combating the deadly virus as well as all recovery efforts. 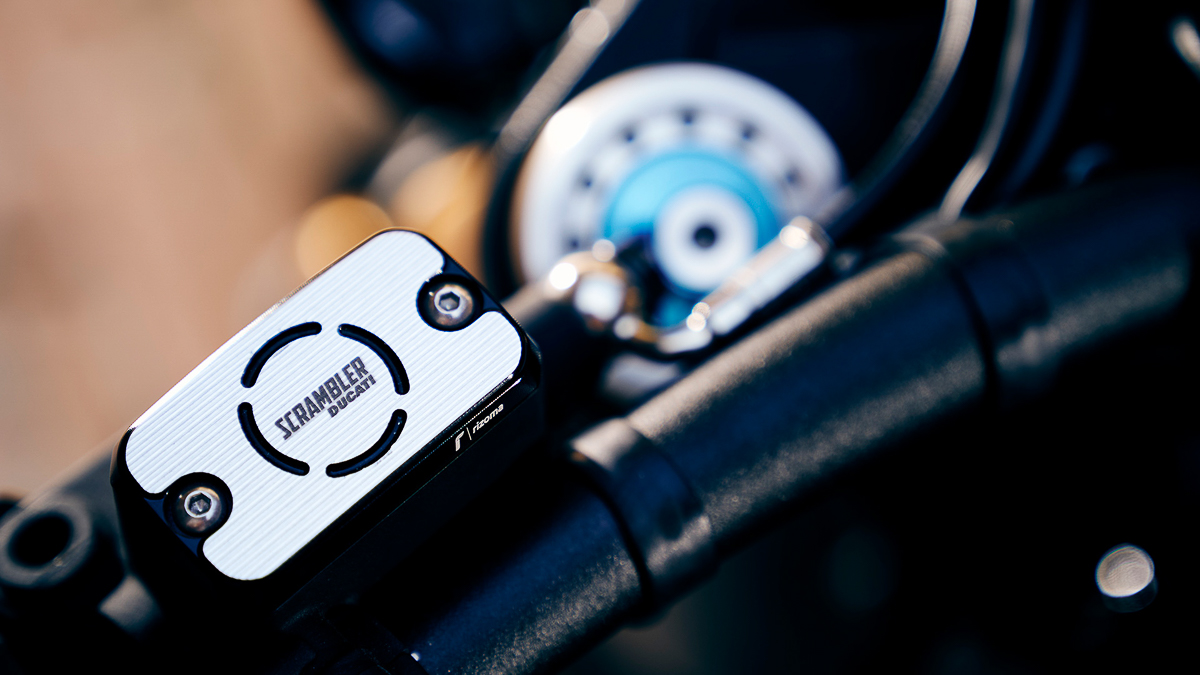 Each bike comes with a personalised bike cover, a certificate of authenticity and a hand-crafted Bell helmet that match with the bike’s exclusive façade. As the rules of the club state that there will be no more than 80 members at any given time, we’re probably guessing that the production number of this beauty will never surpass that figure. So, good luck if you’re planning to get one if you’re not a member. 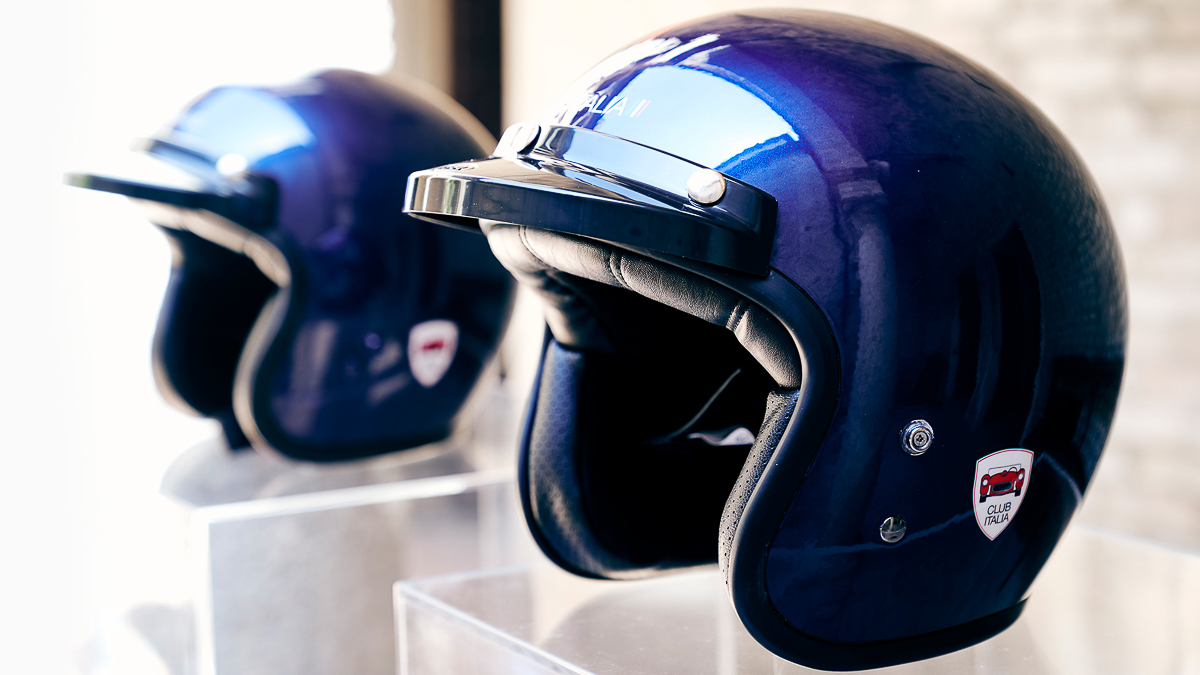