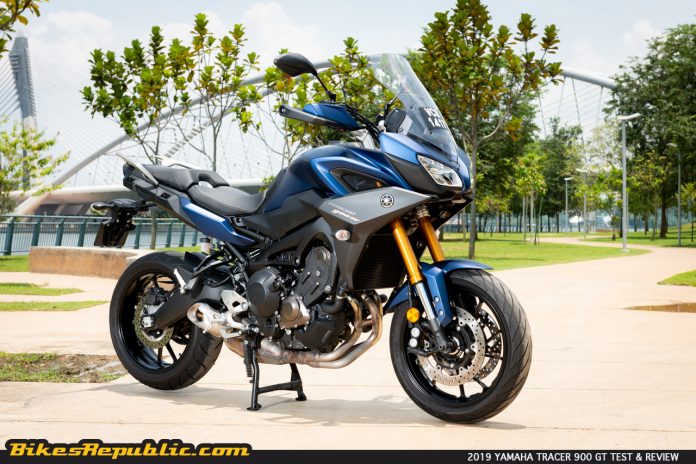 GT stands for Gran Turismo, or Grand Touring in Italian. The GT name usually alludes to a sports car that is not only fast but coddles its occupants in great comfort. Best examples of GT are the Lamborghini Avantador, Ferrari F8, Porsche Turbo and those in the same ilk. 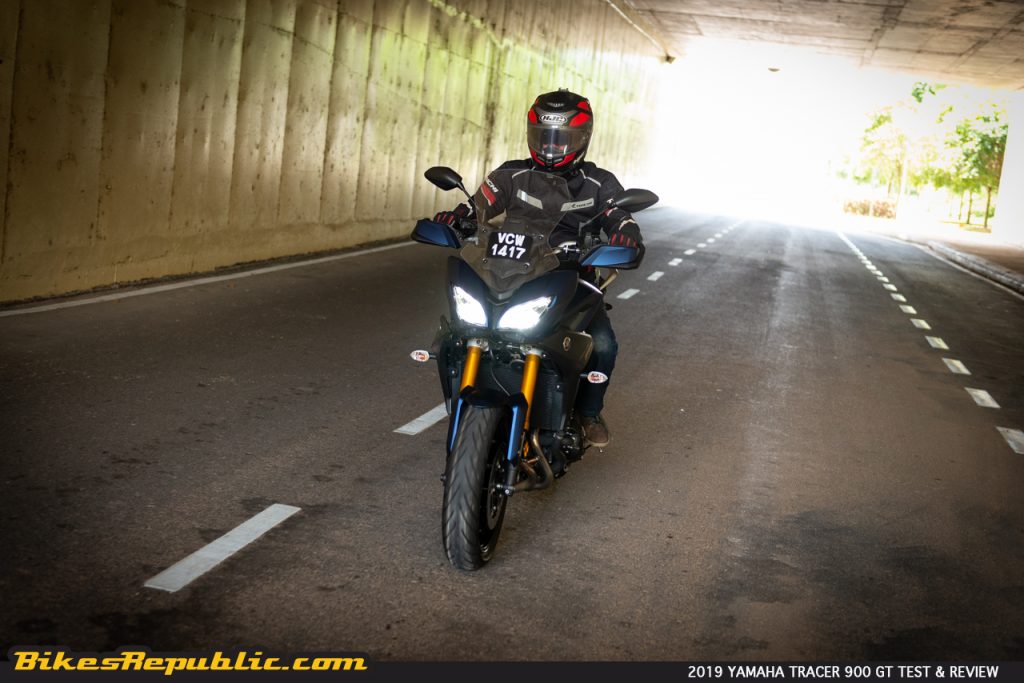 Well, looks like have to find out if the Tracer 900 GT is worthy of the designation, since Yamaha placed it as such, don’t we?

The model was unveiled in Malaysia earlier this year and it seems like its manufacturer listened to their customers’ feedback in making the 900 GT even better than its predecessor, the MT-09 Tracer.

So, while both bikes are almost identical in terms of styling, there are almost worlds apart when ridden. Sure, the inline-Triple CP3 engine sourced from the MT-09 is retained along with 115 hp and 87.5 Nm, as with the frame. However, the bike is almost completely new. 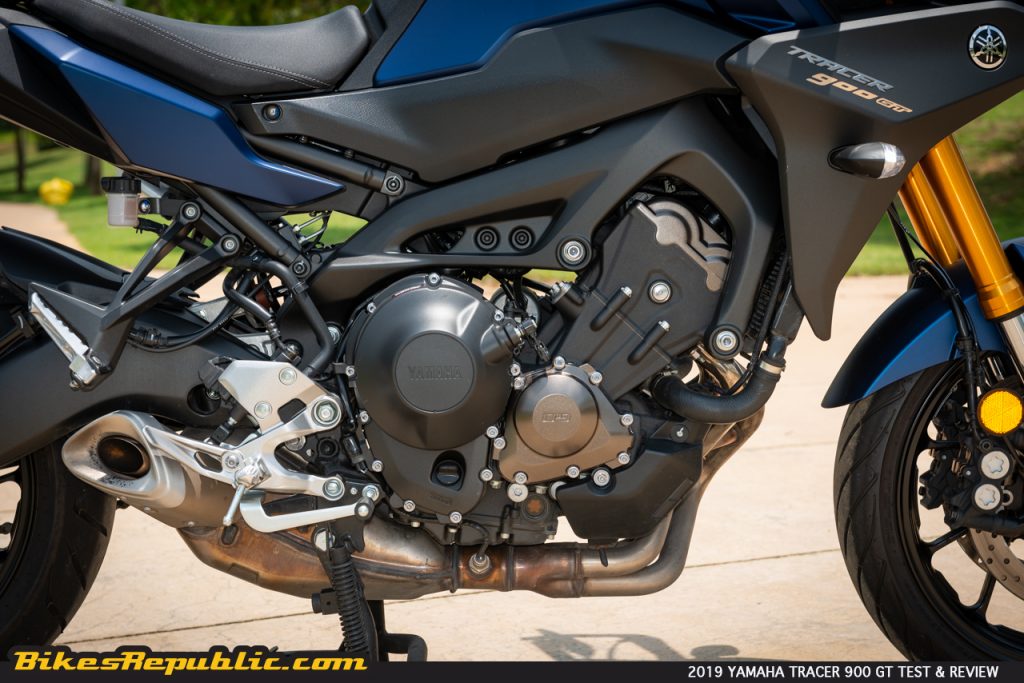 Again, the changes are subtle on paper, but they add up to a greater effect. The handlebar was first inkling of the changes when you climb on. It’s now only narrower but also moved back to meet the rider. The change gives the rider a slightly forward slant of the upper torso, putting more weight on the front end and feeling natural at the same time. 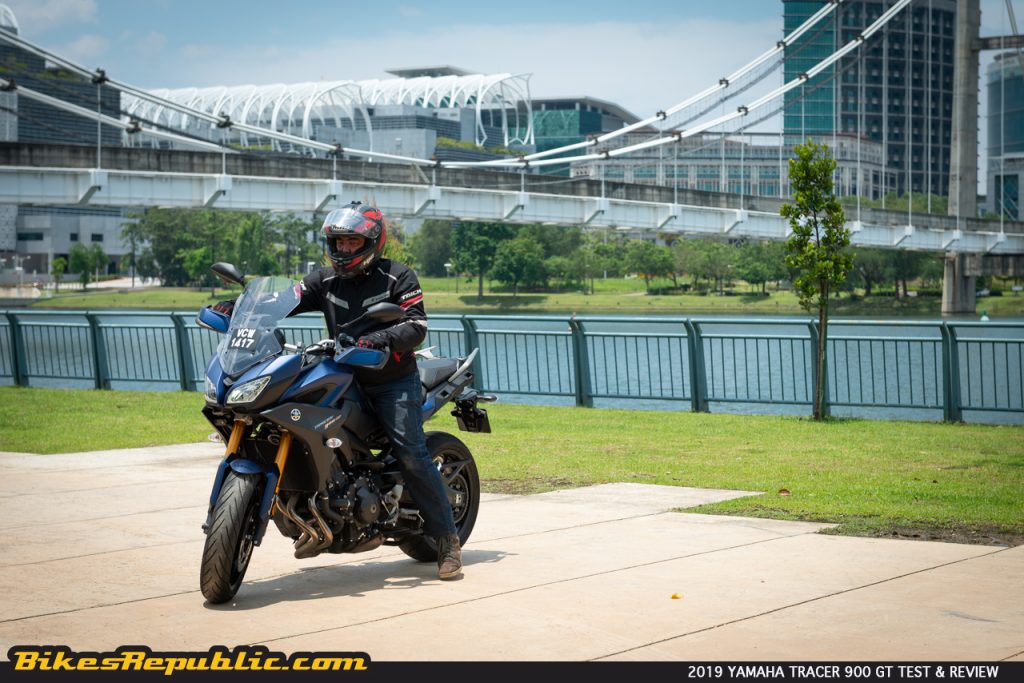 You now stare at a TFT screen instead of the previous yesteryear-looking LCD cluster. However, the size of the TFT on the Tracer 900 is rather small… especially for someone who’s getting older like me. Still, it’s a welcome change from the Super Tenere’s “TV screen.” 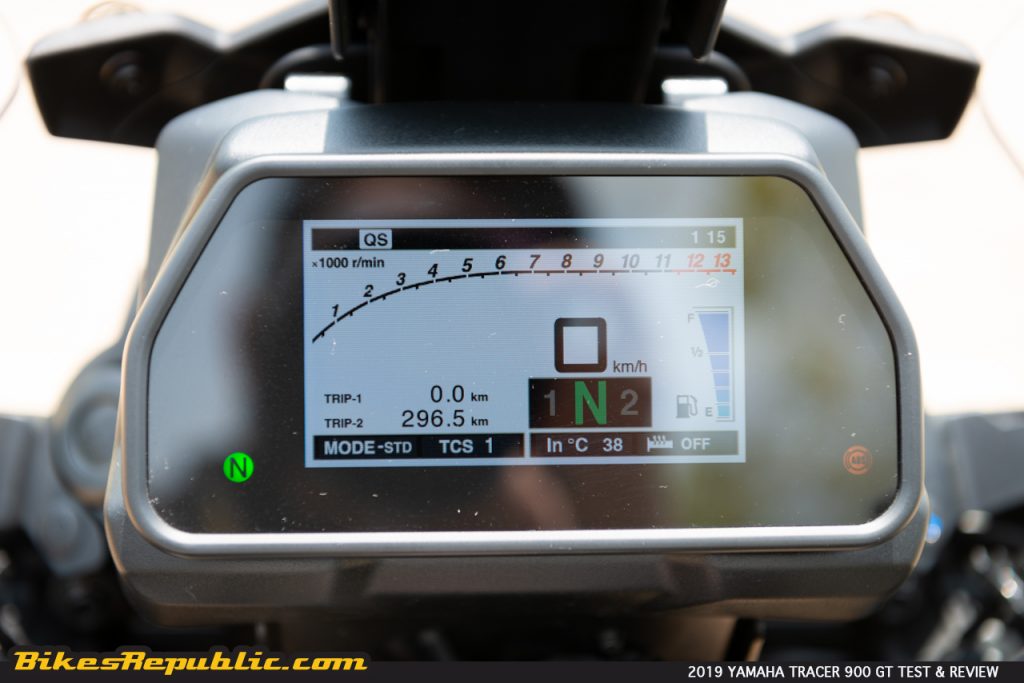 That’s because every aspect for performance, riding data and setup is carried out through the screen, through a new scroll thumb wheel on the right switch handlebar. 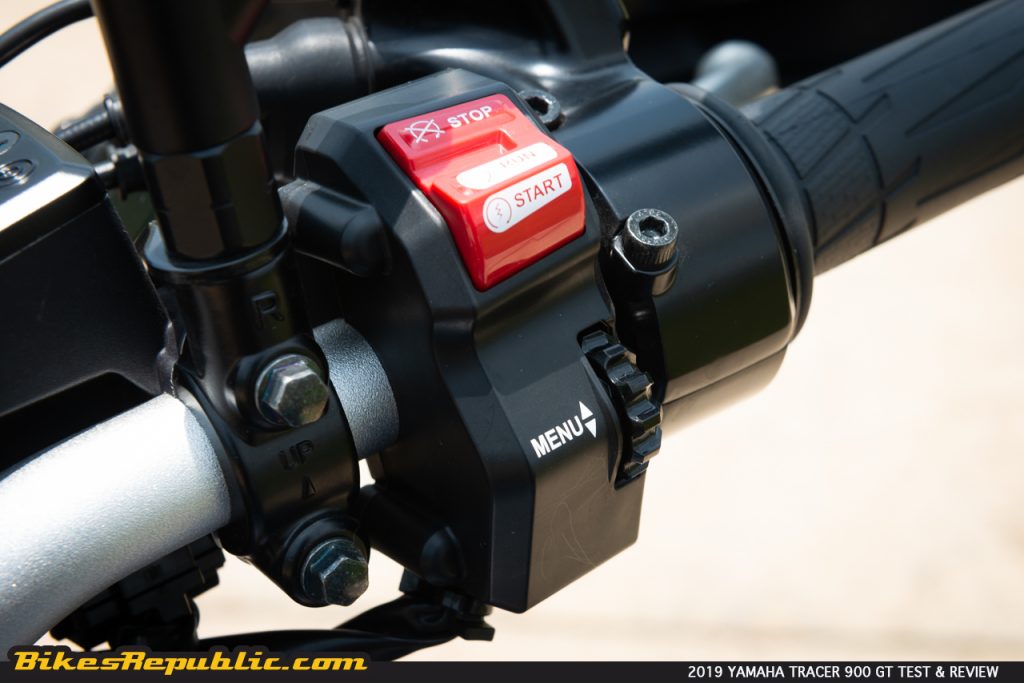 As for riding modes and TCS levels, you need to select your preferred combination before you start riding, because you can’t do so while the bike is on the fly. Instead, you have to stop the bike or coast in Neutral at low speeds to change the D-Mode. Bummer.

The three D-Modes are carried over from the MT-09 and MT-09 Tracer, providing a quick reaction to throttle movements. The acceleration was exhilarating and addicting, least to say, as you grab one gear and another using the quickshifter! 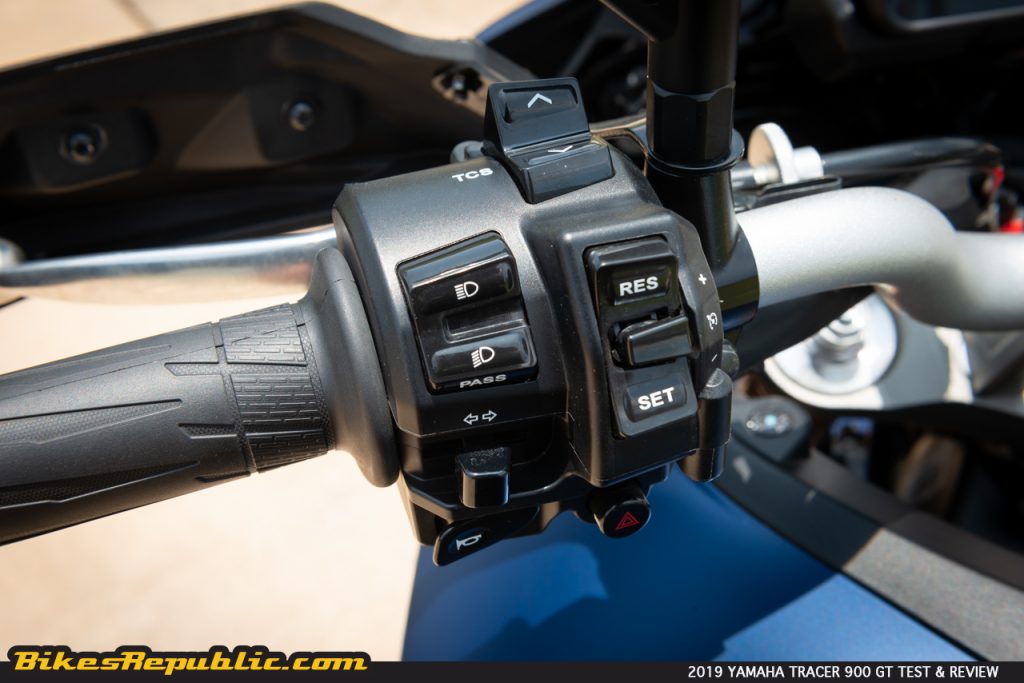 Such reactions used to be the biggest irritation for its forebears, but no longer!

The solution wasn’t in the throttle feel, but the suspension, instead. The rear shock is new and looks beefier than the old unit. It’s still adjustable for preload and rebound damping, but now it doesn’t pump and down through high-speed sweepers. Tuned correctly, the Tracer 900 GT is one of the nimblest bikes in the market. 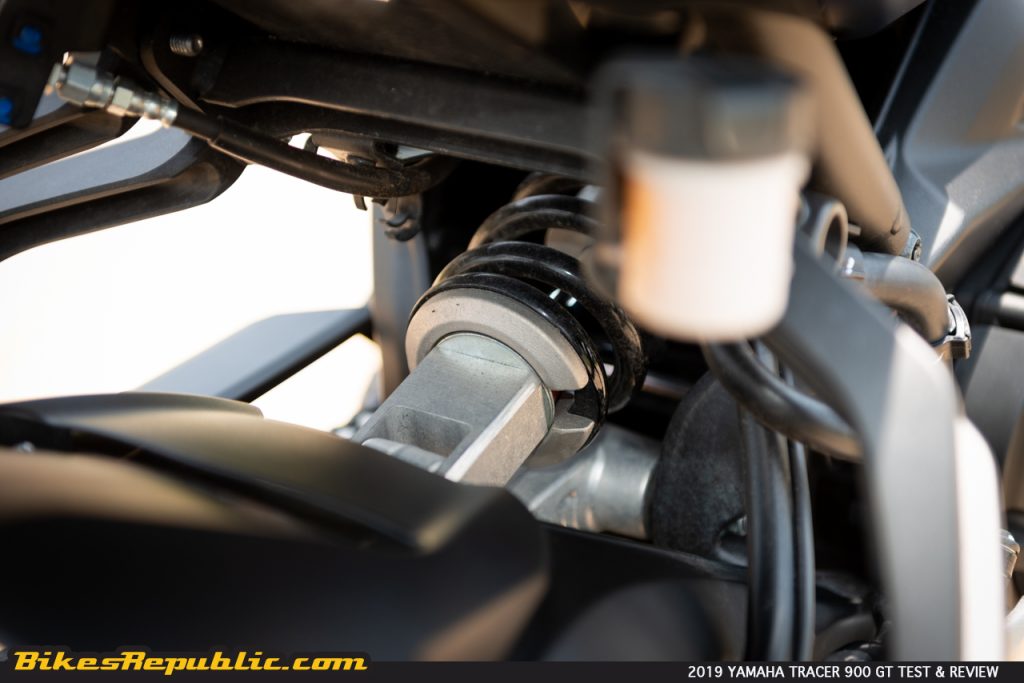 My spouse takes on the role of backseat reviewer and ranked the seat’s comfort higher up the scale, plus the better-acting new rear shock.

Adding to the rear shock’s performance is the longer swingarm. Yes, it looks just like the one on the previous model but it was truly discernable when you ride it – 60 mm is rather a lot to miss! It provided a whole lot more straight-line stability but perhaps more importantly was allowing the bike to “finish the corners” much better now – cracking the throttle mid-turn didn’t sent the bike wide as a longer swingarm acts to keep more weight on the front tyre when the gas comes on. 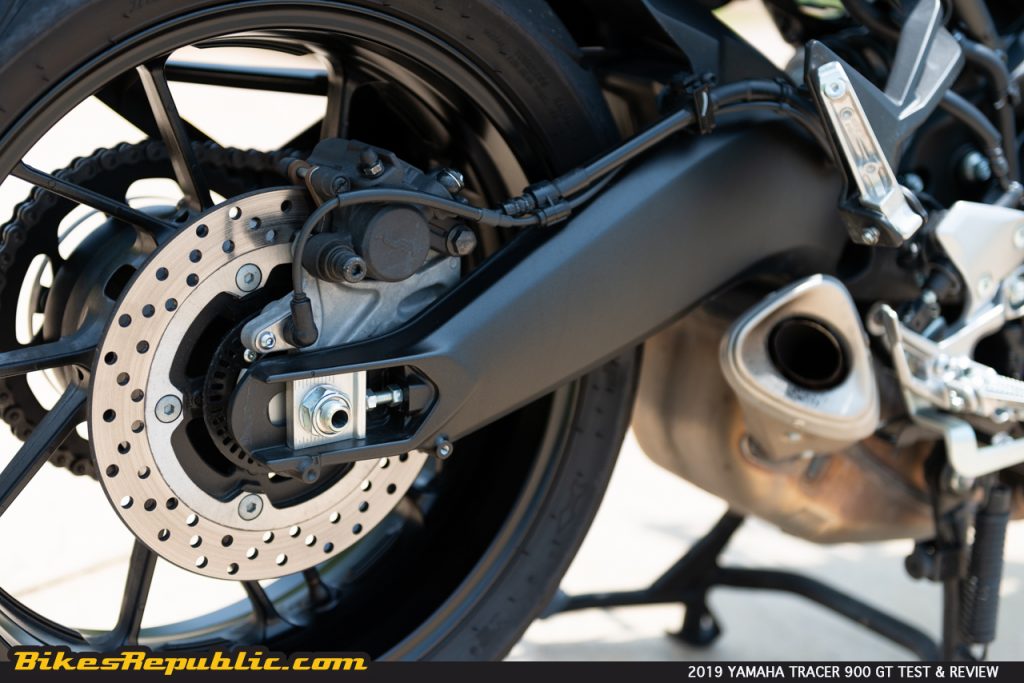 The new windscreen truly worked. The material is clearer than its predecessor’s and the sides were designed to keep windblast off the rider’s chest yet allowing enough through to keep him cool. 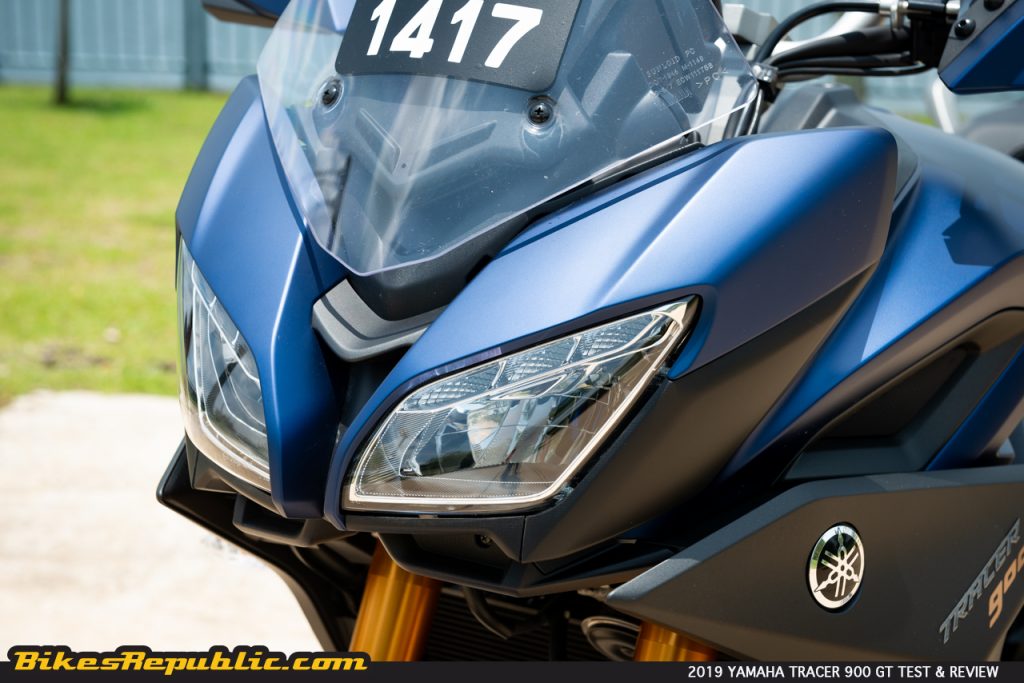 Last but not least, the centrestand is a great addition. However, it turned out to also be the one point which we didn’t like most. It’s very wide at the base and grounded very quickly even before the footpeg feelers did.

It’s amazing what listening to your customers can yield. The 2019 Yamaha Tracer 900 GT is the perfect embodiment of such a strategy. 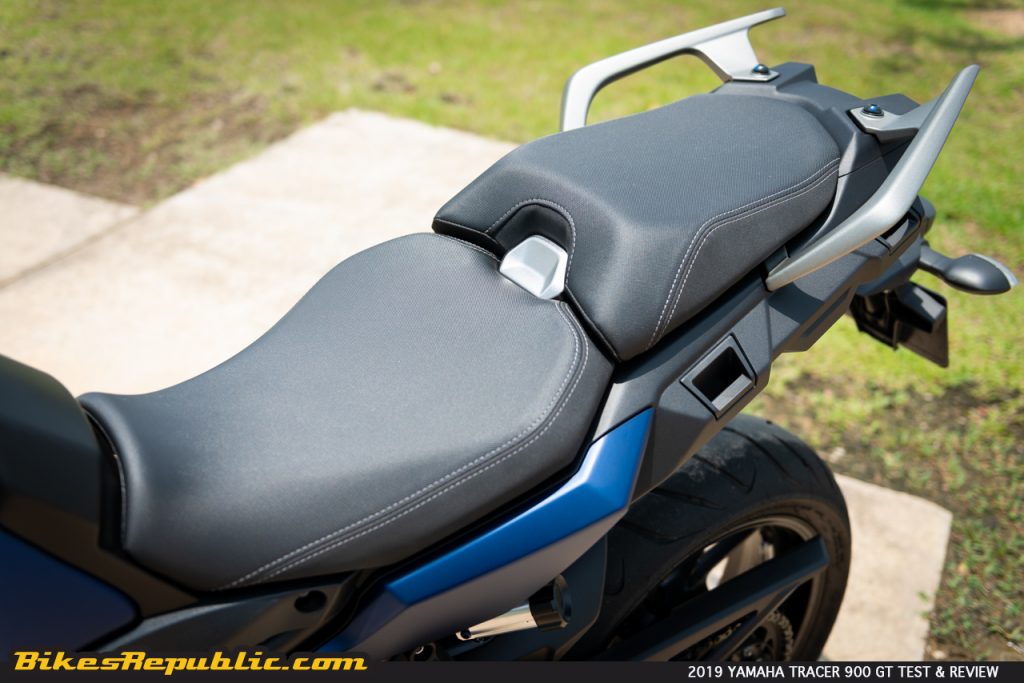 At just RM 58,800 (basic selling price) the bike offers a great value for money which cannot be ignored. It’ll take you to places you want to go while looking and sounding good.

In a nutshell, yes, the bike is worthy of the “GT” name.

This test and review was brought to you by: