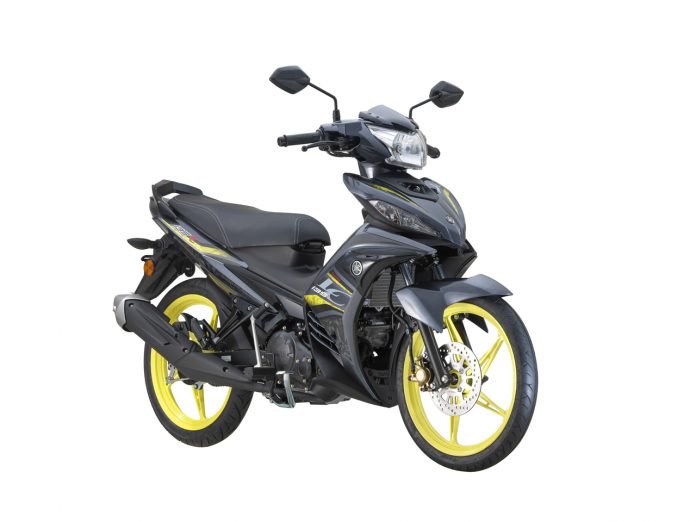 The Yamaha 135 LC was a gamechanger in the underbone i.e. kapchai segment when it was first introduced in 2005. It was the first to include many new features at the time but the most significant was its liquid-cooled engine, hence the “LC” denomination.

The first generation 135 LC still holds a legendary reputation as being the fastest kapchai ever built, until the advent of 150cc competitors.

But the model is beating after more than a decade later. It’s still a model which fills the gap between the 110 to 125cc smaller kapchais to its bigger Yamaha Y15ZR brethren. One can still see many old and new 135 LCs around, especially among the Food Panda and GrabFood boys and gals (bless ‘em).

Hence, these and more provide reasons to continue production with upgrades and updates along the way.

For 2019, the engine remains untouched i.e. 135cc, liquid-cooled, SOHC, single-cylinder mated to a 4-speed transmission with auto clutch. The changes are aesthetics to “freshen” up the bike.

The cosmetic changes are: