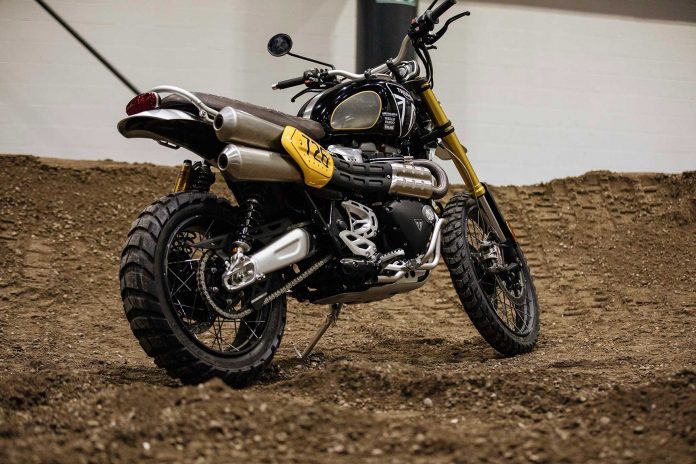 Triumph Motorcycles is serious about the off-road capabilities of the just-launched 2019 Triumph Scrambler 1200. The race on an indoor dirt-track during the launch party was one thing, but the British manufacturer wants to push it even further by entering the bike in the historic and punishing Baja 1000 rally.

As we’ve described in our coverage of the launch, Steve McQueen and his stuntman Bud Ekins have joined the rally many times on Triumphs in the past. Hence, returning to the rally with the 2019 Scrambler 1200 is only right since it is the soul successor to the TR6 Trophy Baja (pronounced Ba-Ha) desert racers.

The Baja Scrambler 1200 XE will remain mostly stock. Instead, the only additions are engine protection bars, extended sump guard, race exhaust system and race-specification lights. They will also remove the pillion footpegs and signal lamps. 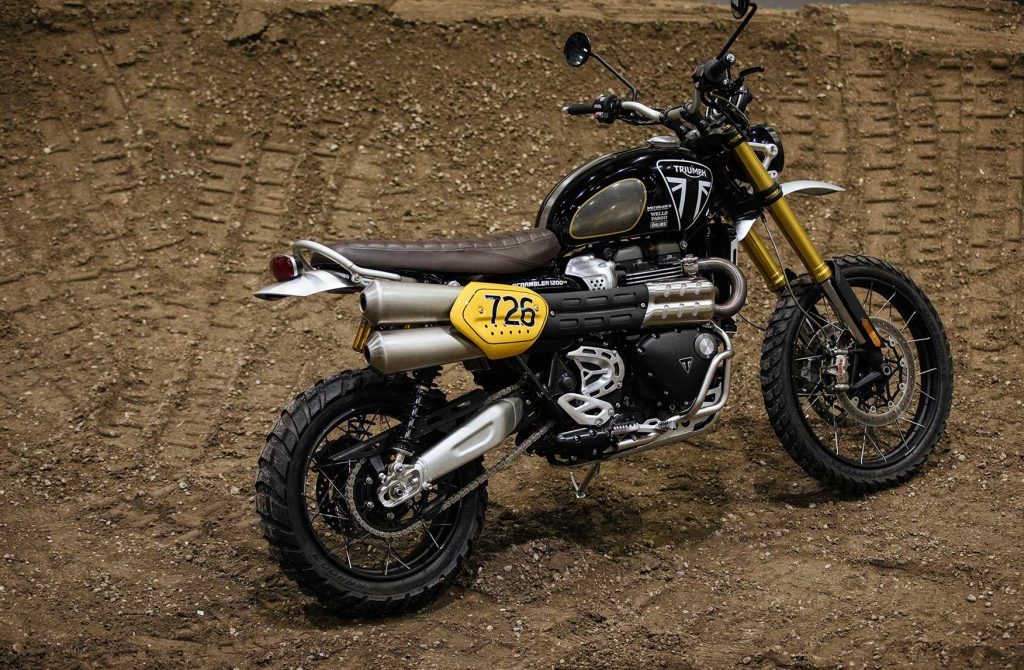 A prototype of the racer was shown briefly on stage during the launch party. It will be ridden by Triumph’s official rider and stuntman, Ernie Virgil.

Ernie said, “I am so excited to get the chance to only take on the Baja 1000, but also to be the first racer to take Triumph’s next generation Scrambler back to desert racing where it all began.”

The rider had contested the race on a Triumph Tiger 800 previously. 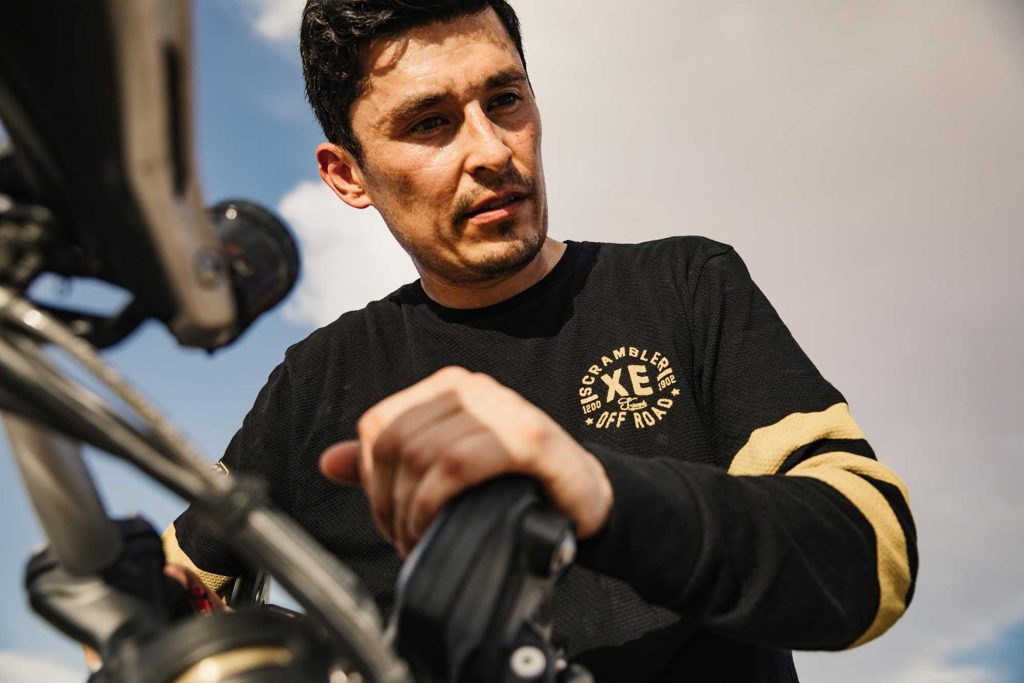 The Baja 1000 is also part of the World Championship for desert racing. Held at the California-Mexican peninsula it attracts participants from the world over in motorcycles, cars, trucks, ATVs and buggies.