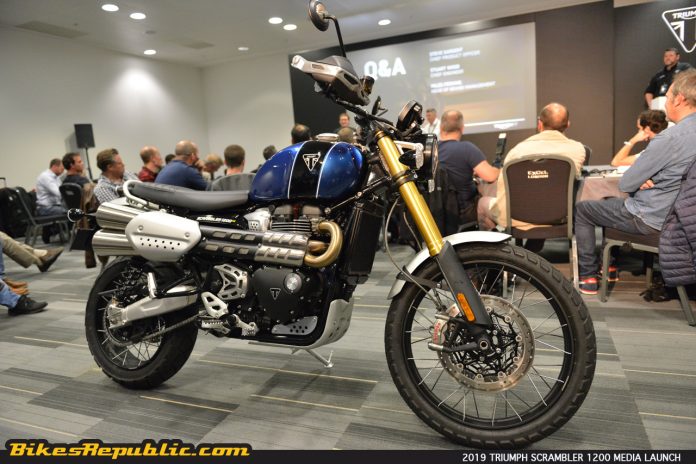 Triumph looks to have scored a major revolution with the launch of the 2019 Triumph Scrambler 1200.

Being offered in two variations, the new Scrambler 1200 looks to be the perfect embodiment of adventure-riding in the Bonneville’s timeless classic silhouette.

Triumph is not one manufacturer inclined to building new motorcycles without festooning them with the latest features. Such approach applies to the 2019 Scrambler 1200, as well. The Hinckley-based manufacturer has aimed the new bike as the benchmark of scramblers. As such, the list is extensive. Very extensive. So where do we start?

Triumph was the leader in off-road racing many decades ago. A-list actor, adrenaline junkie and all-around hard man Steve McQueen raced the Triumph TR6 Trophy SC at the punishing Baja Rally in New Mexico. Mr. McQueen’s stuntman Bud Ekins (who performed the jumps in “The Great Escape”) also raced Triumphs and won at the rally.

Truth is, Triumphs were the original scramblers (although they did not claim that name). 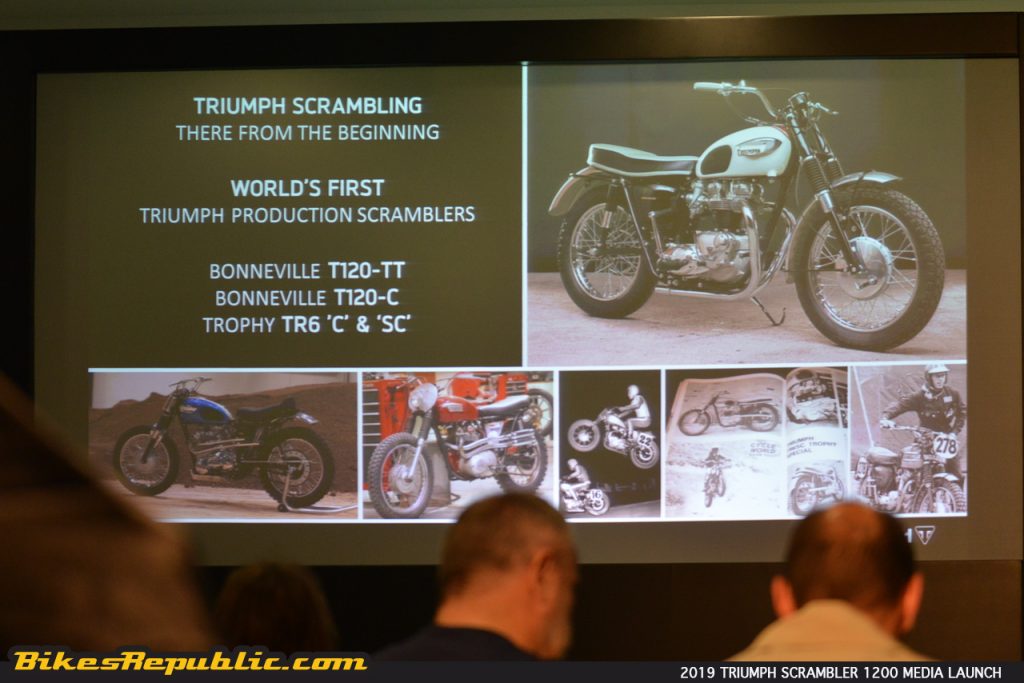 The Bonneville T-120TT, T120C and TR6 “C” and “SC” were stripped down for desert racing, featuring twin exhaust pipes that were fitted high up and chopped off. And dirtbikes back then, “scramblers,” as they’re known, looked exactly like how the Bonneville does today.

But! Triumph had been taking the quiet line why its rivals push out their own “Scramblers.” Triumph already has the 900cc Street Scrambler but they knew they needed something more hardcore. Hence, the 2019 Street Scrambler is that “missing link” as the company put it.

The two variations are: 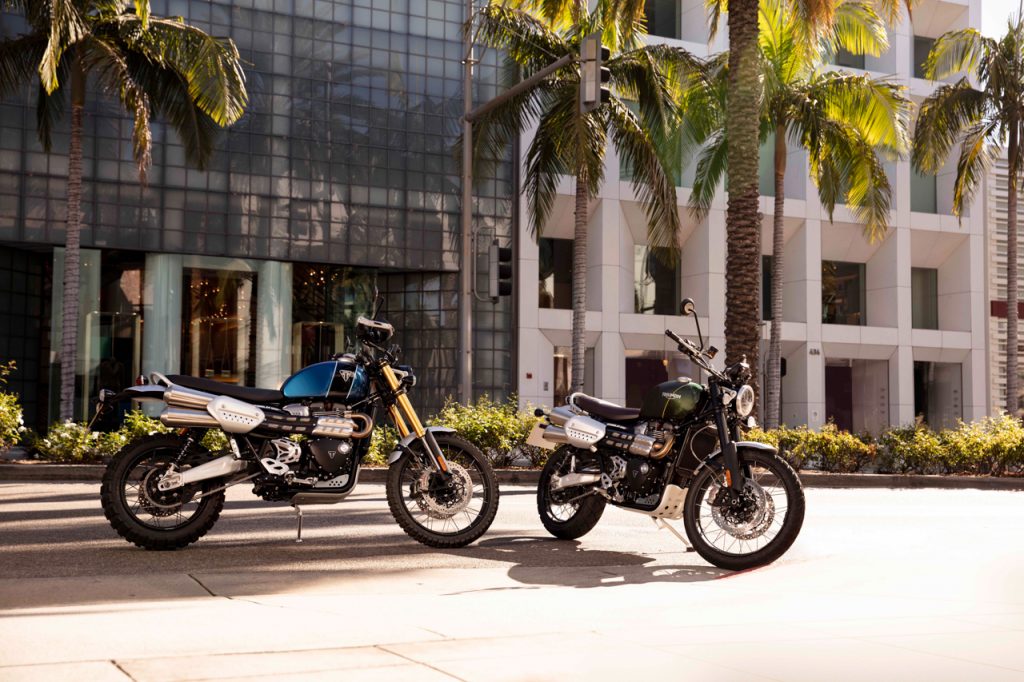 Featured on both models, with two information layout design themes that can be personalised. An all-new feature allows the rider to update the start-up screen message with their name. 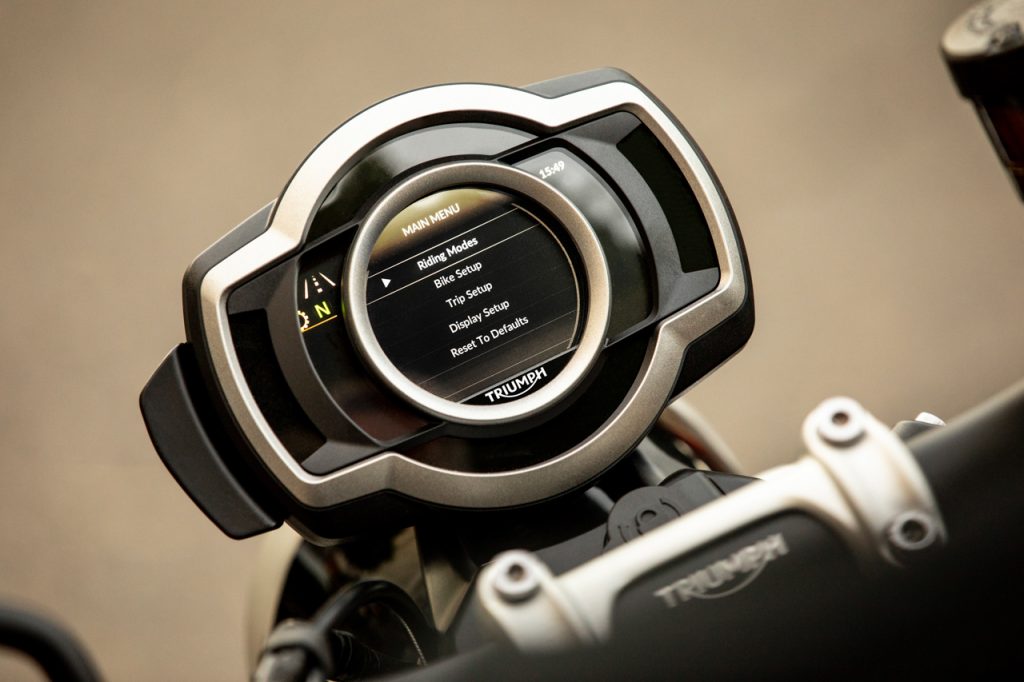 This is a first for any scrambler. Exclusive to the Scrambler XE is the Optimised Cornering ABS and Optimised Cornering Traction Control. Based on a Continental IMU (Inertial Measurement Unit). The front brakes consist of dual discs gripped by Brembo M.50 Monobloc calipers. 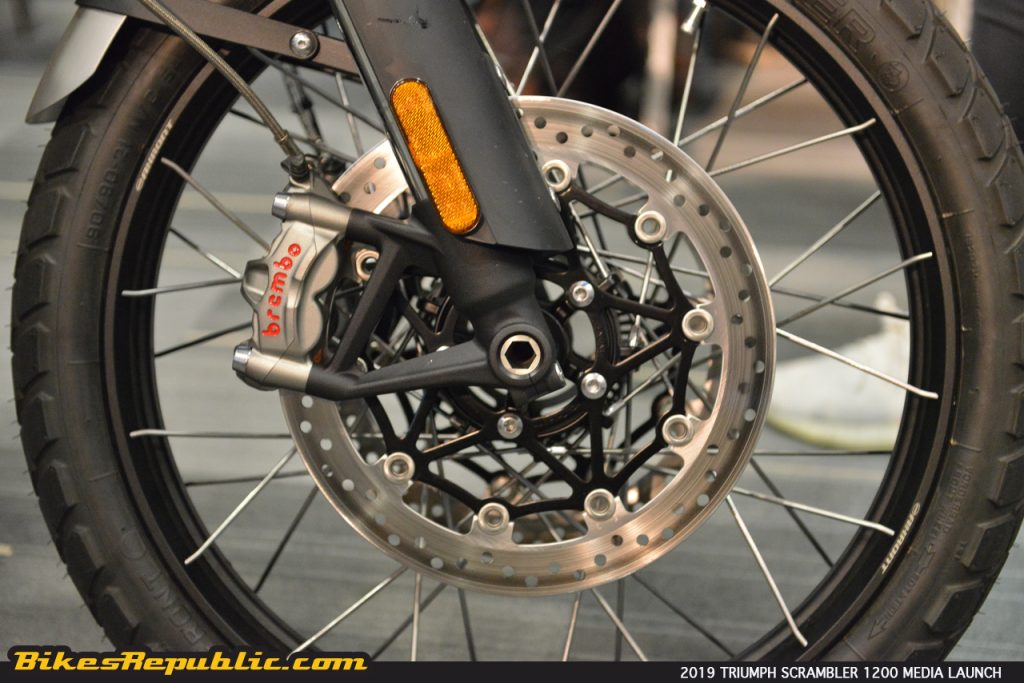 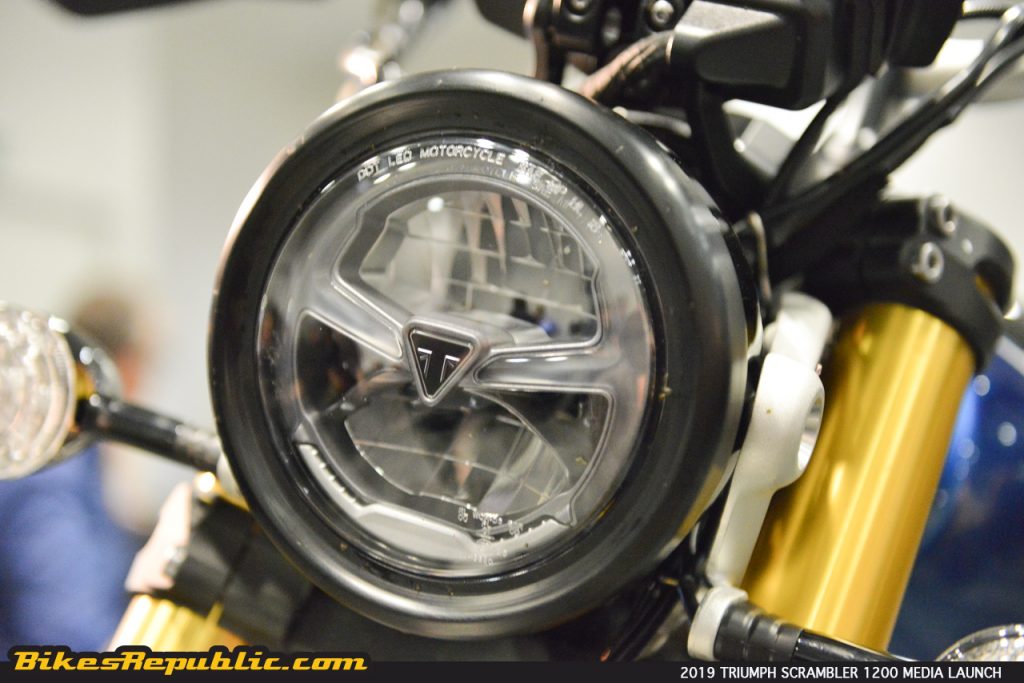 The switches on both Scrambler models are backlit from LEDs housed inside the switch cubes. No more fiddling around at night.

Designed to reduce clutch lever effort for the rider, bringing a lighter touch and feel to the clutch and making it easier to ride, and for longer.

Triumph’s keyless ignition system is standard on both models. The system recognises the proximity of the keyless fob and then enables ignition via the switch cube mounted start button. You may also disable the key’s wireless transmission function.

Electronic cruise control is standard. This is a single button system, similar to the Triumph Tiger 800 XRx/XRa/XCx/XCa.

Both new Scramblers feature a 5 vault USB power socket for charging personal equipment. This is integrated into a new foam lined storage box under the seat. 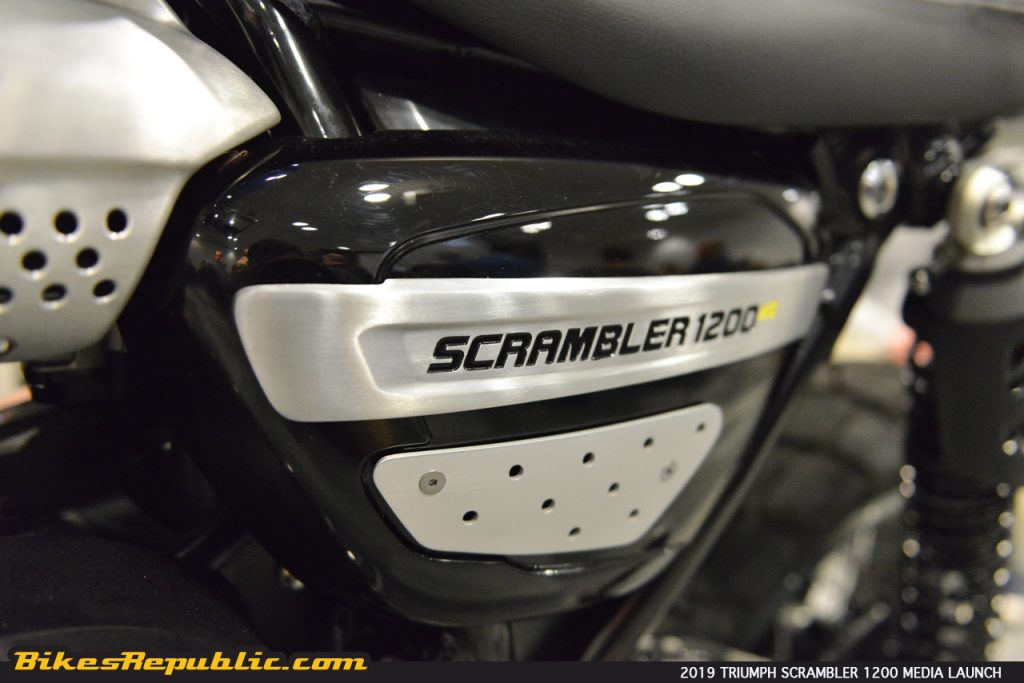 Yes, we finally know what engine goes in the bike (and our speculations were wrong). 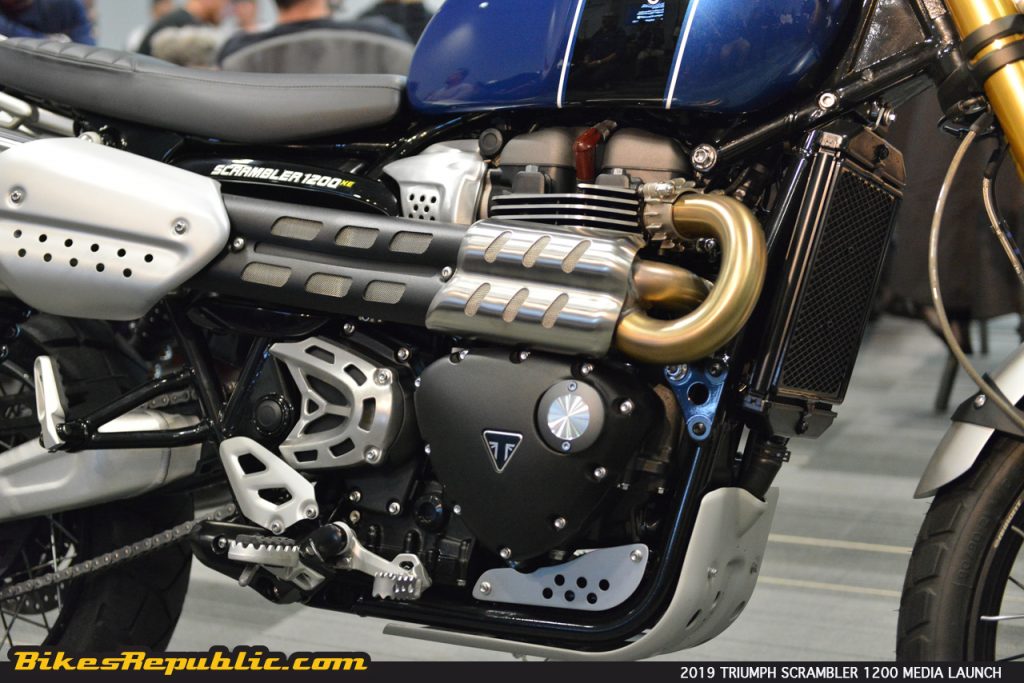 Triumph is NOT following the conventions the “modern scrambler” design but benchmarks it. This is achieved by combining the classic design with modern touches, features and capabilities. 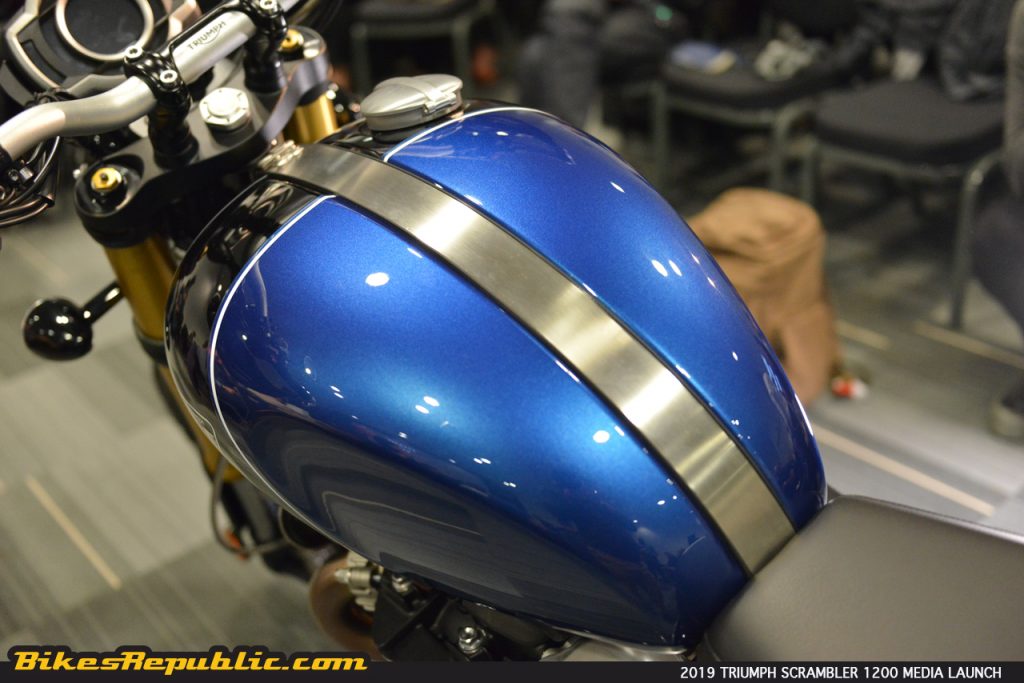 Riders will be spoilt for choice when it comes to customizing the bike. From handlebars to luggage. Inspiration Kits expand customization even further such as fly-screen, Arrow silencers, high front mudguard.

Triumph developed a dedicated range of Scrambler 1200 clothing, with a selection of short sleeve t-shirts, checkerboard goggles and a collection of riding and casual wear for men and women. 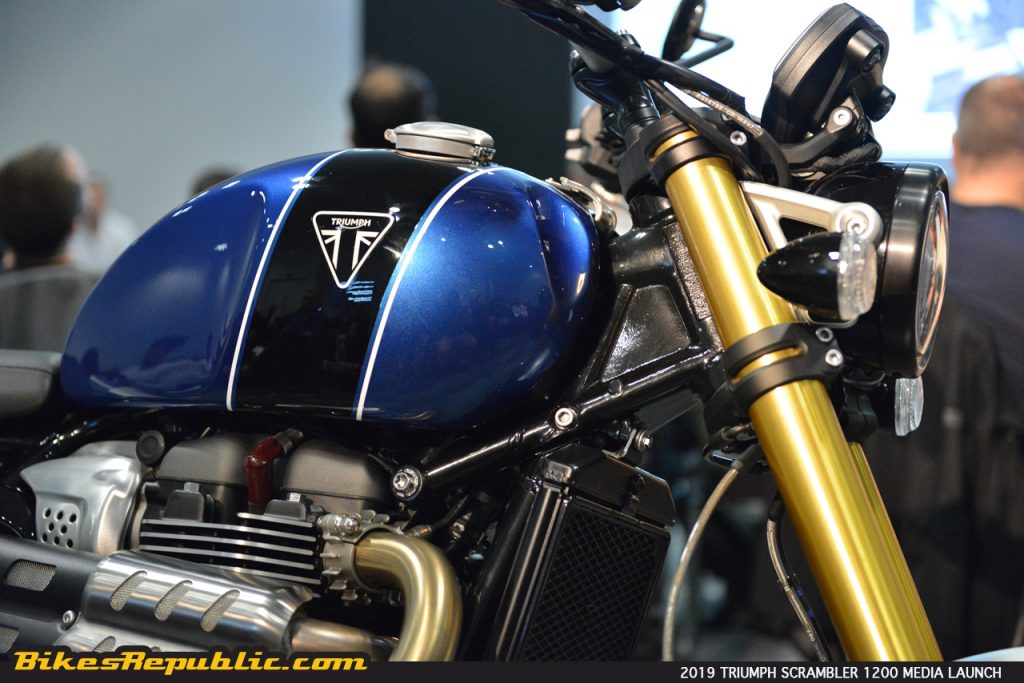 In a way, you could think of the 2019 Triumph Scrambler 1200 as the love child of the Thruxton R and Tiger 800. Such features and capabilities are not to be sneezed at. Knowing how effective Triumph it in producing wonderfully all-rounded the bikes, it is time to for them to rule the Scrambler wars. 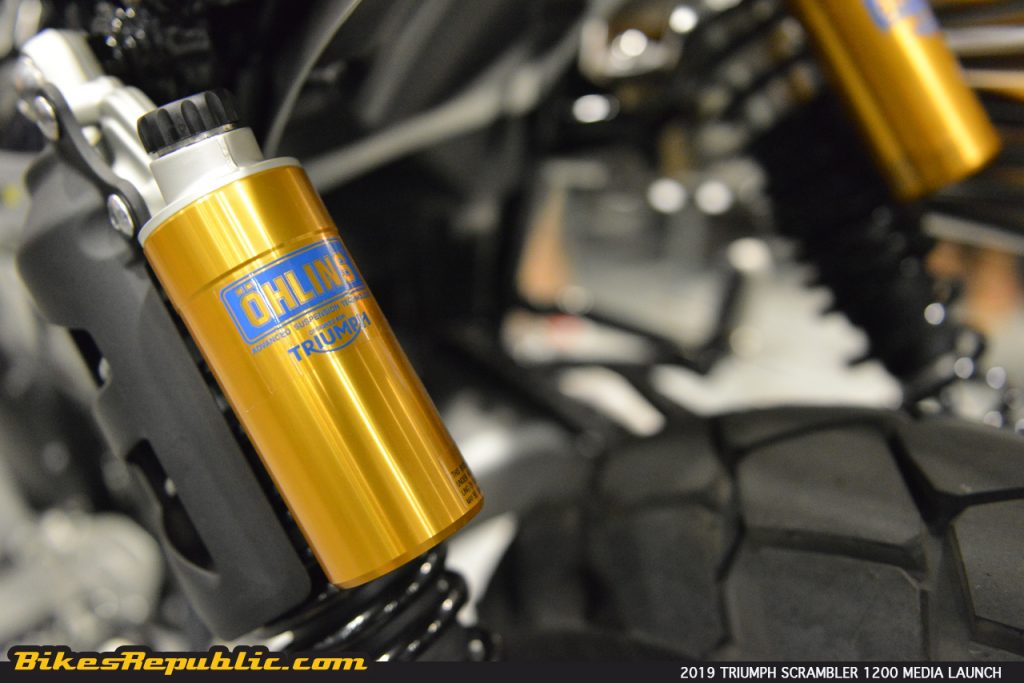 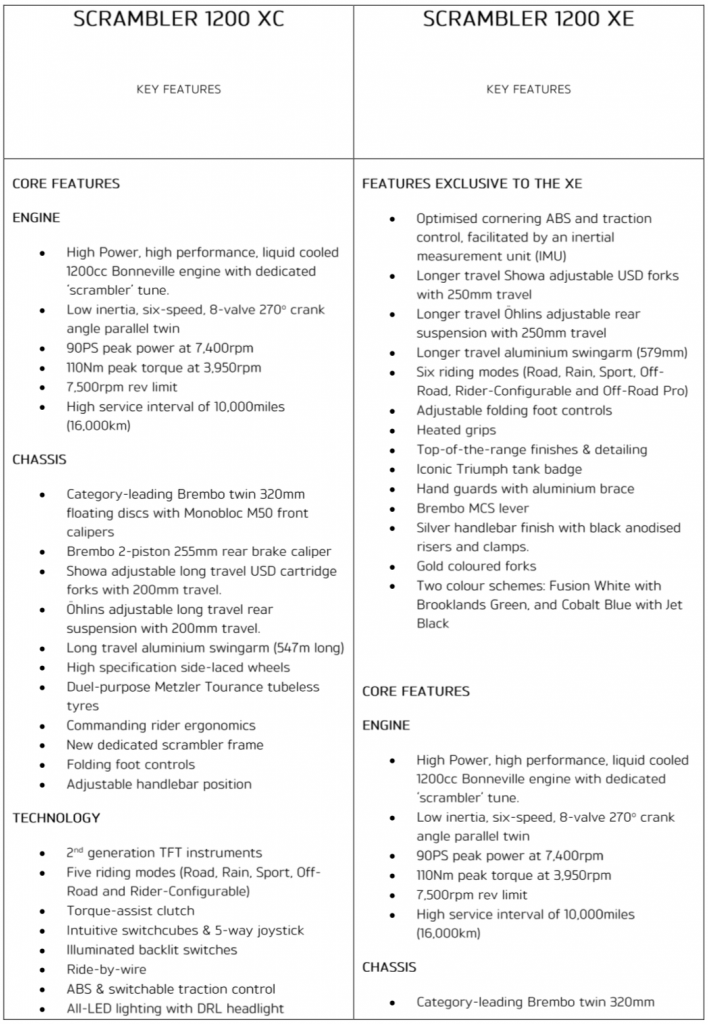 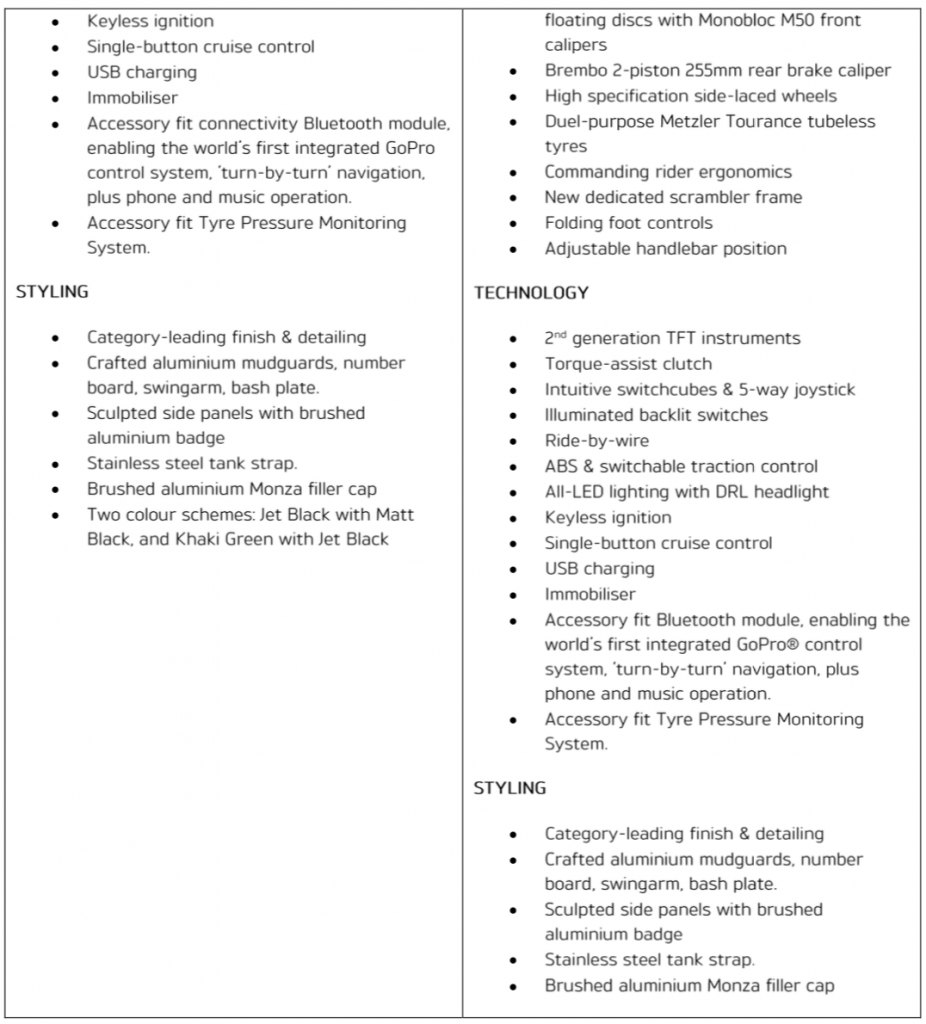 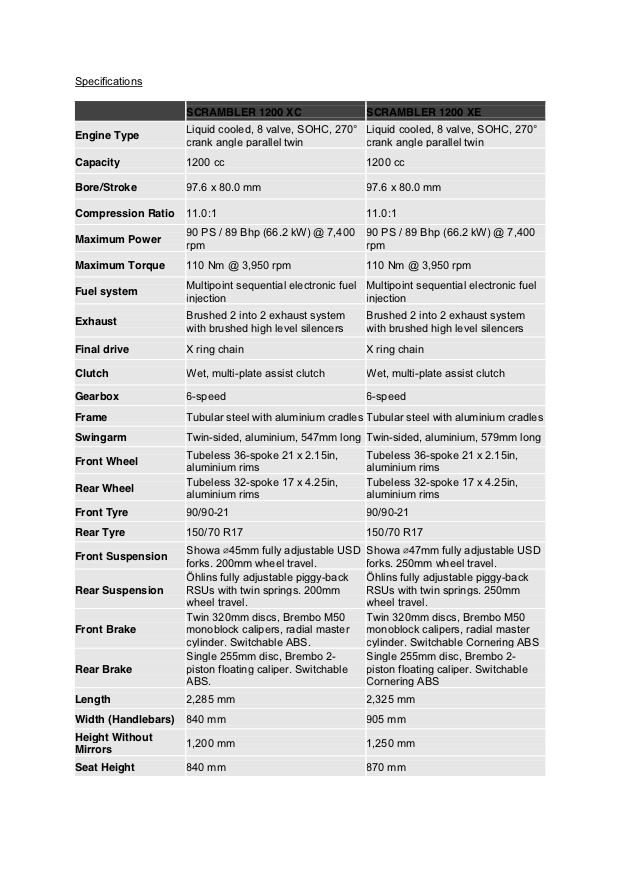 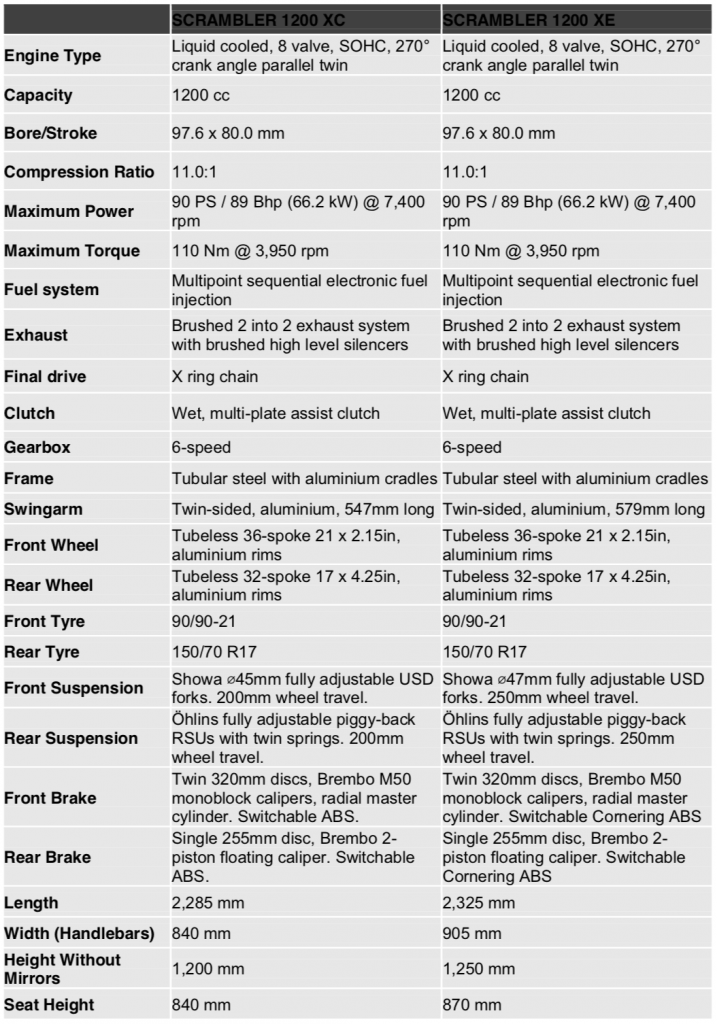