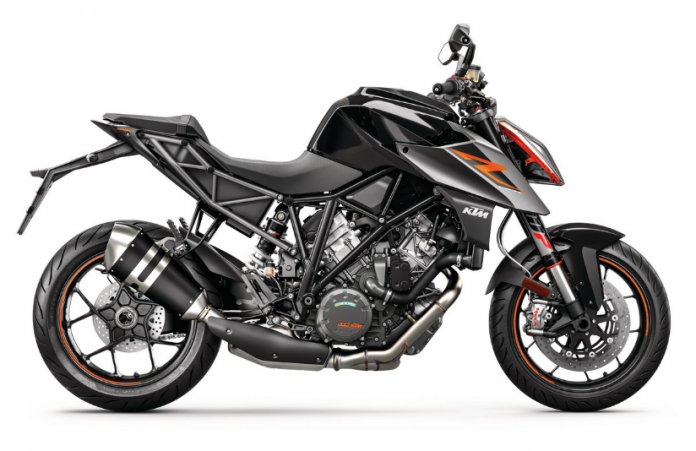 Some spy shots of the 2019 KTM 1290 Super Duke R have made their way onto the Internet.

Apart from a few styling cue updates, the new 2019 model can be seen sporting a reworked chassis and exhaust system. 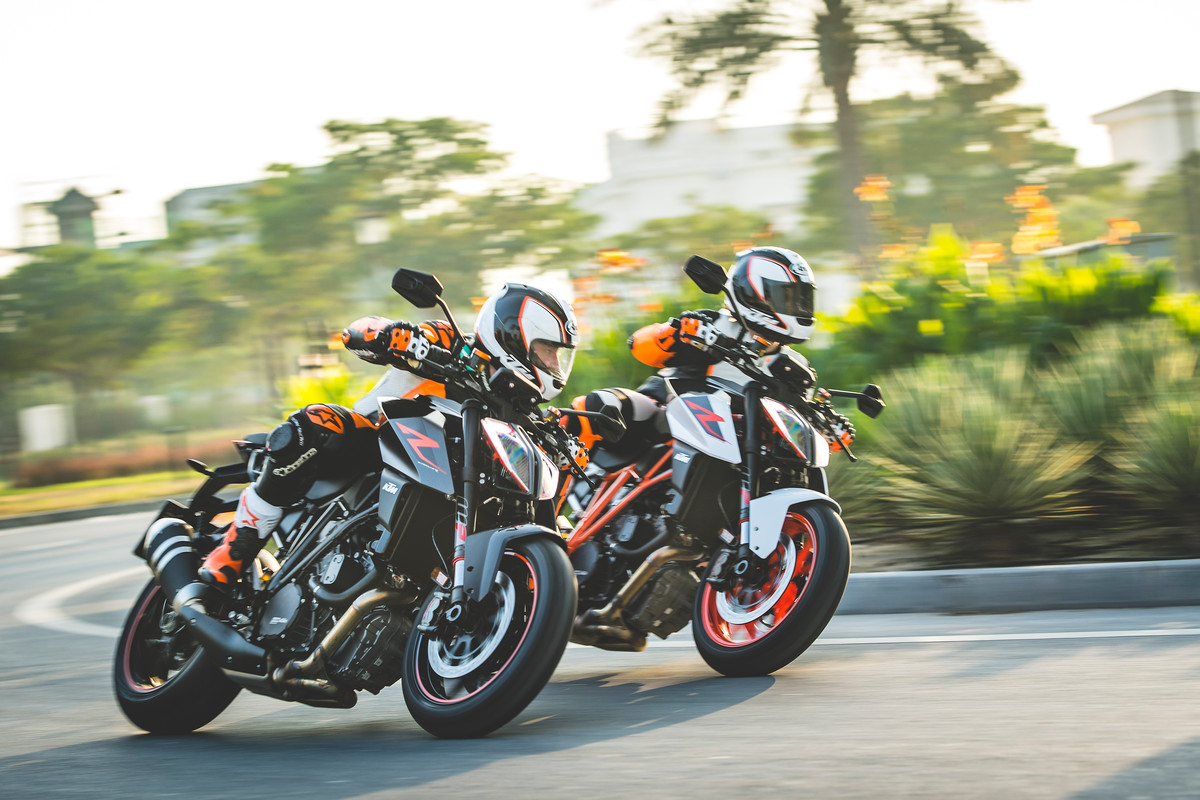 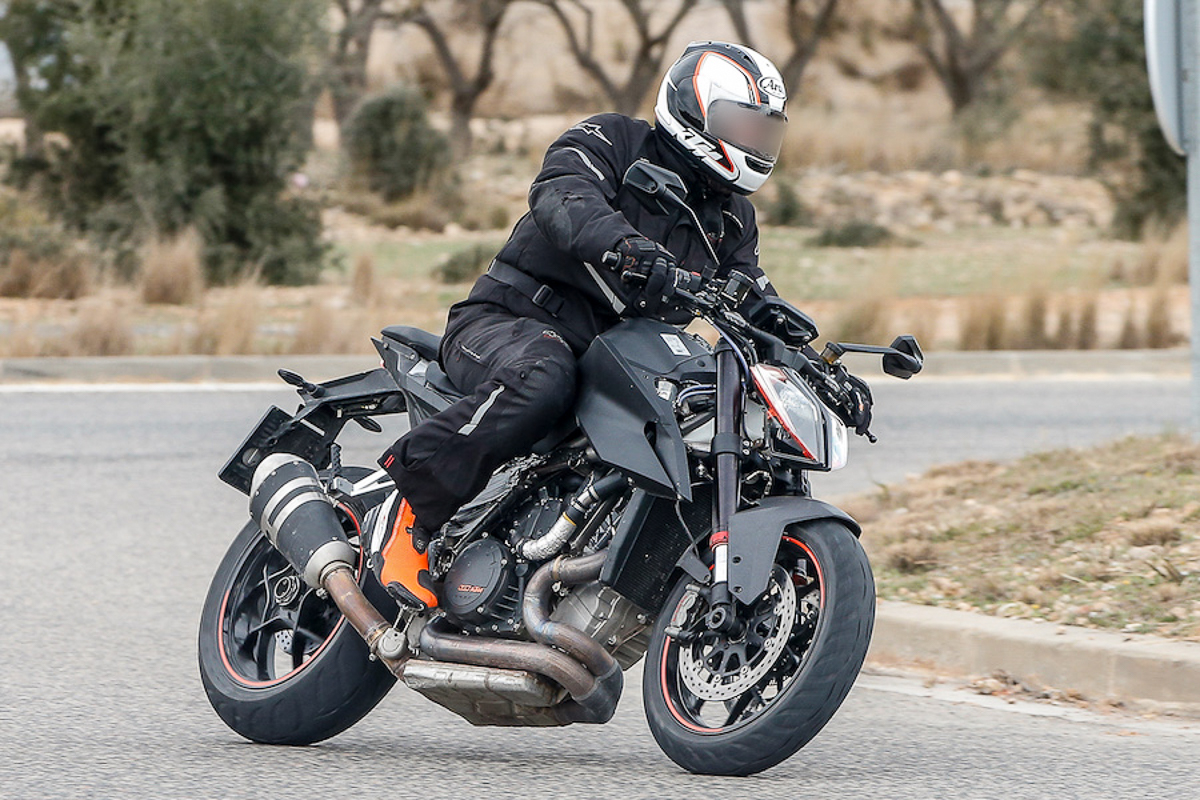 Spy shots of the 2019 bike have already made their way on the World Wide Web and based on the photos, we can see that it’s potentially a bike rebuilt from the ground up with the same design DNA as the iconic KTM 1290 Super family. 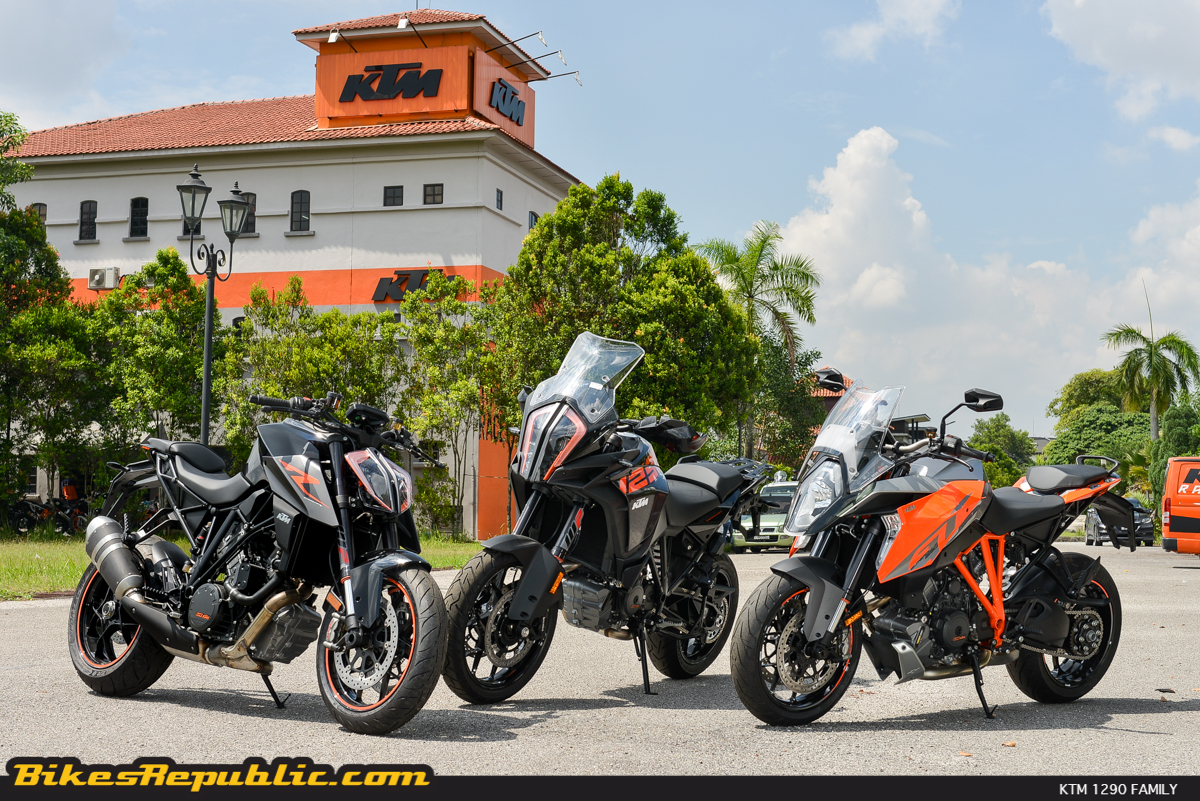 KTM is apparently testing a new chassis setup for the 2019 KTM 1290 Super Duke R to ensure that everything works well especially with its reworked 1,301cc V-twin engine. Based on reliable sources, the new 2019 model will be fitted with a Euro5-compliant that offers more power and torque from low to mid range. 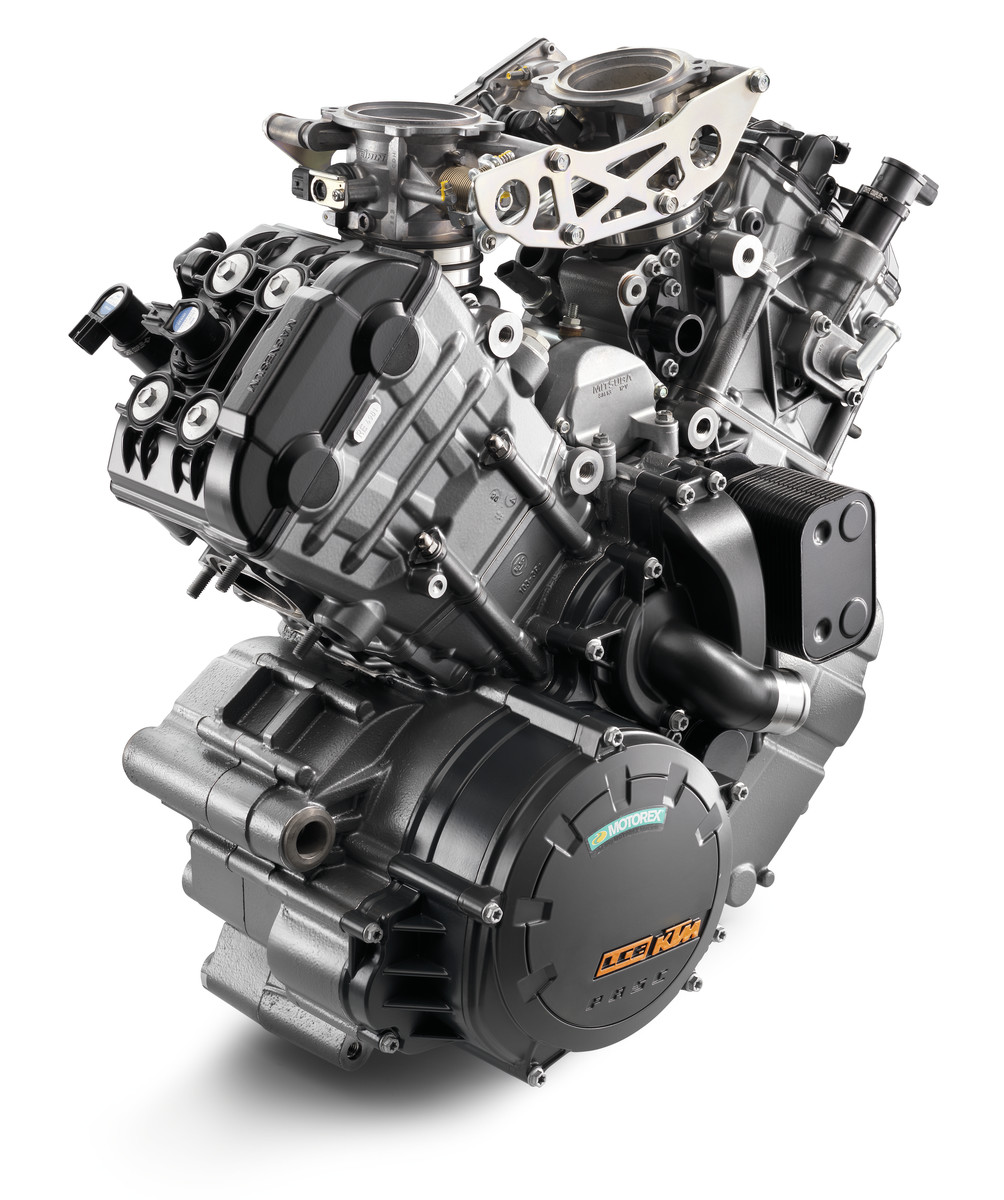 We’re not entirely sure on what these updates are but based on the shot, we can see that there are longer exhaust headers connected to a much larger under-engine collector box. There’s also power valve-style flap which is designed to modulate some back pressure for a flatter torque output (and also regulate with the latest noise regulations). 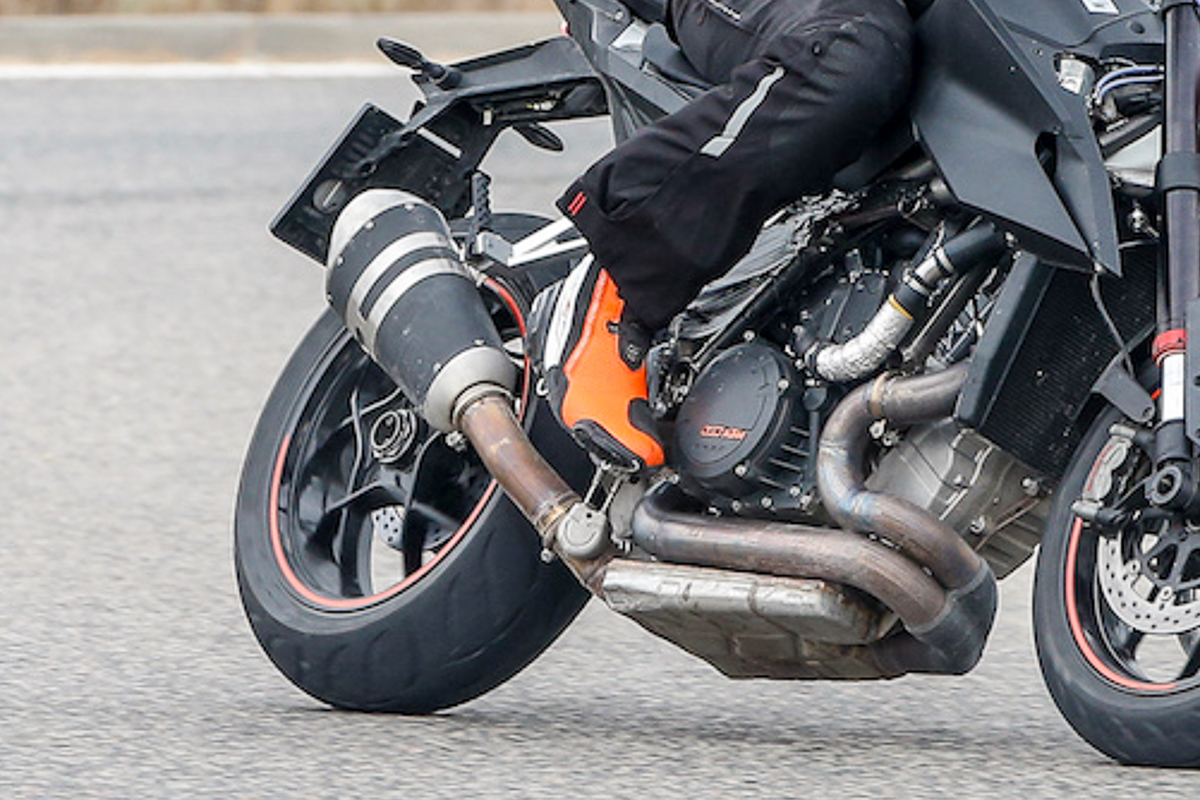 This means that the 2019 model will be able to draw out more power on the lower end from its already powerful engine. The current model already possesses around 175hp and pushing a dry weight of only 195kg, we’re guessing that the 2019 KTM 1290 Super Duke R will be even more manic even if it’s Euro5-compliant. 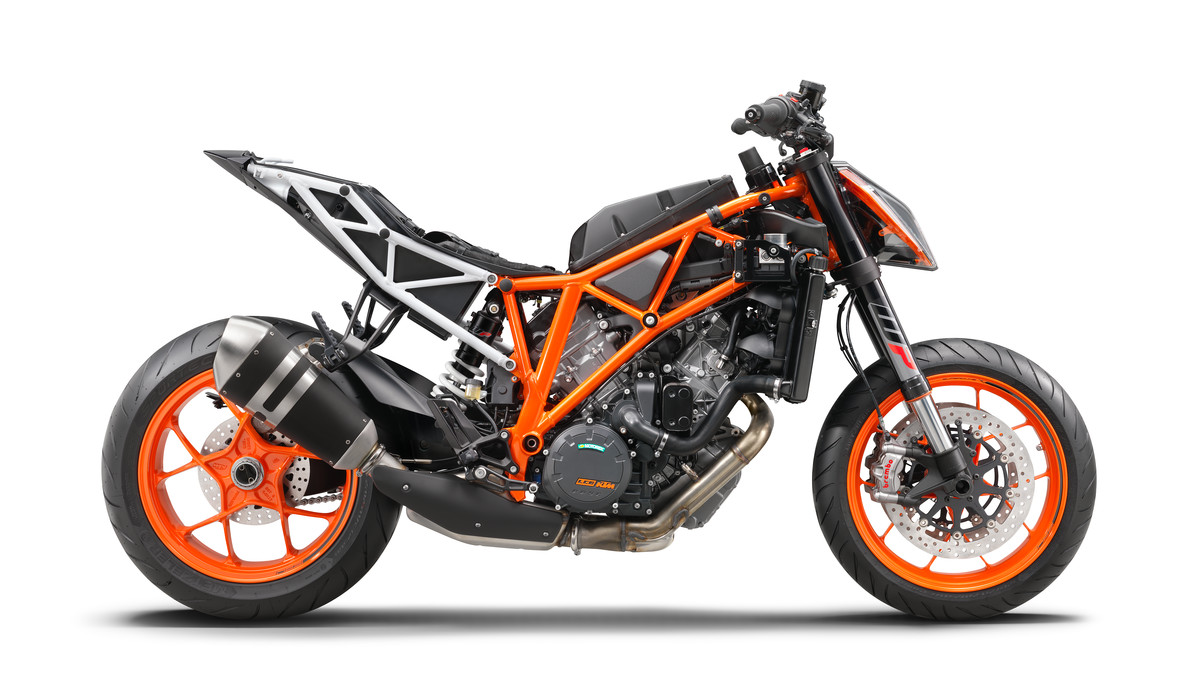 Other slightly noticeable changes can be seen on its subframe, seating arrangement, swingarm, and suspension apart from the obvious styling updates. Nonetheless, this baby is still the iconic Super Duke R in essence and there’s nothing wrong with that whatsoever.