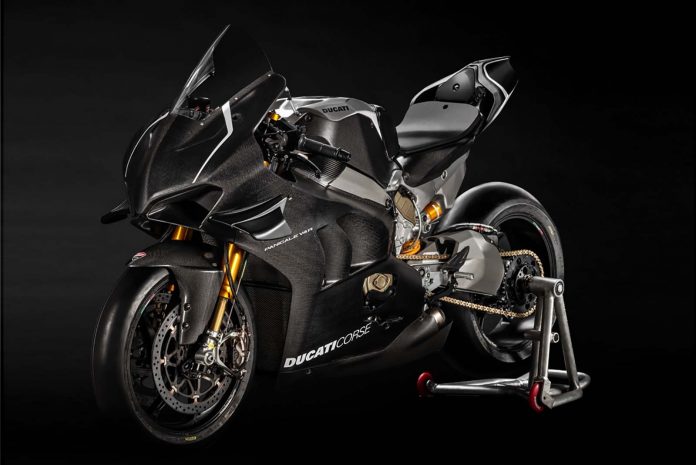 Launched at EICMA 2018, the Panigale V4 RS19 isn’t for sale to public. That’s because it’s the racing machine which Ducati factory riders Alvaro Bautista and Chaz Davies will ride in the World Superbike Championship (WorldSBK) in 2019. Ducati has been trying very hard to retake the superbike honours since their domination in the 90’s. 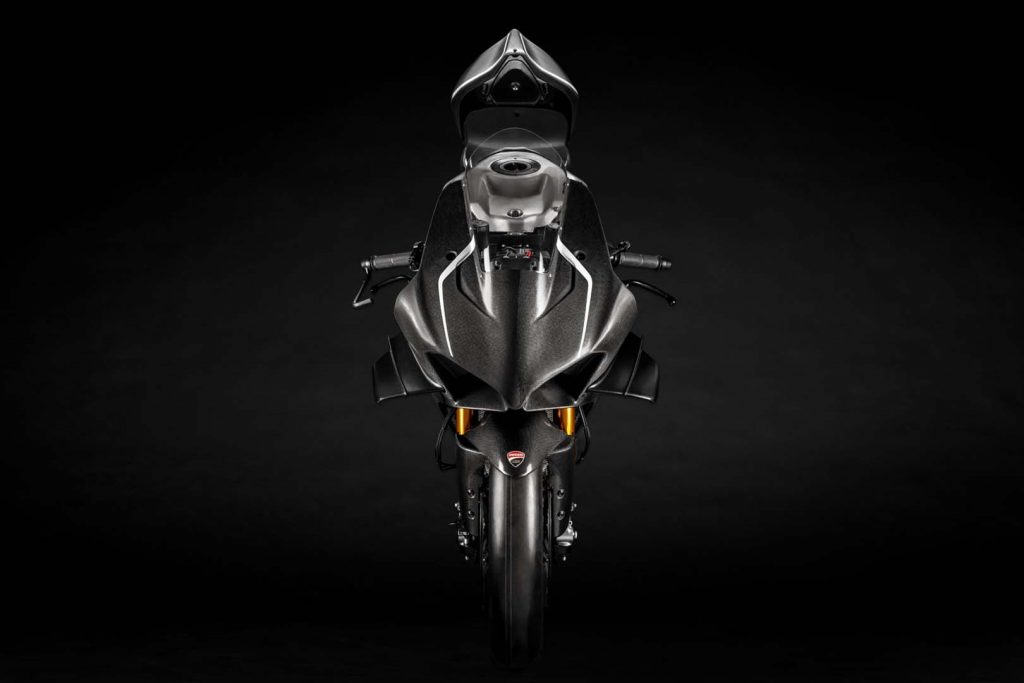 The most important thing for race bikes is power. The homologation model Panigale V4 R produced 217 bhp in stock form but it’s raised to 231 bhp with the race exhaust and tuning of the ECU. Judging from this, the Panigale V4 RS19 should make at least that same amount or perhaps even around 250 bhp! That V-Four engine was developed as a direct lineage from the Desmosedici in MotoGP, anyway.

Secondly, weight is always an enemy when racing. We can expect the bike to tip the scales at the 168 kg weight limit set by the FIM. Ducati was proud to show off the bike wrapped in carbon fibre. 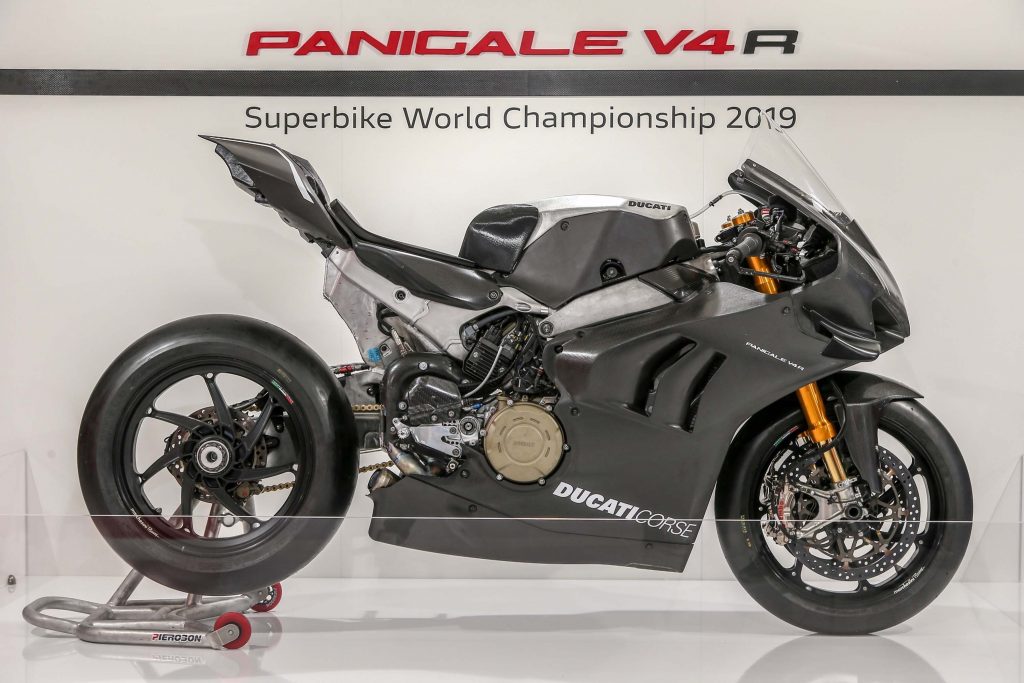 The Panigale V4 R has winglets on the fairings, paving the way for them on the Panigale V4 RS19. WorldSBK is production-based racing, so certain features of the race bike must be produced on road-going machines.

The Panigale V4 RS19’s fuel tank has also been moved backward and seems larger to make room for the airbox. Ducati didn’t release more details of the bike, of course.

Looks like Jonathan Rea and Kawasaki will have some real competition next year. 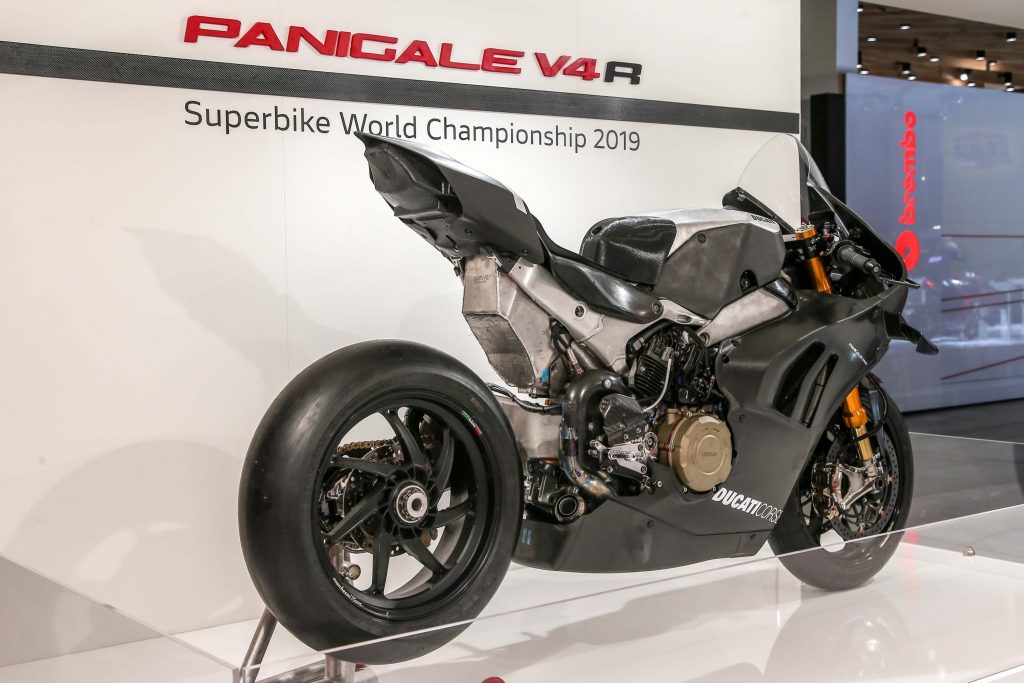