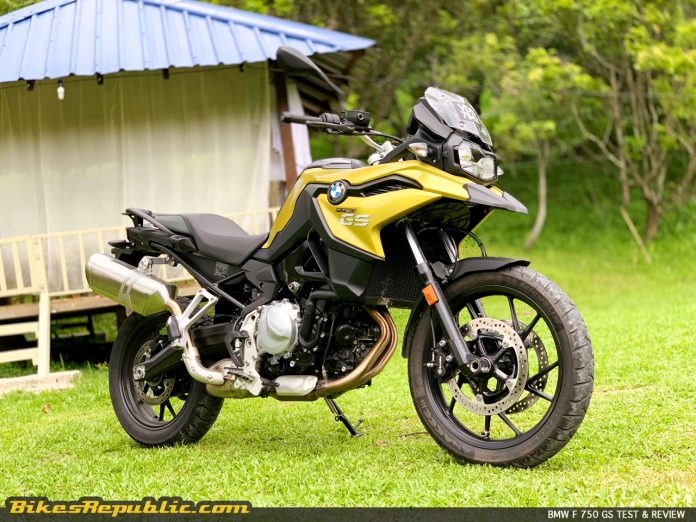 It’s easy to skip over the fact that BMW Motorrad has many models of motorcycles in their line-up. Mention “BMW” and the very first image to pop up in people’s heads are the R 1200/1250 GS/GSA or S 1000 RR.

But how can we blame them? The bestselling motorcycle in the world was the R 1200 GS/GSA for many years, and soon to be taken over by its successor the R 1250 GS/GSA. The bestselling superbike – or at least among the bestselling – is the S 1000 RR. 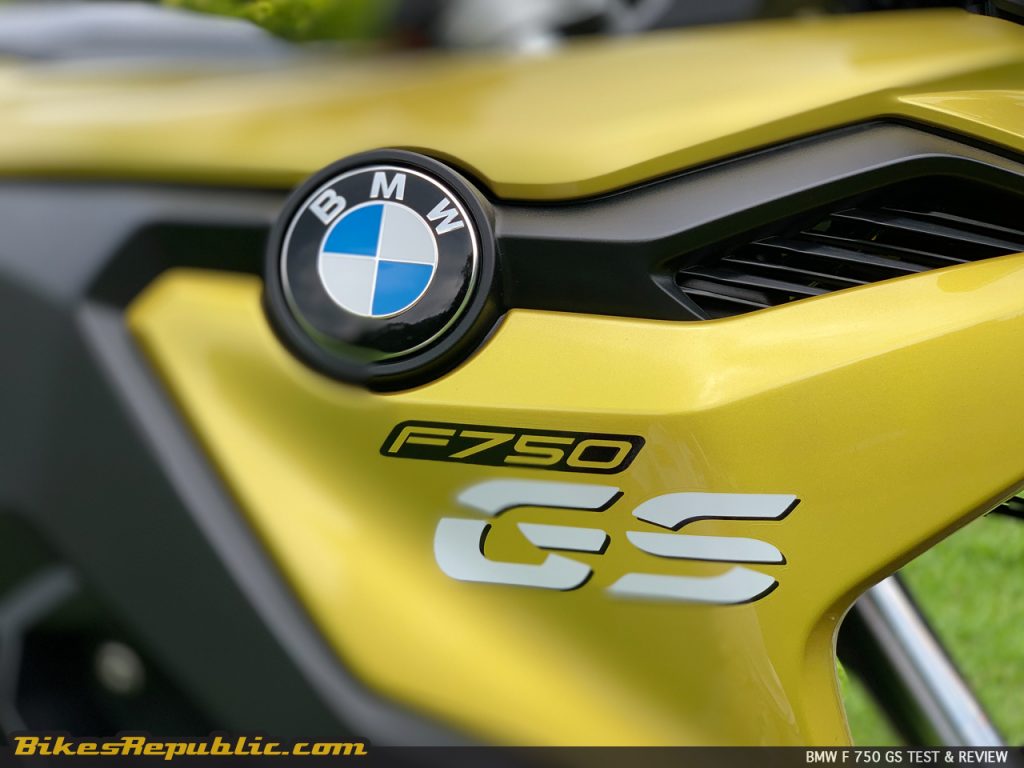 But the main question that bugged us was why do you need a 750 when there’s already the 850?! Er… 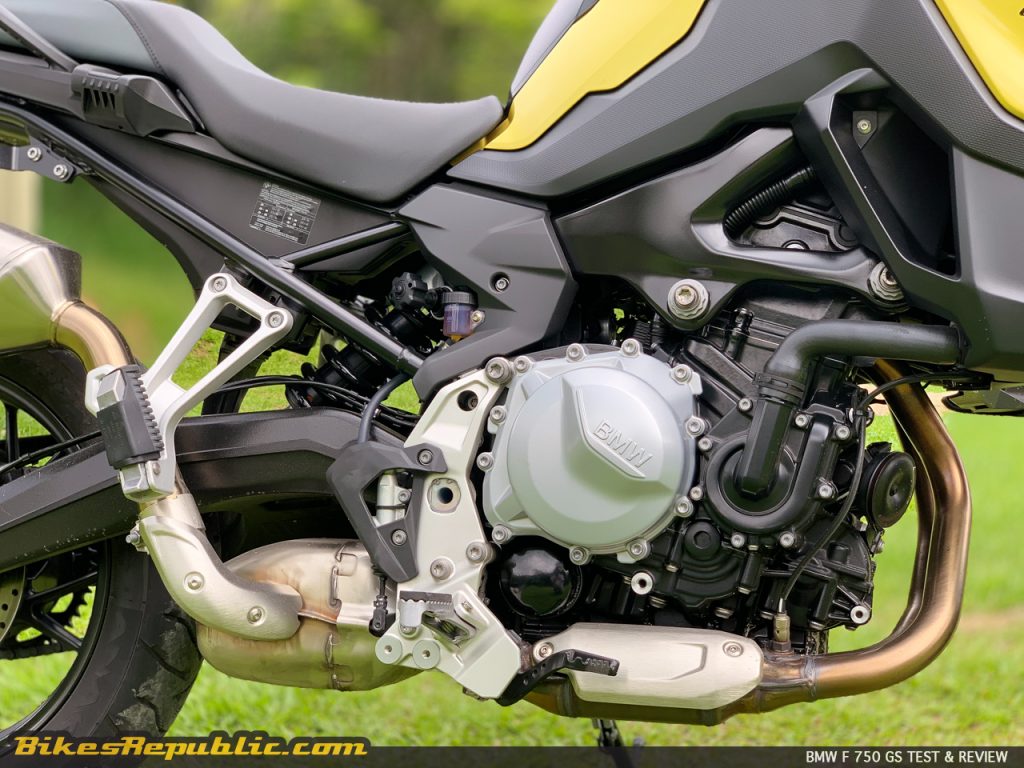 The F 750 GS’s silhouette is identical to its F 850 GS bigger brother, that’s for sure. But while the 850 seems very polished in its details, the 750 looks a little more spartan not unlike the previous F 800 GS. Or was it that I was biased…? Still, the build quality is typical of BMW.

The version we tested includes that large TFT screen found in the F 850 GS and R 12XX series, fortunately. The display has a very high resolution and scrolling through with the multifunction controller brings up all sorts of data, including “coffee break.” Great, now your bike knows how much time you spent at Starbucks Gohtong Jaya.

Electronic rider aids are the same, with a ride-by-wire throttle and two ride modes ROAD and RAIN.

Its seat height was much lower than that of the F 850 GS, as it wears a 19-inch front wheel, instead of a 21-inch wired wheel. The forks are conventional ones compared to upside down units on the 850. Ah hah, now there’s something really something different! 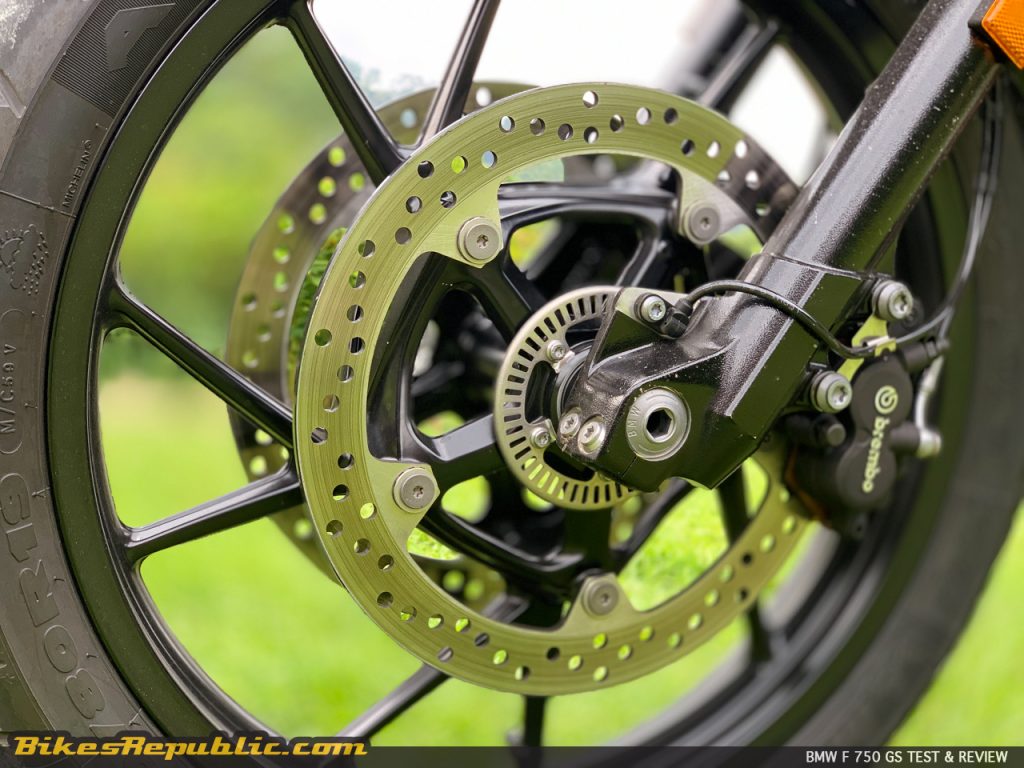 The good news is it sounded just as good as the 850 since the crankshaft is offset by 270 degrees to mimic a 90o V-Twin. There’s a slight buzz at the handlebar when accelerating hard but you’ll soon ignore it.

And accelerate hard it did! It actually jumped forward harder and rawer than the 850 to a stonking intake sound from underneath the tank.

It was only then that it dawned on me that the F 750 GS is the road-biased version, while the F 850 GS is biased more towards off-roading.

But doesn’t mean the 750 dares not venture where the road turns to muck. 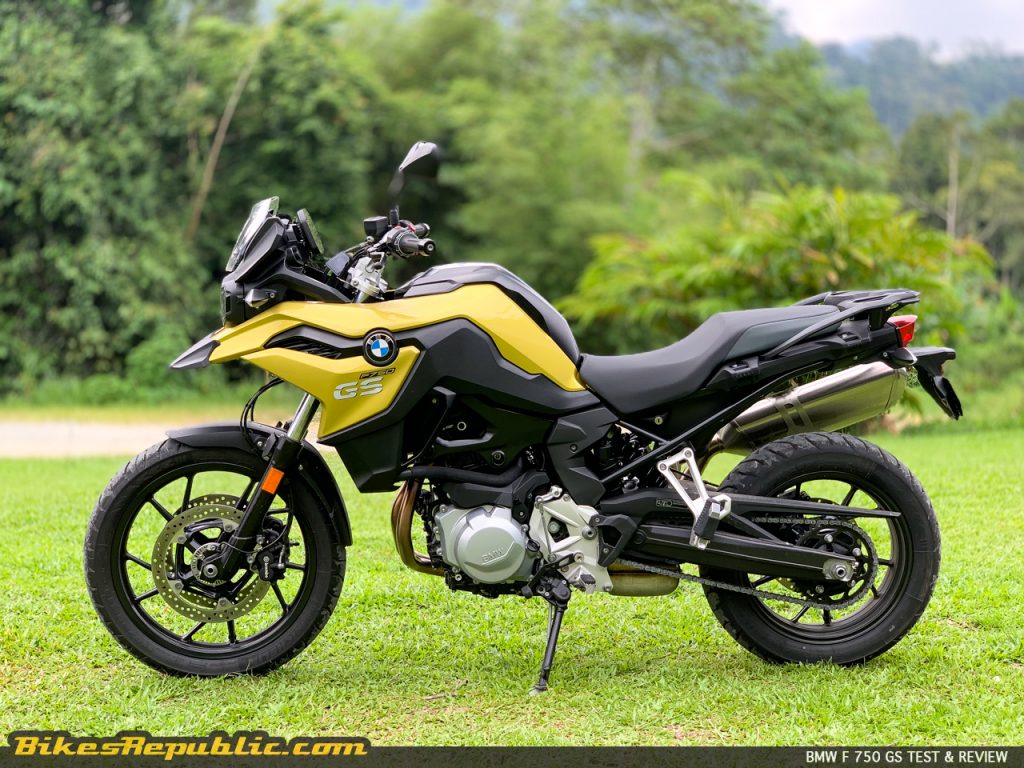 We were testing another new adventure bike at the Rimba Valley Motorcamp that day. That particular bike was light and easy to handle, but every stone kicked the suspension here and there. It was controllable, but it the wheels hopped here and there.

When I got back on the F 750 GS to return home, I was surprise to discover that its suspension soaked up almost everything and the bike was super stable. Only one particularly large rock deflected the front wheel. I suspect that one could mount a 21-inch front and 18-inch rear wire spoke wheels and join GIVI Rimba Raid.

It was Karak Highway afterwards and the bike slid seamlessly into its sport-touring role.

The 2019 BMW F 750 GS is a pretty good bike, surprisingly. But it truly shows that you don’t need tons of horsepower to have fun, and that’s the fun in itself.

Sure, there were some sore points. There’s that handlebar buzz around 5,000 RPM. But I’m sure no one will actually mind these minor negatives.

And yes, we will remember that there is actually an F 750 GS side-by-side with the F 850 GS from now on. Same same but different. 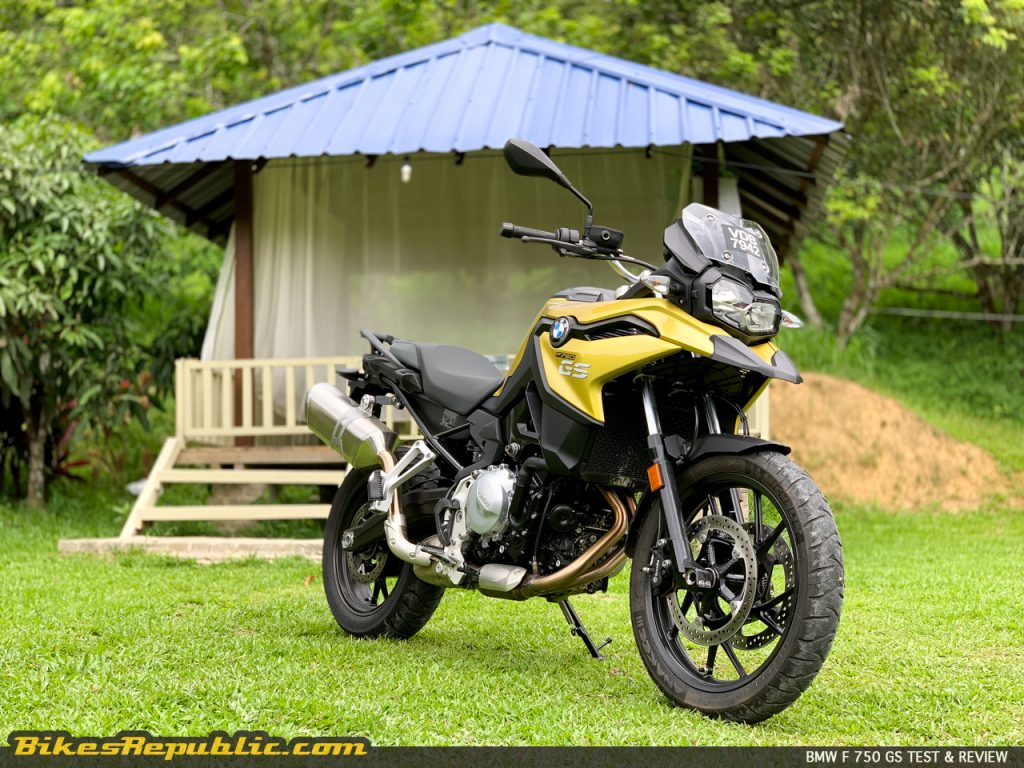