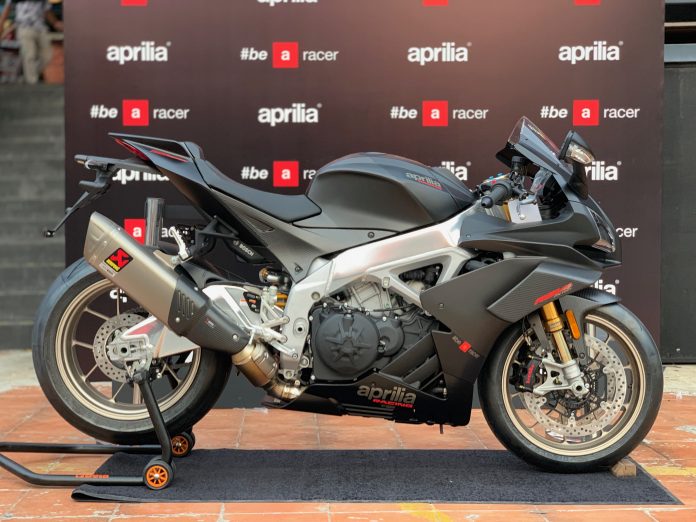 Didi Resources launched the 2019 Aprilia RSV4 1100 Factory today. The price is from RM 159,900 but Didi Resources will include the optional carbon fibre front brake ducts worth RM 4,000 for the first batch of buyers.

While eyes are on another Italian bike, the 2019 Aprilia RSV4 1100 Factory promises to be even faster and focused on outright performance.

But rather than bore you with a long write-up, here are ten things you should know about this bike. 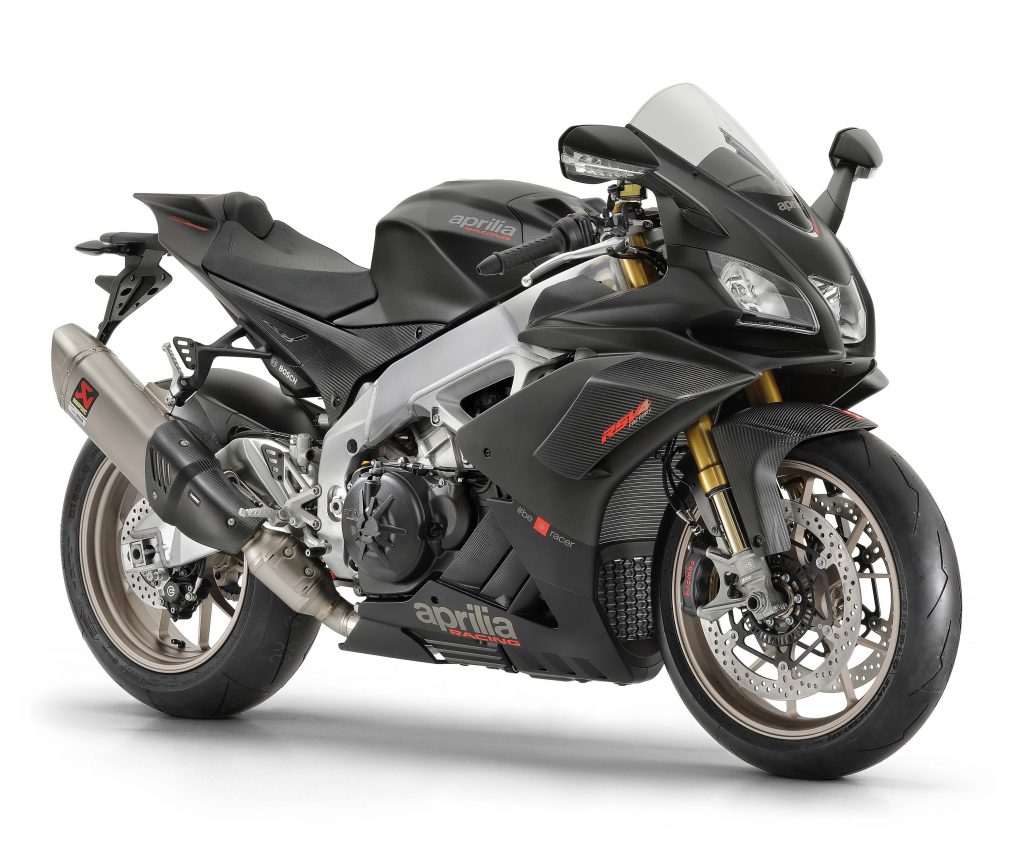 The 2019 RSV4 1100 Factory actually commemorates the 10th year of the Aprilia RSV4. The 2009 bike won a number of accolades including Best Sportbike of the year not only for its power and performance but also the groundbreaking APRC (Aprilia Performance Ride Control) electronic suite. 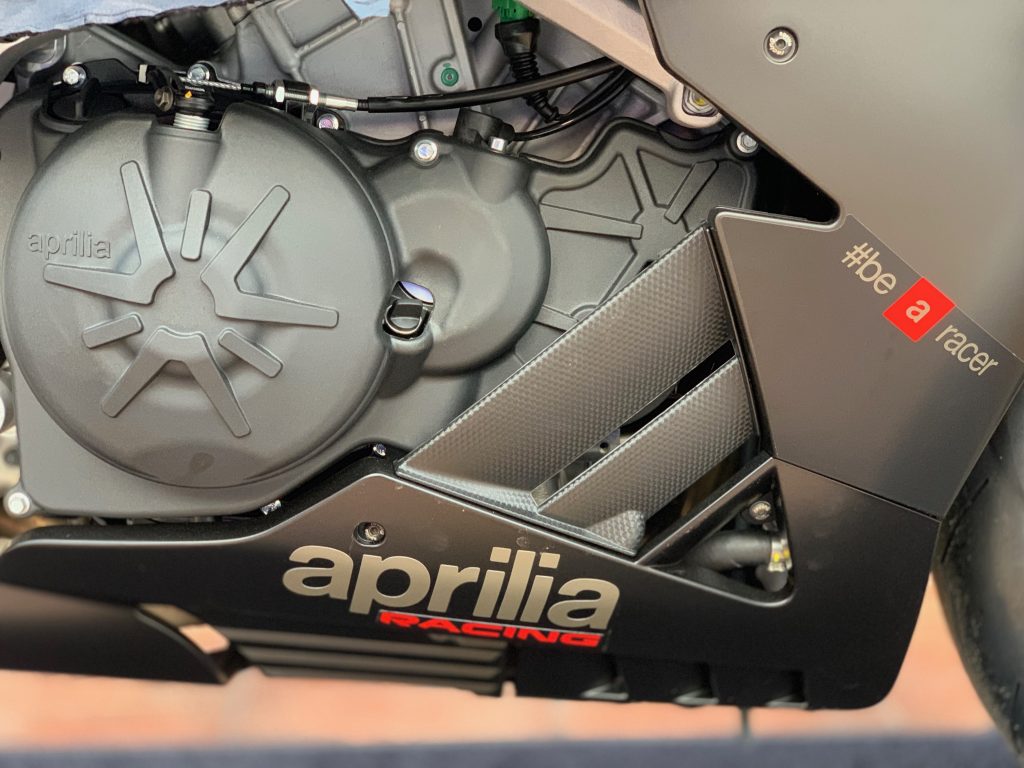 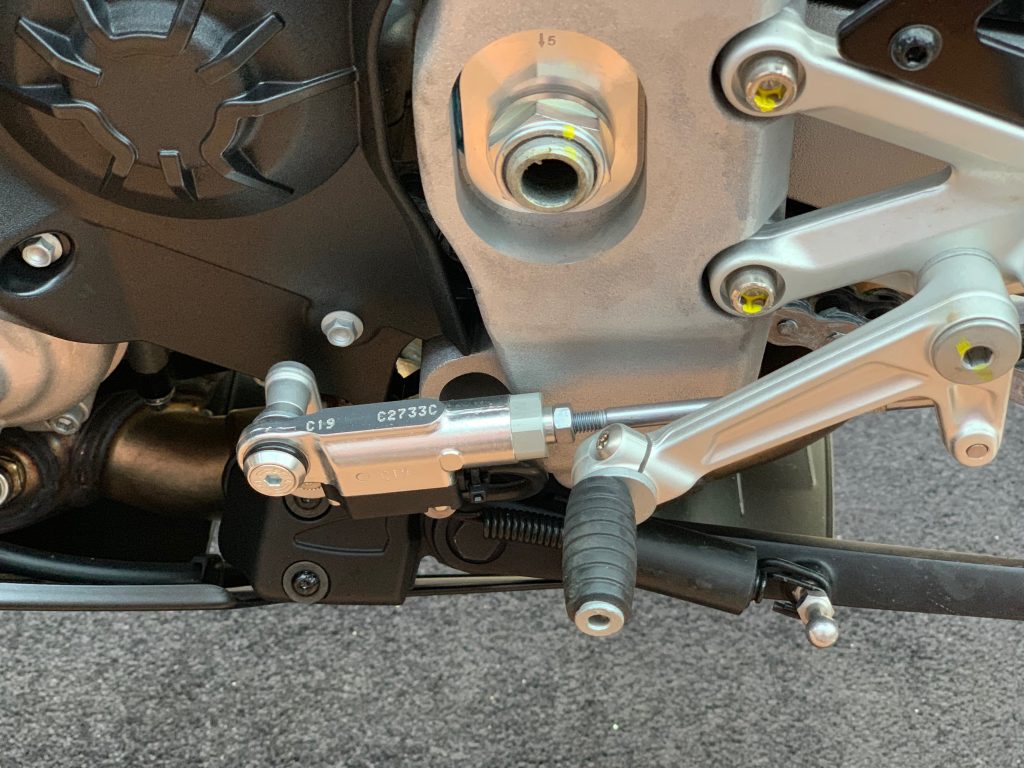 The APRC rider aid package has been expanded to include extra features to rein in those 217 horses. Together, they are Aprilia Traction Control (ATC), Aprilia Wheelie Control (AWC), Aprilia Launch Control (ALC), Aprilia Quick Shift (AQS) and Aprilia Pit Limiter (ALC). These features were brought over from the RSV4 RR.

It is also the lightest among its peers (apart from the race-homologated Panigale V4 R). The RSV4 1100 Factory weighs 5 kg lighter than its predecessor, resulting in a lithe 199 kg, fully fueled and ready to ride.

A Bosch lithium-ion battery and Akrapovic exhaust system contributes to the low weight. 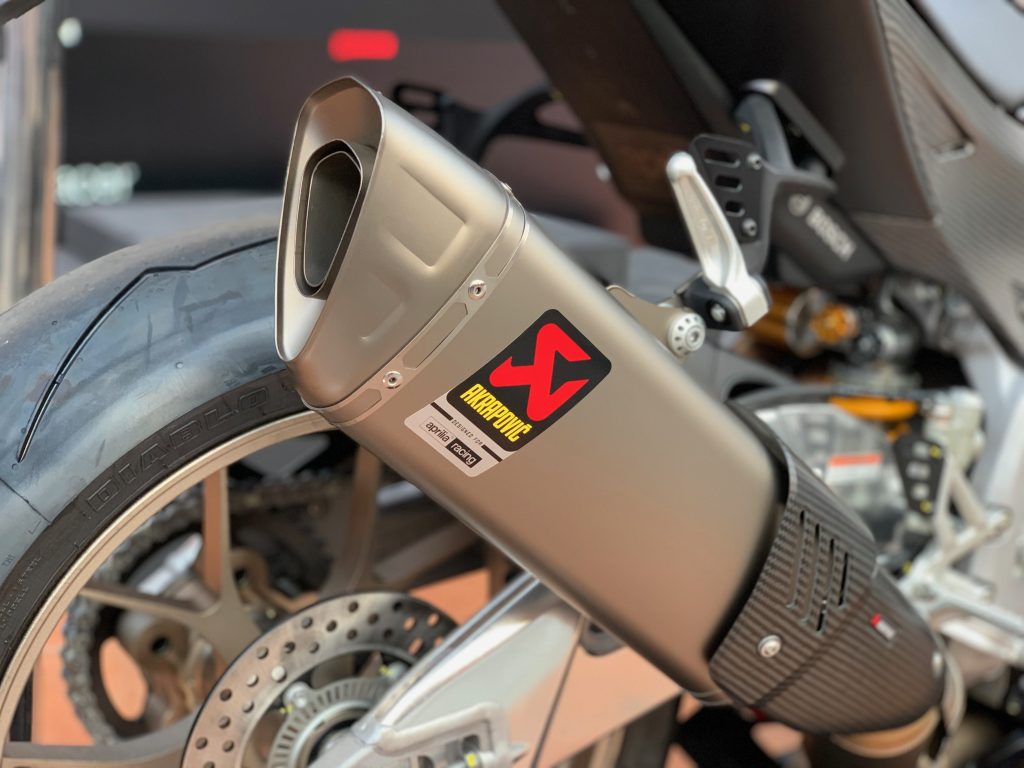 Speaking of the exhaust, the system was specially designed developed together with the famed maker, Akrapovic. The new system is not only responsible for the power increase but also yielding smoother power and torque curves. 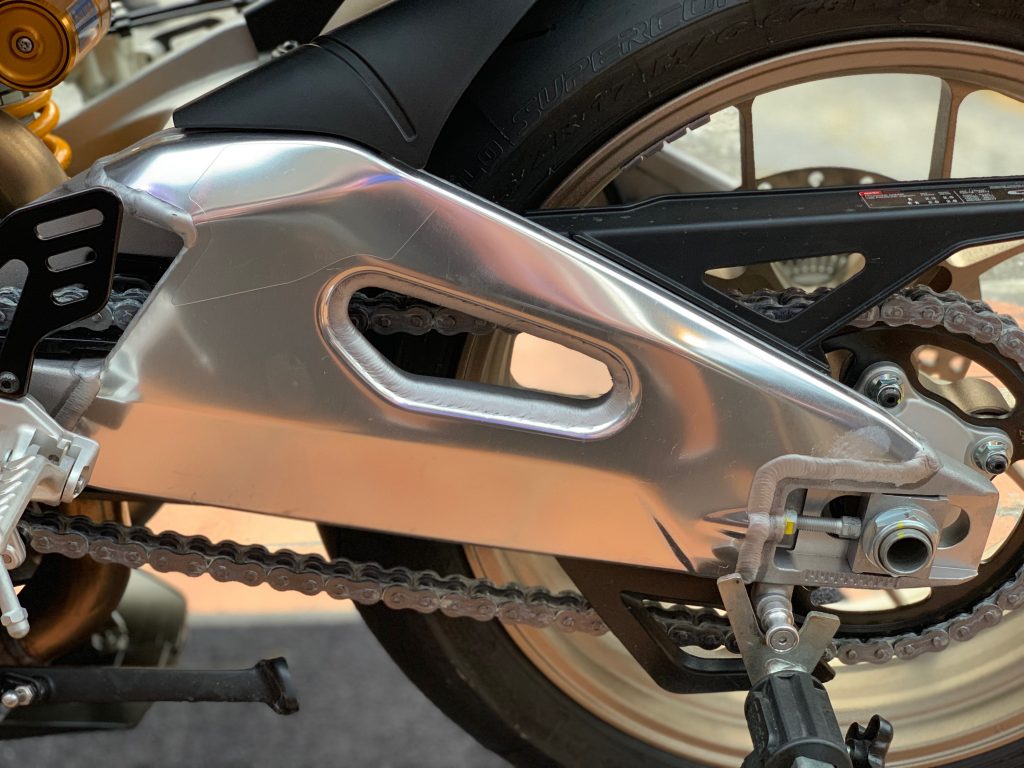 The aluminium frame has been redesigned for even more cornering prowess that Aprilias are famous for. New steering bushings steepen the rake angle by 2-degrees. Additionally, there is a 2mm less offset of the triple clamps for less trail. The changes to the steering geometry results in a 4mm shorter wheelbase. Aprilia also stiffened the swingarm. These changes ought to make the bike even more nimble. 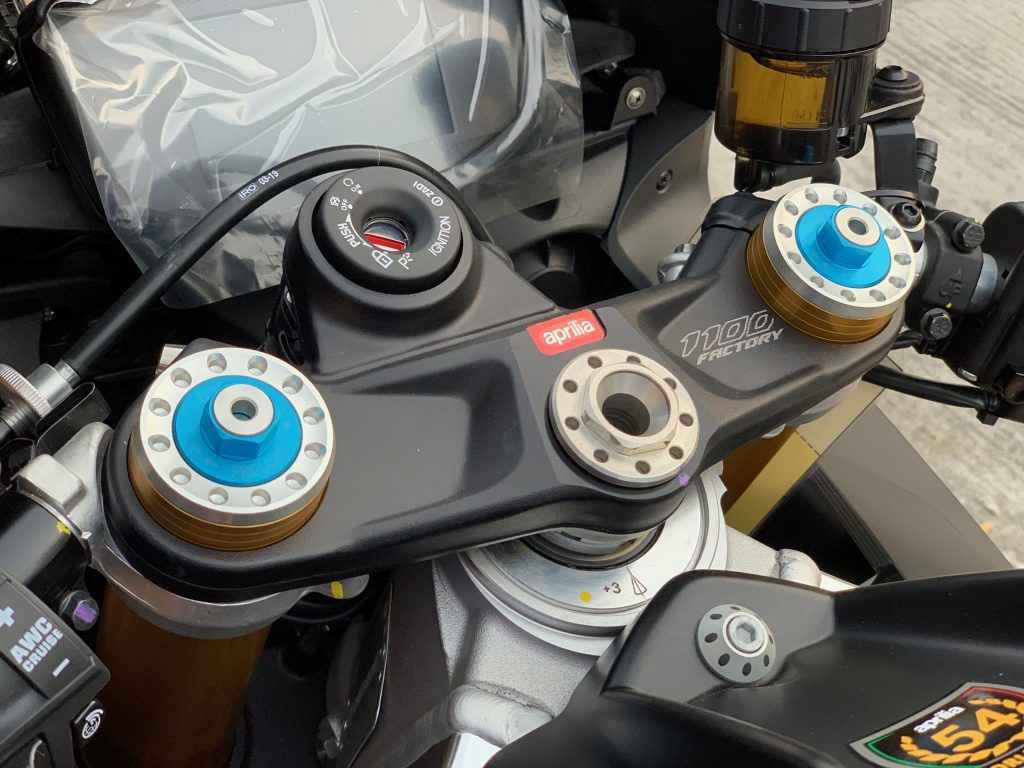 The bike is suspended by fully-adjustable Öhlins NIX forks and Öhlins TTX rear shock. The forks have 5mm more travel. They are non-electronic, however. 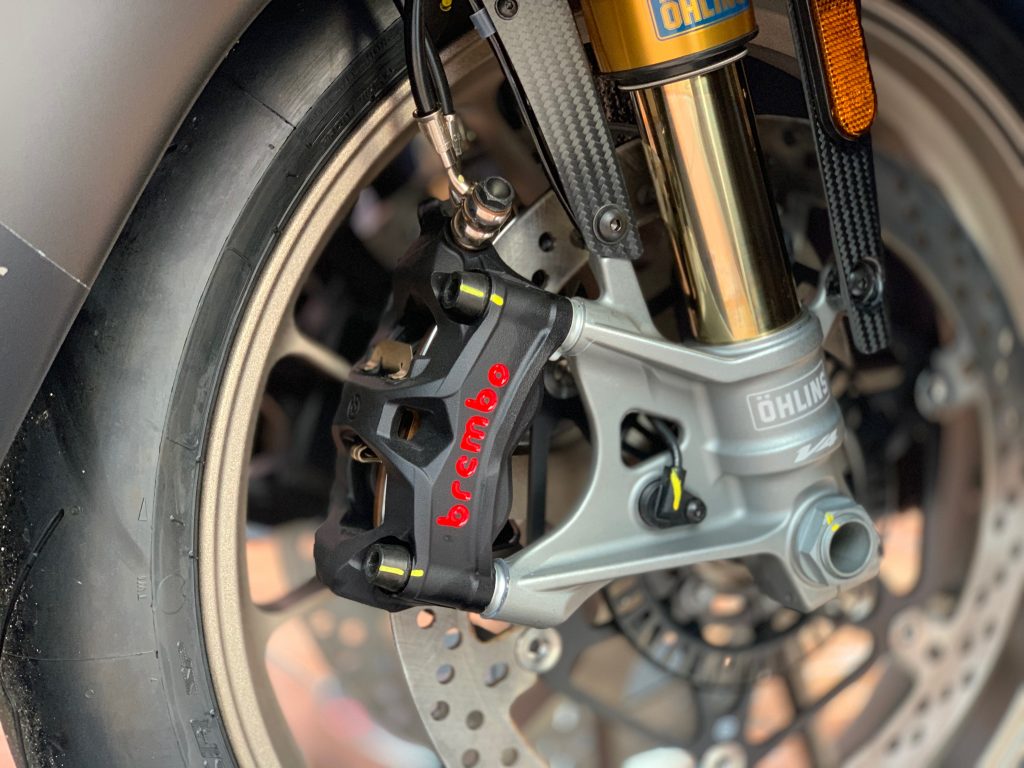 Hauling the RSV4 1100 Factory down from speed are Brembo’s latest Stylema brake calipers. These are smaller, lighter yet stiffer for a better feel at the lever. (Make sure you secure them!) As we mentioned earlier, owners can fit the optional carbon fibre ducts to channel cooling air to the calipers. 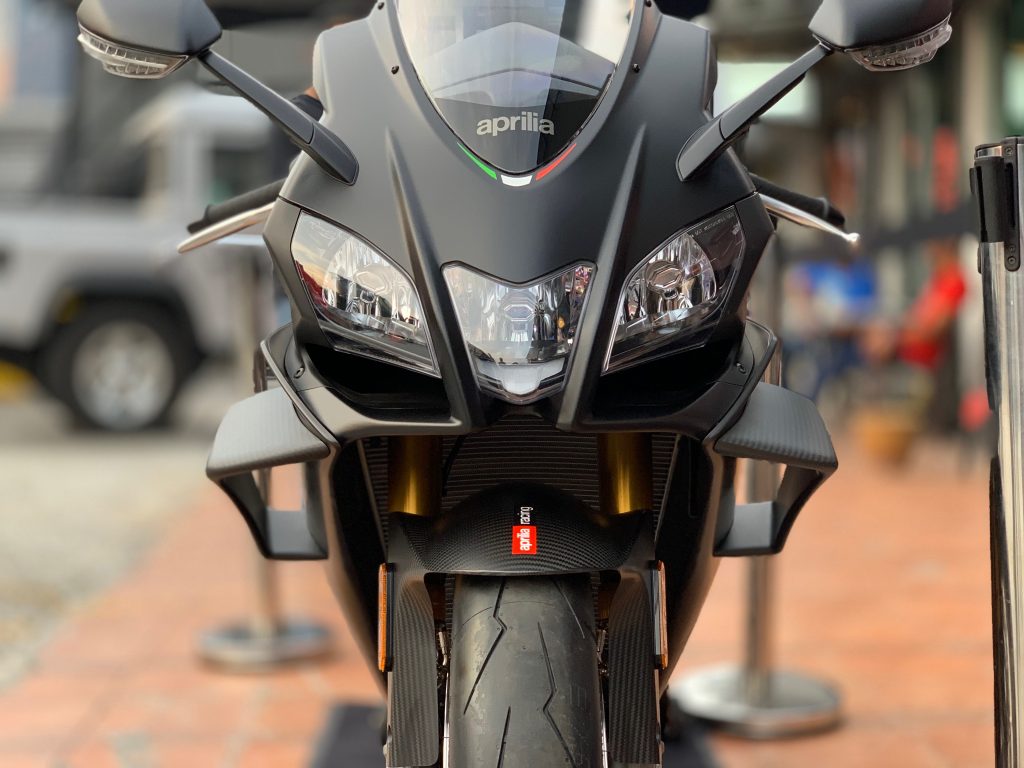 There are two spoilers mounted on each side of the fairing. They generate up 8 kg of downforce at 300 km/h to keep the front tyre on the road.