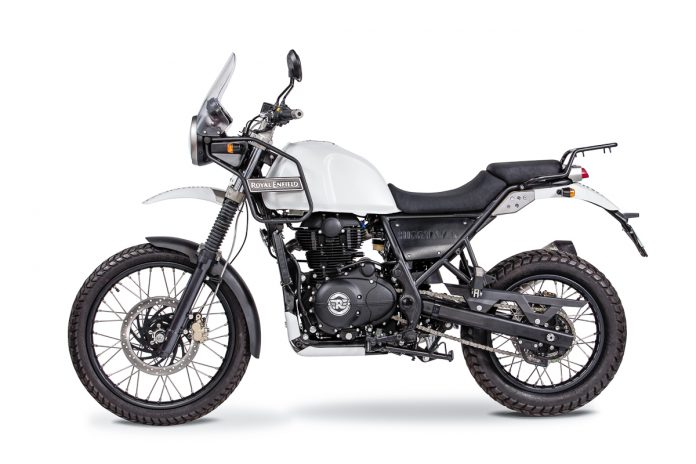 Royal Enfield has just previewed their latest offering for next year in the form of its 2018 Royal Enfield Himalayan.

The entry-level adventure bike comes ready with a 411cc single-cylinder engine which produces 24.5hp and 32Nm of torque.

Expect the 2018 Royal Enfield Himalayan to arrive at showrooms worldwide around June with a price tag of $4,499 (around RM18,370). 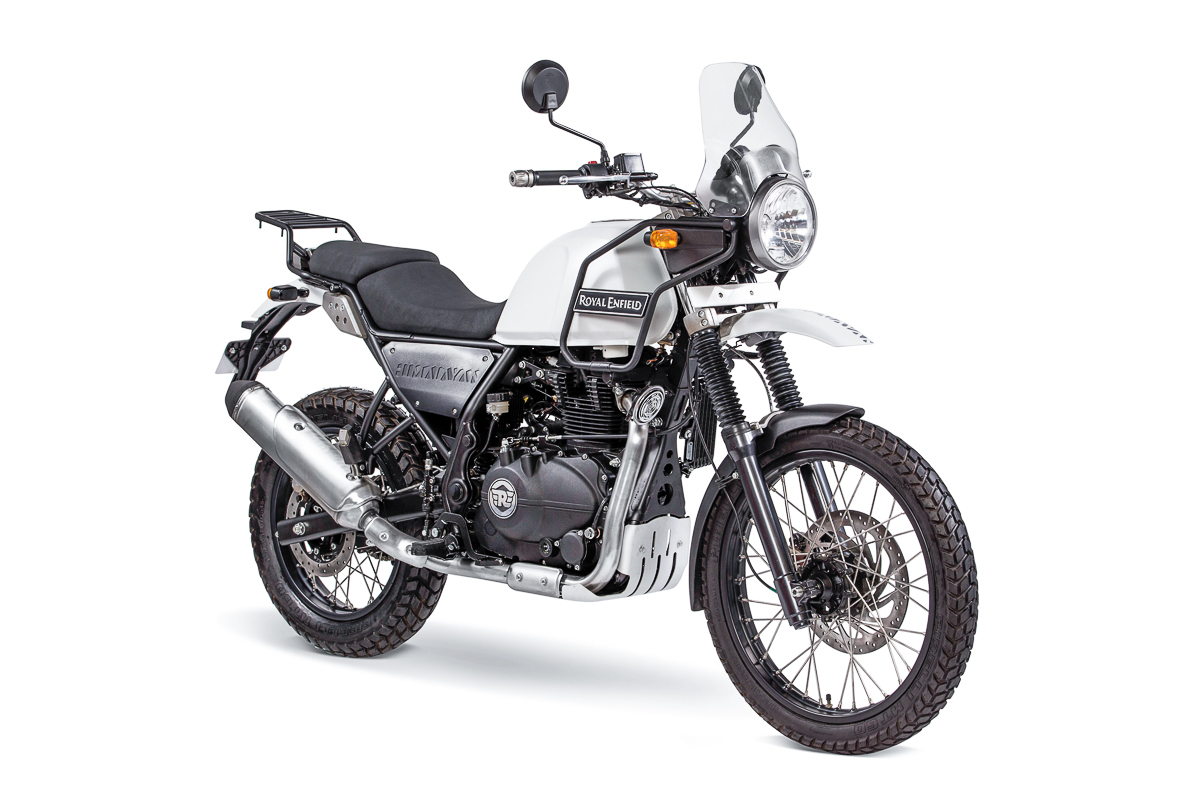 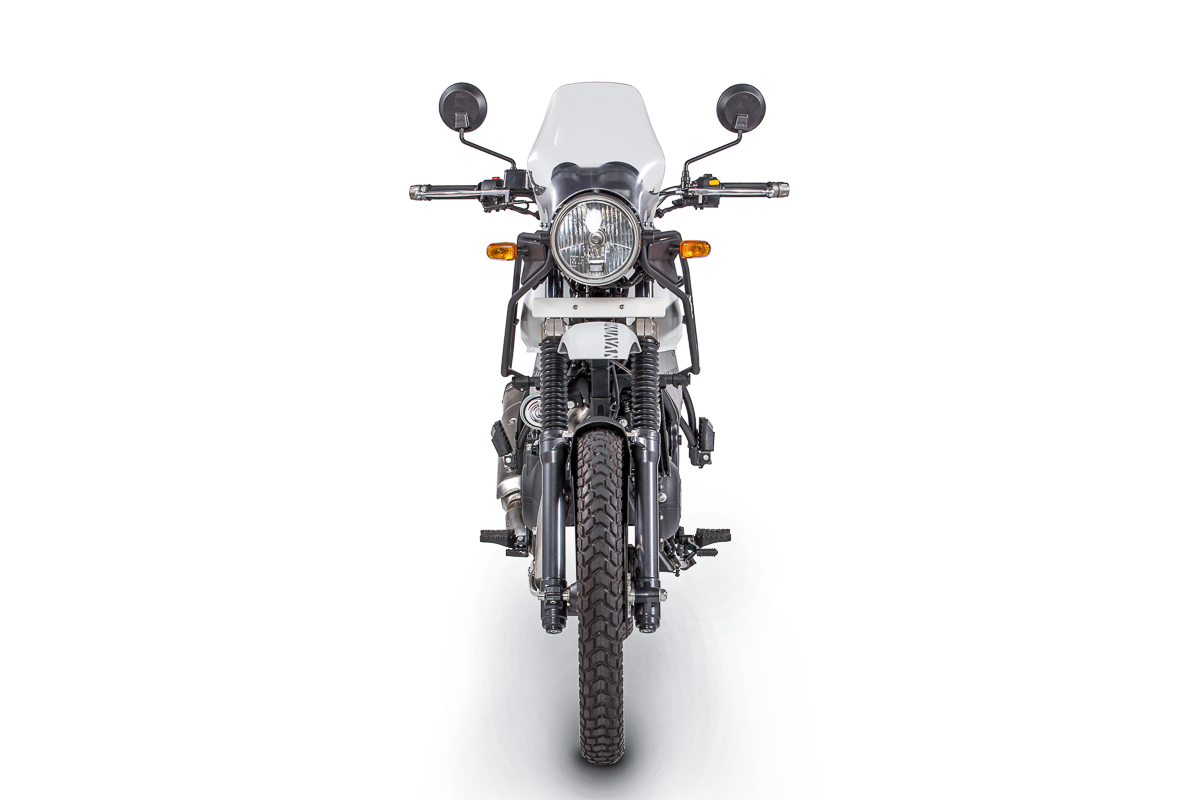 Focusing more on shorter riders especially in the Asian market, the 2018 Himalayan by looks deserves a lot high praise. With a kerb weight of only 191kg, handling this baby both on and off the road should be easy even for newer riders. Lighter bikes also mean that if you happen to fall anywhere in the bushes, picking the Himalayan up should be a breeze compared to heavier ADV bikes. 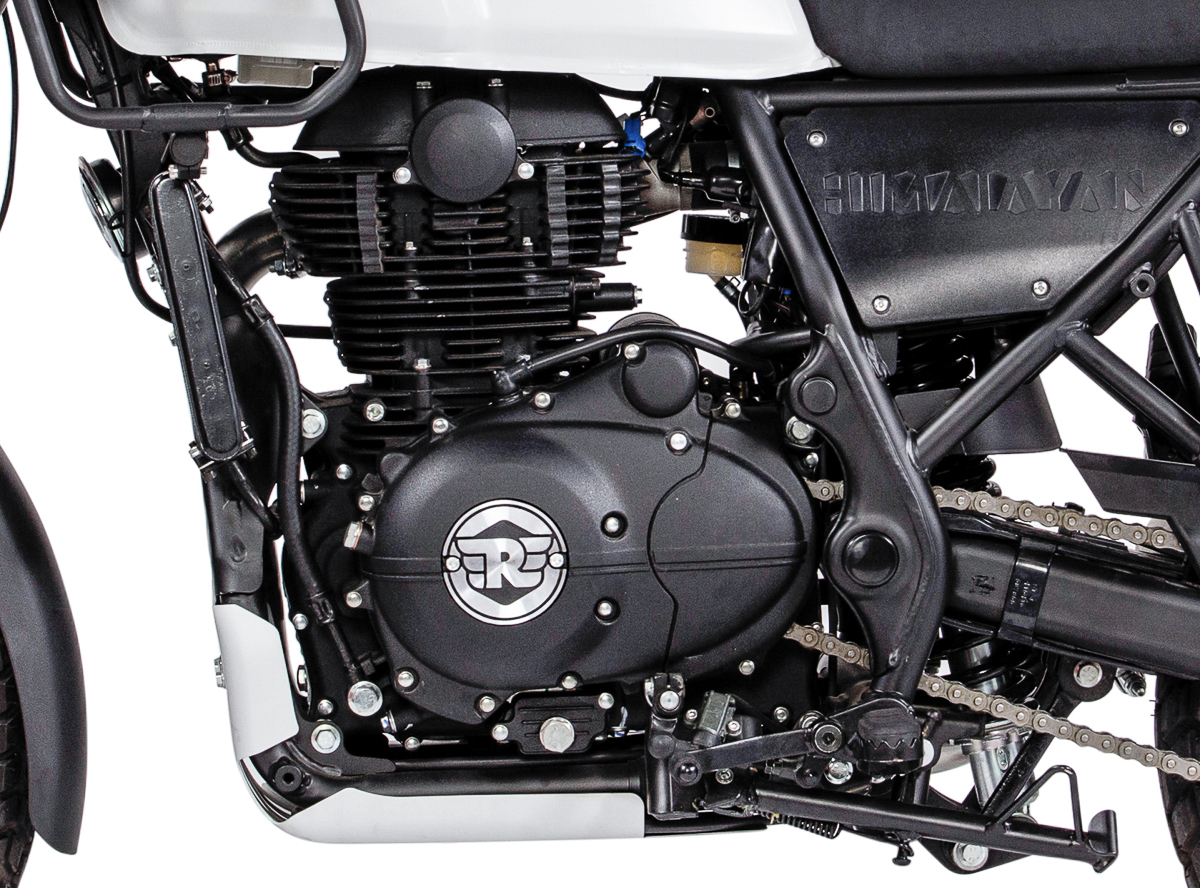 Powered by a 411cc single-cylinder, air-cooled, fuel-injected engine, the Himalayan produces a nice 24.5hp at 6,500rpm and 32Nm of maximum torque at 4,250rpm. All that power is transferred down to the rear wheel via a five-speed constant mesh gearbox and a final chain drive setup. 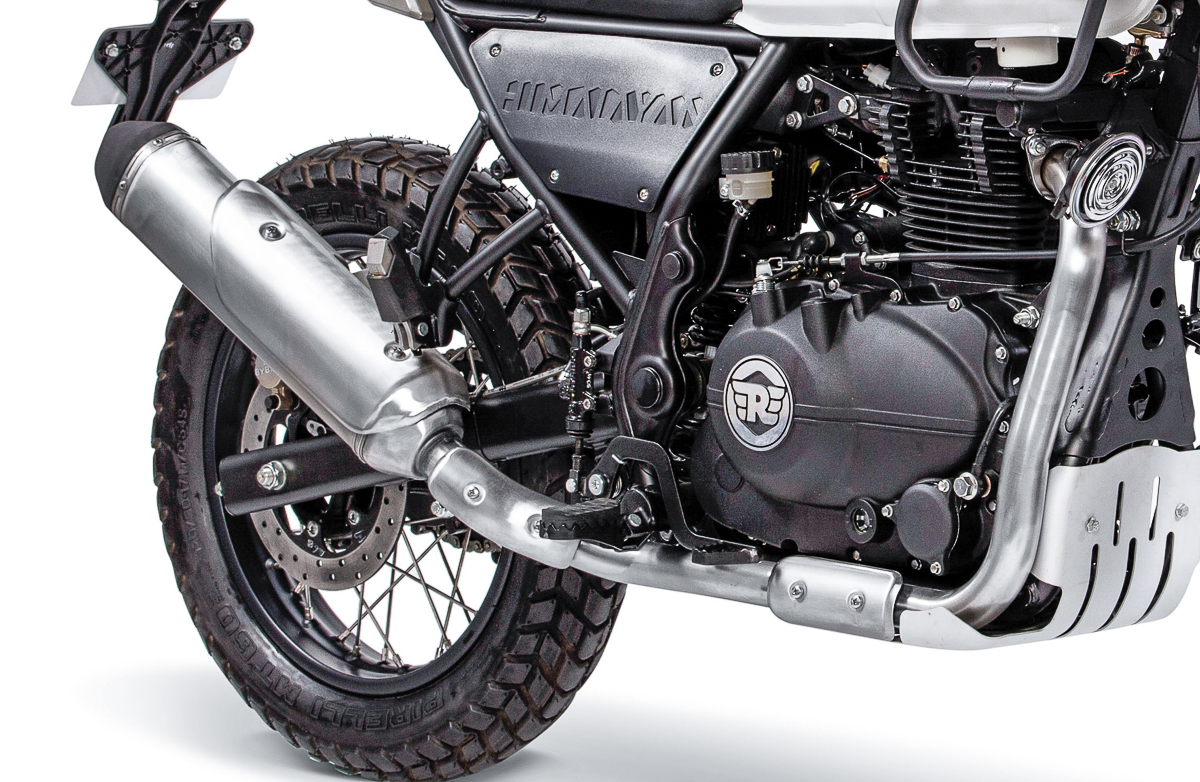 Focusing on being quite a capable off-roader, the 2018 Himalayan comes with long-travel suspensions which come in the form of a 41mm telescopic fork with 200mm travel and a monoshock with linkage that provides 180mm of travel. 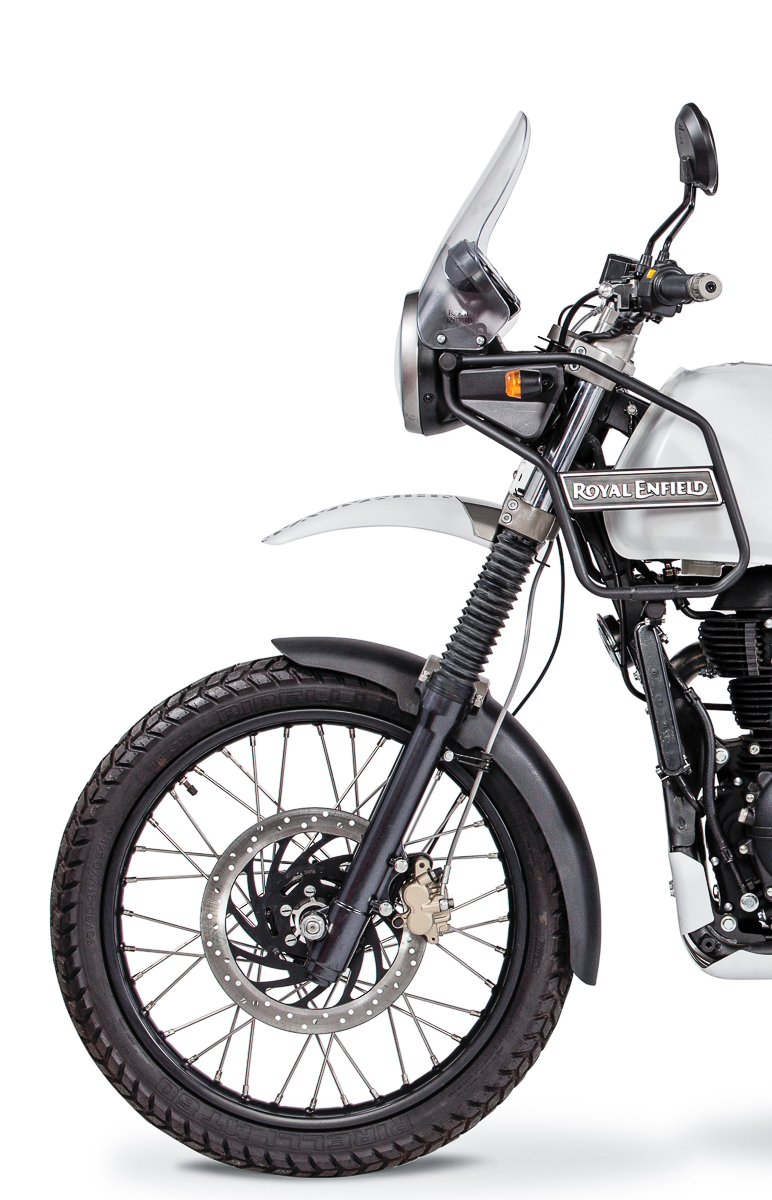 Paired with a 15-litre fuel tank and you got yourselves a machine that can cover quite a distance before having the need to refuel again. One would think that a single-cylinder machine would come with a lot vibration while riding but Royal Enfield took care of that with the use of a counter-balancer. 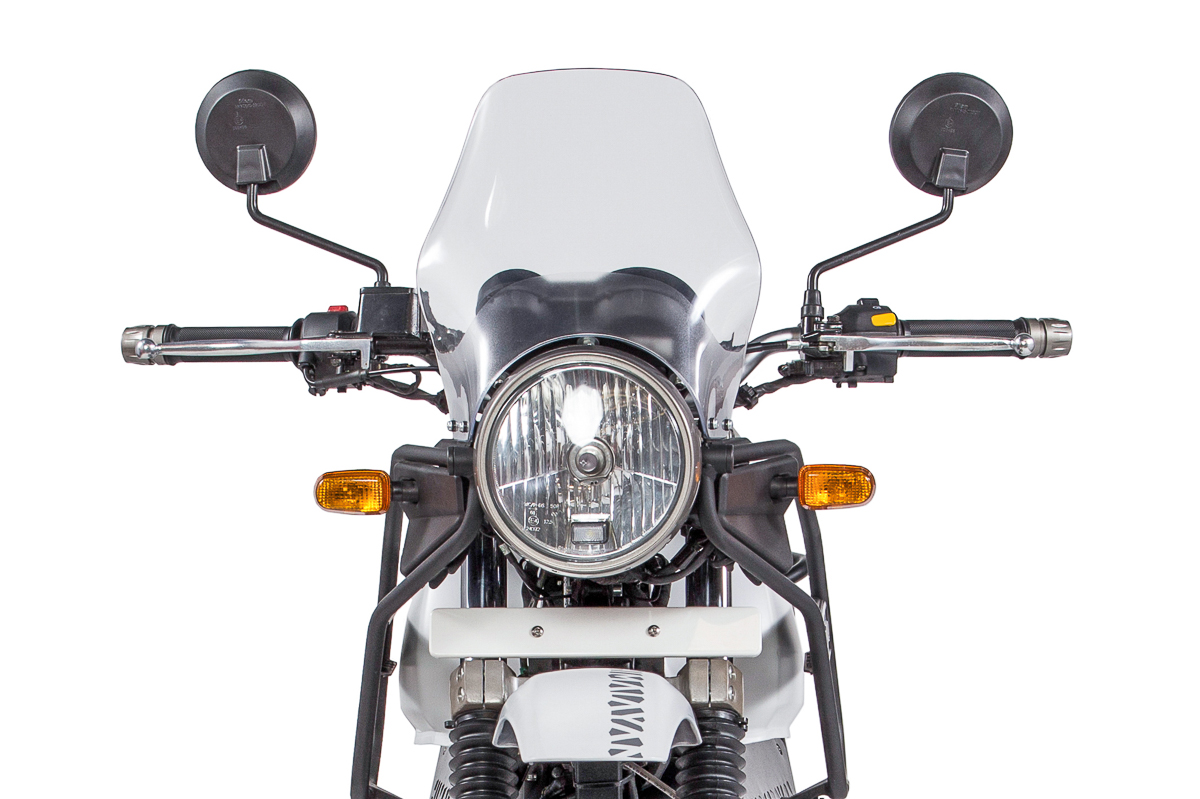 Stopping power comes in the form of a 300mm front disc with a two-piston floating caliper and a 240mm rear disc with a single-piston caliper. These babies are mounted on a 21-inch front and 17-inch rear tyre for some jolly good fun in the mud, snow and everything in between.

The 2018 Royal Enfield Himalayan is expected to arrive around showrooms worldwide sometime in the middle of next year with a price tag of just $4,499 (around RM18,370 after direct conversion). Not a bad price to pay where Royal Enfield claims it’ll be the perfect choice for all those looking for something affordable, efficient and robust in the world of adventure riding.