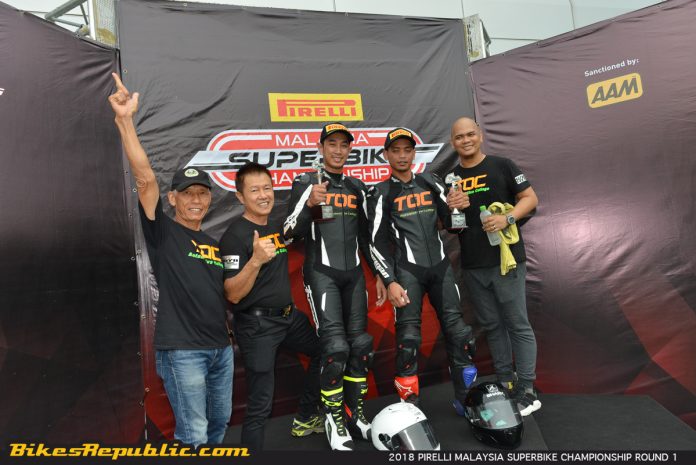 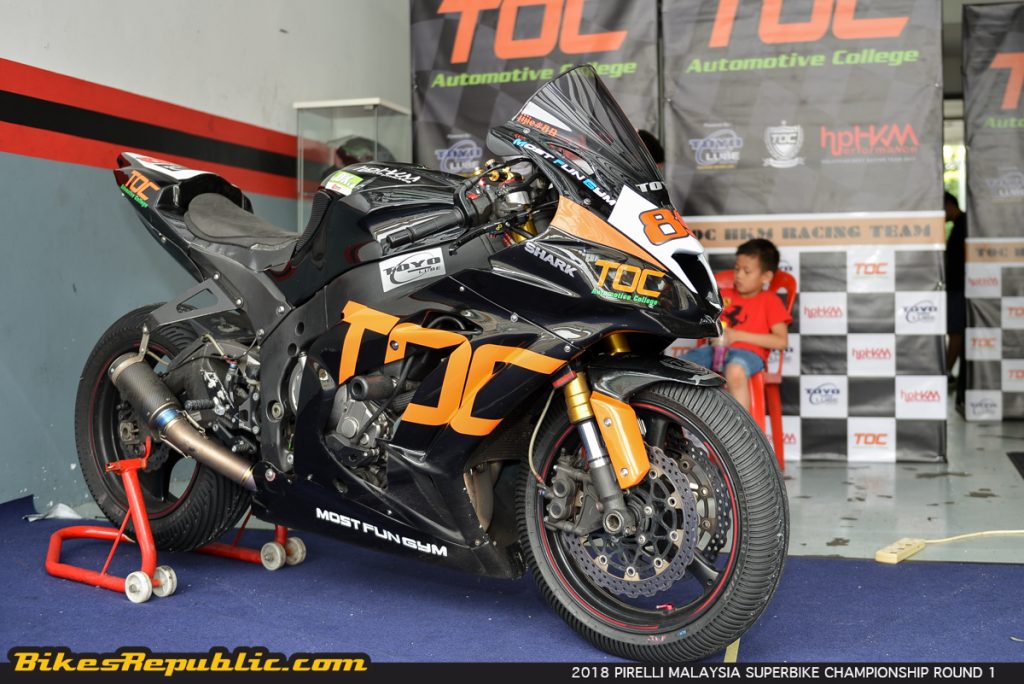 As TOC believes that technical training does not only involve repairing vehicles, as motorsports is seen as the ultimate way for the school to impart knowledge and training to their students in a fun way to face the challenges associated with racing. As such, they have also a racing division called School of Motorsports. This division has spawned four-wheeled racing champions in the past and it is only natural that they extend it to two-wheeled motorsports as well. 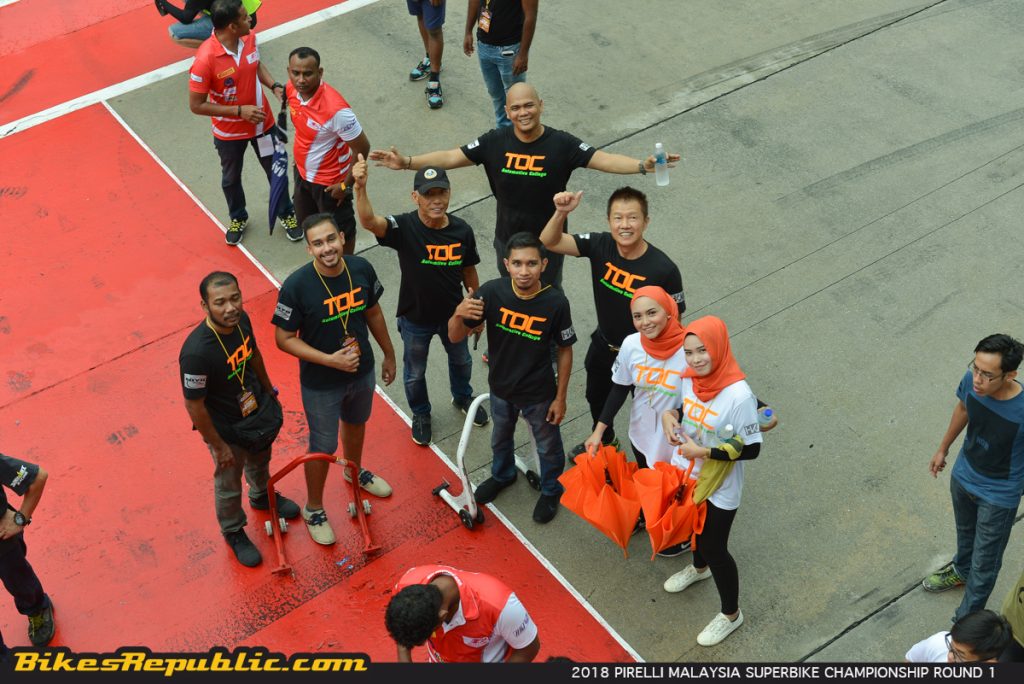 Headed by Team Principal Mohd. Najuib Alias, HKMTOYO Racing Team is the defending MSBK champion from 2017. The team had also worked with MARA for industrial training in the past thus the tie-up with TOC Automotive College for the 2018 Pirelli Malaysia Superbike Championship makes sense, if not inevitable. 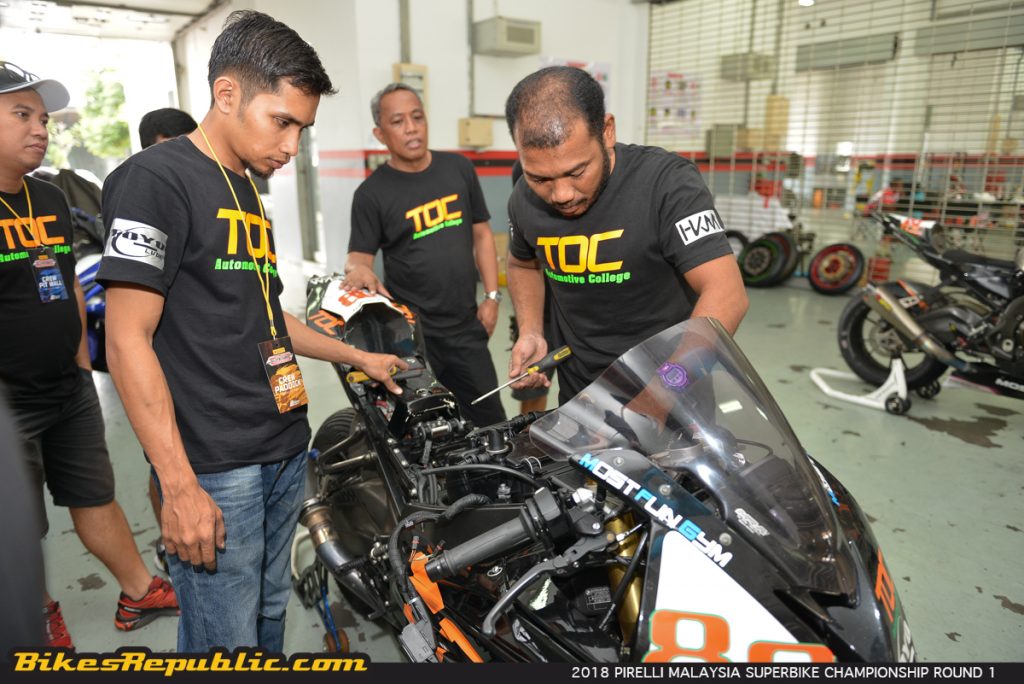 The newly formed team combines the technical skills, knowledge and experience of the HKMTOYO Racing Team and personnel from TOC. TOC had also secured the services of Malaysian GP legend and current MX trainer at Most Fun Gym “Foreman” Oh Kah Beng as the Motosports Director to supervise the team and provide MX training. 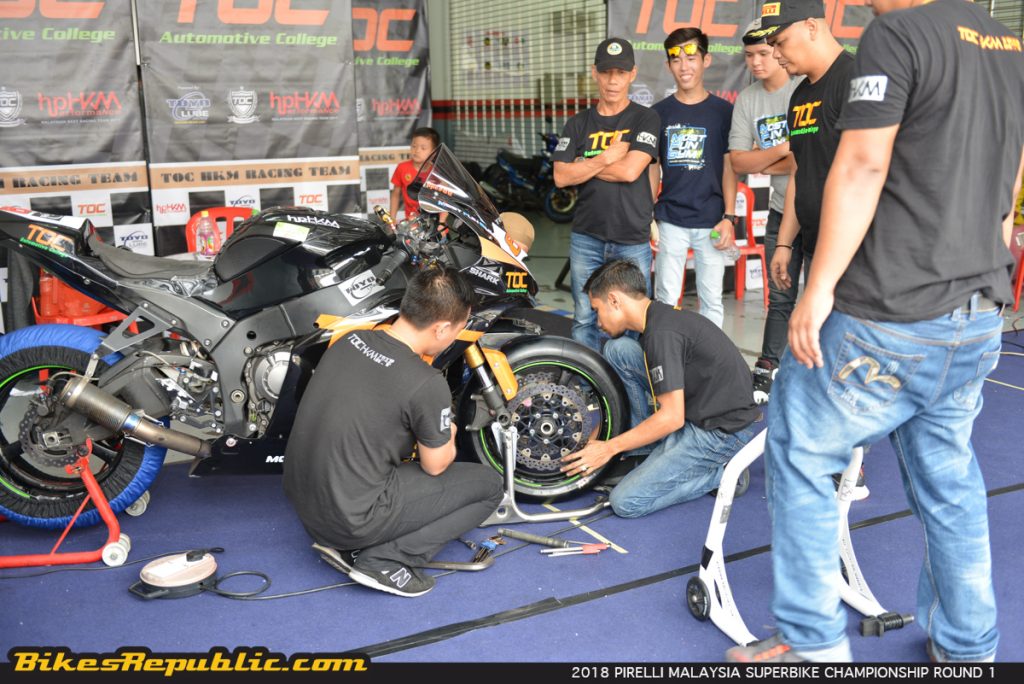 Four riders are contracted to the team for the Superbike and Superstock classes.

In the Superbike category, Ramdan Rosli raced in the FIM CEV Moto2 Championship in Spain. He was also a wildcard rider in the World Moto2 championship between 2014 to 2016. He rides the BMW S 1000 RR. 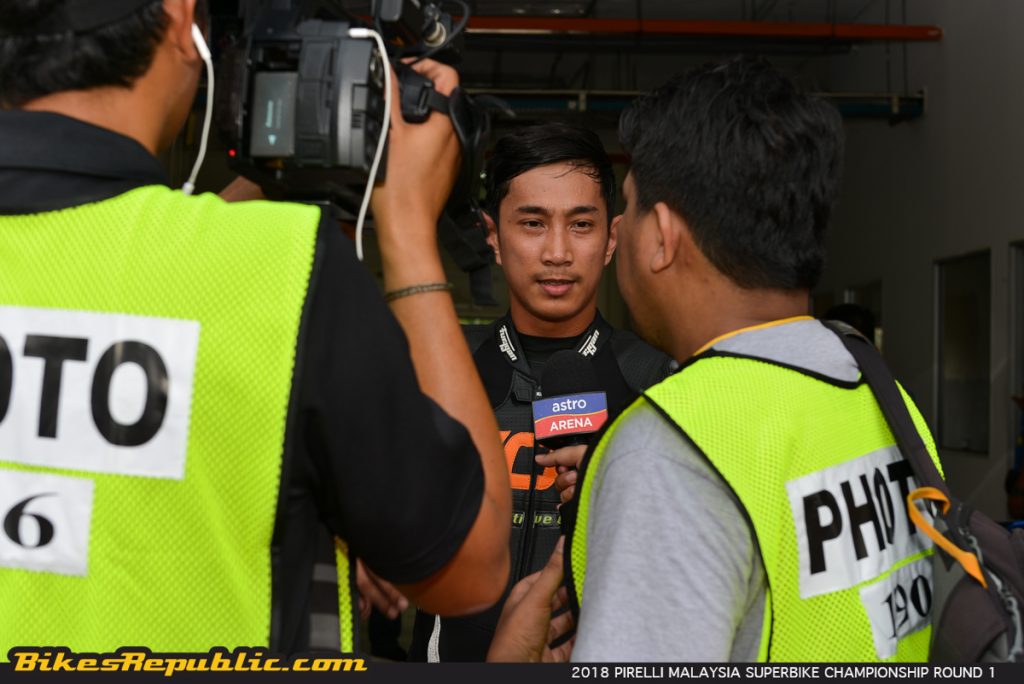 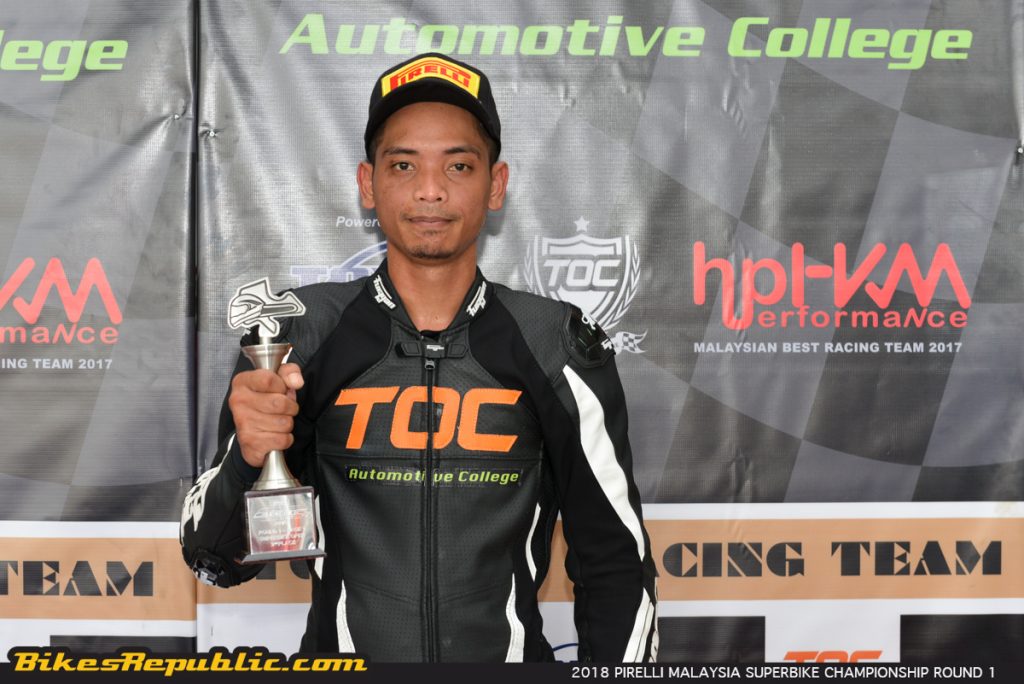 As for the Superstock category, Amirul Hafiq Azmi and Nasarudin Mat Yop are the riders. 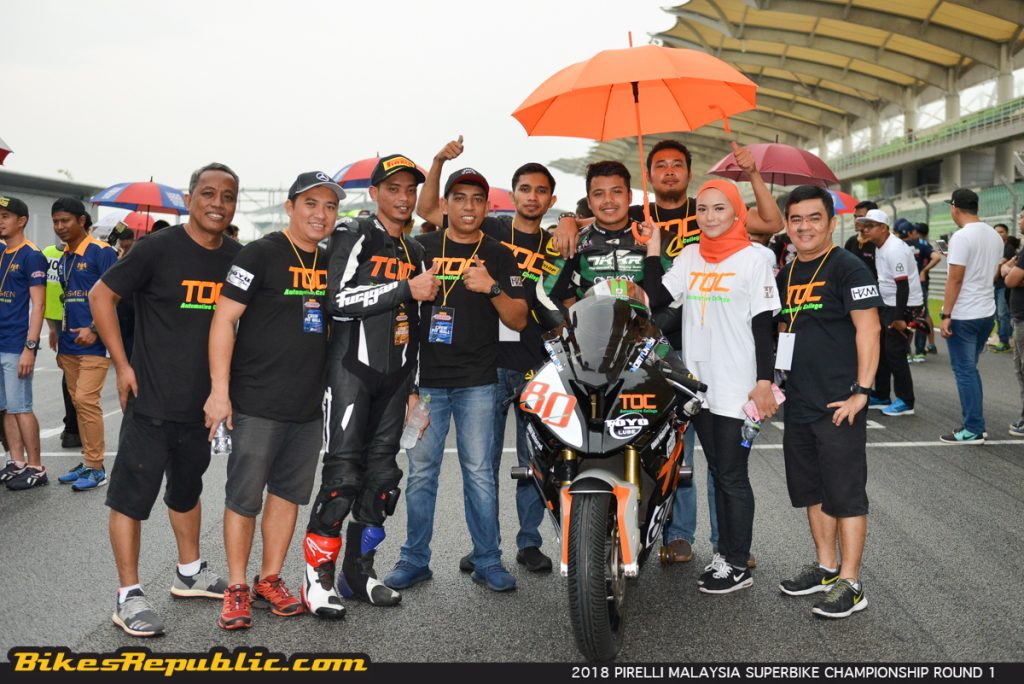 In Race 1 of the Superbike class, Ramdan took it easy at start of the wet race, falling behind Rajini Krishnan of Team RACR and Azlan Shah Kamaruzaman of Chia Motor PJ. Soon, he was able to find his rhythm and started stalking the second-place man, and eventually passing Azlan Shah with 4 laps remaining to finish 2nd.

Muhammad Jamalul rode a steady race to finish 5th, for a tally of two TOC HKMTOYO bikes in the Top 5. 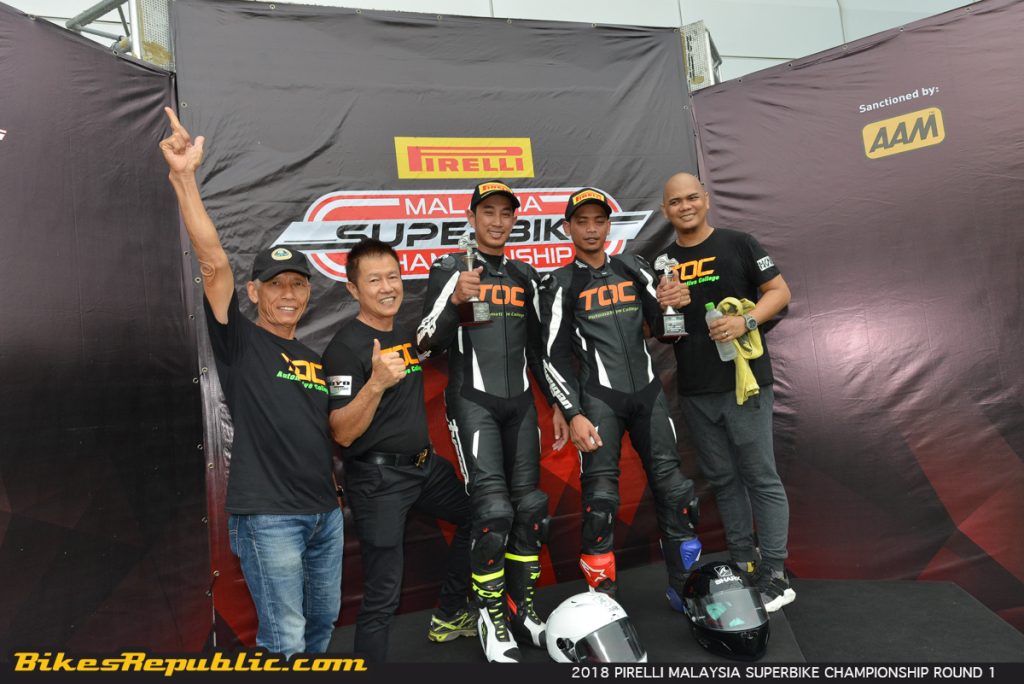 As for Race 2, Ramdan had started strong and was in a three-way battle among Rajini and Azlan Shah. However, Rajini crashed at the start of Lap 3, leaving the two other riders to fight it out. Unfortunately, Ramdan had started to slow from that point with brake problems and allowing Azlan Shah to ride away 2 seconds faster per lap. 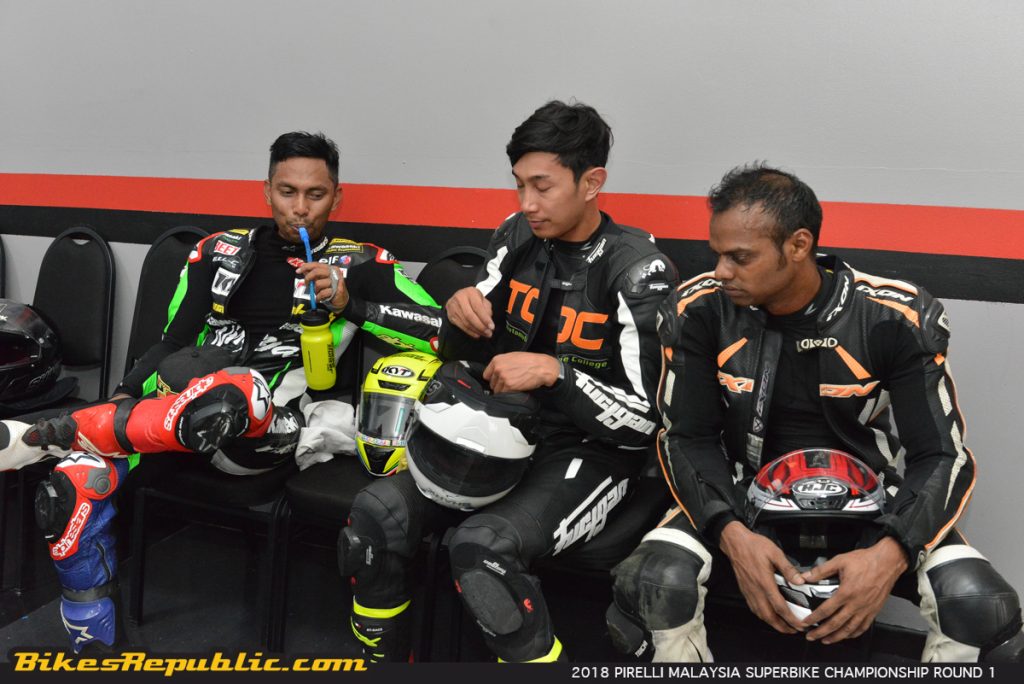 As for Muhammad Jamalul, he went one better this time and came home in fourth.

“There was no front brake. The lever came all the way back to the handle grip,” lamented Ramdan. “The only I could make it work was to hold the lever back slightly but I still didn’t have full braking power.” 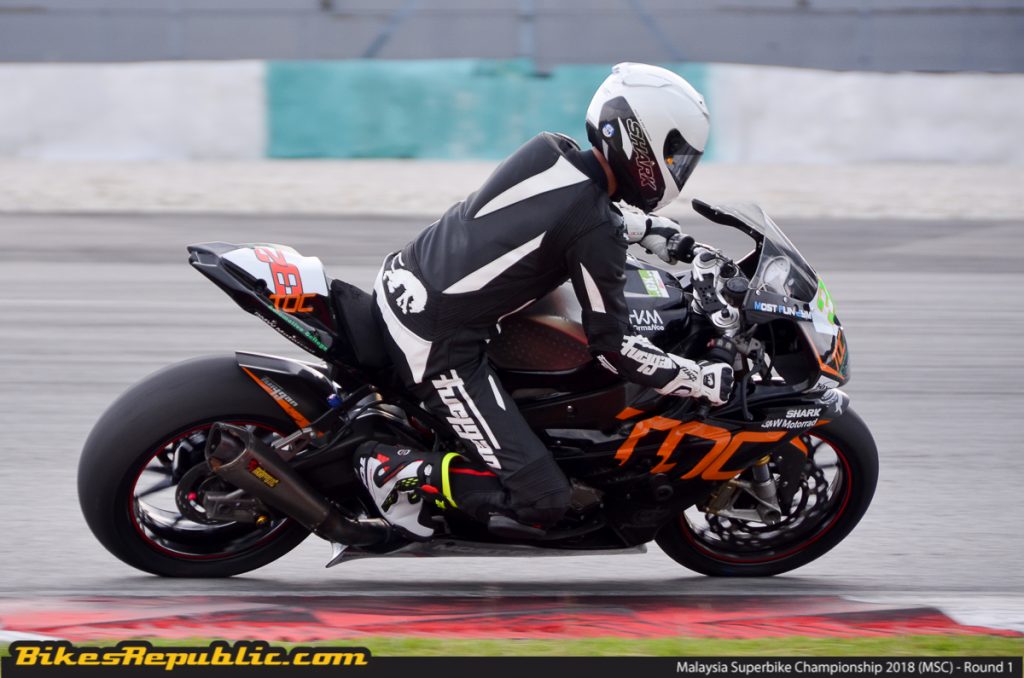 That was amazing feat considering the monumental challenge. 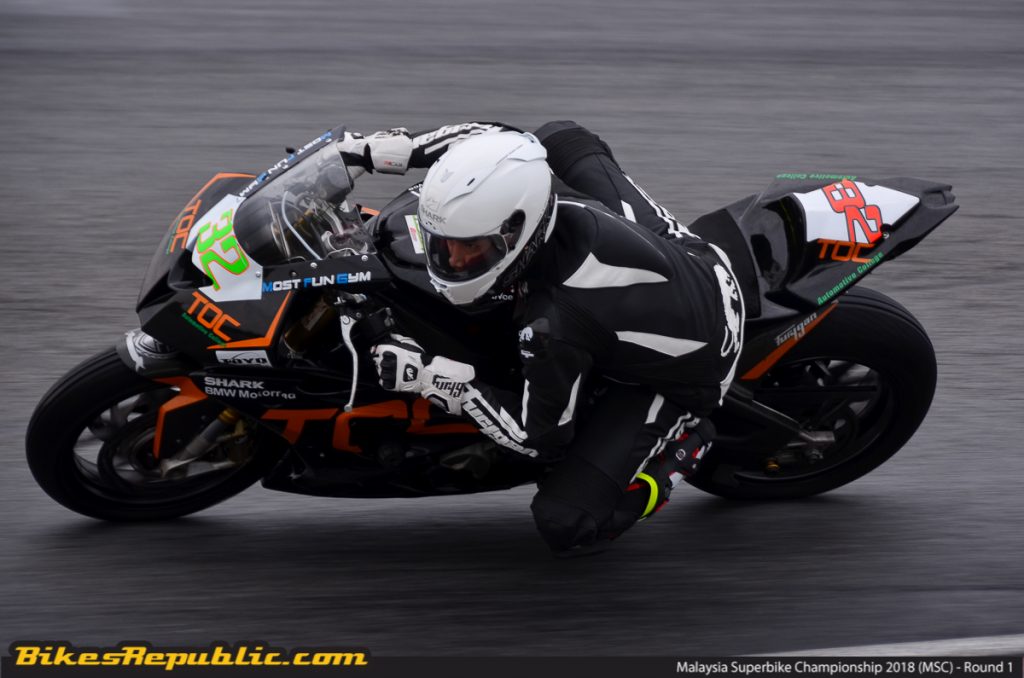 In the Superstock category, Amirul Hafiz Azmi finished in 5th in Race 1 but forced to retire in Race 2, while his teammate Nasarudin May Yusop picked up 3rd in Race 2. 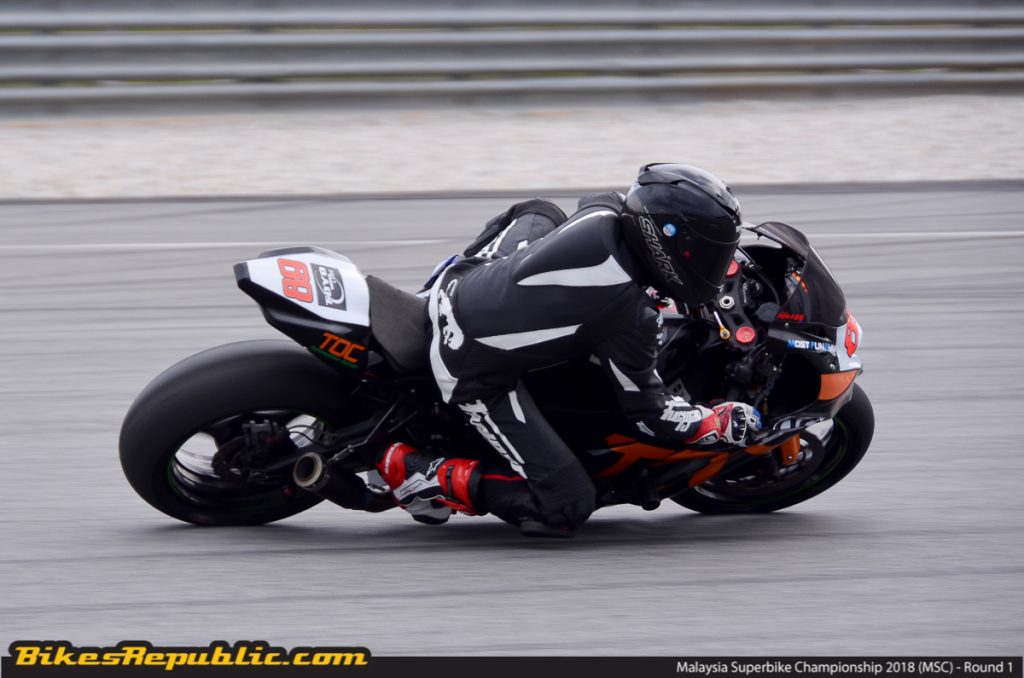 The TOC HKMTOYO Racing Team now leads the riders’ and teams’ championship in the Superbike Category of the 2018 Pirelli Malaysia Superbike Championship (MSBK) as the series heads into the Ramadhan and Hari Raya Puasa break.