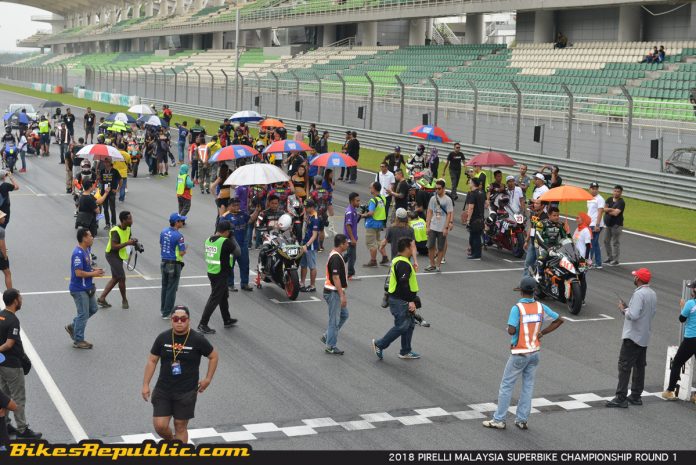 The country may still be having a hangover from a people’s victory from the General Elections, but the 2018 Pirelli Malaysia Superbike Championship (MSBK) got off to a rousing and positive start, nonetheless. 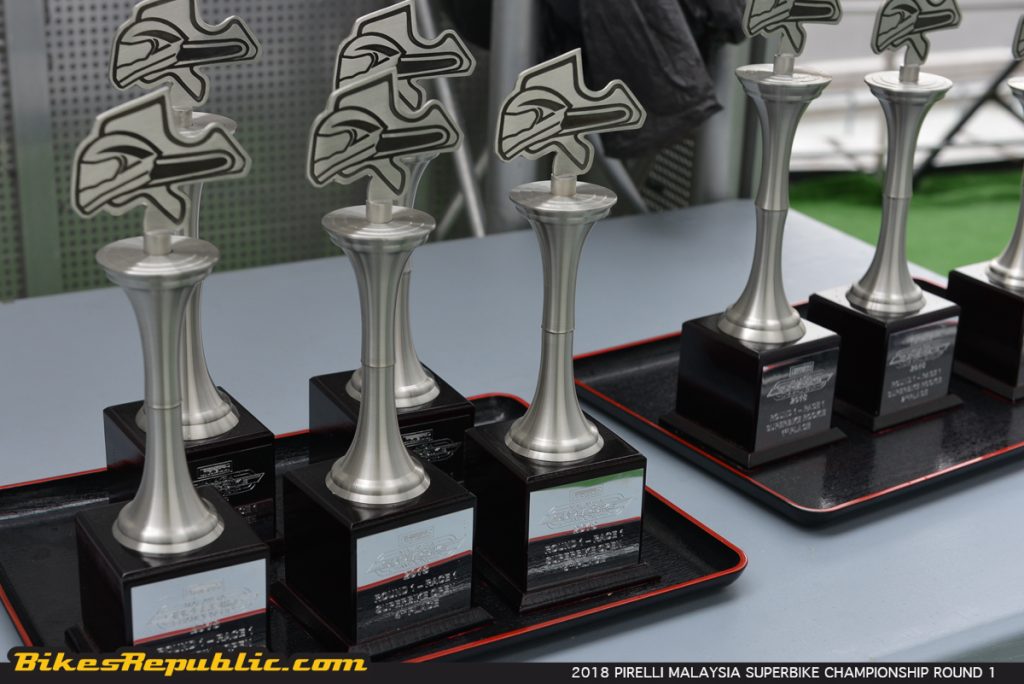 The General Elections and subsequent holidays had shortened the time available to the teams to set up their bikes for the race. Yet, all teams showed up and used the practice sessions to speed up the process. 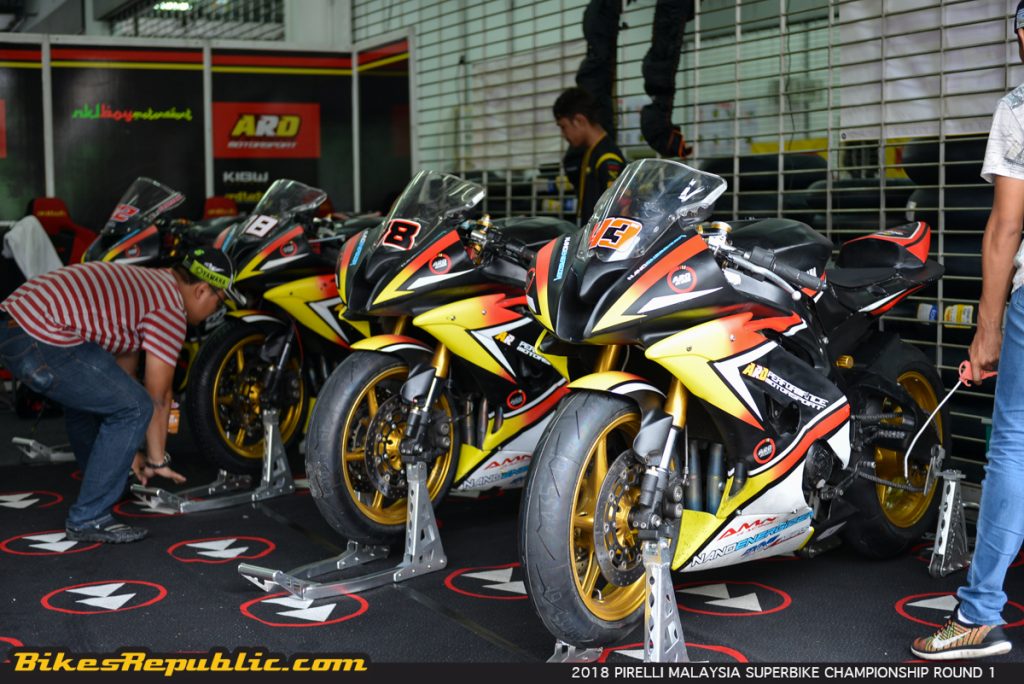 But it was refreshing to see that it was very much a family-oriented race series. Most riders and team members had brought along their family along with their spouse and children to the paddock. They ate together. They shared the victories, defeats together. They prayed together. 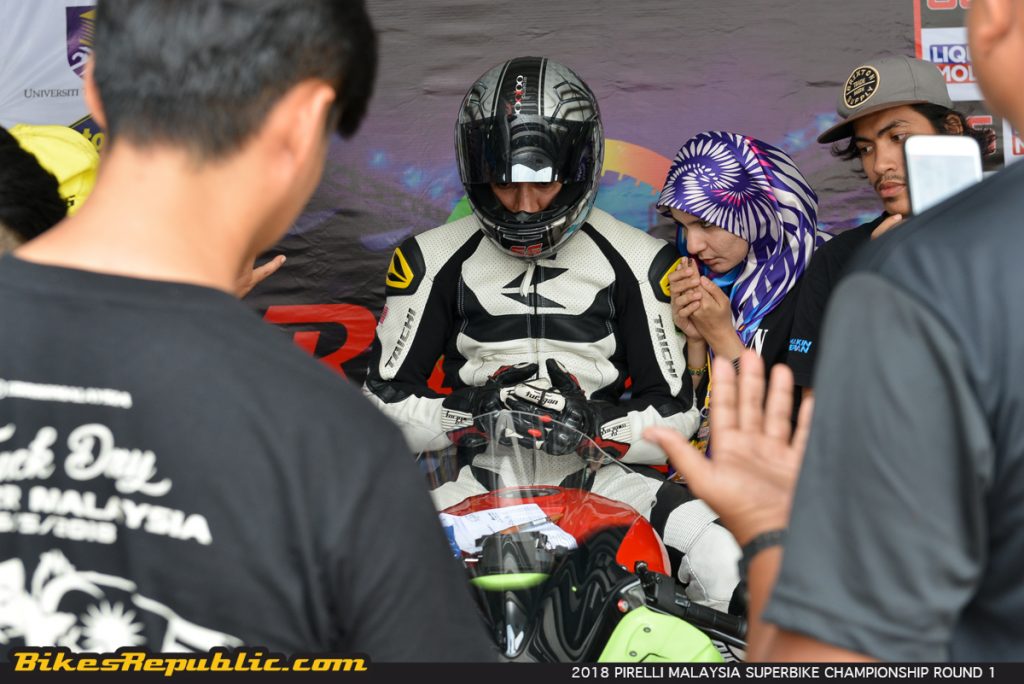 There are four classes contested this year: Superbike, Superstock, Supersport, and Super 250. Each class is further subdivided into Open and Rookie categories, run together in each race. 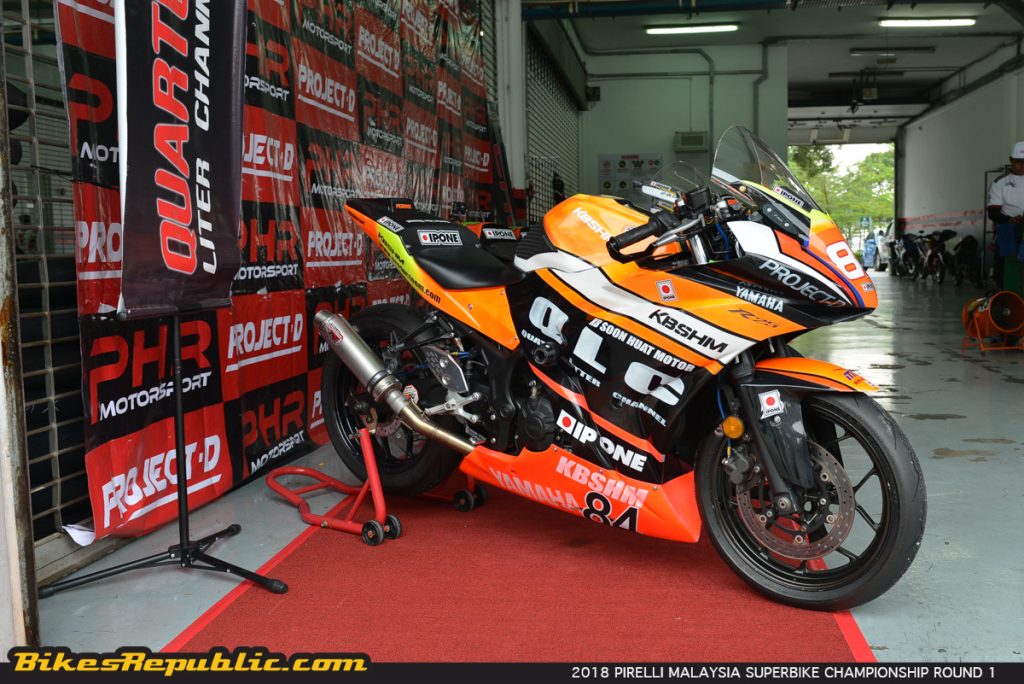 Saturday had started warm and proceeded to being blistering hot even before the noon hour. The riders who came back after practice all look beat, yet there are fitter than most of us. There were a few teams that set up inflatable pools behind their pits as contingency in case their riders suffer heatstroke. 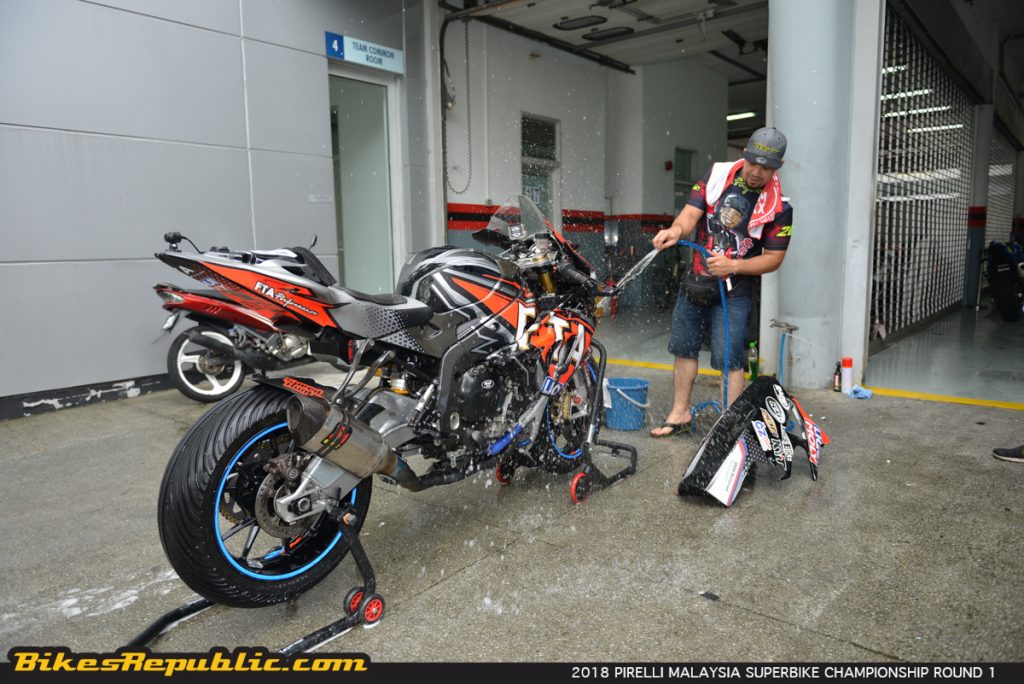 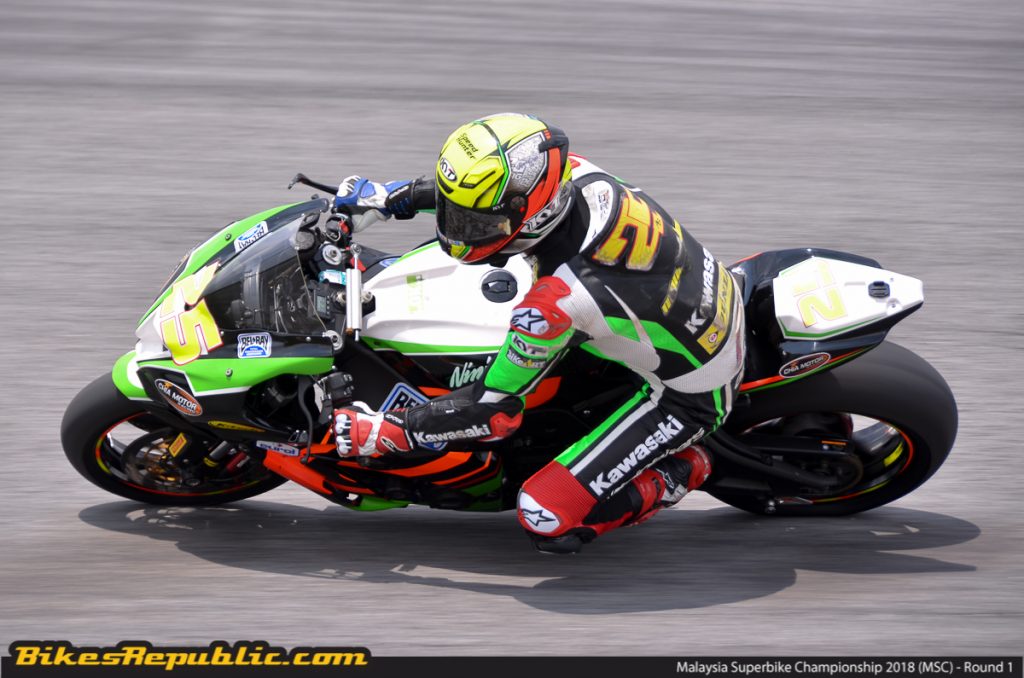 Ex-MSBK champion, Rajini Krishnan who runs his own Team RACR now, returned to MSBK competition on a Yamaha R-1M qualified third with a time of 2:11.157. 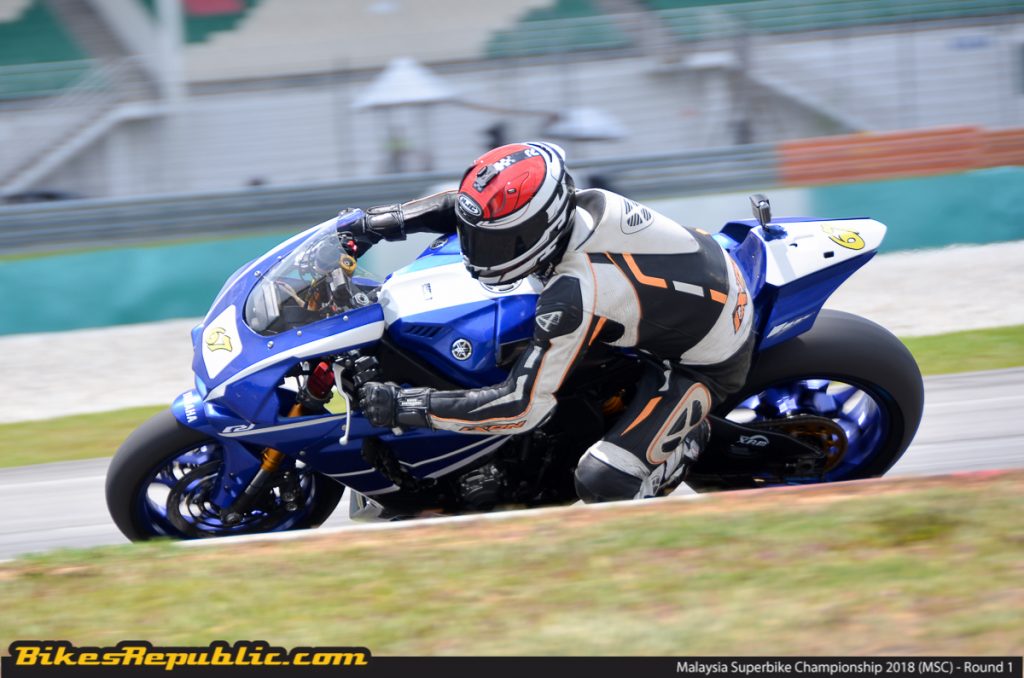 Qualifying times in all other classes also followed the same template.

However, all the qualifying effort almost amounted to nothing for a few competitors on race day. 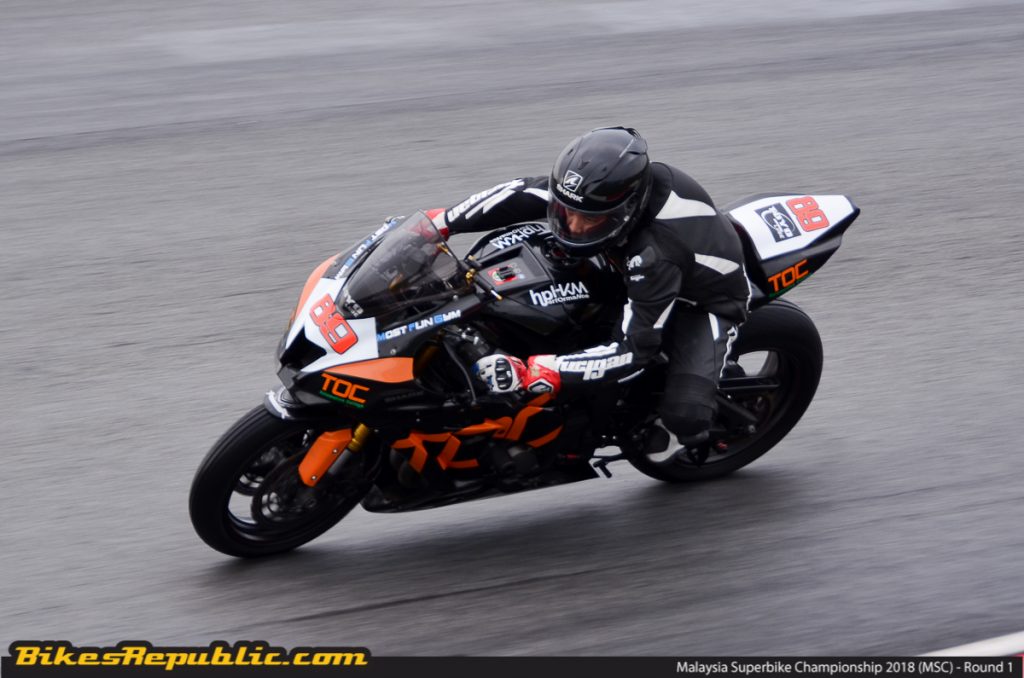 A heavy shower in the morning inundated had the track. With heavy cloud cover ahead, the track stayed wet for most parts of the day until later in the afternoon. 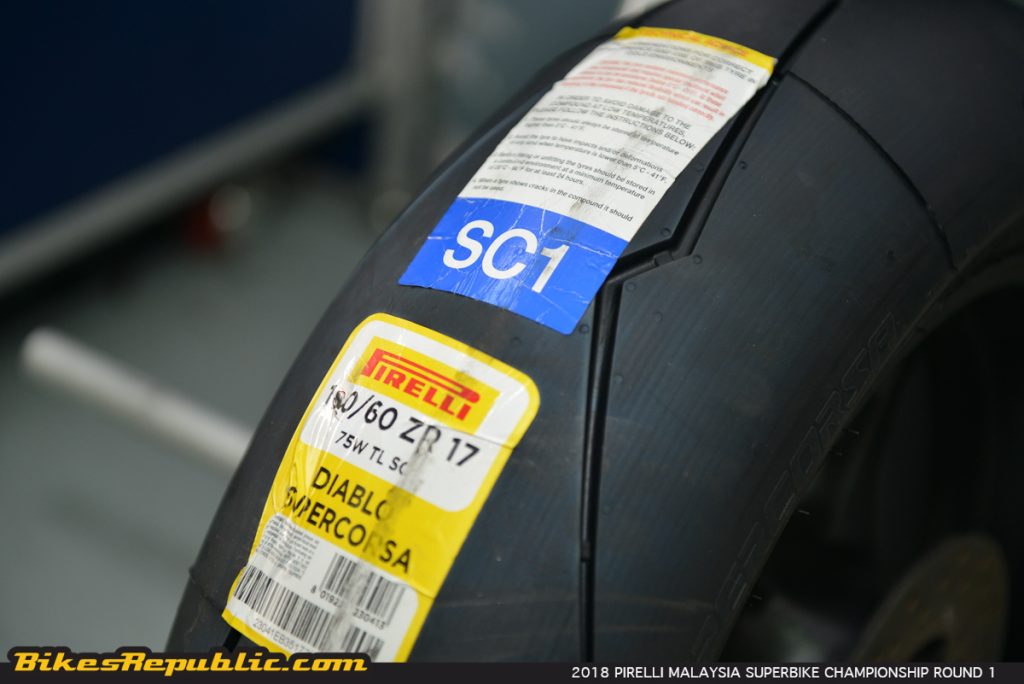 For anyone who had ever ridden or driven around the Sepang International Circuit before, the track may look dry as if unmolested by a single drop of rain, only to discover it’s actually soggy. 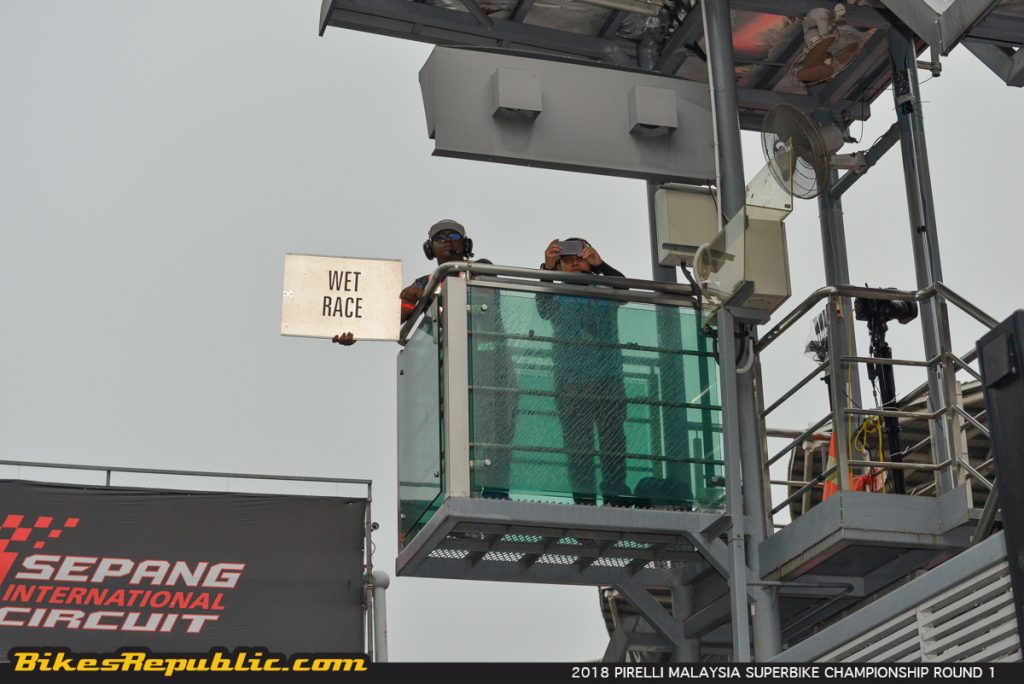 The first race of the day, Superbike Race 1 got under way under after been declared a WET RACE. While the leaders slipped and slid all over the track, there were six crashers behind them on parts of the track where there was no standing water.

Rajini pushed as hard as he could at the front and won the race commandingly from Ramdan Rosli and Azlan Shah. 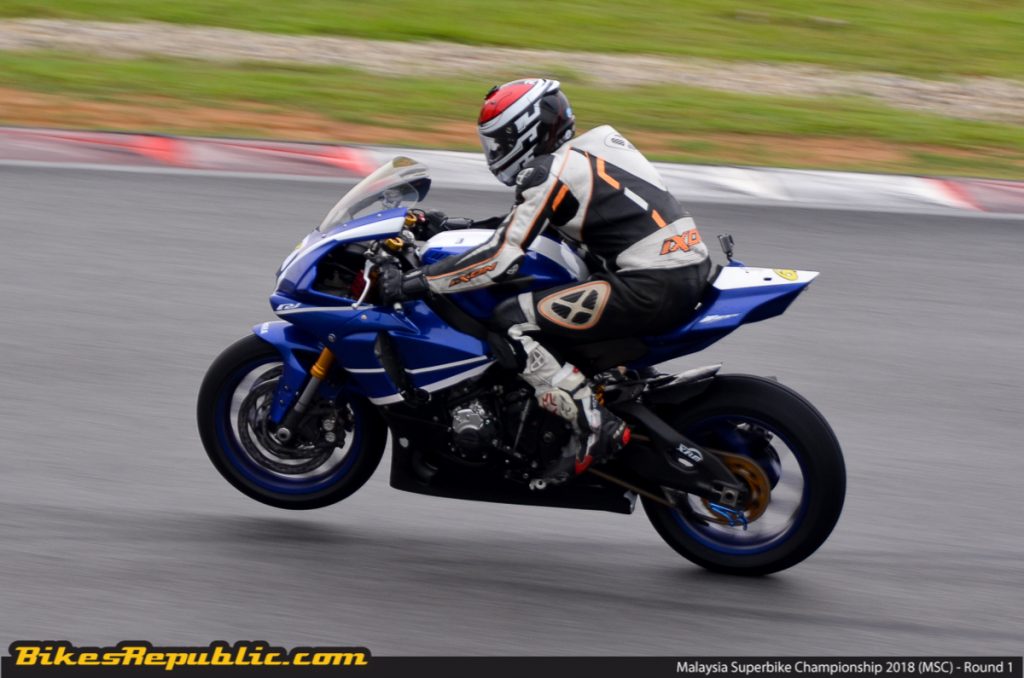 Competitors in subsequent categories raced on a wet track, but it was the Race 1 of the Super 250 class which proved to be the most entertaining. The rulebook did not separate the single-cylinder and two-cylinder bikes but it was the former that were faster despite Sepang’s long straights. A six-way battle for the lead developed in the closing stages with some hard passes and kamikaze dives inside each other. And it was that which decided the final results at the last turn on the final lap, when one rider misjudged his brake marker and torpedoed the 2nd-place runner into the dirt. 16-year-old Indonesian rider Surya Narayana fought hard with all comers and came out tops in all three races. On a borrowed bike. 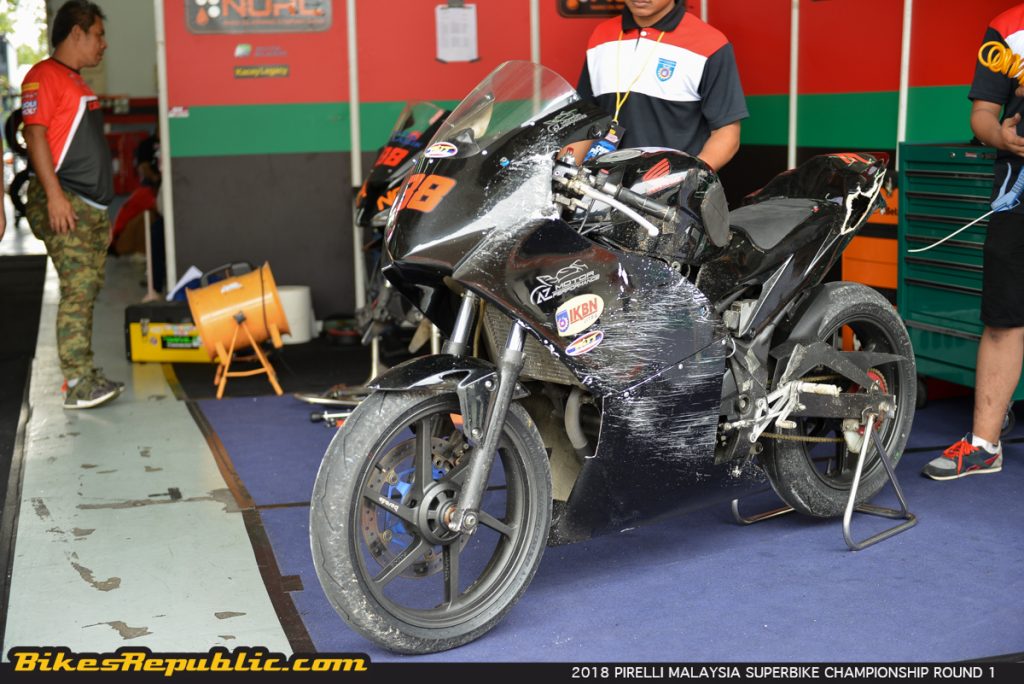 The track started to dry out by Supersport Race 2 and it was the first time that slick Pirelli tyres made their appearance of the day on the Superbikes. Kasma Daniel Kasmayudin of Hong Leong Yamaha Racing won Race 2, following his crash in Race 1. The team worked throughout the interim to fix his bike. 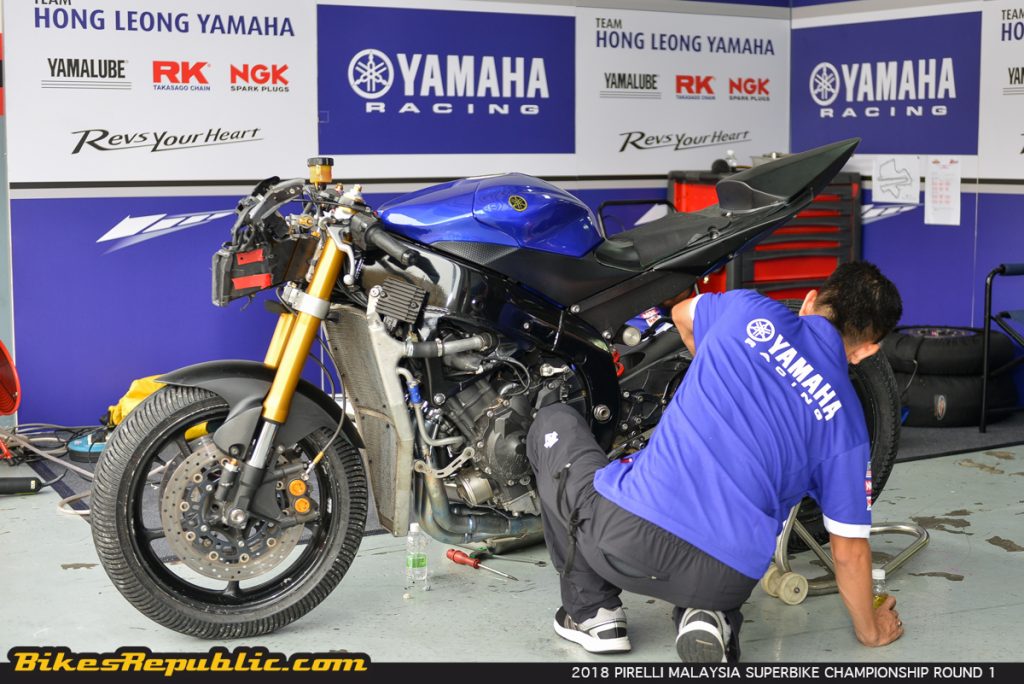 Azlan Shah showed the way in Superbike Race 2 as Ramdan ran into brake problems, while Rajini crashed at the start of Lap 3. Rajini managed to remount and fought his way back up to 5th at the flag. 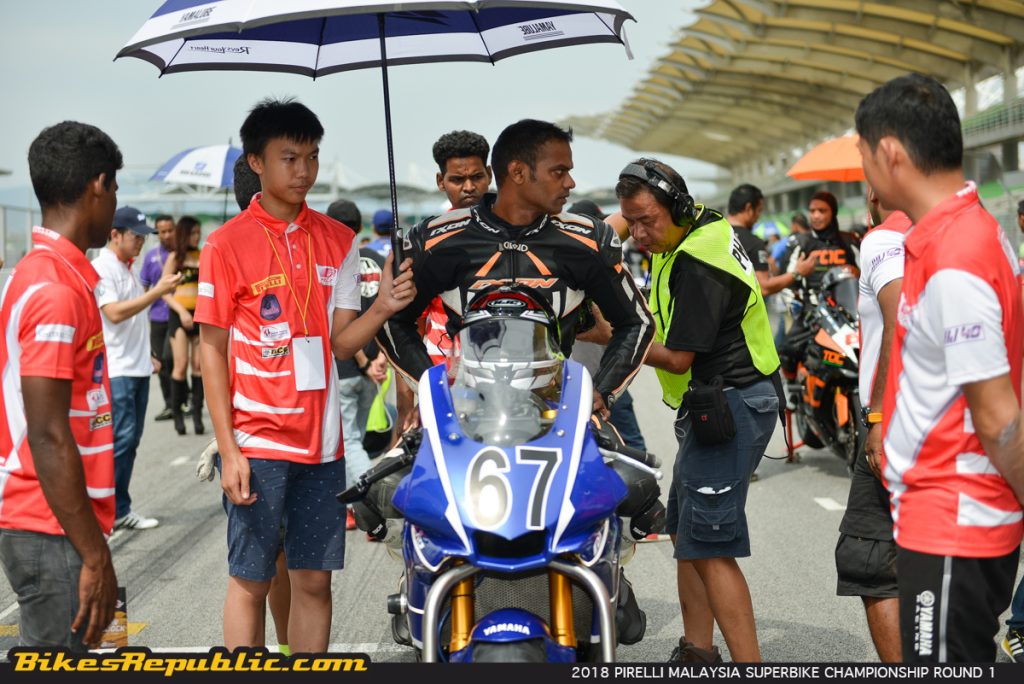 In the Superstock 1000 races proceeding the superbike races, Azrol Hakeem of Fastthrottle Motorsports rode in commanding fashion to dominate both races. 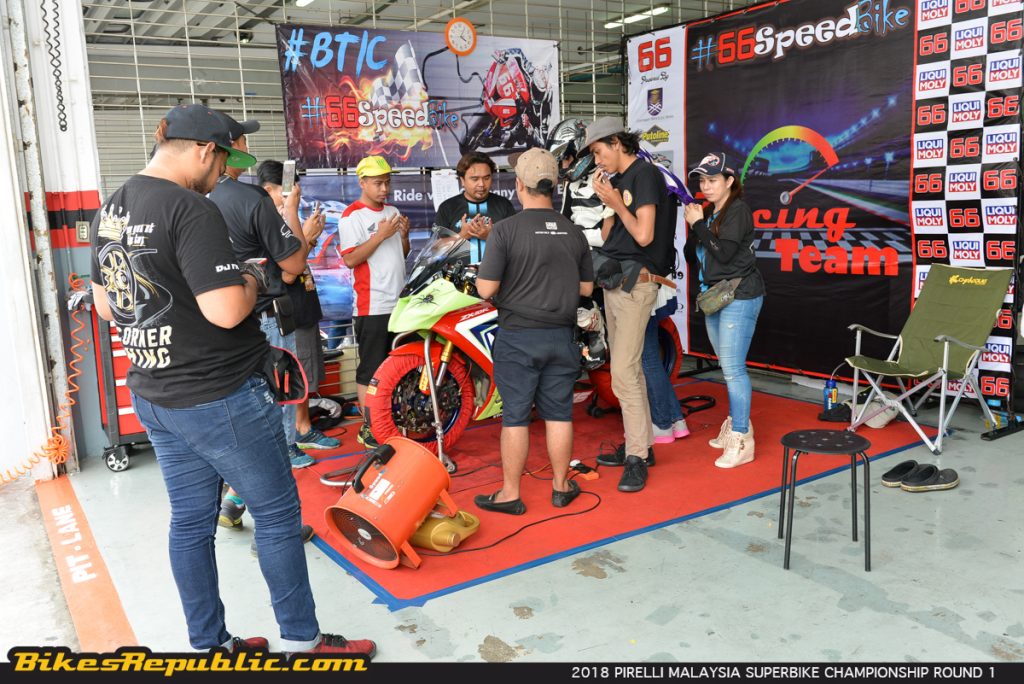 In closing, it was a great weekend of great racing. Unfortunately, as many were still making their way back into the Klang Valley following the long holiday, there were not as many spectators as expected. They had missed a great spectacle. 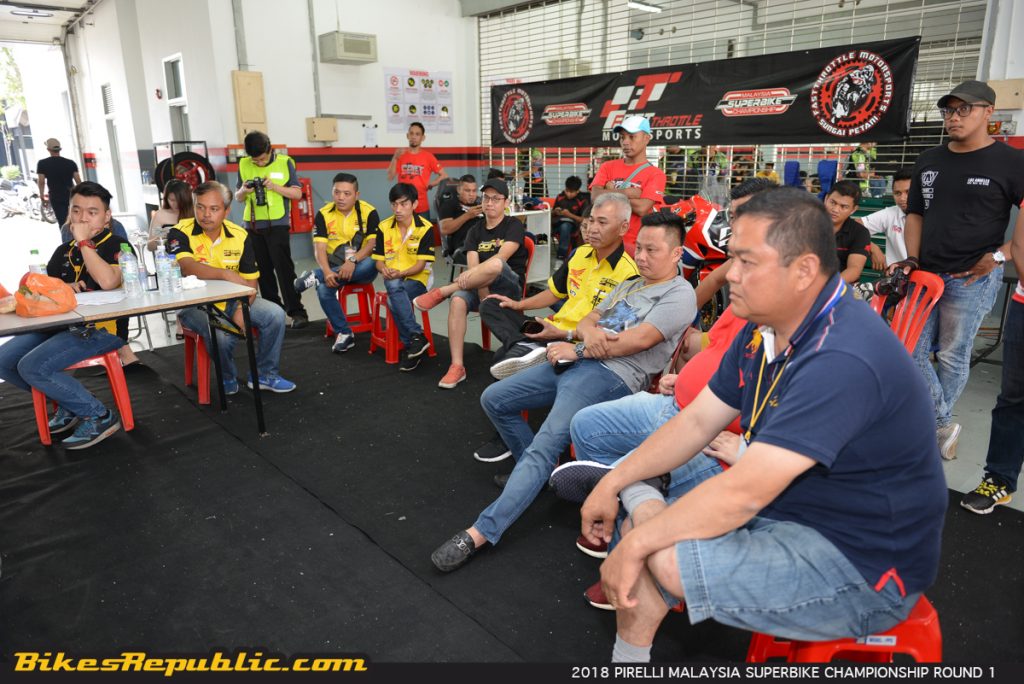 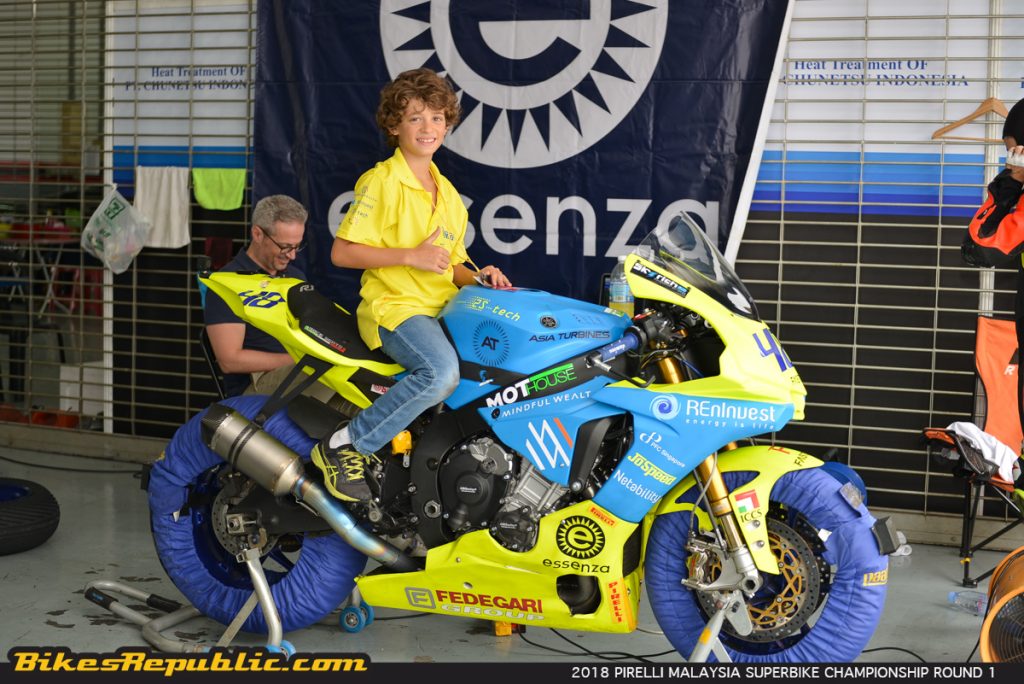