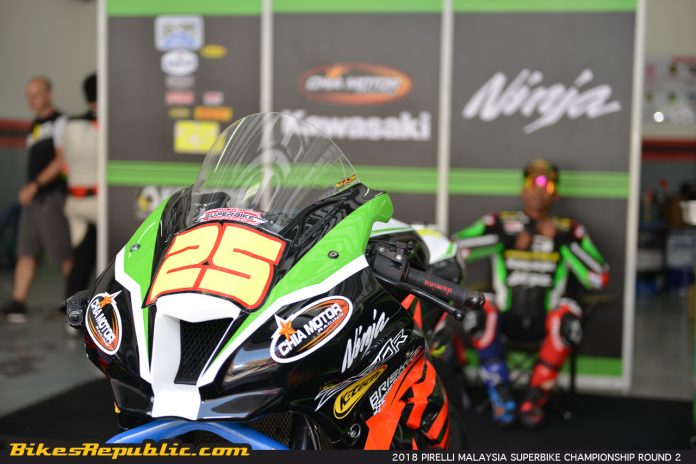 Round 2 of the 2018 Pirelli Malaysia Superbike Championship (MSBK) saw a continuing dominance from the partnership of Azlan Shah Kamarulzaman with Chia Motor PJ. Azlan Shah had qualified for the premier Superbike class on Pole on Friday and converted it to win both Race 1 and Race 2, for a clean sweep through the weekend. 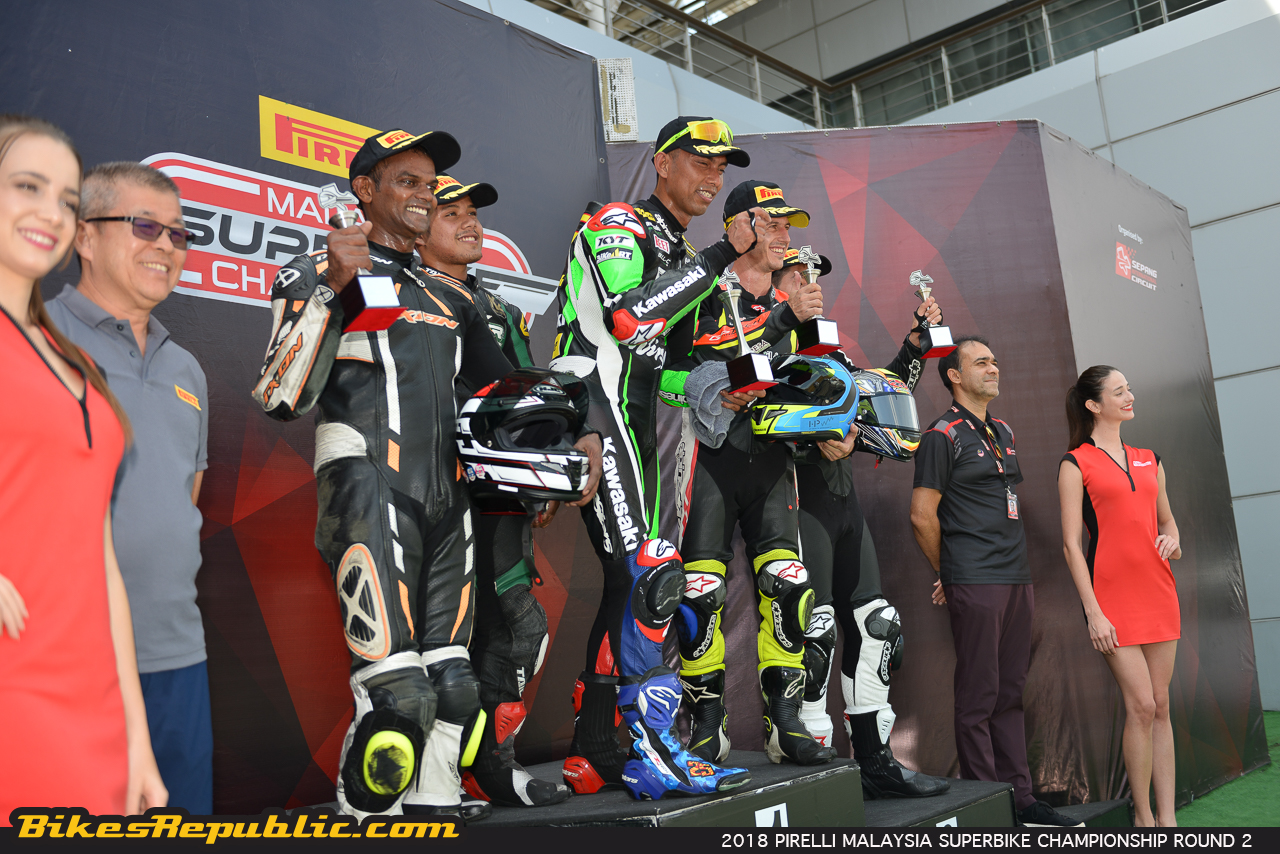 The partnership looks to be perfect as Azlan Shah brings a treasure trove of racing experience to team. Likewise, Keith Chia, the principal of Chia Motor PJ himself was a racer as recent as a couple of years ago in the AAM Malaysian Supermoto Championship. 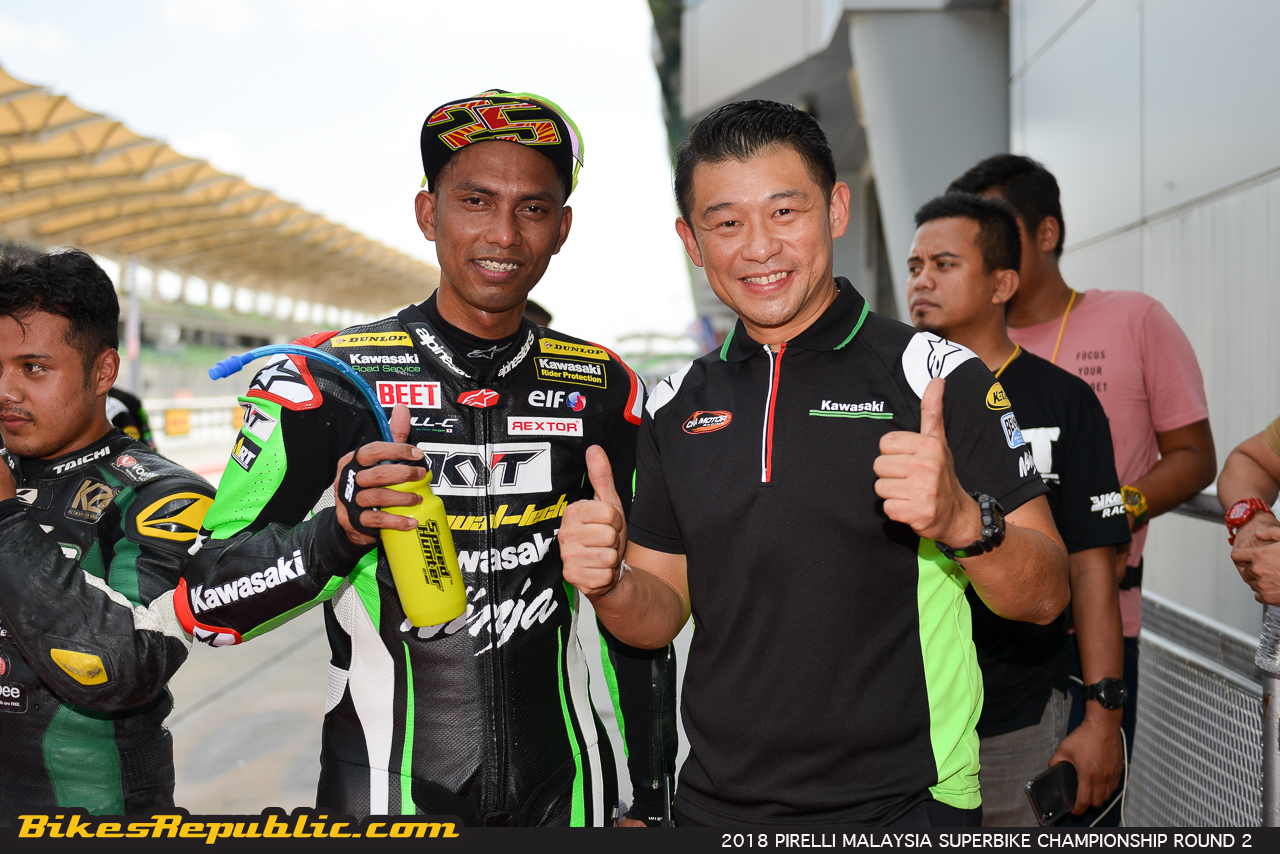 For Azlan Shah, it seems that the only thing he knows how to do was to go fast. But it was further than the truth as he knows when to put the hammer down and when to back off to conserve the bike and tyres. Such calculated coolness results in pressuring his opponents to ride harder and sometimes over their limits. 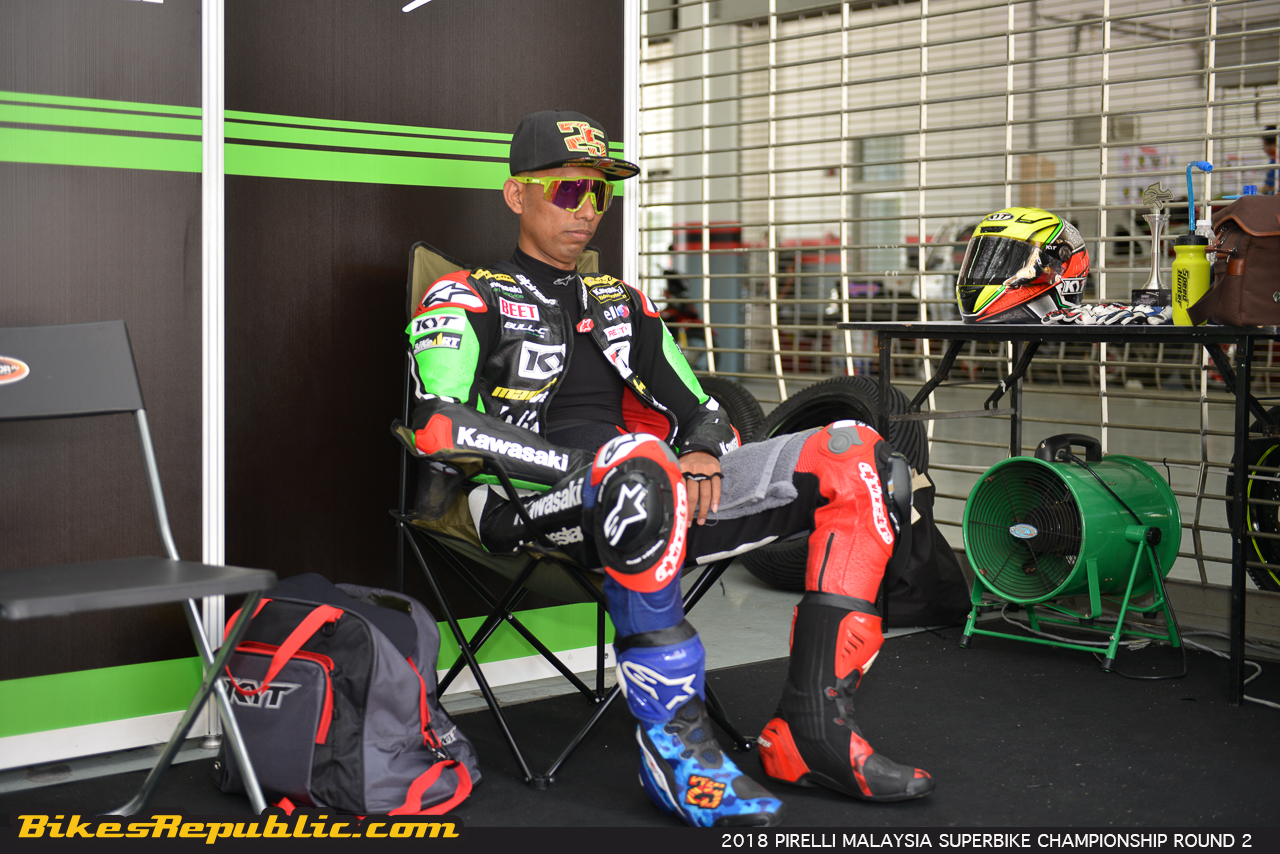 As for Keith Chia, one only has to take a look at the racebikes he meticulously prepared for Azlan. They looked great, sounded great and most certainly went great. He was also receptive to the rider’s input regarding the issues faced after the latter has gone on track. 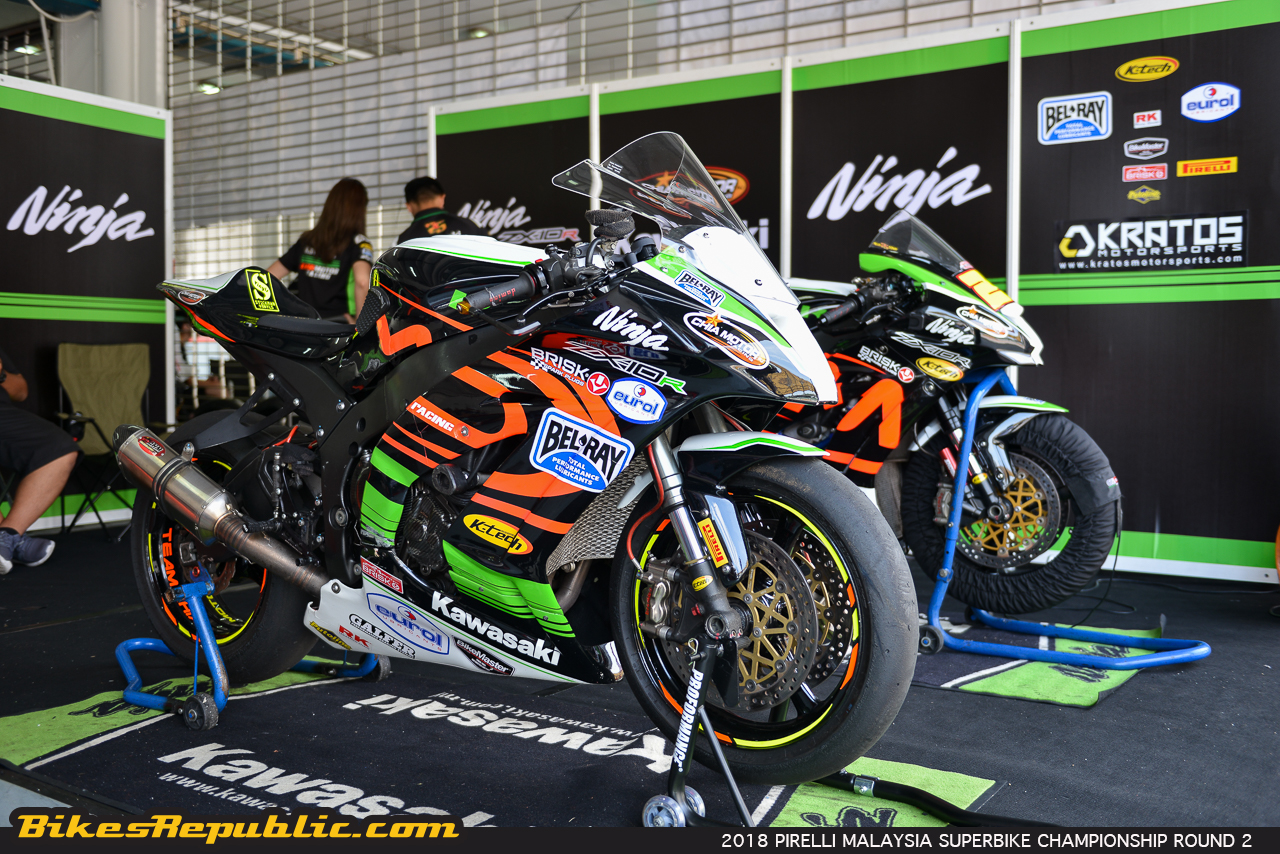 Azlan made the perfect start in Race 2, pulling a couple of bike lengths from Rajini Krishnan by the time they arrived at Turn One. From then on, the lanky rider maintained a steady pace which was 1.3 seconds ahead of the 2nd-placed man. 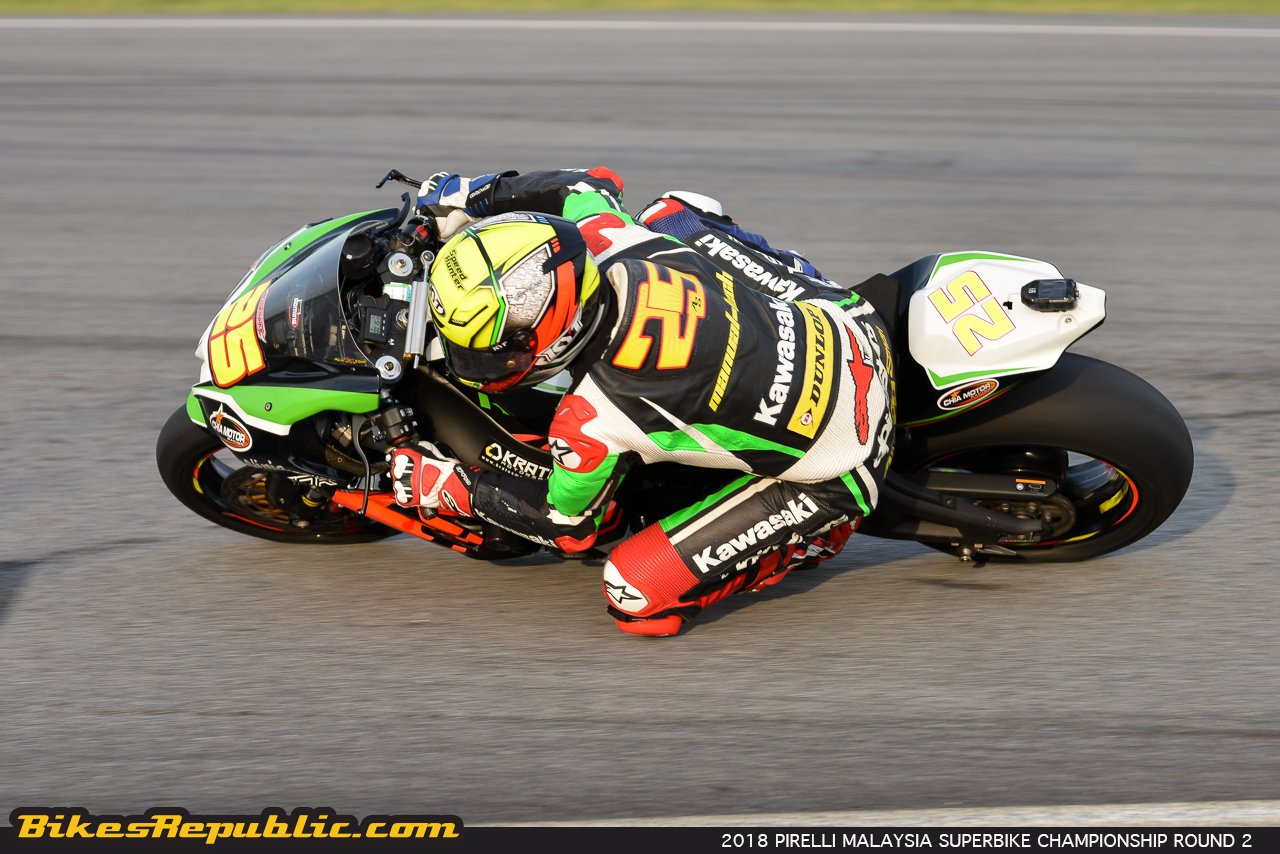 Rajini stayed close to Azlan for a number of laps before making a mistake, running off Turn Nine. The loss of dropped him down to 5th. He would eventually fight back up the order but overshot the same turn again to finish 3rd. 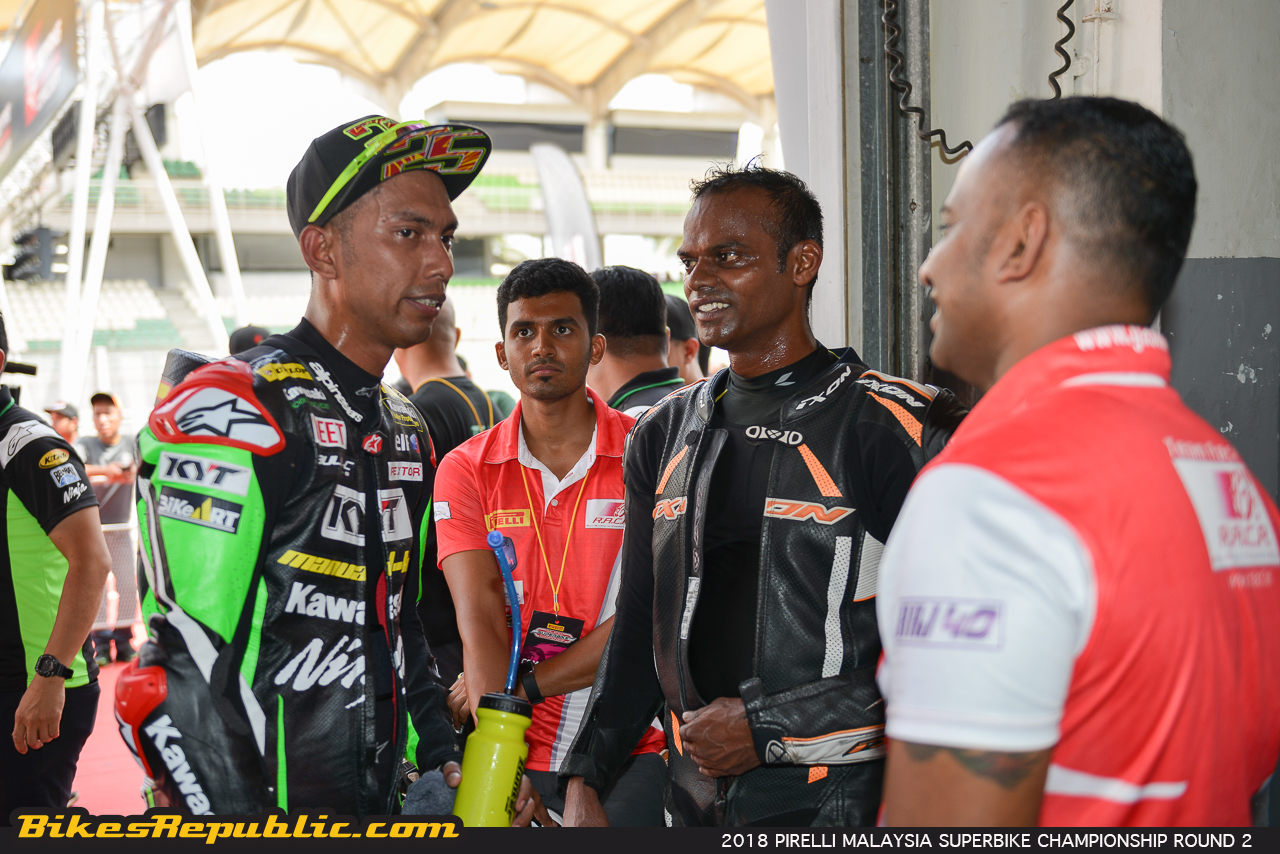 Azlan Shah and Chia Motor PJ were elated with the dominating results, of course, and they now lead the championship. 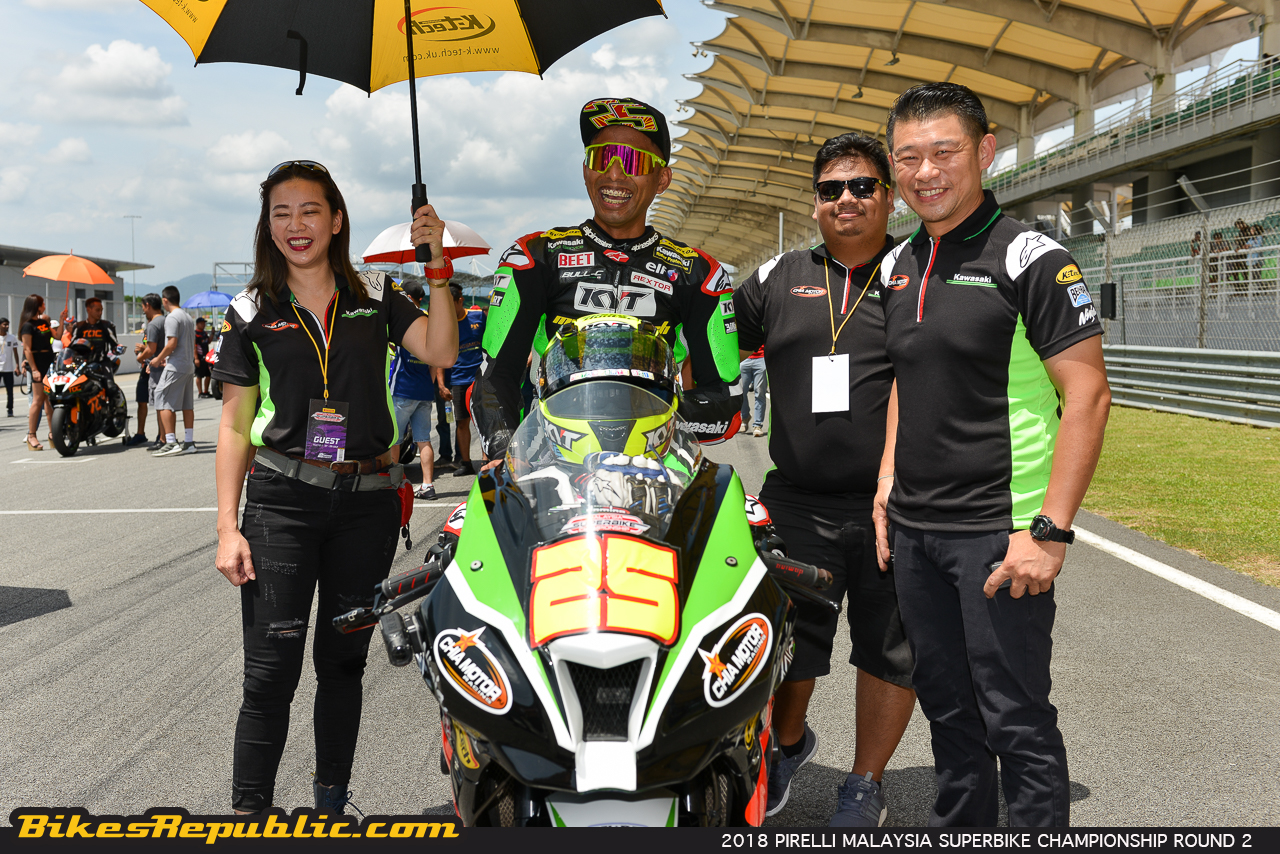 You may visit Chia Motor PJ’s Facebook page for more information or visit them at the location below.