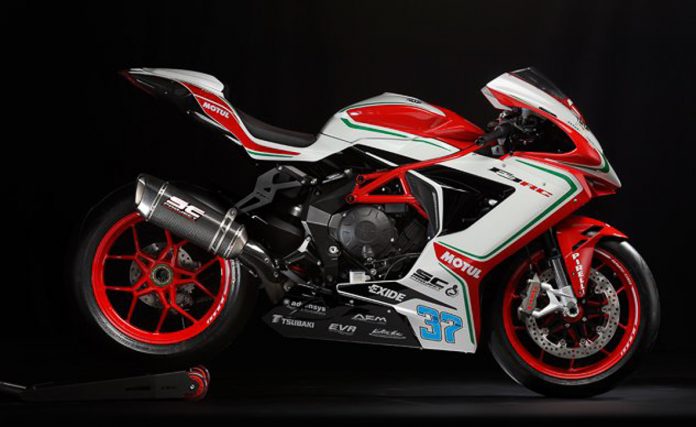 MV Agusta has just announced the latest model in the RC family which is the 2018 MV Agusta F3 RC. 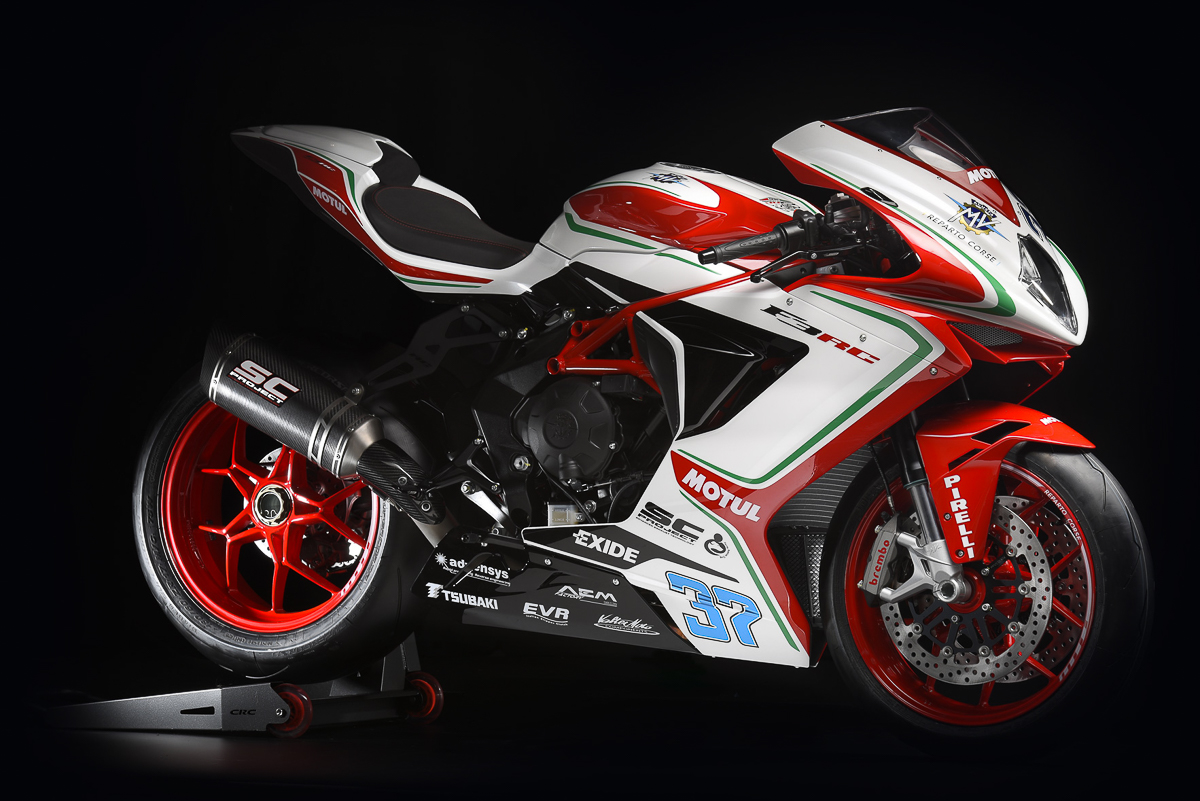 Looks like MV Agusta is on a role here with a number of limited editions planned to be released for the year 2018. The latest one comes in the form of a very, VERY seductive 2018 MV Agusta F3 RC in which we think is the most beautiful F3 we’ve seen yet. 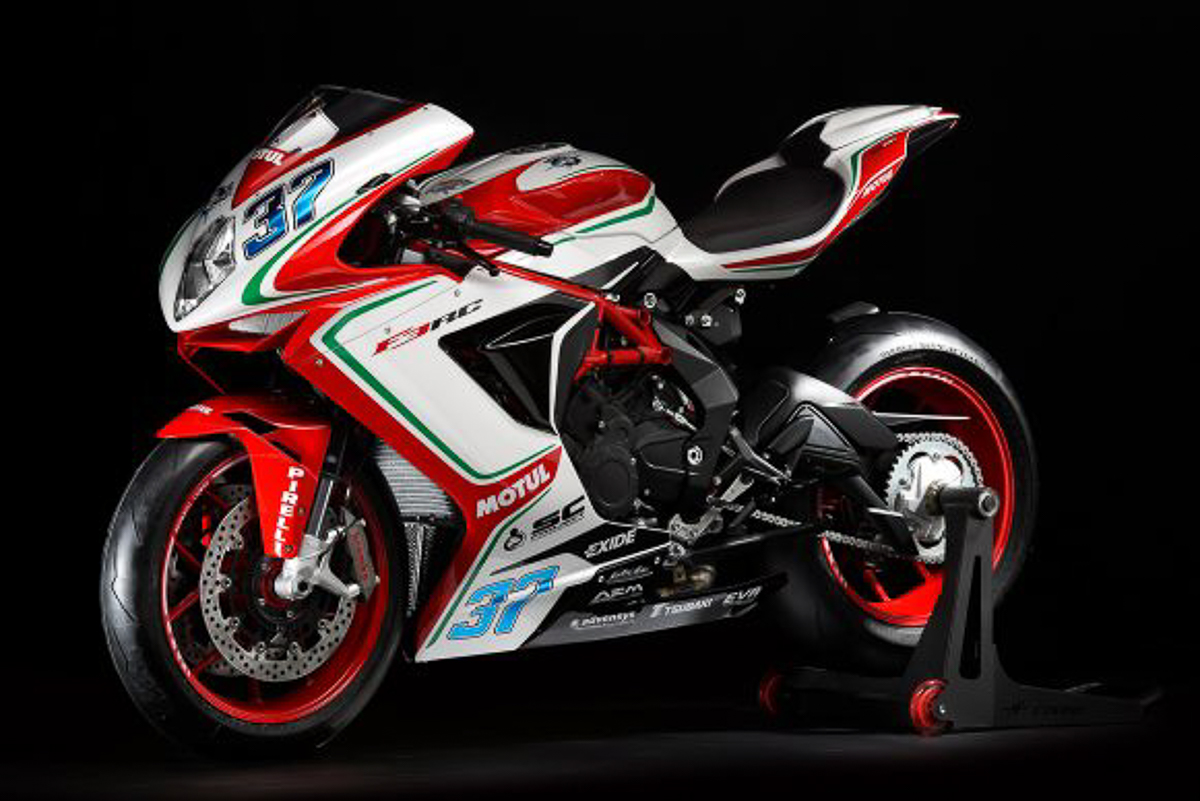 The latest MV Agusta bike to join the limited edition 2018 RC (Reparto Corse) line-up gets all the bells and whistles similar to the other bikes such as the 2018 MV Agusta Brutale 800 RC and MV Agusta F4 RC. The most dominant aspect of this particular range is the WorldSBK replica exterior resembling the brand’s very own MV Agusta Reparto Corse squad in the FIM Superbike World Championship. 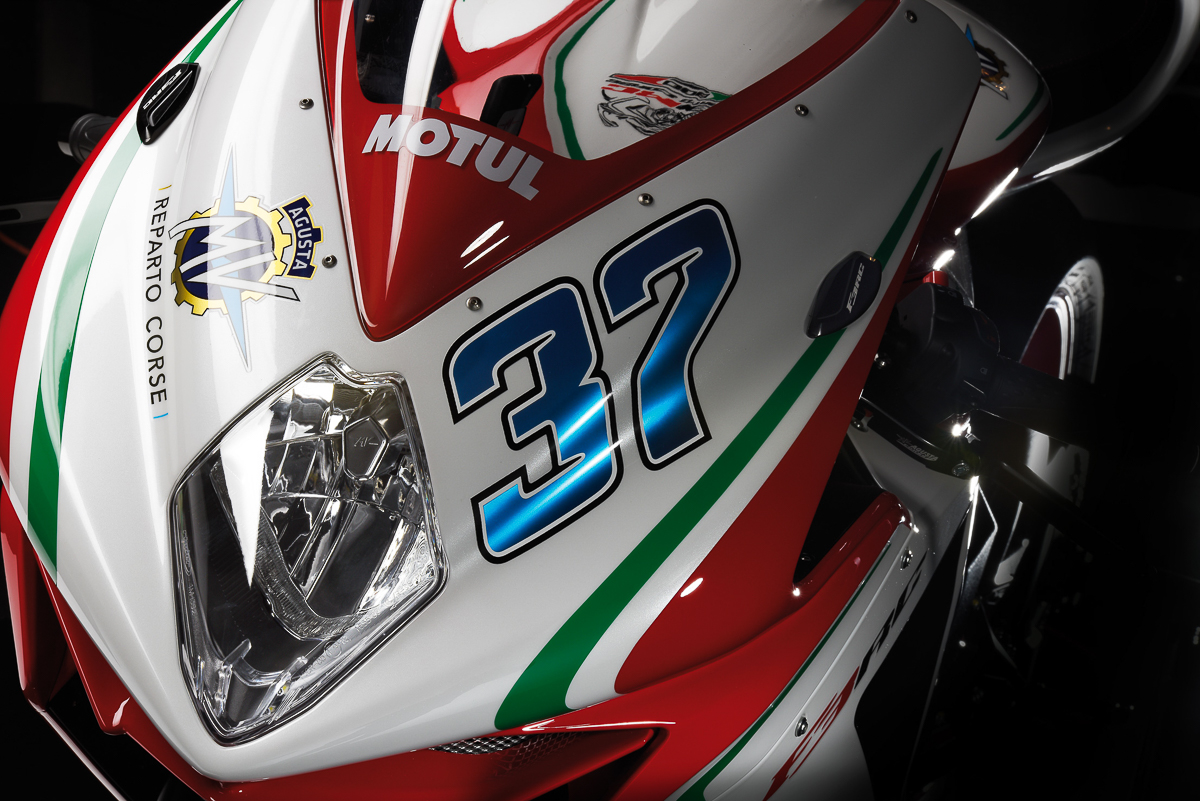 The number 37 is also placed on the middleweight’s design just like the other RC models to resemble the number of championships MV Agusta has won ever since they started their effort in WorldSBK. The manufacturer has also announced that the limited edition RC models will be made available for both the F3 675 and F3 800 models. 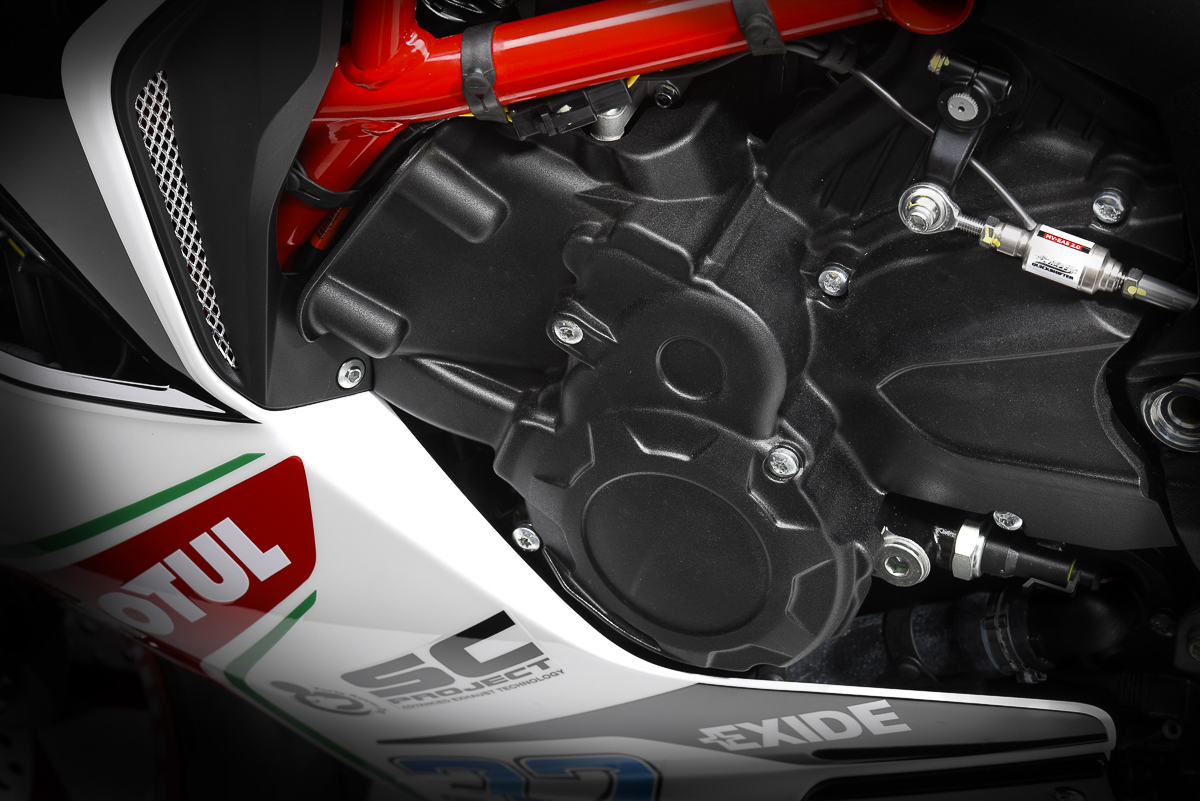 Both the engines on the 675 and 800 have been updated to meet with the Euro4 emission regulations thanks to brand new parts but the power and torque remains as brilliant as ever. The 675 produces 128hp and 71Nm of torque while the 800 pushes out 148hp and 88Nm of torque. Other new parts include a redesigned gearbox, exhaust manifolds and if you opt for the special RC race-only kit with a very sexy side can exhaust. 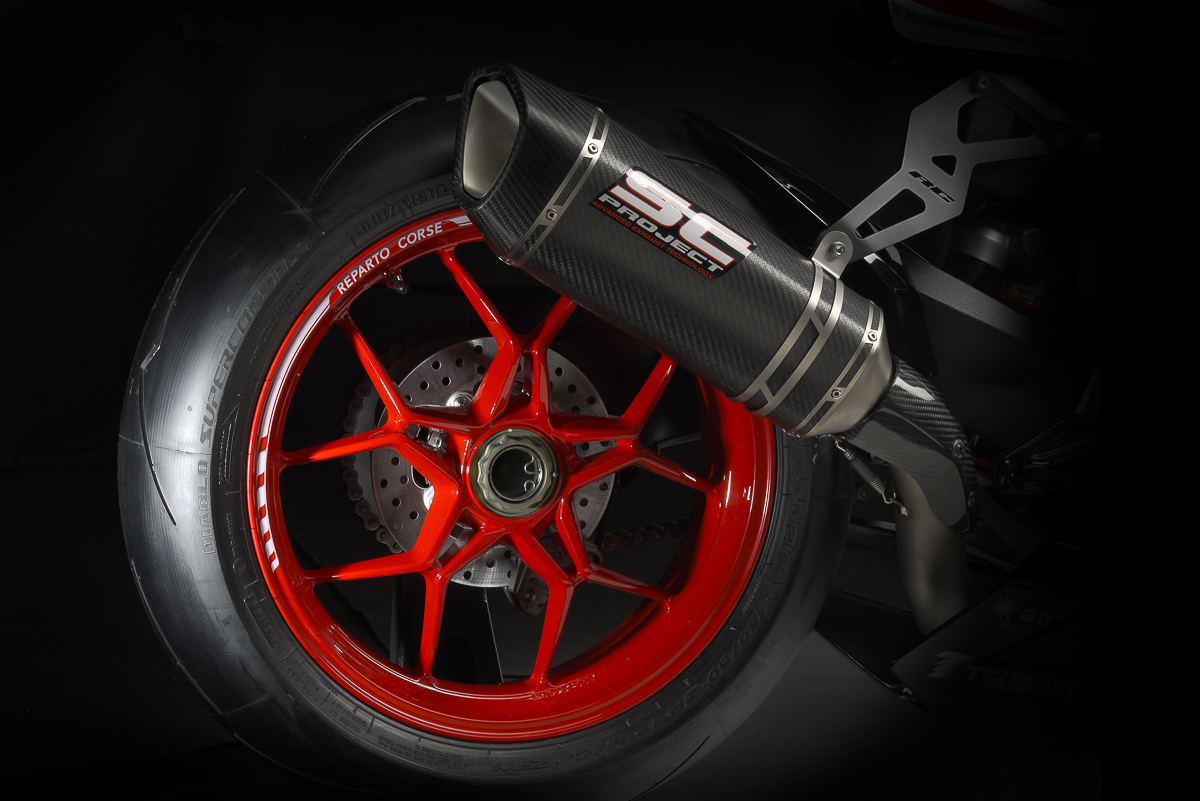 Extensively developed from the racing division, the street bikes benefited from all these with the additions of MVICS (Motor & Vehicle Integrated Control System), redesigned Ride-by-Wire, new engine mappings, revised traction control, and electronically-assisted gear up and downshifts just to name a few. 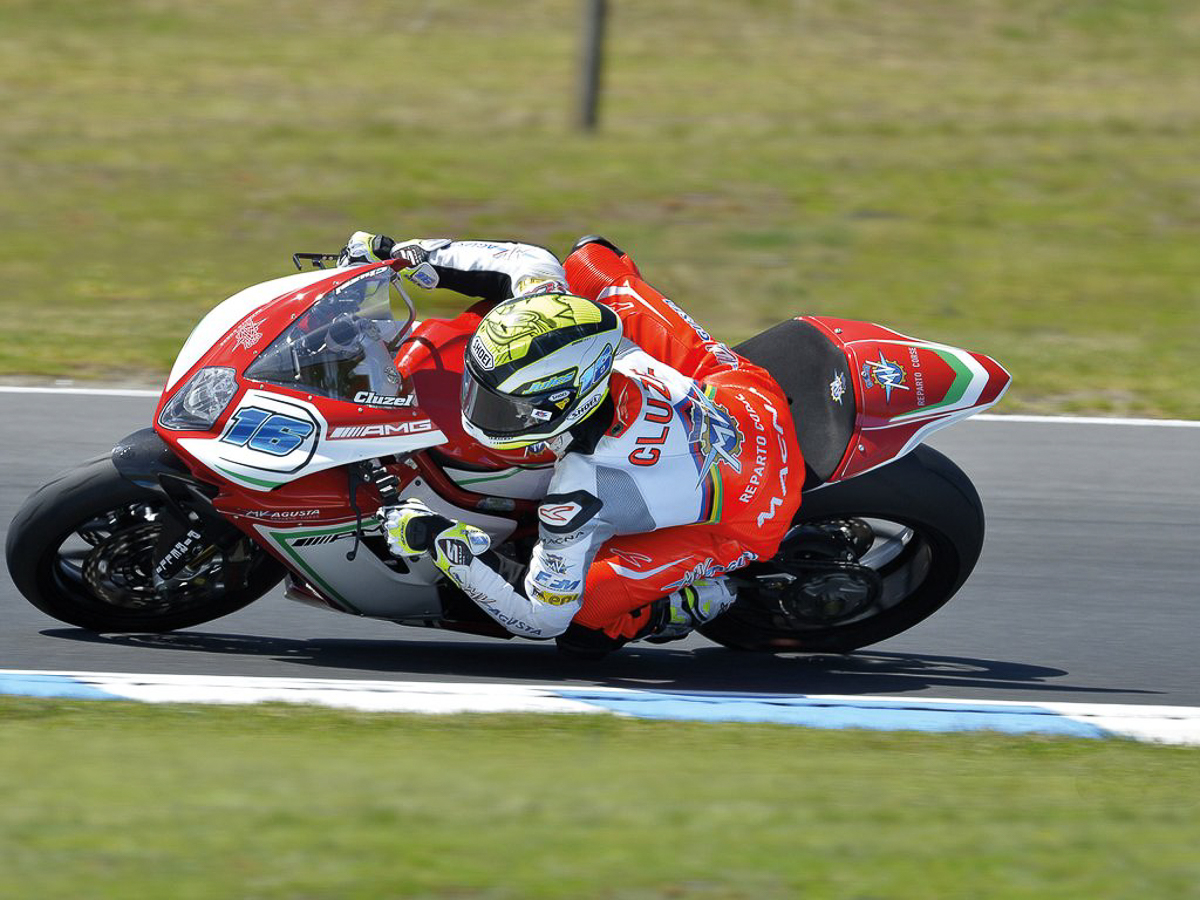 No news on the pricing and availability in Malaysia just yet but for the North American market, the FC 675 and 800 have been priced at $19,998 and $21,998 (RM81,541 and  RM89,696) respectively. All we know is that we’ve been in love with the F3 as long as we can remember and that side can exhaust is indeed a delicious icing on the cake. A very fast and exciting cake.