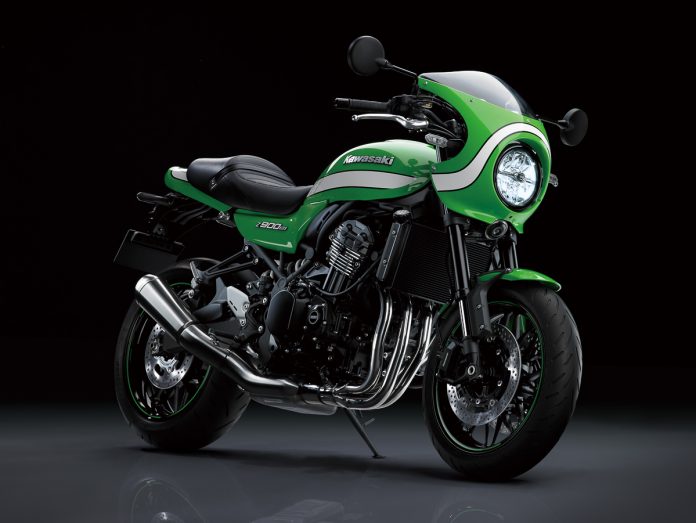 2018 has marked the return of Kawasaki modern classic motorcycles with the introduction of the 2018 Kawasaki Z900 RS and Z900 RS CAFE.

After years of having the Kawasaki W900 as their only heritage option, Kawasaki returns with two of the most anticipated modern classic bikes for 2018.

Both the Z900 RS and Z900 RS CAFE are expected to show up across showrooms worldwide early next year. 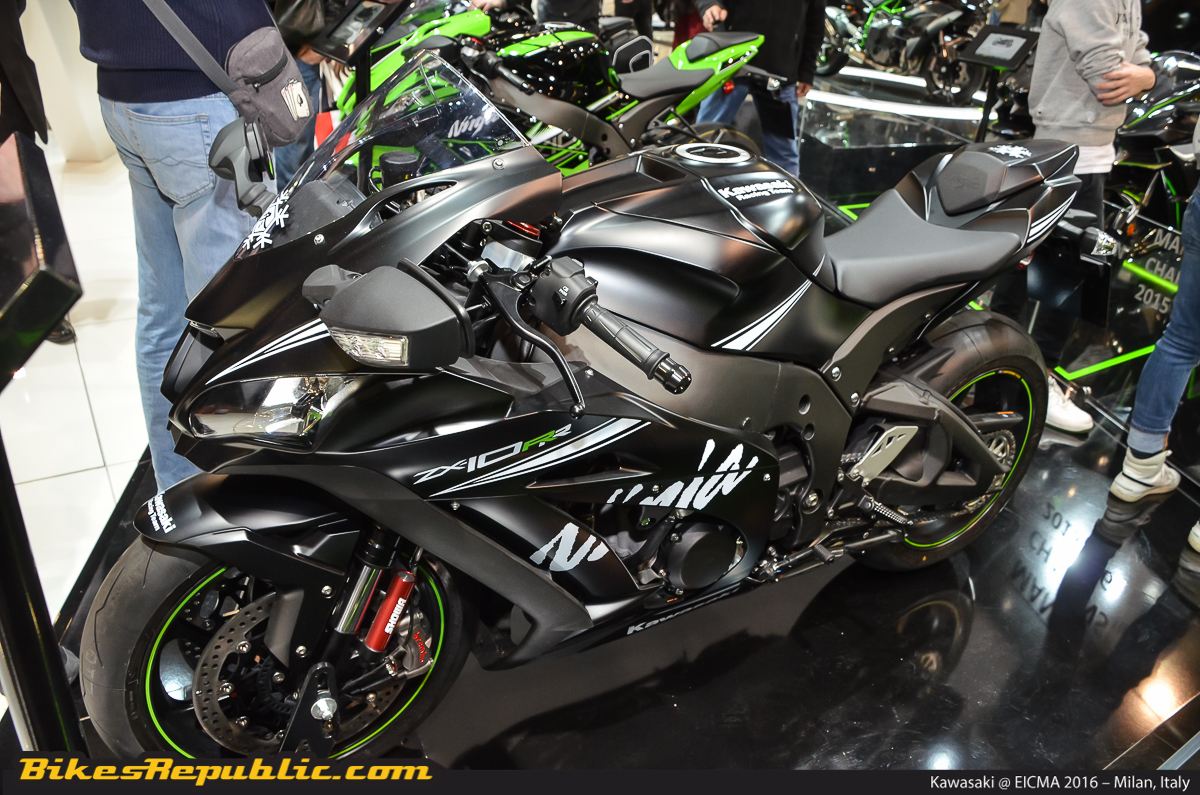 The past decade has shown that Japanese company Kawasaki proving itself as one of the major powerhouses of the world when it comes to manufacturing motorcycles. Not only do they have one of the most diverse selection of motorcycles that’ll cater to any motorcycle enthusiast but also some of the best the world has ever seen. 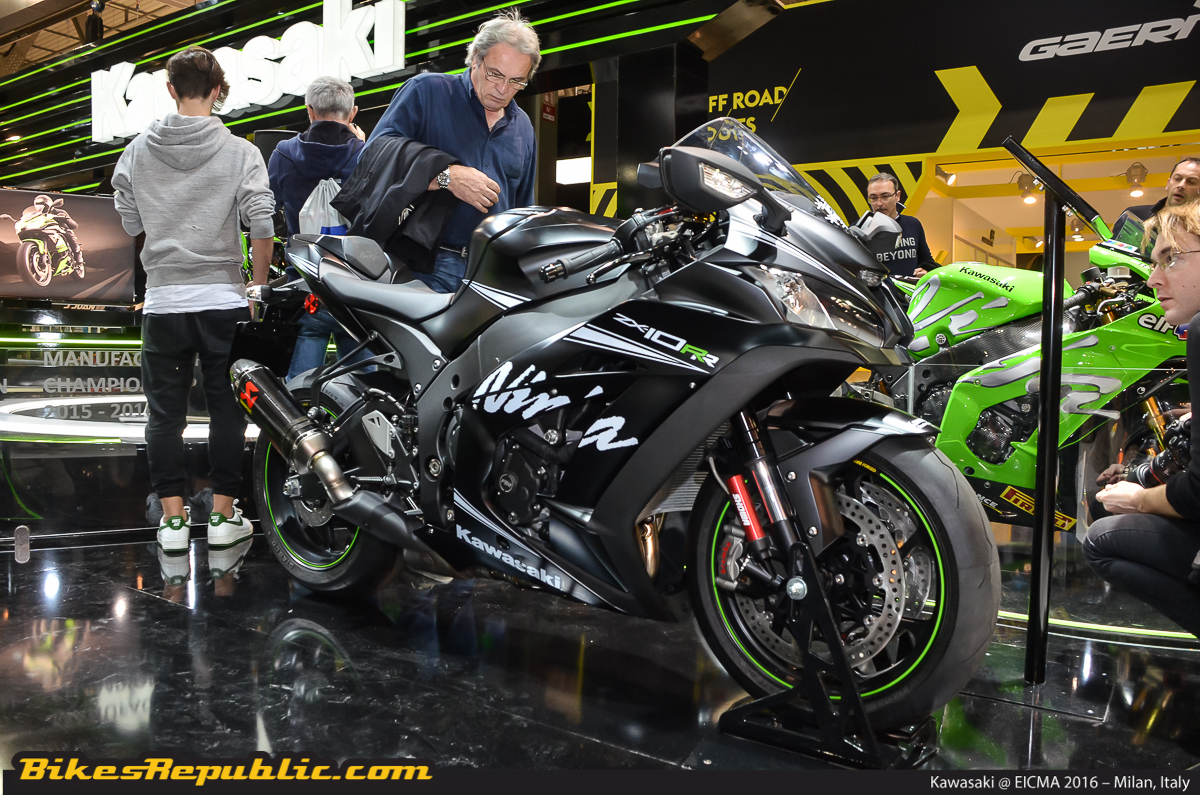 Just take a look at their sports bike segment, the Ninja. Available from 250cc all the way to 1,400cc, there’s a Ninja for anyone and everyone. To know more about the Kawasaki Ninja sports bike series, CLICK HERE. 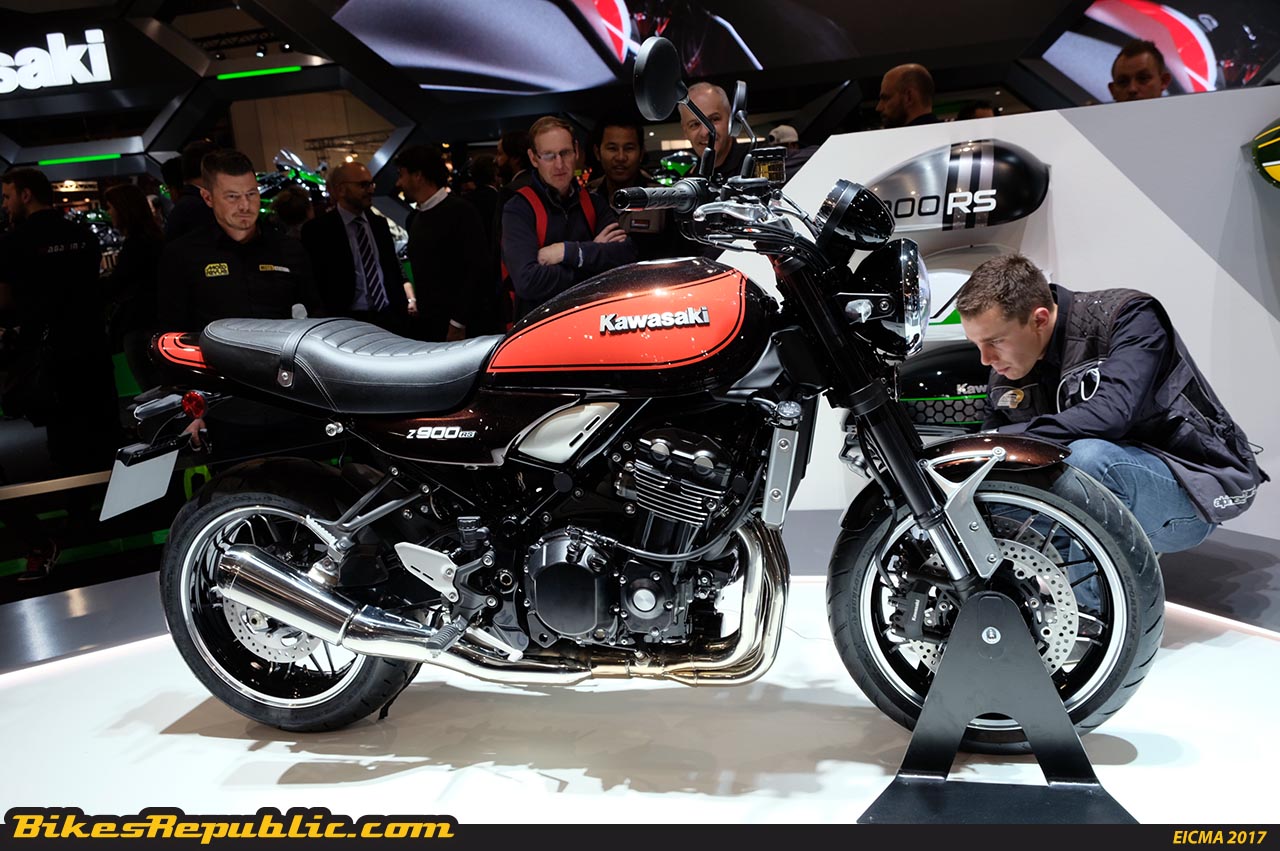 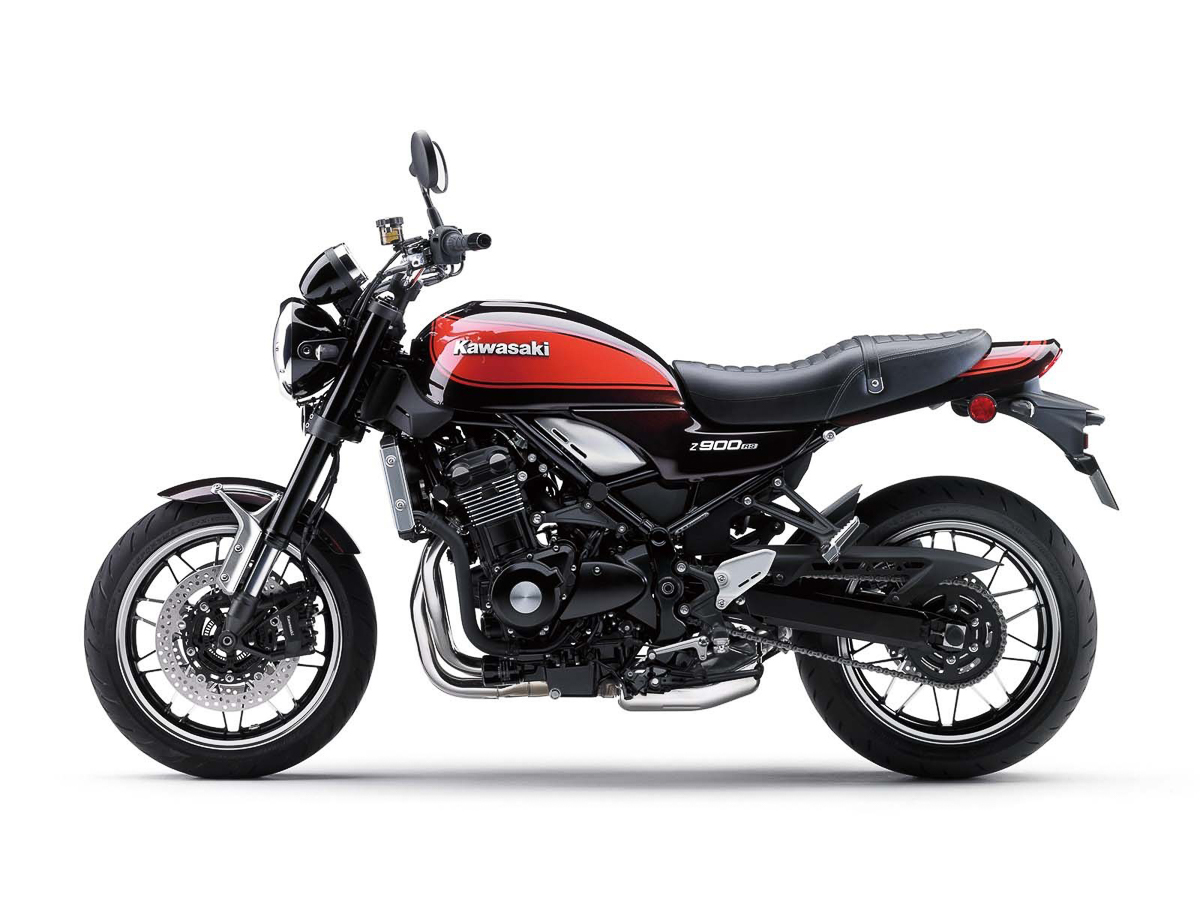 Heavily inspired by the legendary Kawasaki Z1 from the 1970s, the Kawasaki Z900 RS was previously introduced during the 2017 Tokyo Motor Show which captured the world by storm. When it comes to a bike that portrays the true spirit of Kawasaki’s heritage, there’s no better bike than the Z900 RS. 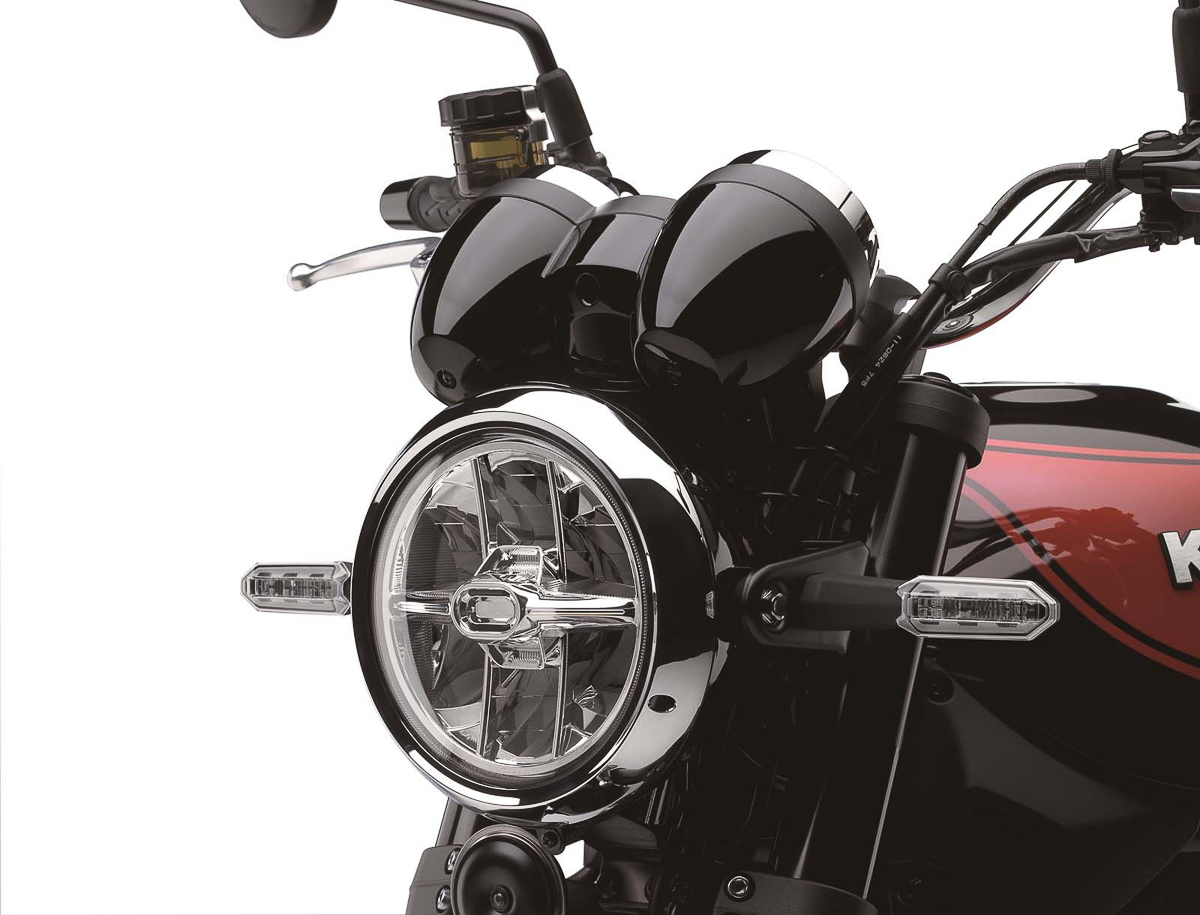 Apart from all its smooth and classic lines, the Z900 RS comes equipped with the same engine found on the naked 2017 Kawasaki Z900 ABS which is the 948cc, inline-four, liquid-cooled engine. After some refinements, the Z900 RS produces 109hp at 8,500rpm and 98.5Nm of maximum torque at 6,500rpm. Pretty powerful for a modern classic. 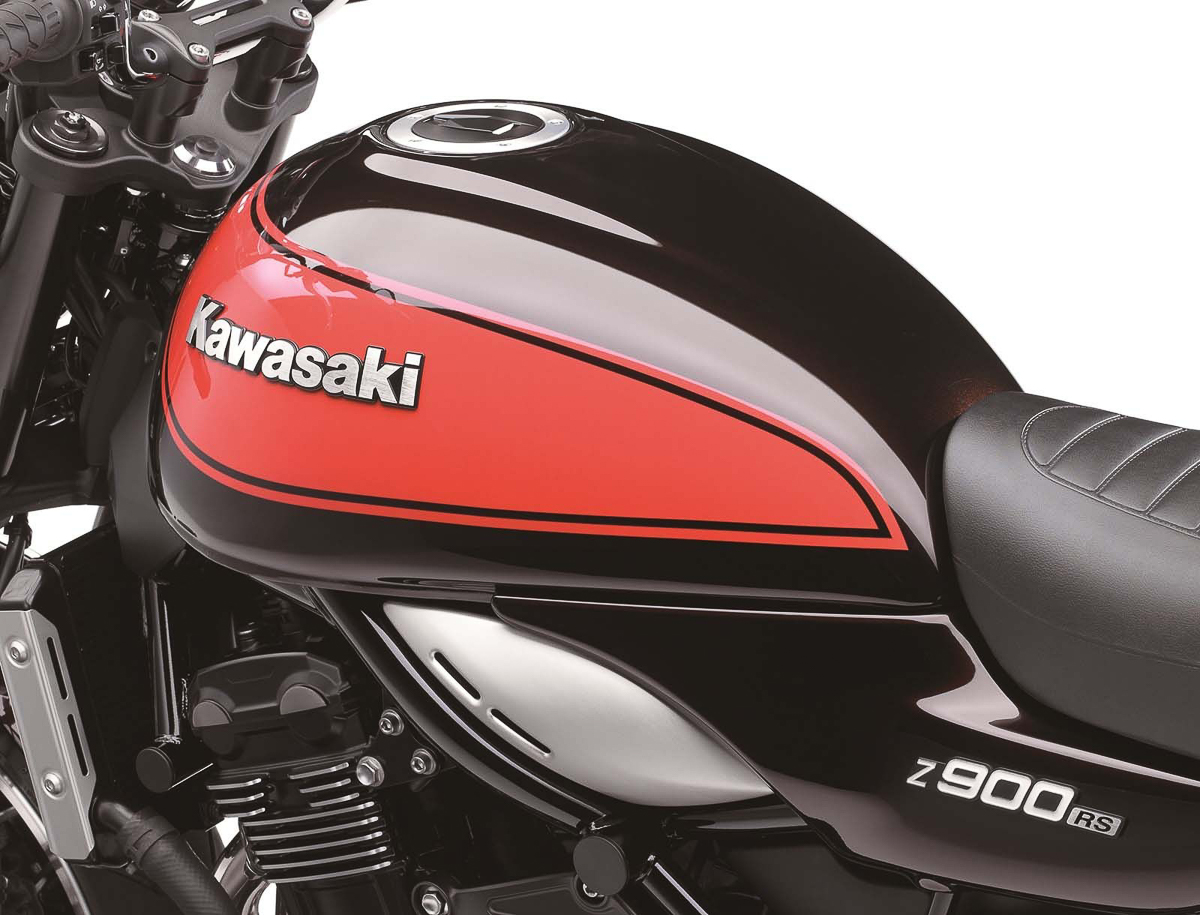 With its timeless overall look from its teardrop fuel tank to oval-shaped headlamps, the Z900 RS has been taken into the future with specifications such as assist and slipper clutch, Kawasaki Traction Control (KTRC), lightweight trellis frame, ERGO FIT seats to accommodate riders of different height and many more.

To check out the complete specification of the 2018 Kawasaki Z900 RS, CLICK HERE.

If you’re looking for something that’ll make a bold statement anywhere and everywhere you go, one of the best ways to do so is to arrive at your destination on board the 2018 Kawasaki Z900 RS CAFE. Unveiled during the EICMA motorcycle show in Milan just last month, this is one of a few bikes that rightfully stole the show. 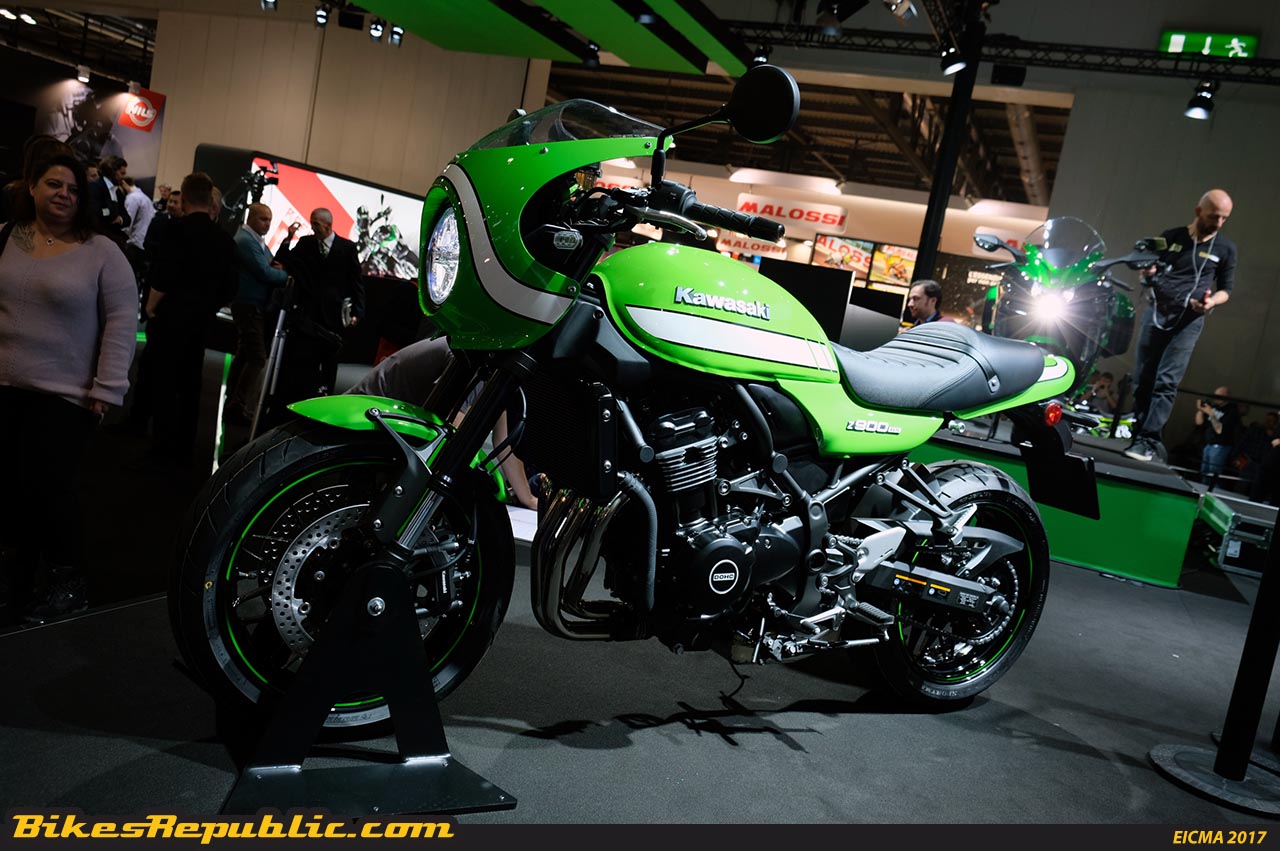 Taking the already impressive Z900 RS as the base, Kawasaki injected a huge dose of cafe racer into the mix and the result is simply stunning. From the low black handlebar to its sleek cowling design, it is a breath of fresh air in the world of cafe racers.

With dual-dial instrumentation coupled with a multi-function LCD screen, it’s the perfect balance between retro-styling appeals and modern functionality. Kawasaki has taken the modern retro vibe to an entirely new level all the way down to the wheels with the Z900 RS CAFE’s spoke-style cast wheels. 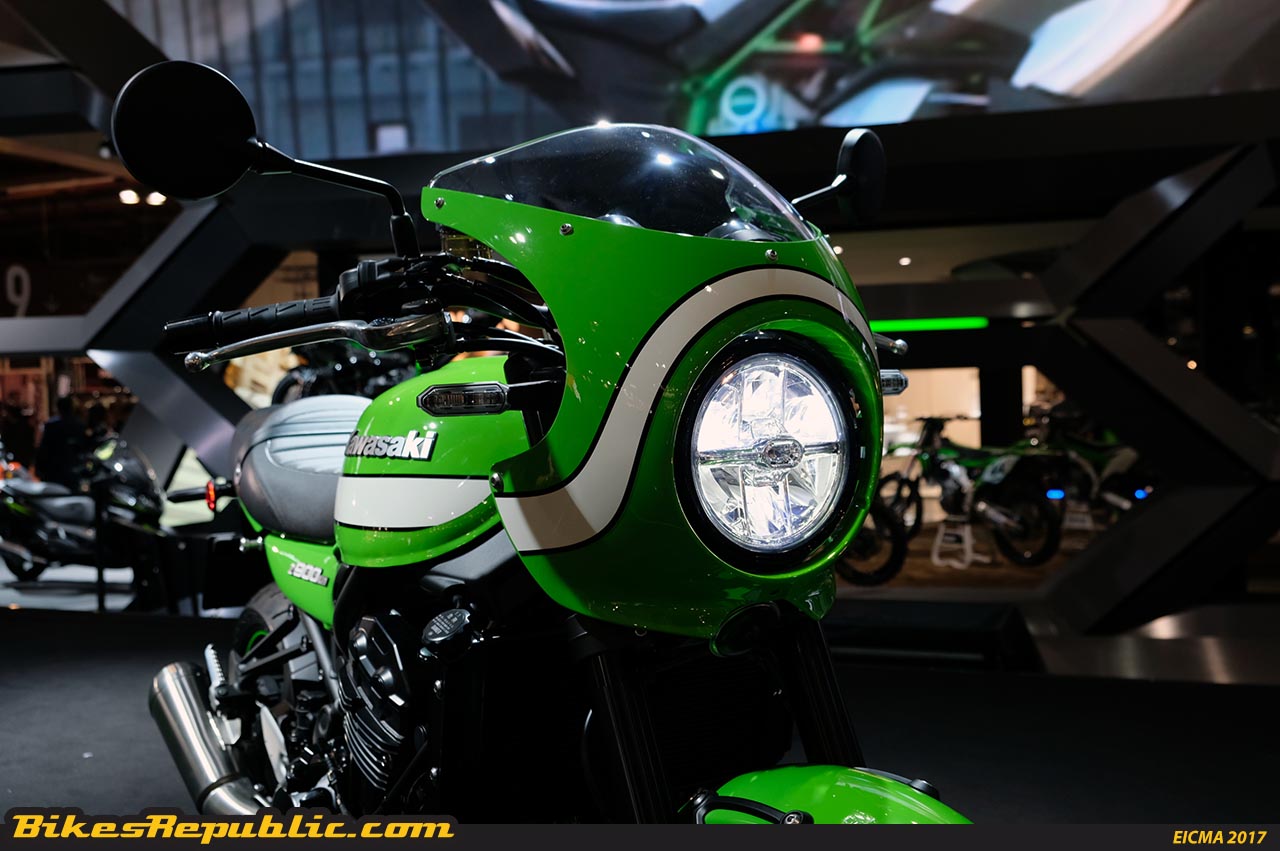 To tie everything together, Kawasaki made the right choice with its ‘Vintage Lime Green’ colour scheme. This is indeed one of the best paint jobs we’ve seen at this year’s EICMA show that highlights all the bike’s major features including its powerful yet clean 948cc, inline-four, liquid-cooled engine paired with brushed satin finish exhaust. 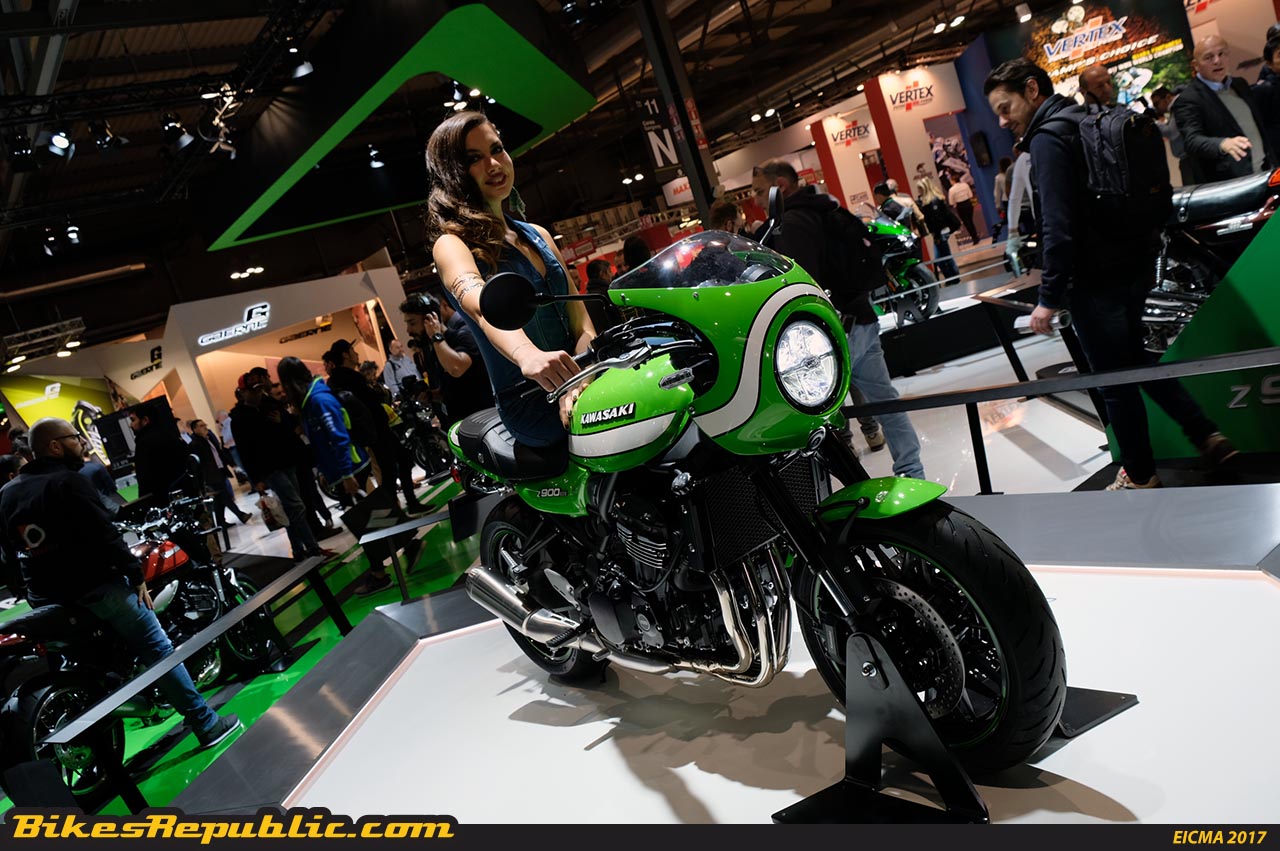 After years of offering the Kawasaki W800 (already discontinued) as their one and only modern classic option in their entire bike line-up, a lot of us were wondering whether Kawasaki has forgotten about their heritage. We we’re dead wrong.

Upon witnessing the introduction of the Kawasaki Z900 RS and Z900 RS CAFE, we now know that good things take time and come 2018, it’ll be quite a special time to truly “let the good times roll.”