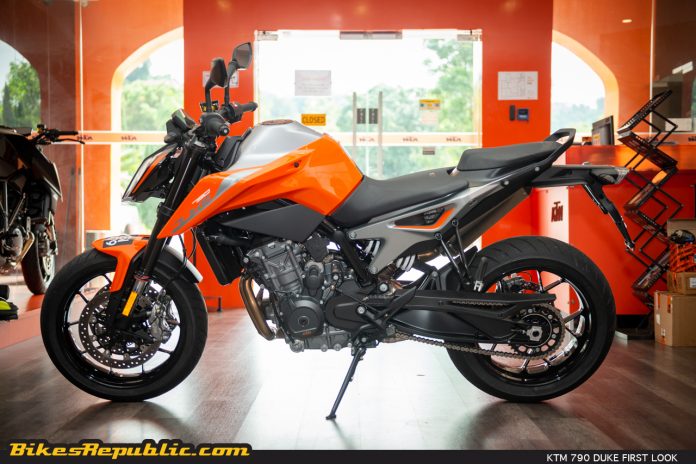 KTM had hit pay dirt with 690 Duke since its introduction in 2012. But since the middleweight market had grown to sub-800cc engine capacities, it is time KTM continue that legacy with the 790 Duke. 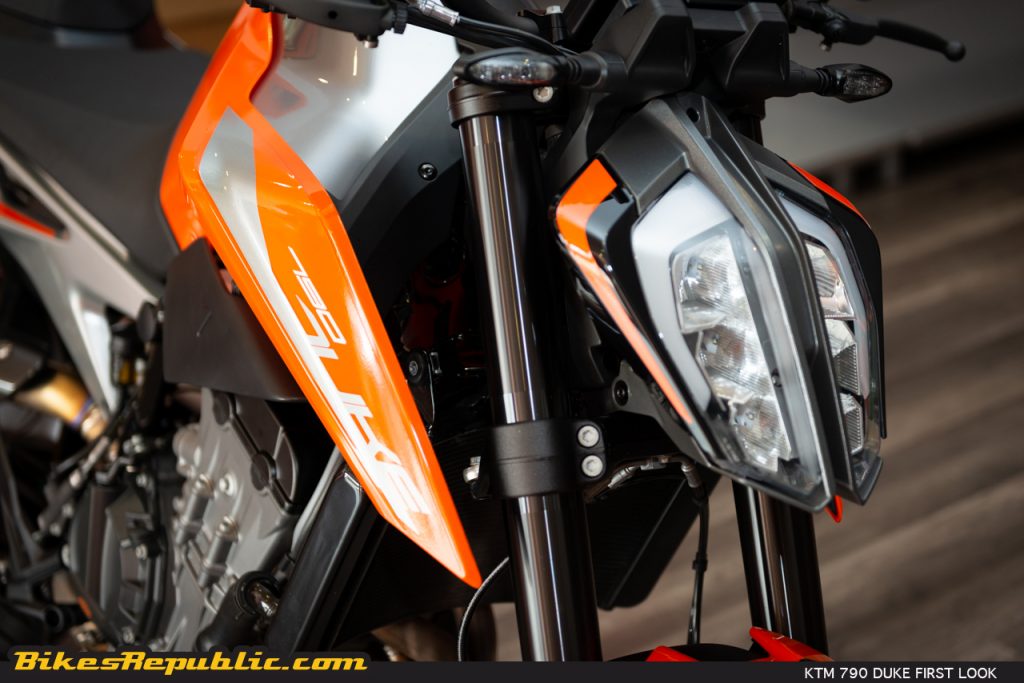 KTM had pumped in large resources into developing the 2018 KTM 790 Duke. Hence, it took four years and some 18 prototypes to get it right.

But here it is, “The Scalpel” has arrived on our shores and Bikes Republic were able to have a first look. Also, please click on the link below for pricing and other details of the bike.

In creating the bike, the giant Austrian manufacturer looked long and hard at a number of criteria. The new bike has to do well as an everyday commuter, a weekend canyon carver and must embody KTM’s READY TO RACE spirit hence be track-ready. Not an easy task.

As such, it has to combine the lightness and agility of a single-cylinder (i.e. 690 Duke) and the immediate punch of a Twin. 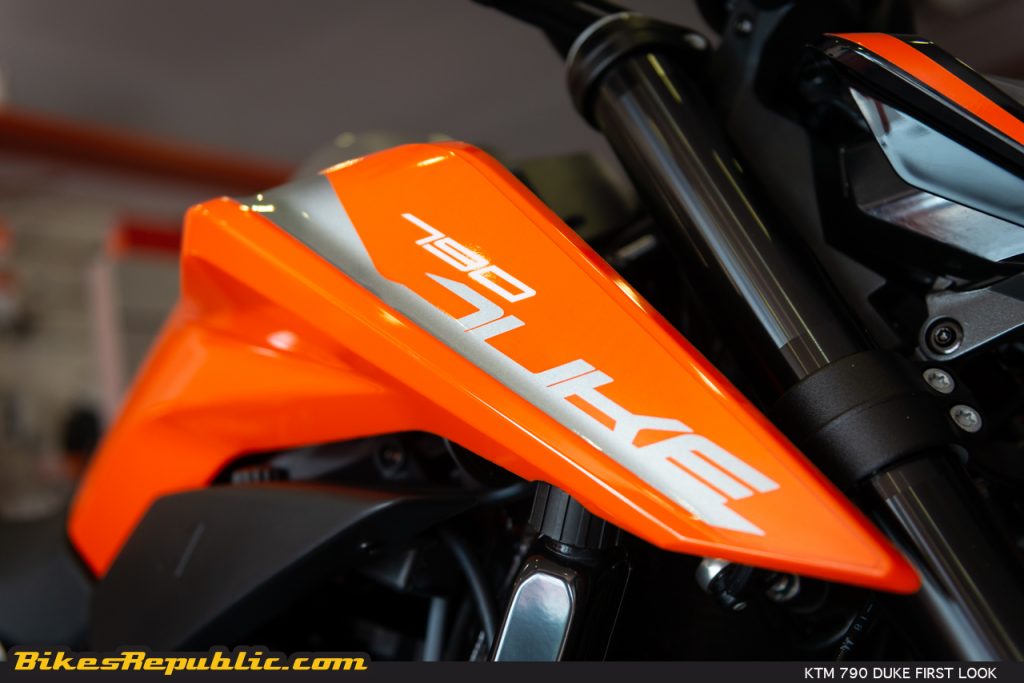 Their solution was groundbreaking in their history. In order to achieve the above brief, KTM created an all-new parallel-Twin which they call the LC8c (liquid-cooled, 8-valve, compact). A parallel-Twin (or all inline engines for that matter) is the best compromise between weight-savings, compactness and power. 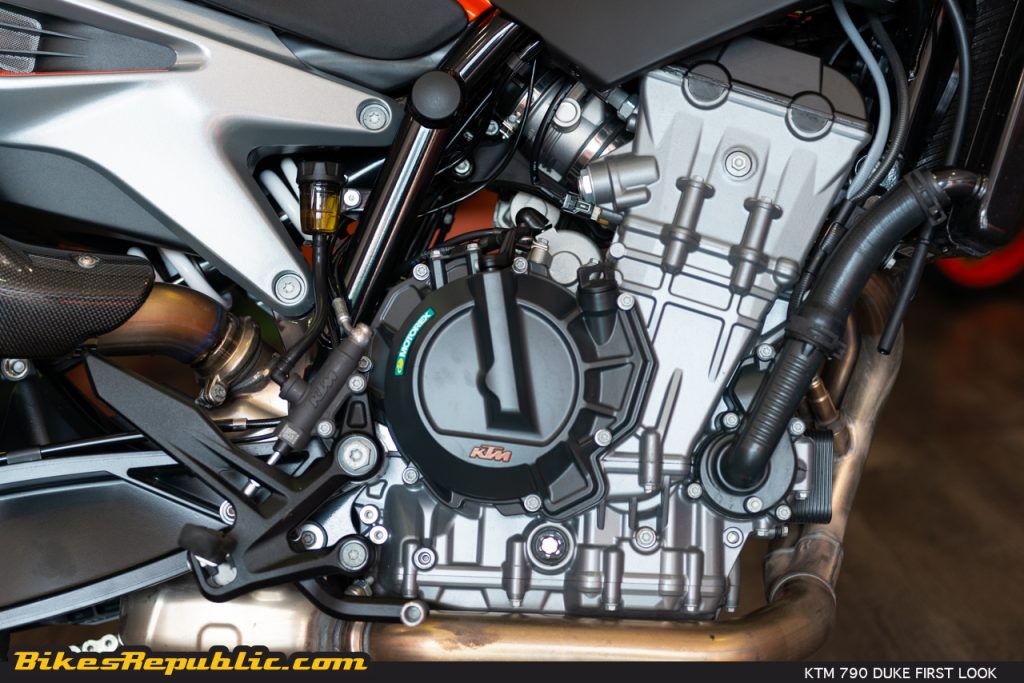 Please indulge us: A single-cylinder engine is fast-revving but will be too high-strung and vibey if its performance is pushed to the edge of its envelope. On the other hand, a V-Twin like KTM’s 1290 flagship models are powerful but the Vee-angle of the cylinders needs more space fore-to-aft, heavier and are more complex. The 1301cc 75-degree V-Twins are fine in the big bikes as those bikes are meant to be graced with 160 to 180 bhp. Additionally, since a “wide” V-Twin engine is longer, the swingarm had be to made shorter in order to compensate for the quest to achieve an overall short wheelbase. Remember, a shorter wheelbase promotes agility. 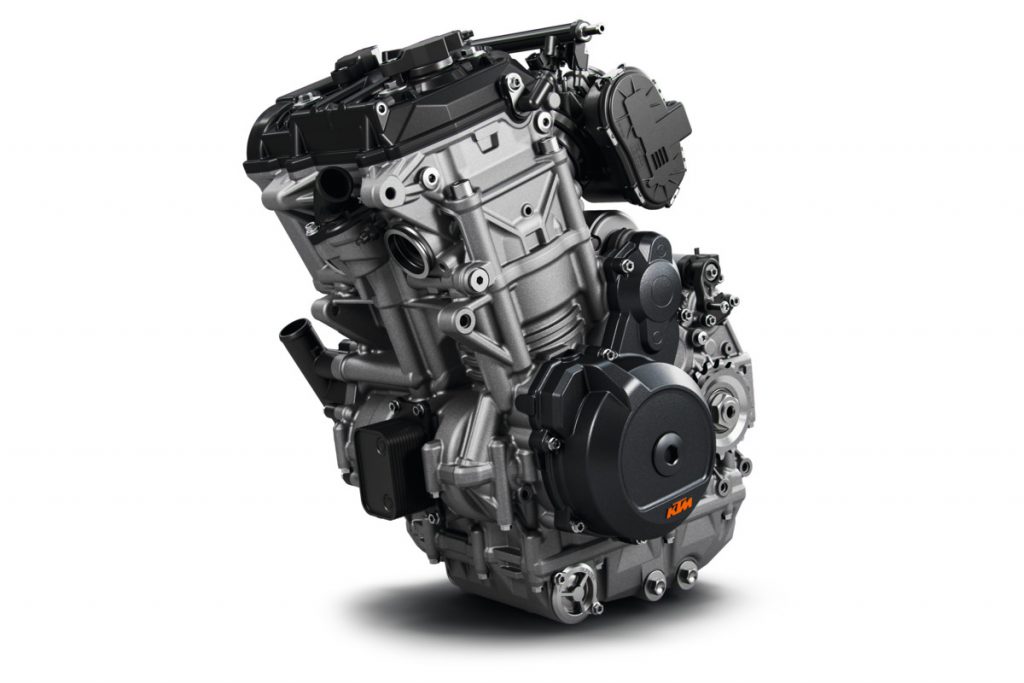 Therefore, the LC8c is one of the most compact engines around. The compactness allows for an overall lighter bike, optimal engine placement in the frame for likewise optimal weight distribution, and the swingarm could be made longer (for better road-holding and stability) while still achieving a shorter wheelbase.

To quell engine vibrations, KTM engineers gave the LC8c two counterbalancers: One in its customary position front of the crankshaft and the other between the cams. 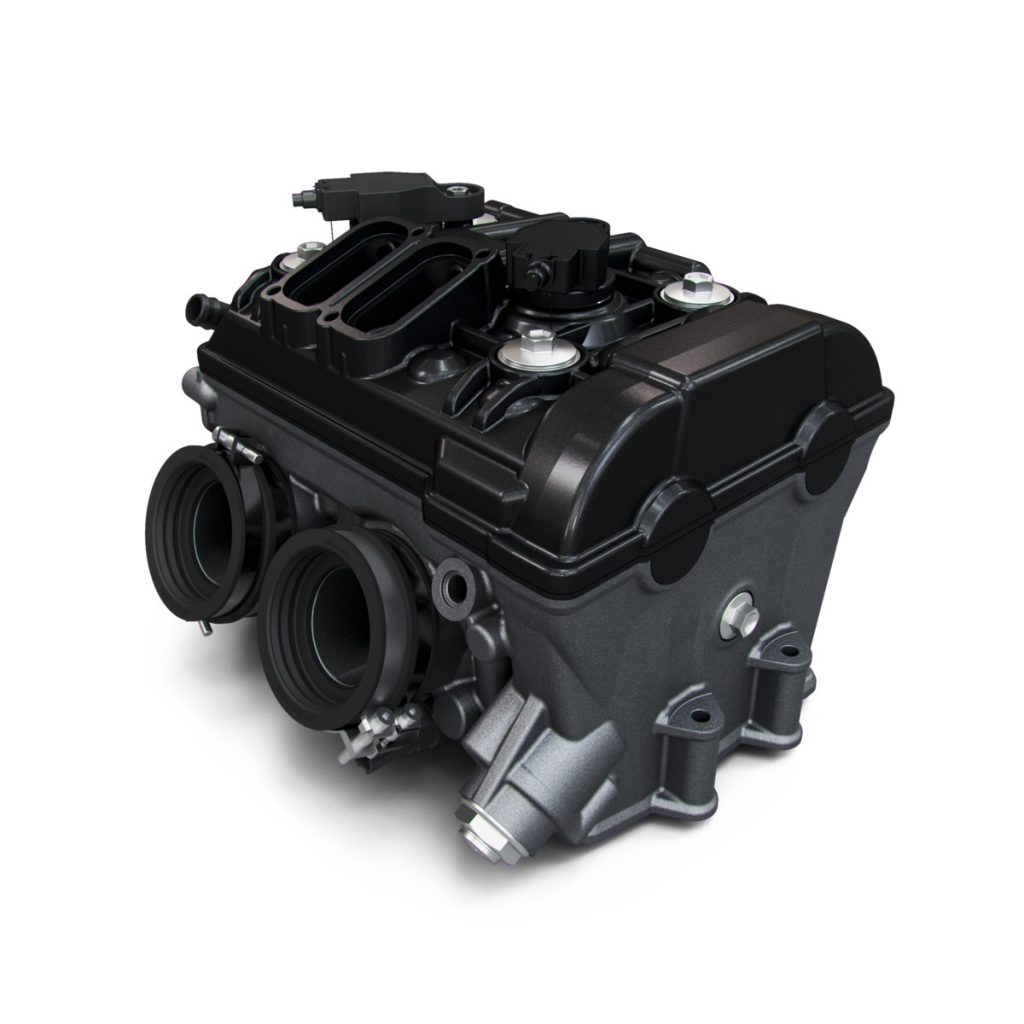 Speaking of cams, they are assembled instead of one-piece forged units for more weight savings. The lifters’ finger followers are coated with DLC (diamond-like coating) for longevity.

Making our way down, the clutch system uses KTM’s signature PASC (Power and Assist Slipper Clutch). As the name suggests, the clutch plates are forced together harder during acceleration allowing the rider to operate the lever with just one finger, while the slipper function separate the plates under hard deceleration of overly excited (or panicky) downshifting to eliminate rear wheel hop or locking up. 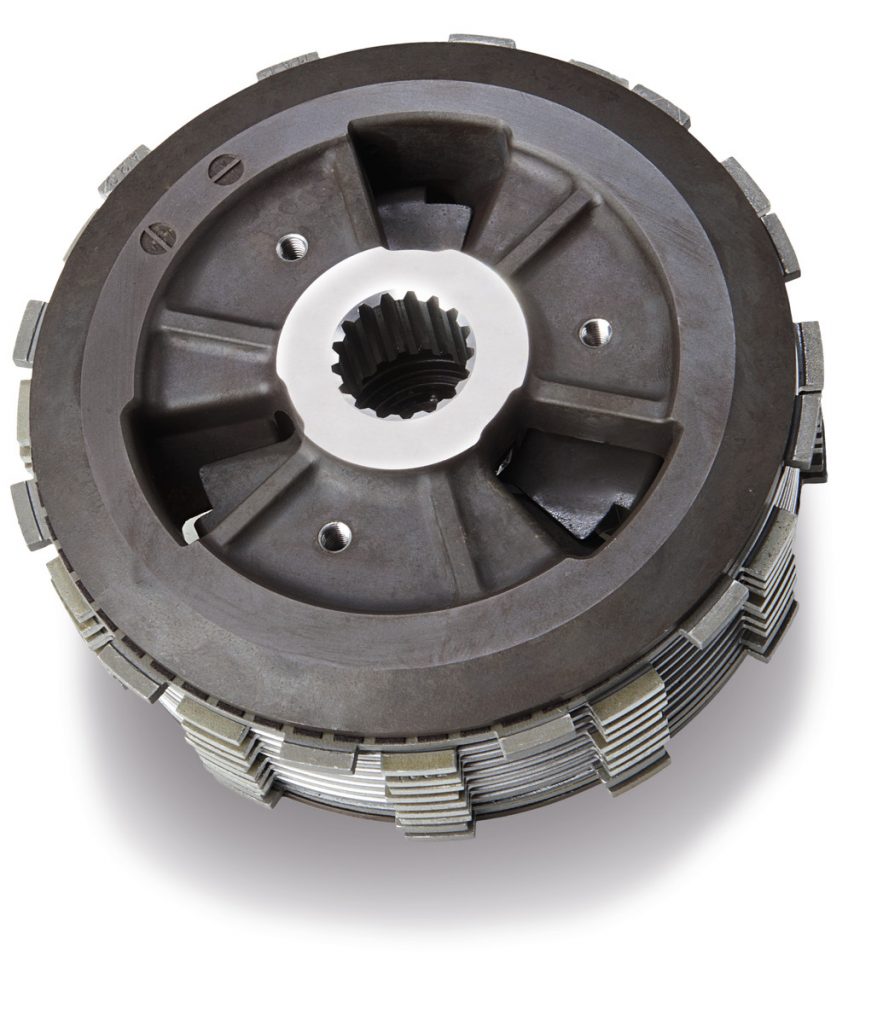 In the chassis department, the all-new chrome-molybdenum tube frame is laser-cut and robot-welded for close tolerances. Unlike the steel ladder frames of other KTMs, the 790 Duke’s frame features a beam on either side on top of the engine, while another two extends downwards to hold the front of the engine. This design is strong, simple and lightweight; in fact, this new frame is the among the lightest of all current production motorcycles of the same class. The steering geometry is kept at an aggressive 24 degrees. 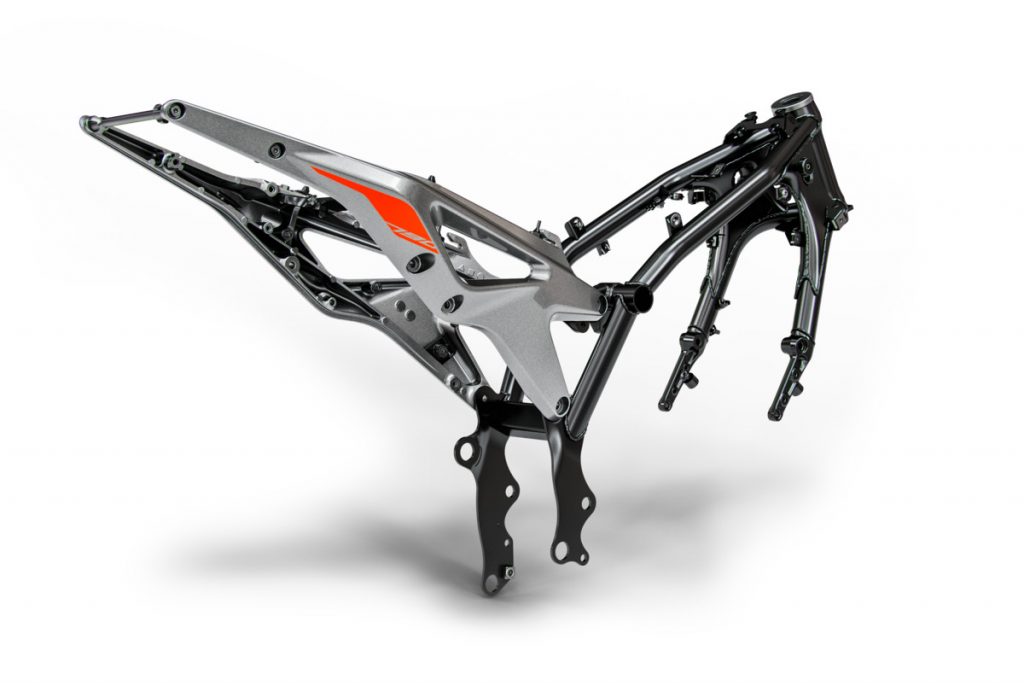 The subframe is a single piece cast aluminium unit. This is where the airbox is located, akin to KTM’s dirtbikes. Positioning the airbox here has two benefits: 1) Intake air is removed from engine heat, and 2) The fuel tank is lower for better centre of gravity. KTM have also designed this subframe to allow for a lower seat height of only 825 mm. 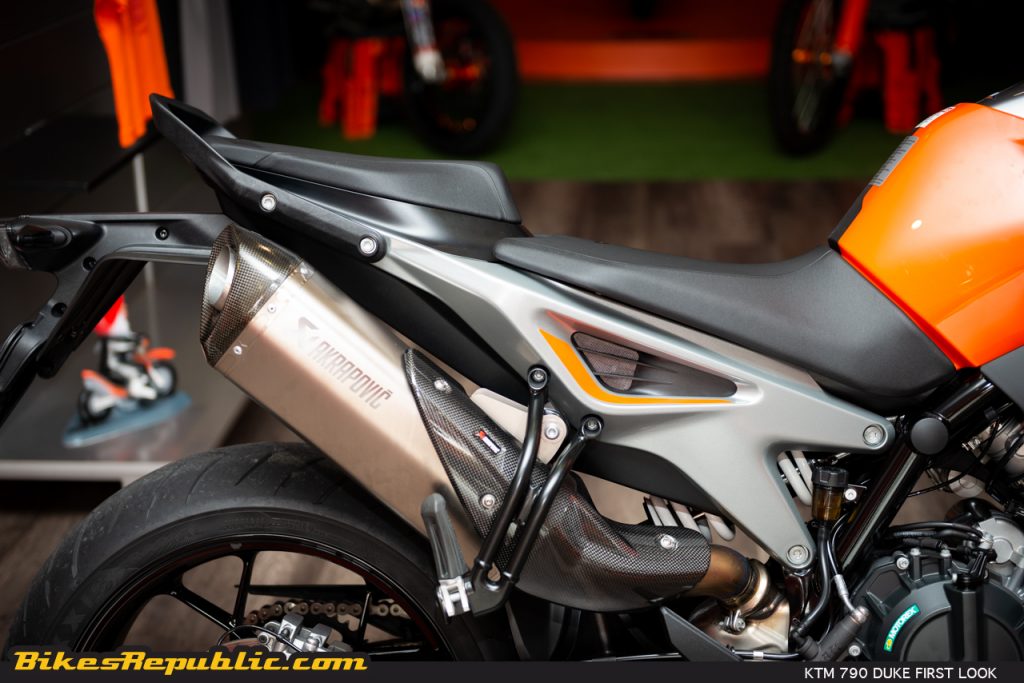 As we mentioned earlier, the swingarm is much longer. However, it is still a die-cast, open-lattice design we have grown accustomed to on other KTMs. 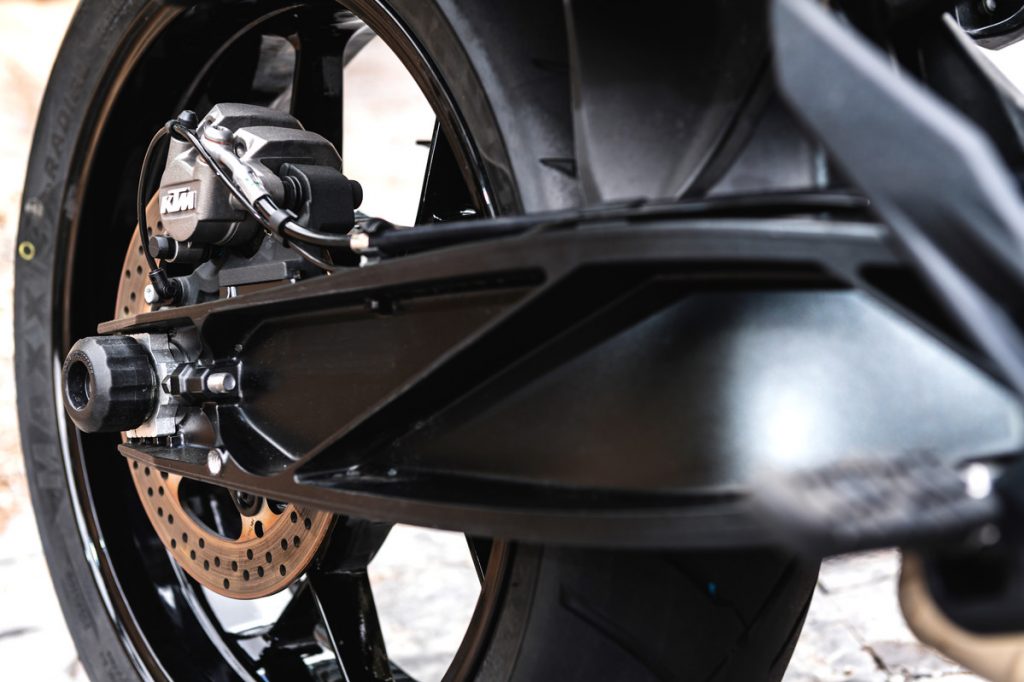 Moving on to the suspension, the forks are 43 mm open-cartridge WP Suspension. The compression and rebound damping duties are performed by separate fork legs, while the springs are progressive. The rear shock absorber is also by WP and is gas-assisted. 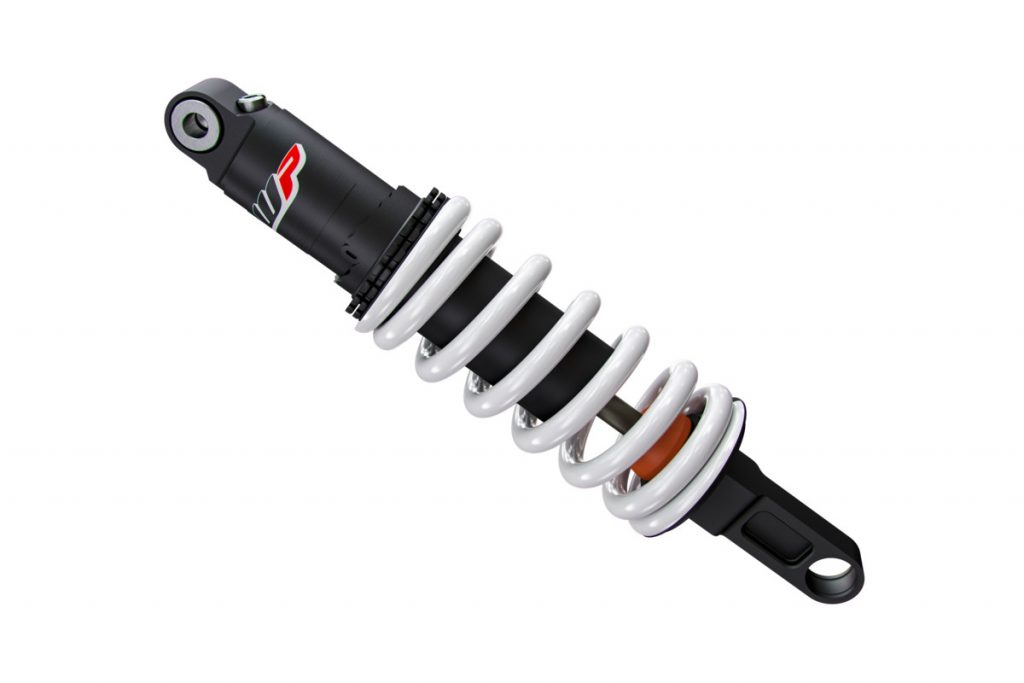 The front brakes are two 300 mm discs clamped by 4-piston radially-mounted calipers. These calipers were specifically developed for the 790 Duke. 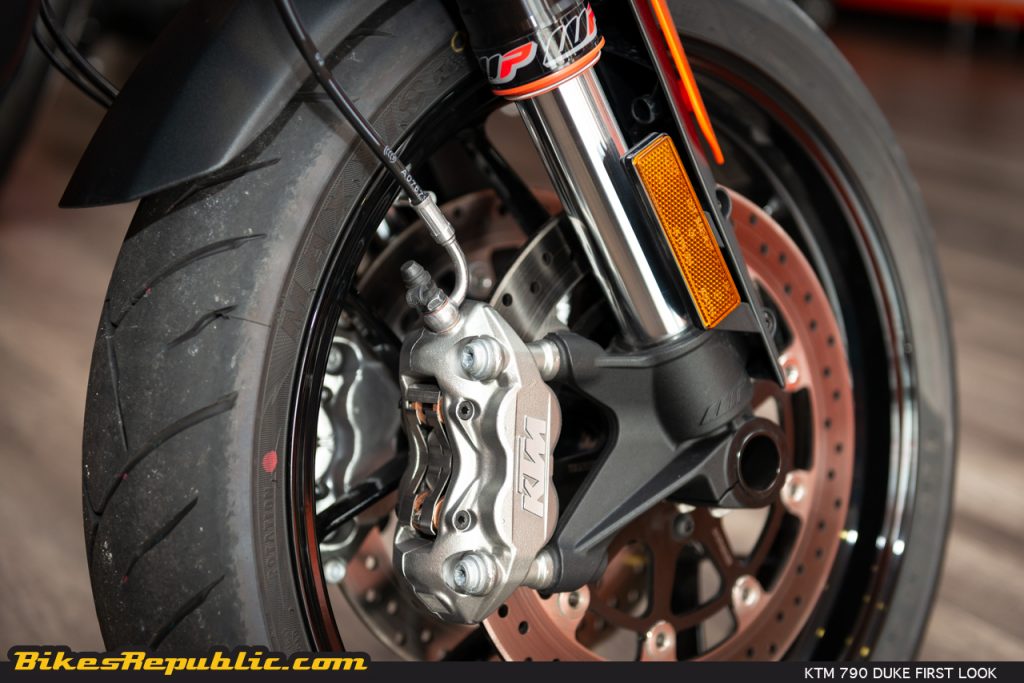 As for the electronics, the 790 Duke boasts a full complement of rider aids. Along with the Ride-by-Wire throttle, the bike has four ride modes i.e. RAIN, STREET, SPORT and TRACK. In TRACK mode, the rider could adjust his preferred level of throttle response among STREET, SPORT, TRACK; turn anti-wheelie and launch control ON/OFF; and traction control level. 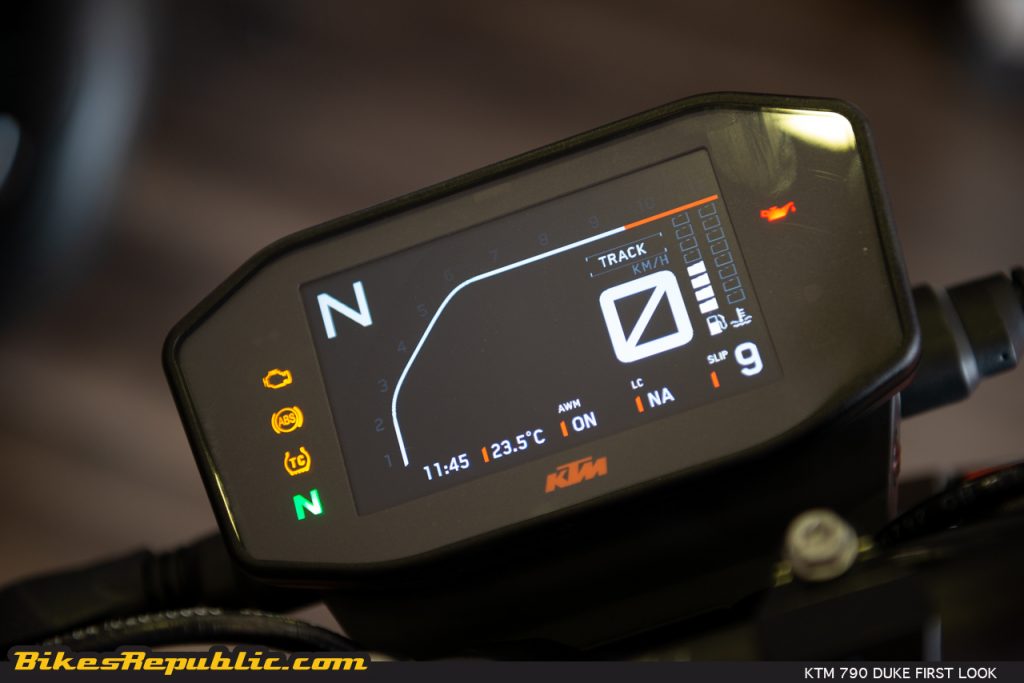 Other rider electronic rider assistance include Motor Slip Regulation (MSR) which complements the slipper clutch to deliver controllable hard deceleration; Motorcycle Stability Control (MSC) with Cornering ABS; Supermoto mode which turns off the rear wheel’s ABS to allow drifting; and Quick Shifter+ which works for both upshifts and downshifts with auto-blip function. All these functions are equipped as standard and only the KTM MY RIDE function is optional. 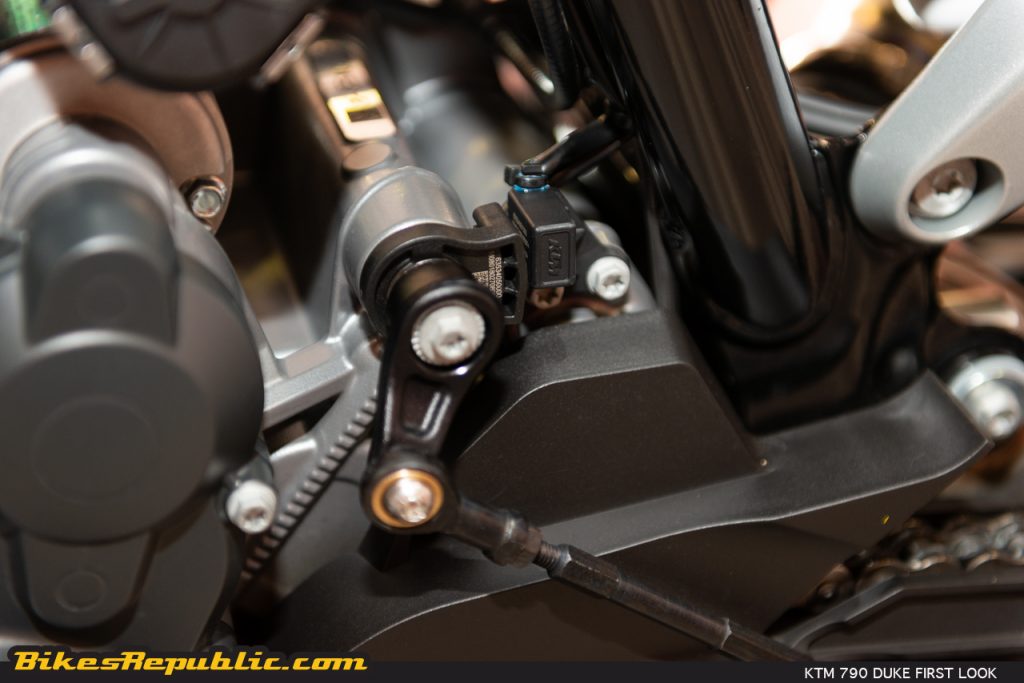 Judging from the list of impressive features, the 800cc middleweight segment is about to heat up. Stay tuned for our full review! 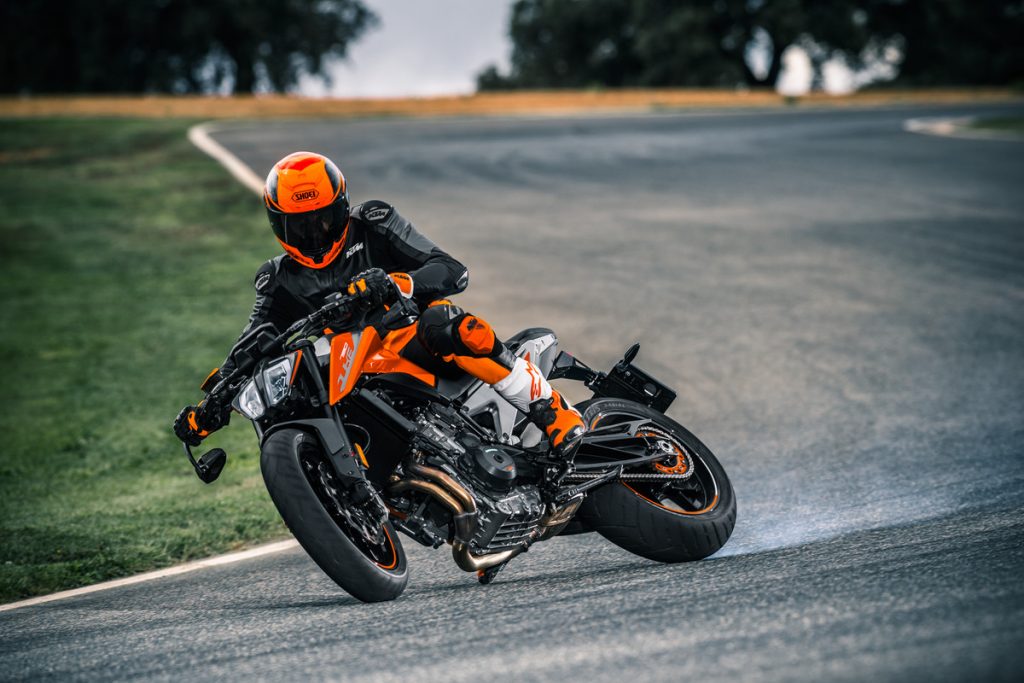