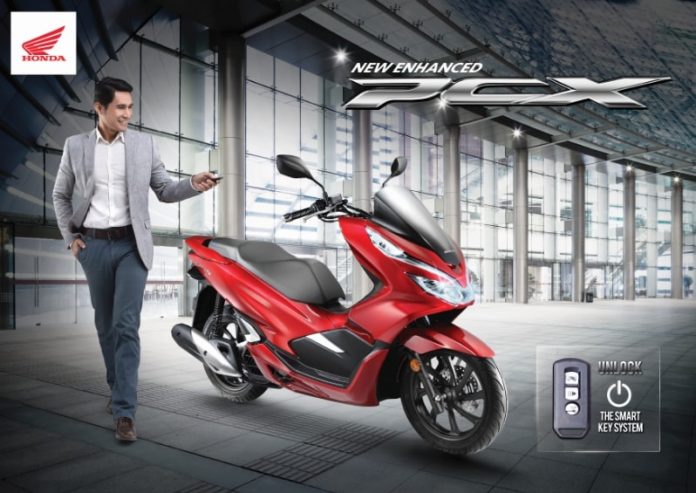 The new PCX combines the luxurious feel, performance, convenience, ease of use and fuel economy of the previous model with a host of new features.

First up, the 2018 Honda PCX’s genuine good looks have been refreshed with new body panels for what Honda calls a premium, sharper and sportier look. Complementing the new appearance is a compact dual-LED headlight with integrated Daytime Running Lights (DRL). An LED taillight completes the new design. 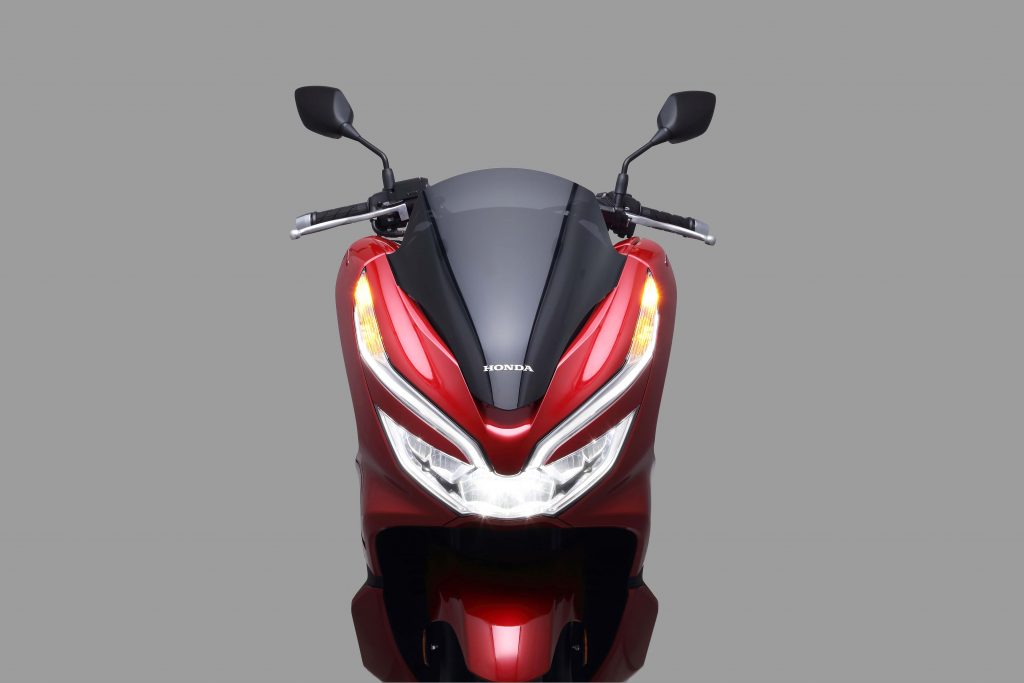 The changes are not only skin-deep as the bike also receives an all-new and lighter steel duplex cradle frame, which results in a shorter wheelbase for improved manoeuvrability and road feedback. The suspension has also been improved and the addition of new 14-inch alloy wheels, 27o rake and 19mm trail should result in an easily controllable ride. 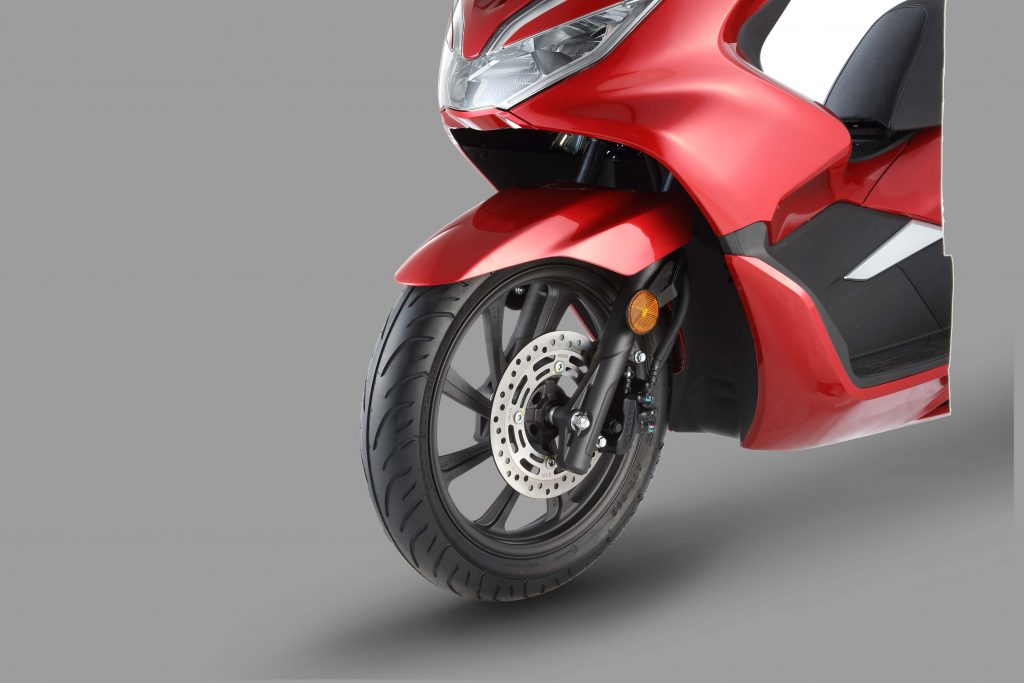 The seat is a low 764 mm and the narrow waist gives easy ground access for manoeuvring at parking speeds.

No scooter will be complete without ample storage space. As such, there is a 25-litre underseat storage compartment. Not only that, the seat is propped up by a spring-loaded hinge to ease access. The compartment can accommodate a full-face helmet. There is also a glove box at the front which includes a 12-volt adaptor for charging electronic devices. 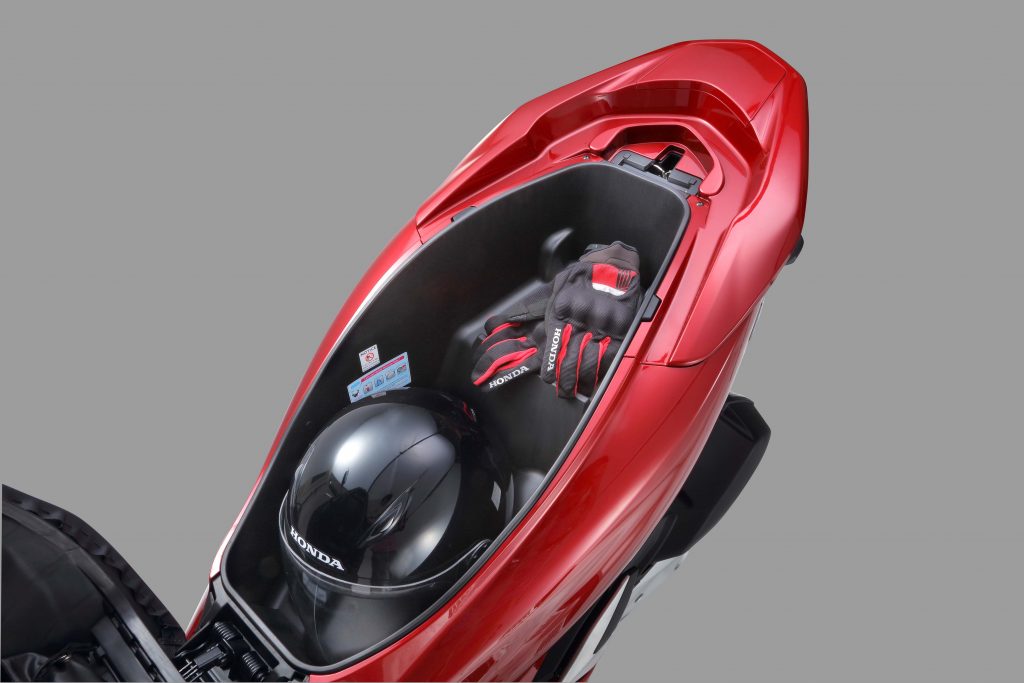 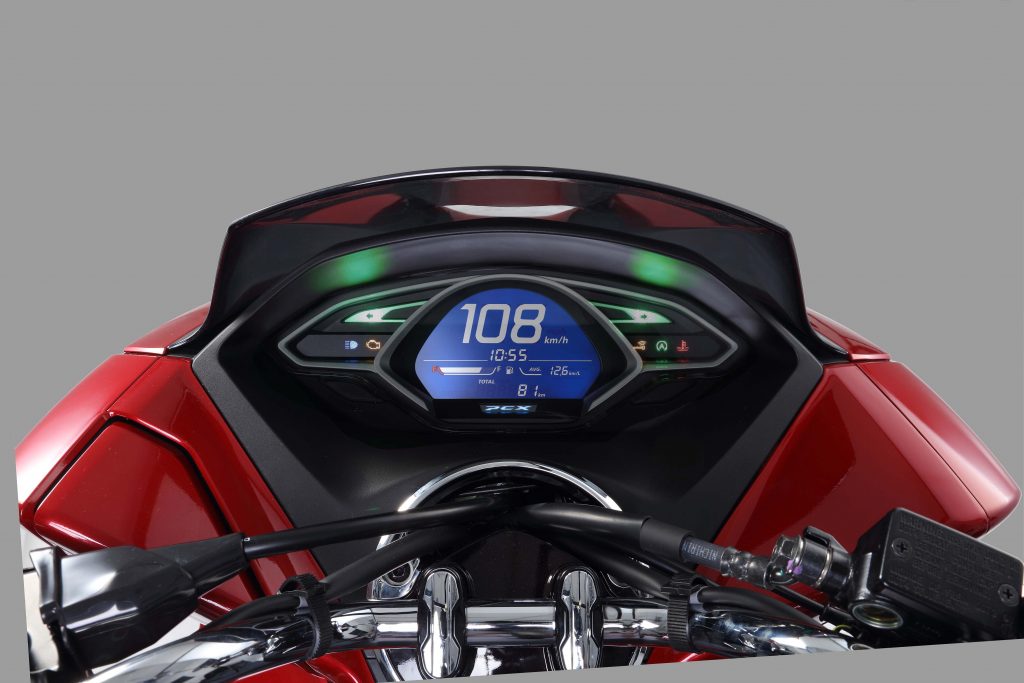 Speaking of fuel consumption, it was the Honda PCX which set the bar on fuel economy. Firstly, the PGM-FI electronic fuel injection system delivers accurately metered amounts of fuel for optimised performance and economy. Secondly is the Idling Stop system which made its debut on our streets in the first PCX. The fuel injection stops the engine and fuel delivery after idling for three seconds while all electrical systems are still functioning. The engine is restarted when the rider twists the throttle. Honda claims the new PCX’s fuel economy could reach 51.2 km/l with the Idling Stop system activated. You can expect a good range with the 8-litre fuel tank. 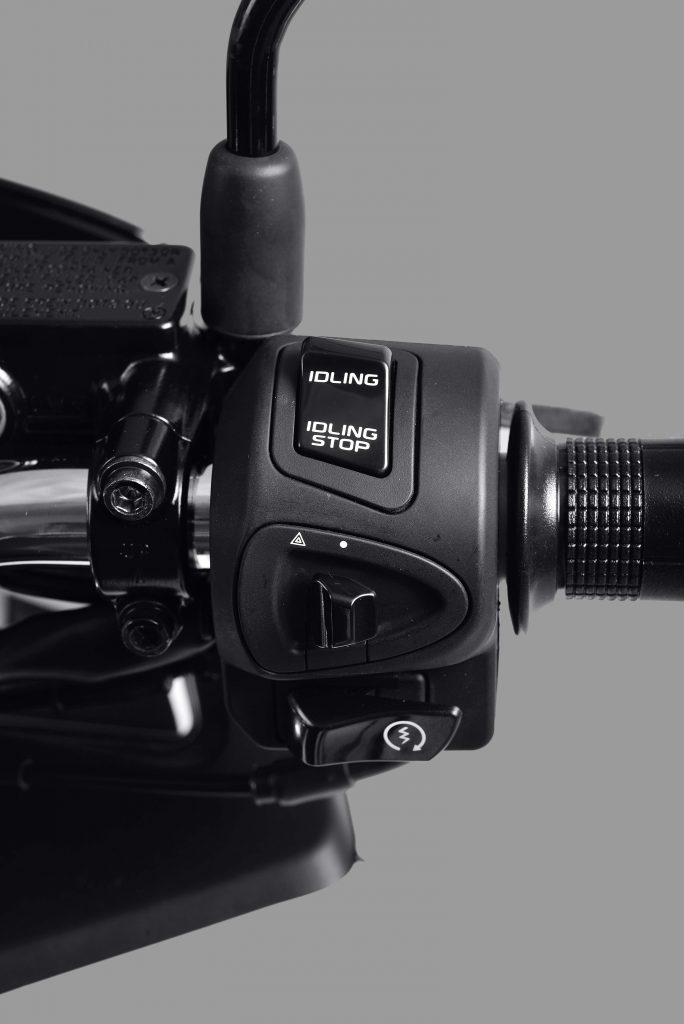 The power is sent through a Honda V-Matic Dry-Type Automatic Centrifugal Clutch transmission on its way to the rear wheel. The transmission has been revised to further the range of gear ratios, hence delivering smooth acceleration and stronger acceleration from mid- to high-speed ranges, which makes it ideal for overtaking. 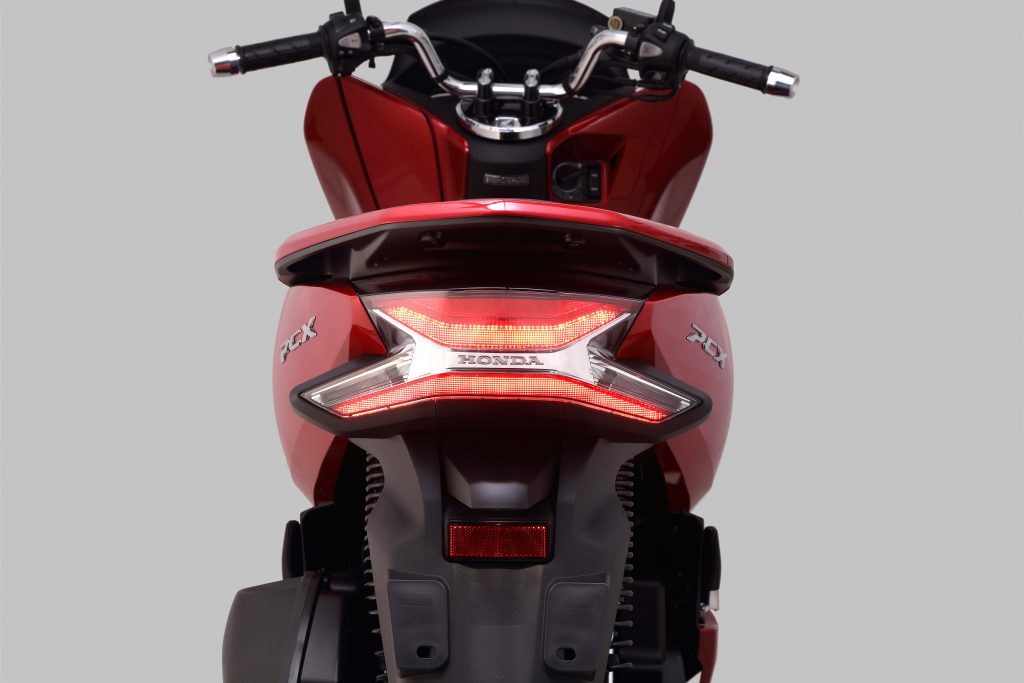 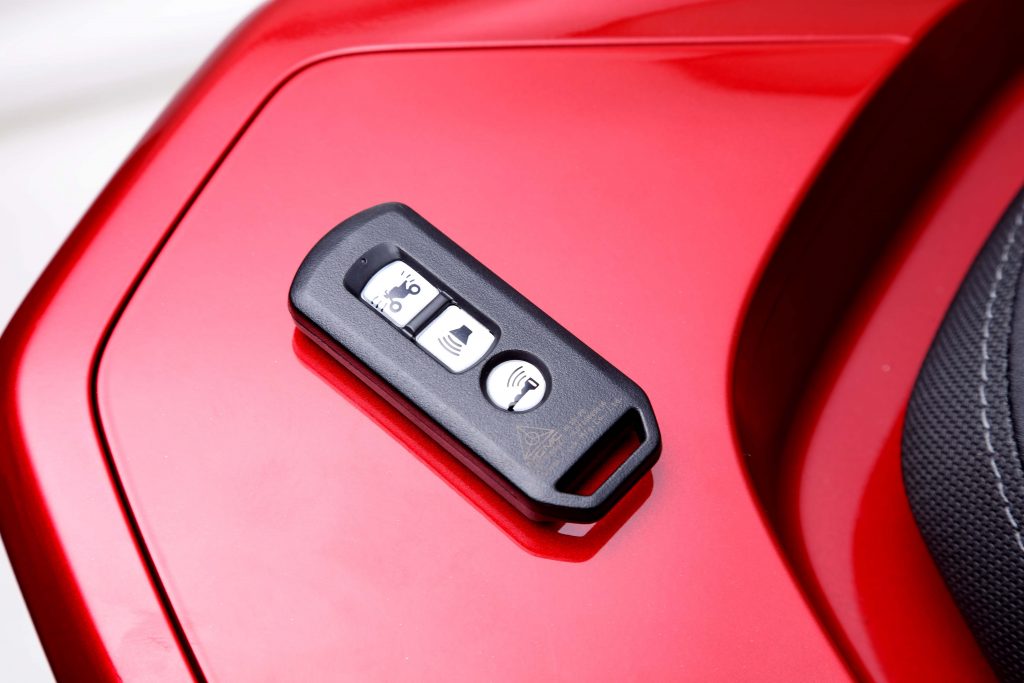 The 2018 Honda PCX is offered in the popular Pearl Metalloid White, and new Euphoria Red Metallic and Radiate Grey Metallic. 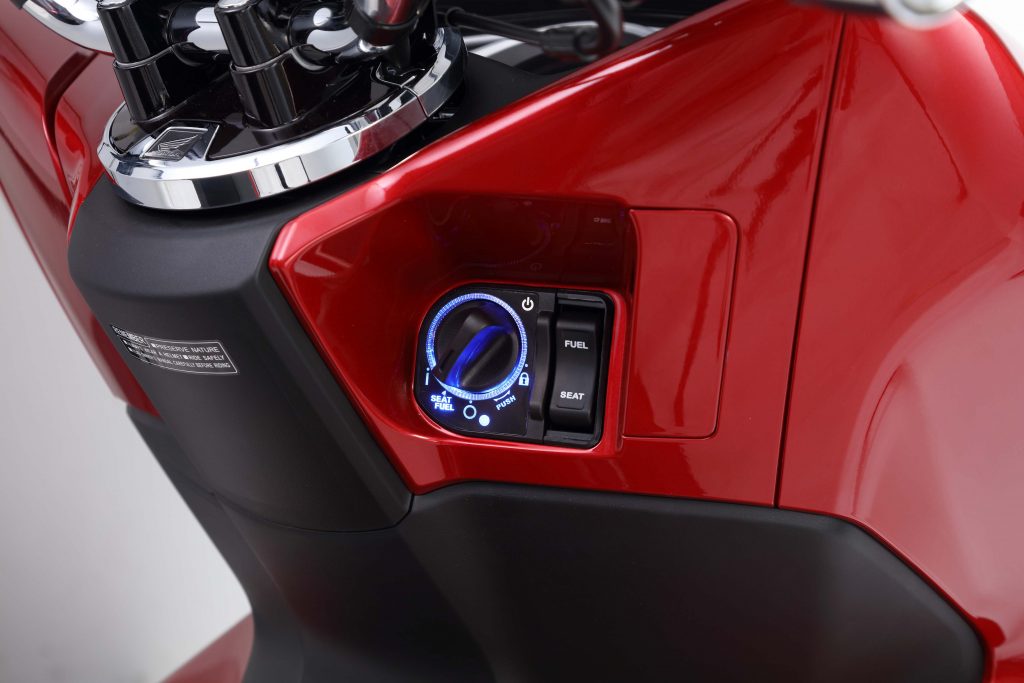 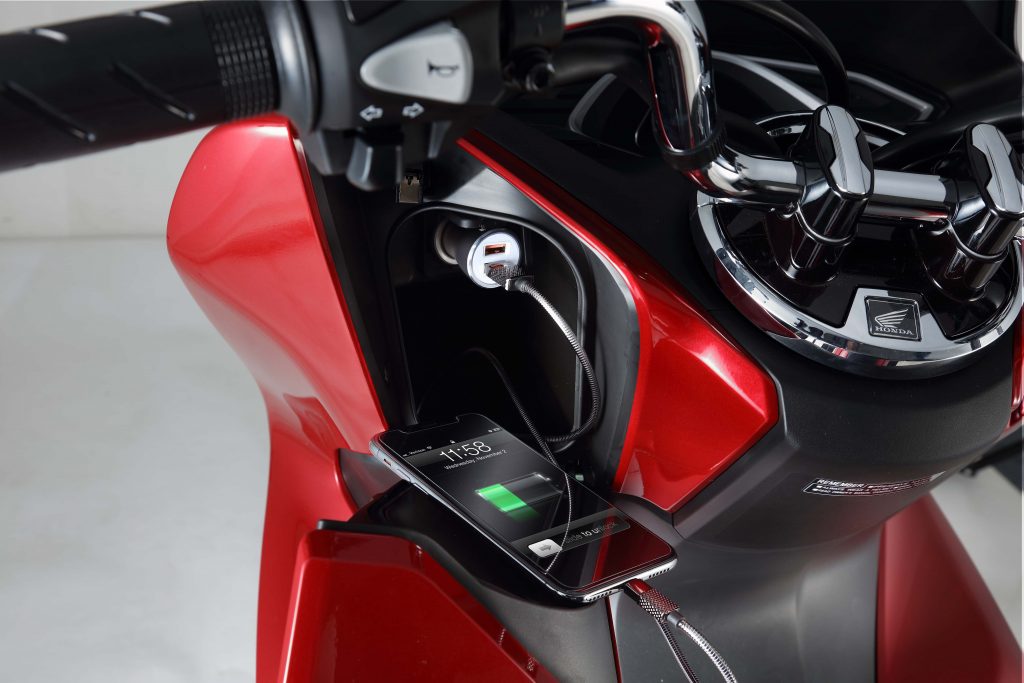