Ducati Team’s Andrea Dovizioso made it count when it matters by winning 2018’s opening MotoGP race at the very last corner.

It had looked like France will have her first premier class winner since Regis Laconi in 1999 but the other riders had other plans. Monster Yamaha Tech 3 rider and pole sitter Johann Zarco had taken the holeshot from the start and held on tenaciously, fighting off the intentions of first Marc Marquez on the Repsol Honda, then Valentino Rossi on the Movistar Yamaha MotoGP.

Rossi then followed Zarco around for a great number of laps until 10 laps to go when he decided to pass Zarco into Turn 1. Unbeknownst to him, however, was Marc Marquez slipstreaming up the inside. When both Zarco and Rossi overbraked into Turn 1, Marquez capitalized and overtook Rossi.

Rossi then either lost his rhythm or made further mistakes and got kicked back to as far as 5th, where he had to battle hard against Cal Crutchlow (LCR Honda), Alex Rins (ECSTAR Suzuki), Danilo Petrucci (Alma Pramac Ducati) and Dani Pedrosa (Repsol Honda).

Dovizioso had fought all the way to the front soon, passing Marquez but couldn’t find a way past Zarco for a few laps, until 5 laps to go when got into the perfect slipstream position. Dovizioso outbraked Zarco into Turn 1. Marquez was smart to tag behind Dovizioso, counting on the Ducati’s speed to also blast past Zarco.

Dovizioso held an small gap going into the last lap, but Marquez pushed hard to get back onto the back of the Ducati within three corners. As the pair braked for the final turn, Marquez went wide at the exit and Doviziso had a better drive to the finish line.

By now it was visible that Zarco’s tyres were cooked as he started fading backwards. Rossi retook third and finished in that position.

Cal Crutchlow had been fast, fought with everyone in the group and held on to fourth at the flag.

Danilo Petrucci, who had been equally as impressive as the top guys all weekend couldn’t find a way up higher than 3rd and ended in 5th.

Dani Pedrosa looked promising at the start but fell behind in quick succession by midpoint to come home in 7th.

Poor Johann Zarco who had worked so hard was packed all the way back in 8th.

The biggest comeback, however, belonged to Maverick Vinalez (Movistar Yamaha MotoGP) on the factory Yamaha. He had a difficult weekend, only managing to qualify in 12th, where he pushed all the way back into 6th.

Hafizh Syahrin had a great start to the season as he finished 14th in his first MotoGP race to earn Malaysia’s first two points in the class. 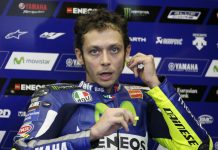 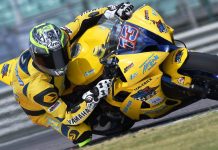