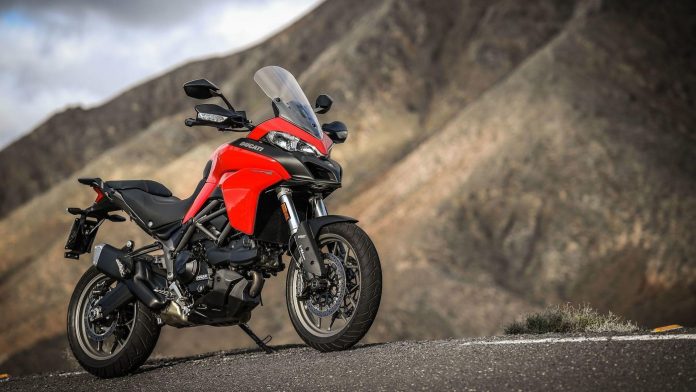 I’ve been on this road umpteen times on a motorcycle, so much so I’ve lost count. This current outing on the 2018 Ducati Multistrada 950 (MTS 950) makes it the thirtieth occasion? Fortieth?

Despite riding different bikes up here, they didn’t feel very special. Make no mistake, the Sungai Koyan – Ringlet route is probably one of the best riding roads in Peninsular Malaysia. It’s just that some of those bikes didn’t quite shine along this 80.3-km twisty asphalt ribbon. 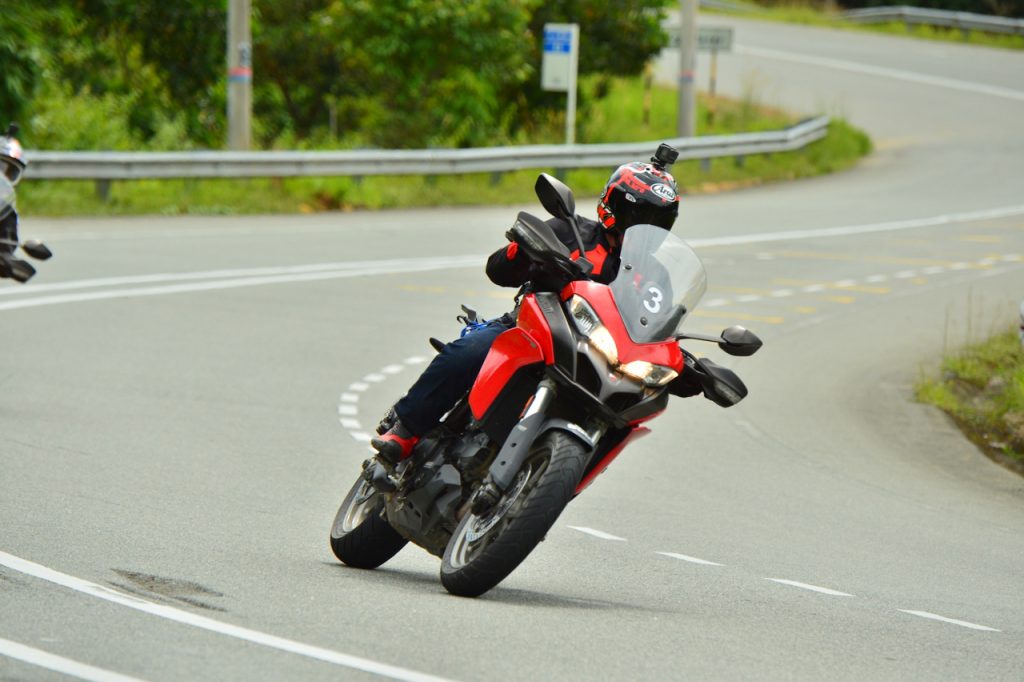 But today is different. 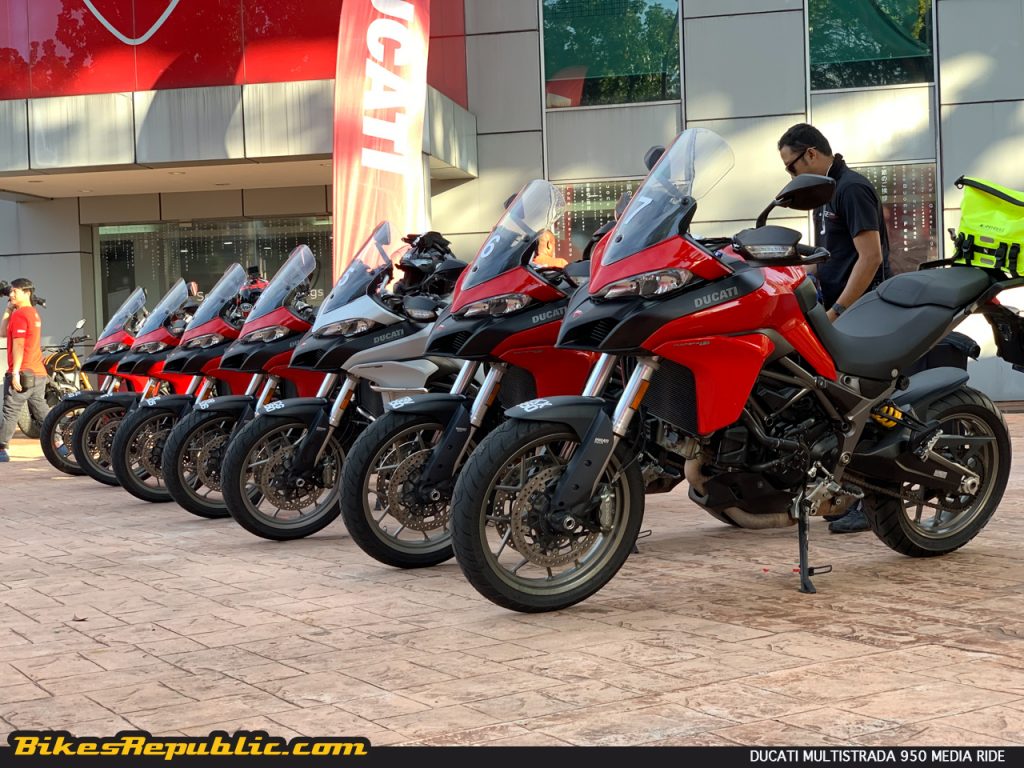 Price is the main factor in order to compete. Thus, the MTS 950 shares the same 937cc engine as the exciting Hypermotard and Supersport. In other words, there’s no Desmodromic Variable Timing (DVT). Besides that, there is only “standard” ABS and traction control (not IMU-based lean sensitive), double-side swingarm, Sachs rear shock and cable-actuated clutch. The front forks are fully adjustable, however.

The L-Twin (90o V-Twin) engine pulls cleanly in any RPM. It produces 113 bhp and 95 Nm of torque of which 80% is available from 3,500 RPM. But it is still a Ducati and will chug-chugga if you use a gear too high. What’s more important here is that the bike pulls smoothly and predictably without scaring the rider. 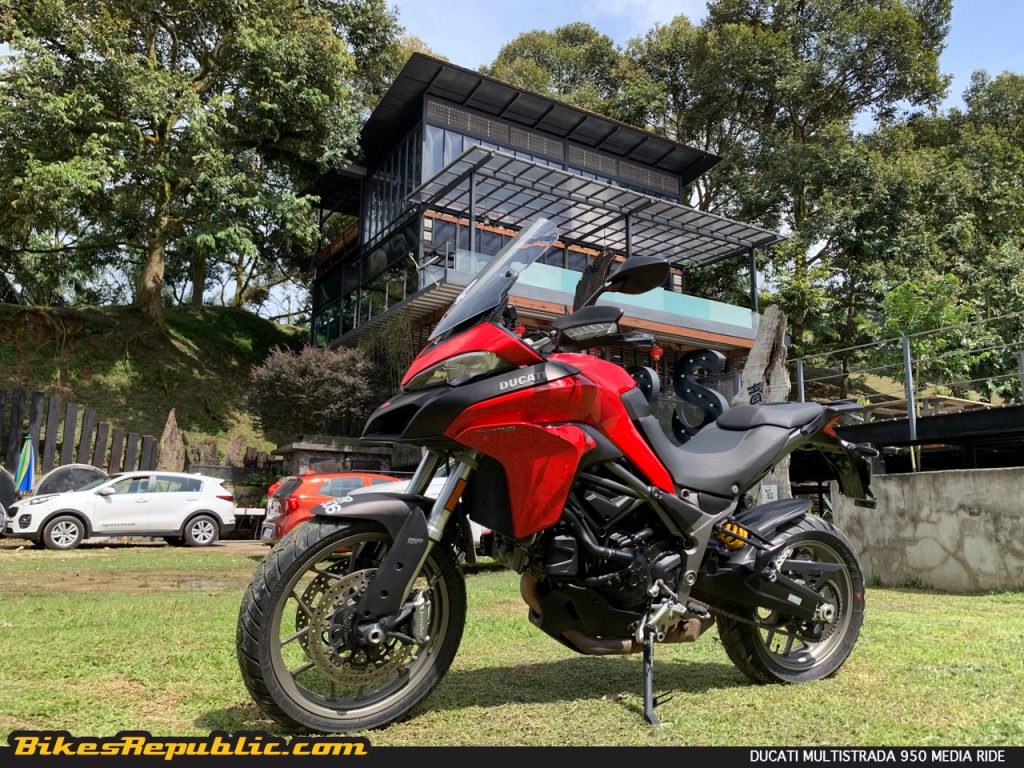 The MTS 950 definitely felt smaller and lighter than the MTS 1200. It wasn’t psychological but that was the actual impression we got as soon as we climbed on. The former’s waist line was definitely narrower than it’s bigger brethern’s.

But what truly won our hearts was its handling. The wide handlebar made countersteering the bike into corners a breeze. Once it was on side, the bike tracks exactly to your chosen line. Adding initial throttle in the corners stabilized the chassis even further, yet the bike needed only a slight nudge on the handlebar or the drop of a shoulder to tighten the line.

This ability was first demonstrated along the Karak Highway, but we skipped the more challenging parts (read: decreasing radius turns with speed breakers).

The real test was along the Sungai Koyan – Ringlet route. The corners here require authoritative entry, ability to hold andtighten the line. The more dangerous factor, however, were the sunken parts of the road. No problem if those dips were on the straight sections, but they were usually just before the corner entrances or right at the apexes.

Of the many motorcycles I’ve brought here, one sent both wheels in the air on the suspension’s rebound, sending me across into the opposing lane. Another’s suspension kicked both my wife and I off the seat. Any harder and we would probably still be orbiting the Earth till today. The majority loaded their suspension so hard they grounded the footpegs, followed by going wide when the suspension unloaded. 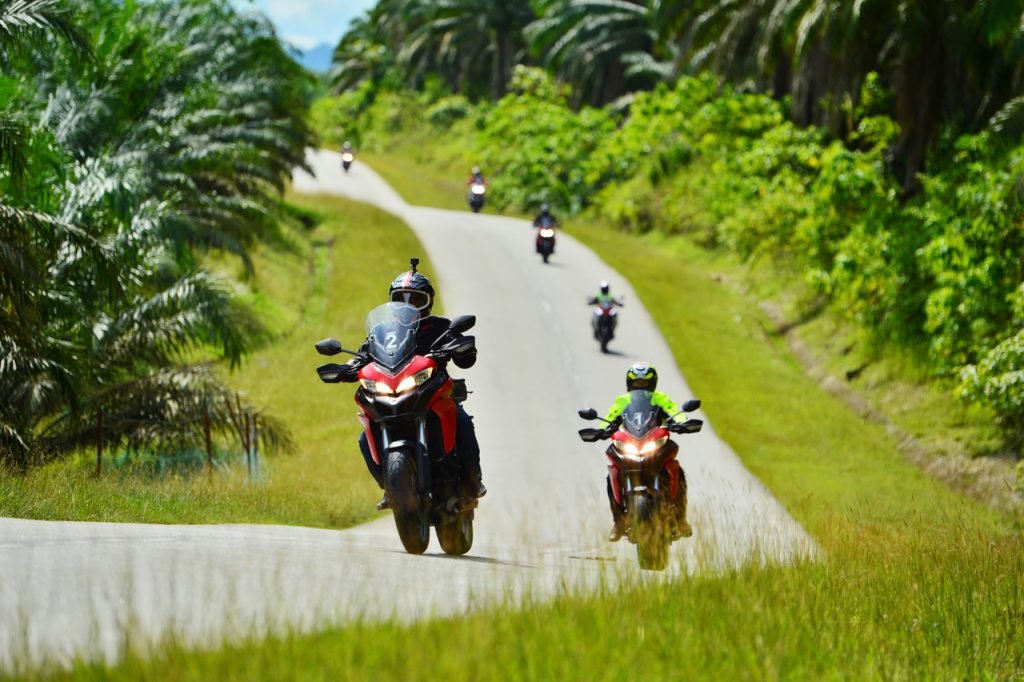 On the other hand, there were a handful of bikes that handled these “whoops” beautifully – two 800cc dual-purpose bikes with WP suspension, a Multistrada 1200S with Skyhook suspension and a 2016 Multistrada 1200.

Those bikes had top-notch suspension, mind you.

We first approached those sections of the road with trepidation by keeping the bike as straight up as possible. But we soon discovered that the MTS 950’s suspension didn’t bottom out nor did it threaten to launch us off the seat and into orbit. We felt the bumps, of course, but we didn’t feel threatened. We swept through the turns at speeds more than 140 km/h. The bike didn’t even have a steering damper, but it felt uncannily stable in mid-turn.

The smooth throttle response helped too, of course. There was no almighty kick like you’d get from a bucking bronco. That smoothness laid the groundwork for beautifully controlled cornering lines and exits.

All these attributes came together seamlessly when we headed to Simpang Pulai on the second day. Anyone who has ridden on this road will attest to how tough and dangerous it is but the MTS 950 never once caught us out.

In short, it made even the most jaded among us feel like heroes. 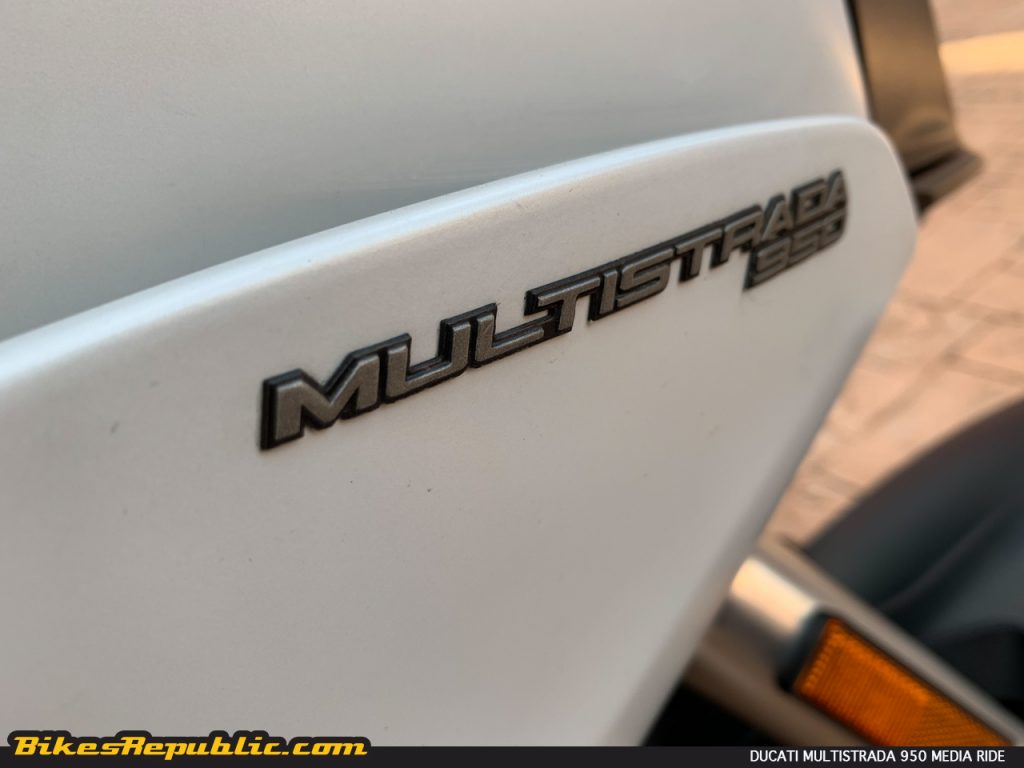 Speed picked up quickly without intimidation. Heck it even felt lazy. Apart from that signature Ducati intake honk under the tank when we pinned the throttle, the engine just sounded louder instead of getting busier. It’s something that has to be experienced.

If it sounds easy, it was. None of us complained about aching joints or being exhausted during the ride. The MTS 950 made your job of riding it a whole lot easier.

It was also rather economical, given the amount of blasting we undertook. We covered 294.5km with 30 km to go from one tankful since we left Ducati Malaysia. 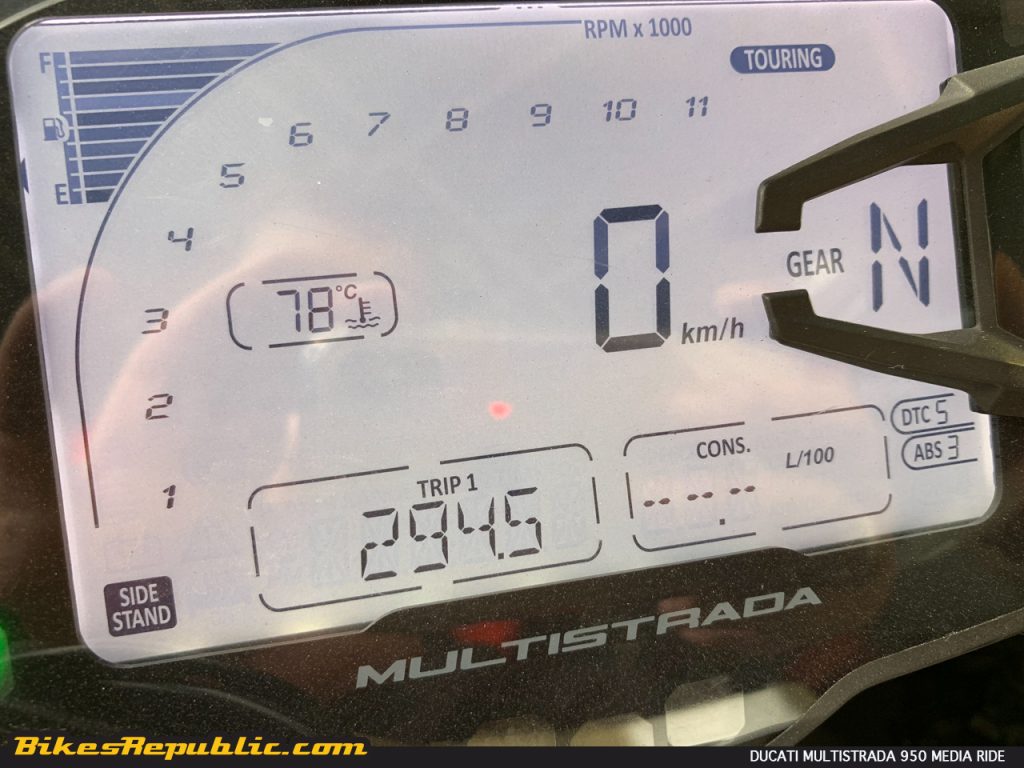 It’s not all 100% perfect, that’s for sure. The gearshift lever needs a long press when downshifting. We missed gears many times during the first day of the ride. However, that was due to us attempting to shift too quickly and opening the throttle immediately. A more relaxed shifting method resulted in no missed shifts.

The Multistrada 950 may not be as technologically packed as the MTS 1200 but it was a lot of fun to ride. The simplicity also got rid of being distracted by experimenting with different settings. Instead, you just jump on and ride.

The bike is accessible to a wide range of riders. Although it sounds like a well-used cliché, it doesn’t intimidate newer riders, while keeping seasoned riders happy for a long time.