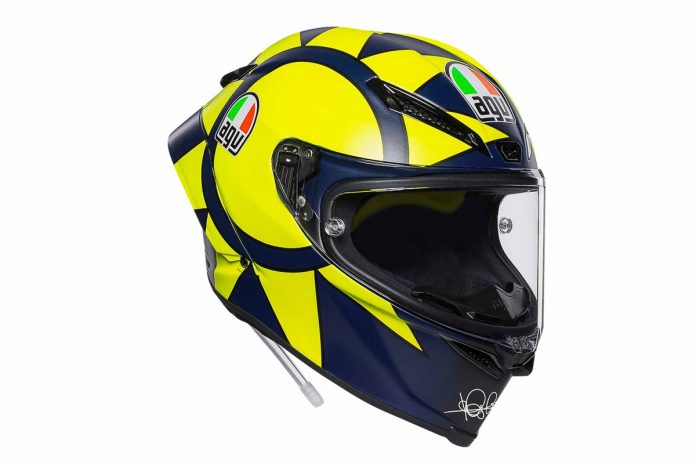 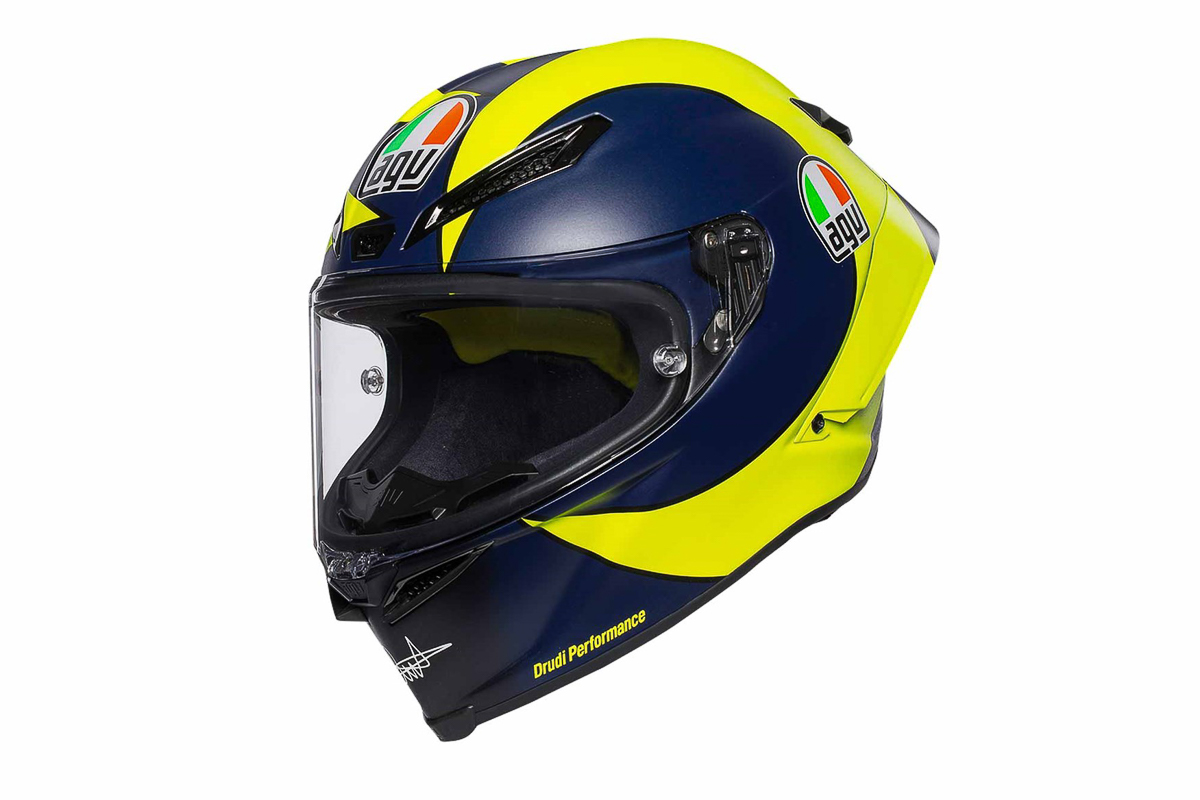 The good folks from AGV have finally released the 2018 AGV Pista GP Valentino Rossi replica for sale. This design is currently being used by the nine-time Grand Prix world champion in the MotoGP 2018 season where the 39-year-old went for the ‘old-school’ look and feel with hopes that it’ll spark something extraordinary this year.

The replica helmet is available for AGV’s top of the line racing helmet, the Pista GP R (which also happens to be the model currently being used by Rossi himself in racing). Inspired by the golden eras of Formula 1 back in the 1970s and 1980s, the facade was brought to life courtesy of his longtime friend at Drudi Performance.

With fewer colours than usual, Rossi’s iconic Sun and Moon (Soleluna) logo is the main star of the helmet’s design highlighted in a matte yellow and black colour combination. In honour of fallen racing brother, Marco Simoncelli, a small number 58 can be seen on the left rear portion of the lid.

The Pista GP R comes ready with a tube connected to a fully-functional hydration system and an enhanced aerodynamic spoiler which are primed for race use. Not a bad way to enhance an already impressive full carbon fibre racing helmet.

The 2018 AGV Pista GP R Valentino Rossi replica is not available yet here in Malaysian shores but pre-orders for the UK consumption is already open with a hefty price tag of £999.99 (RM5,441). We’re guessing that the helmet will be cheaper by ever so slightly once it’s here in the country.