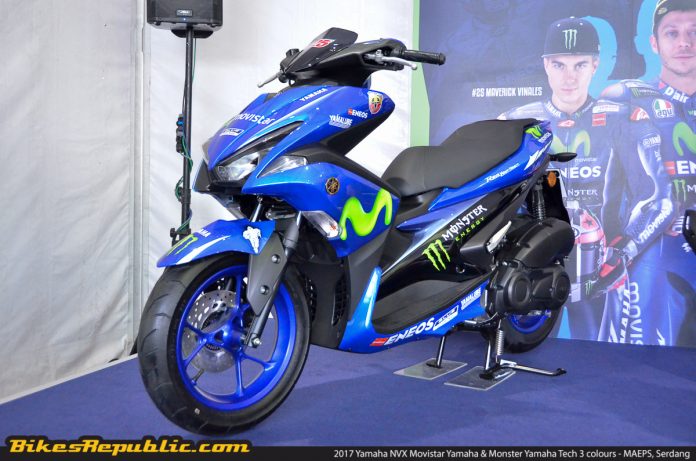 The grand booth was dedicated to promoting their latest scooter offering including a stunt show using the modified Yamaha NVX Challenge race scooter by their stunt rider known as Gaban.

The most interesting bikes in display were the Yamaha NVX covered in the Movistar Yamaha as well as the Monster Yamaha Tech 3 colours. 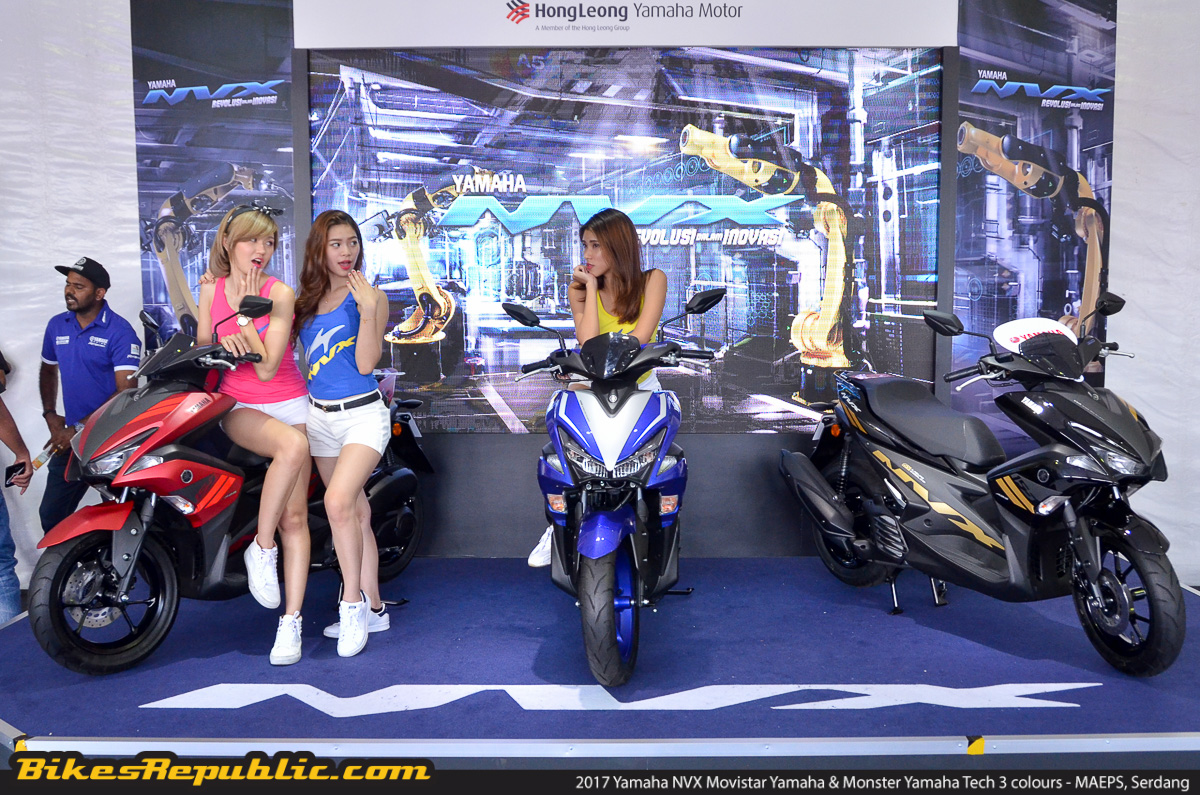 Those who are in the know regarding the Malaysian Cub Prix national race series will also be familiar with the very special ‘Mall Area’ setup for manufacturers, companies and establishments to publicly display and promote all their goods, merchandises and services. 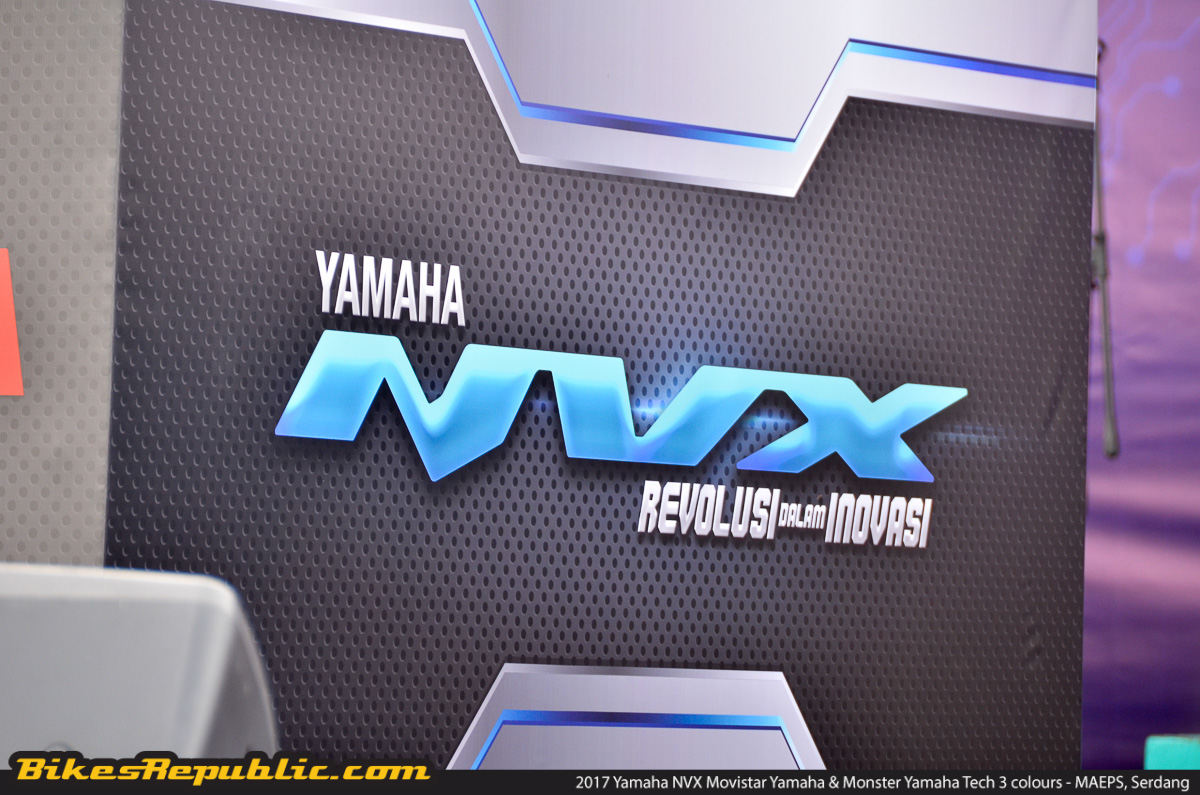 It was last Saturday when the latest 155cc NVX made its first public appearance on the main stage located right next to makeshift Cub Prix road circuit. The grand appearance was even accompanied with a stunt show by Yamaha’s very own stunt rider simply known as Gaban who displayed his newly-acquired scooter stunt skills using the modified Yamaha NVX used in the Yamaha NVX Challenge, a special one-make race to further promote the new scooter. 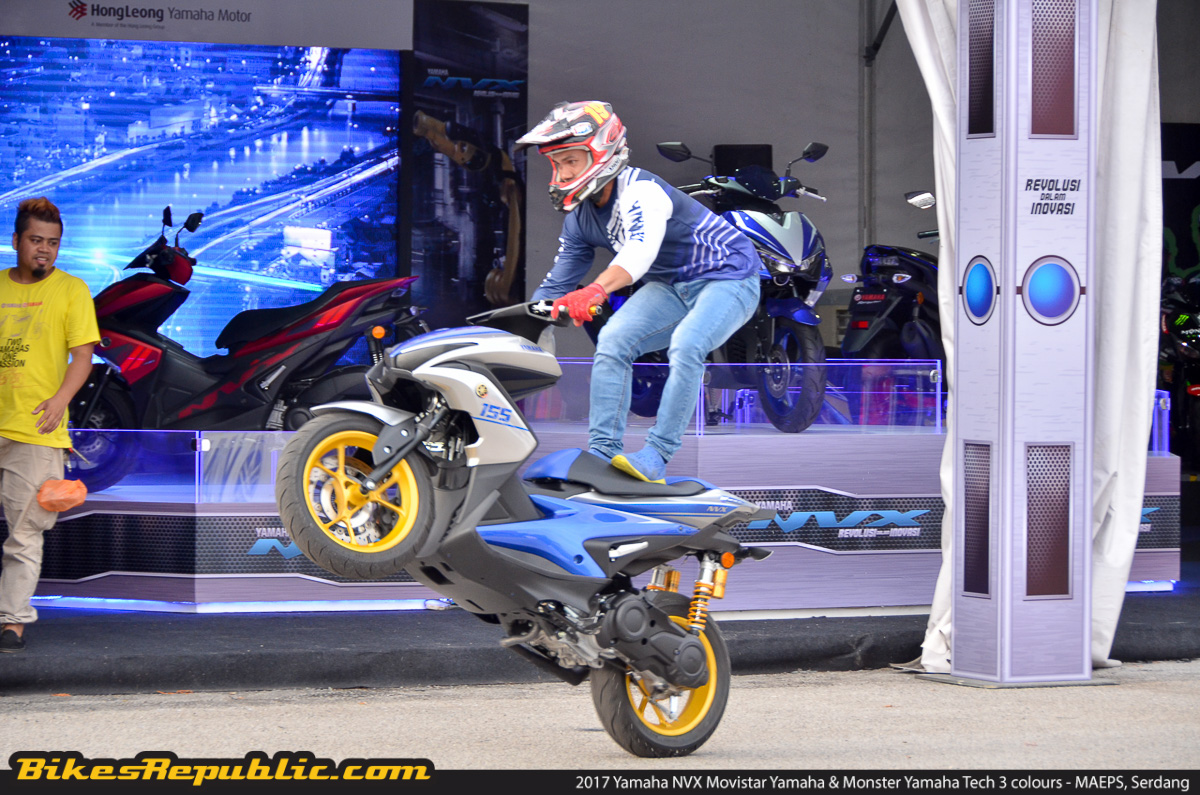 There were a few Yamaha NVX displayed in custom colours to pull in the crowds but there were four scooters that definitely picked up quite the attention even from non-scooter enthusiasts. On one side of the HLYM booth, there were two Yamaha NVX displayed in the very attractive Movistar Yamaha colours reminiscing their all-star MotoGP riders, Valentino Rossi and Maverick Vinales. 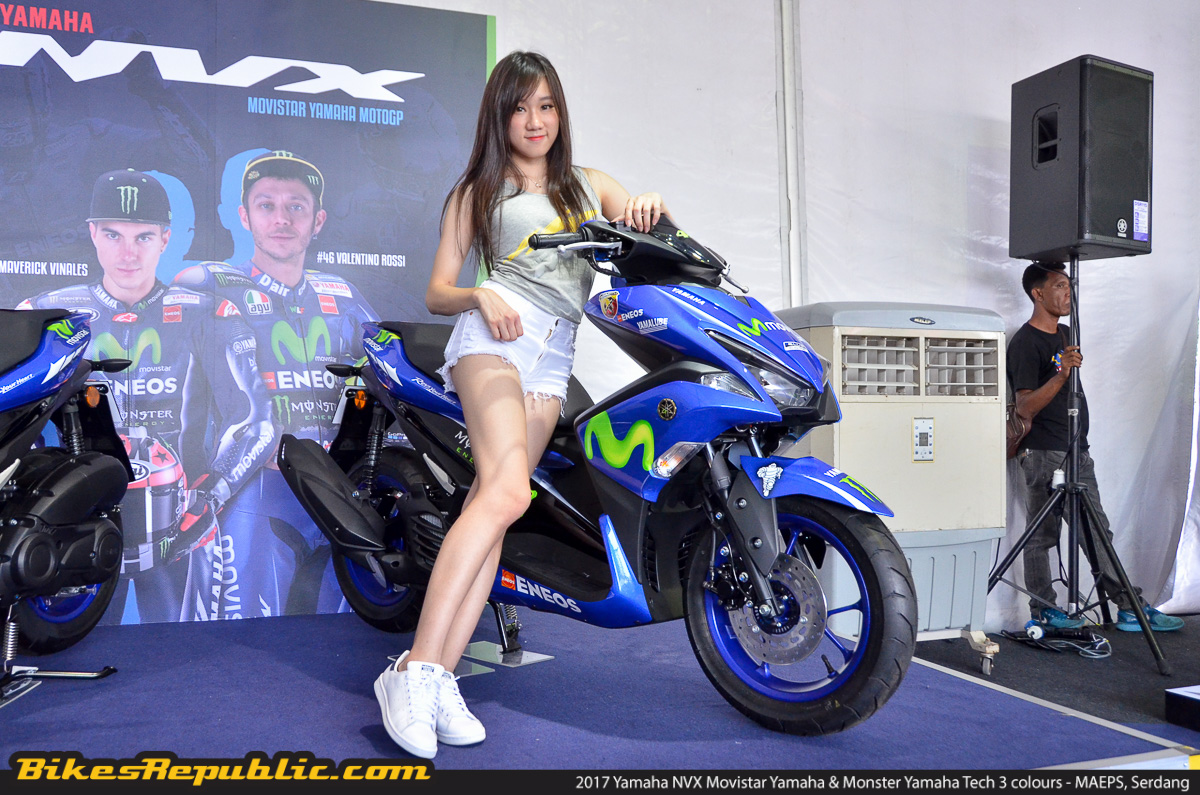 Usually, the Movistar Yamaha colourway is more than enough to spark a big interest for future potential buyers to convert over to Yamaha motorcycles but what we witnessed on the opposite side of the booth were a couple of Yamaha NVX scooters covered in the much rarer Monster Yamaha Tech 3 colours. 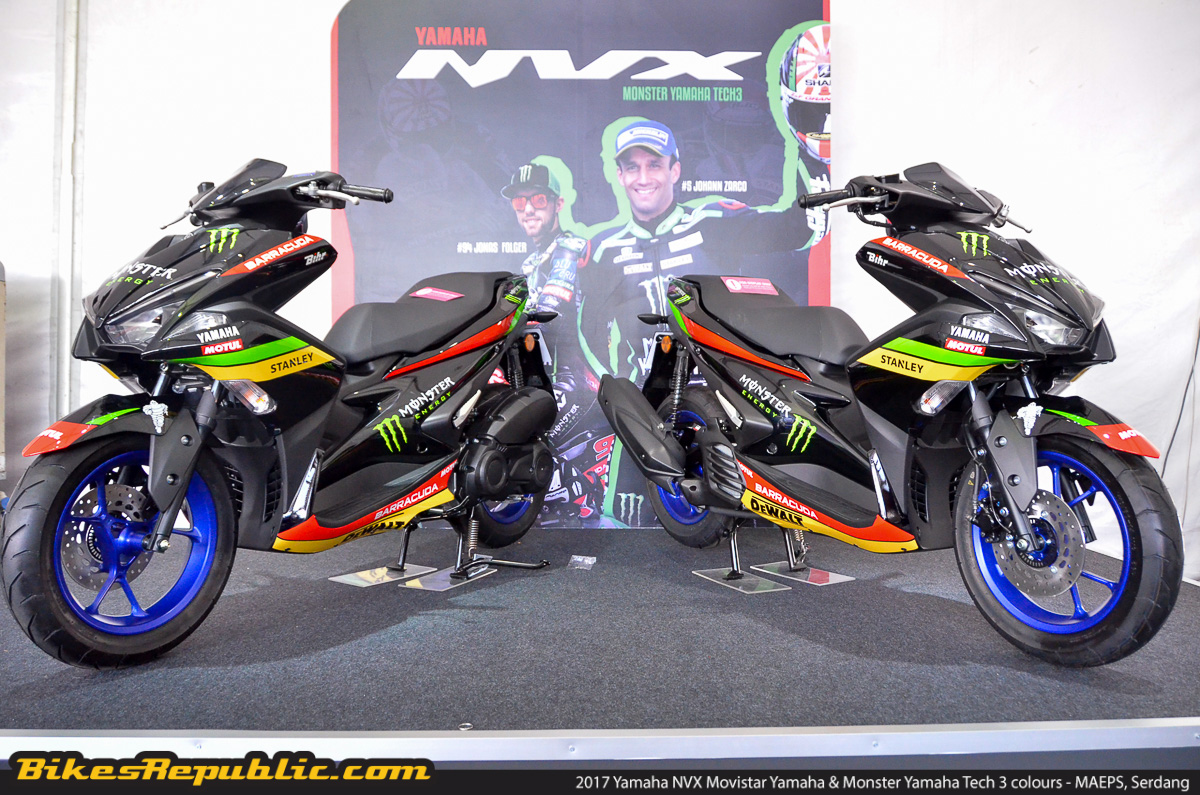 In our opinion, we can honestly say that the Monster Yamaha Tech 3 design is one of the best looking ones that can be seen in the MotoGP series. The black and green with some white and yellow accents seem to be the design of choice considering that both the Monster Yamaha Tech 3 riders Johann Zarco and Jonas Folger have stepped onto the podium this year (bear in mind that these two riders are rookies in MotoGP). 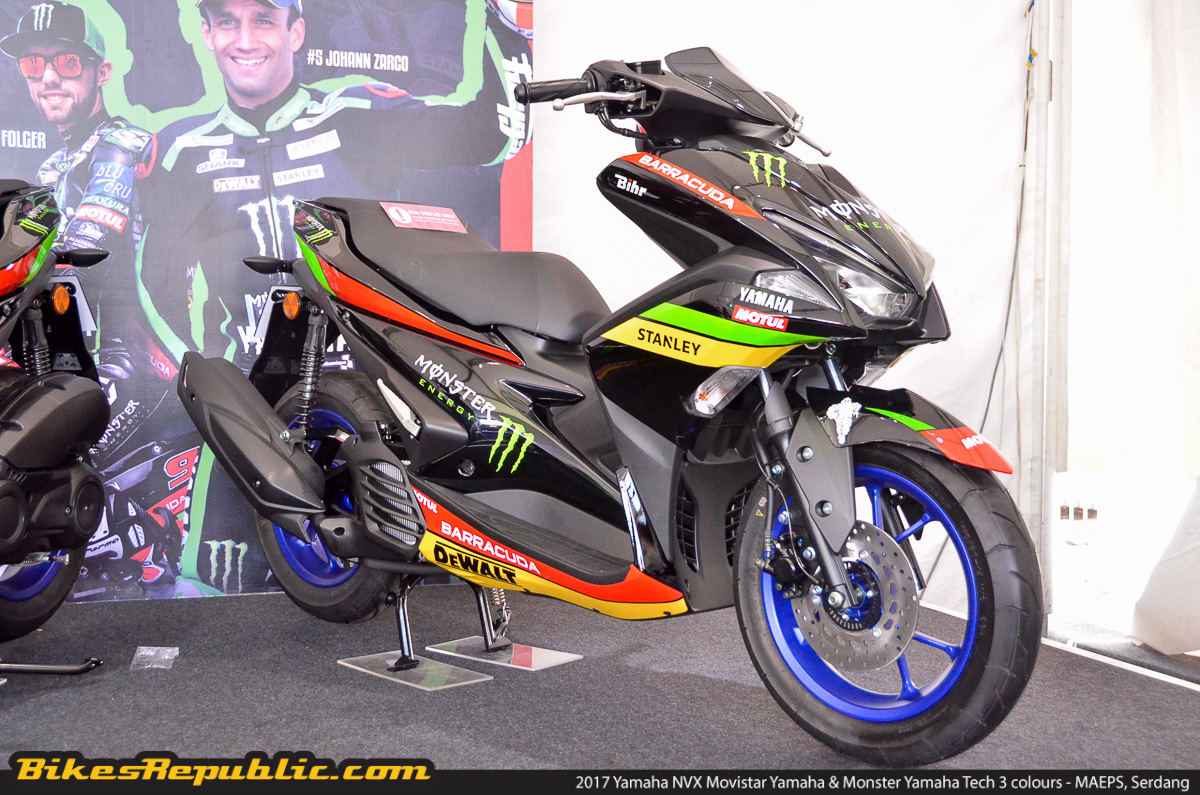 Considering all the success Yamaha has been gaining especially in MotoGP, it’s no surprise that these two colourways will be made available for purchase in the very near future but the question of when and how much they will cost are something we are still not sure. For now, the 2017 Yamaha NVX in the Blue, Red and Black colourway is priced at RM10,500 (basic price with GST). 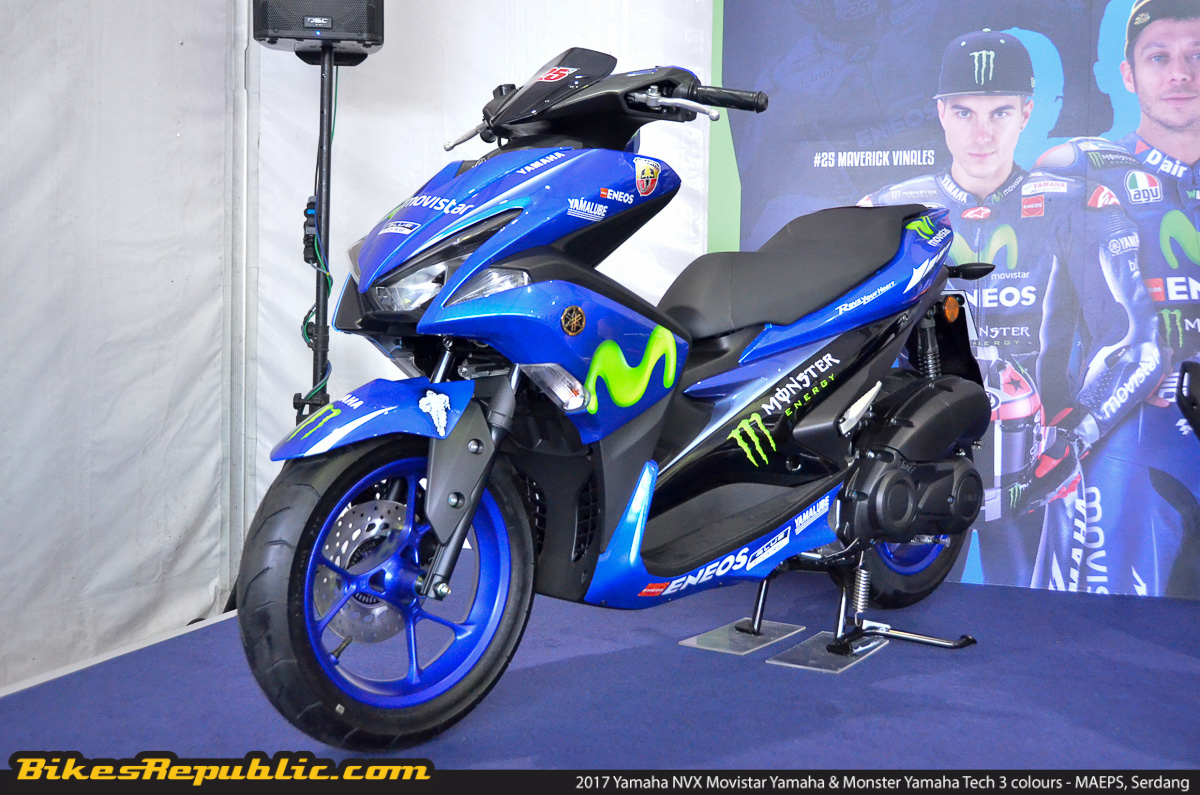 All in all, the Yamaha NVX in the current colour options are already gaining a lot of interest and buying prospect but if HLYM decides to come up with a couple of special editions dressed in the Movistar Yamaha and Monster Yamaha Tech 3 colours, we’re sure that motoring enthusiasts will start lining up for some NVX experience. 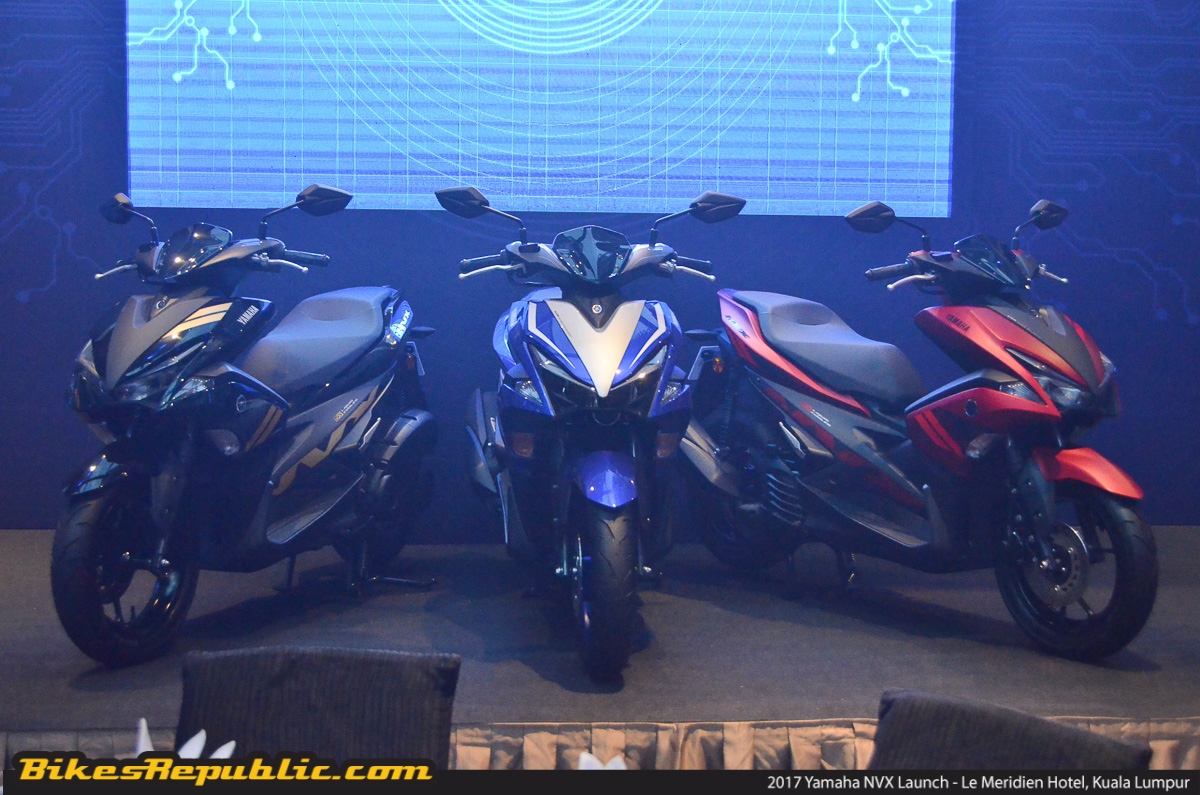 To know more about the 2017 Yamaha NVX scooter, CLICK HERE.