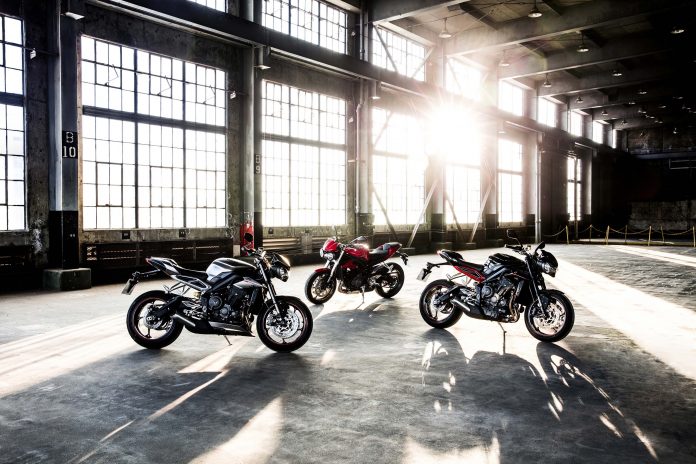 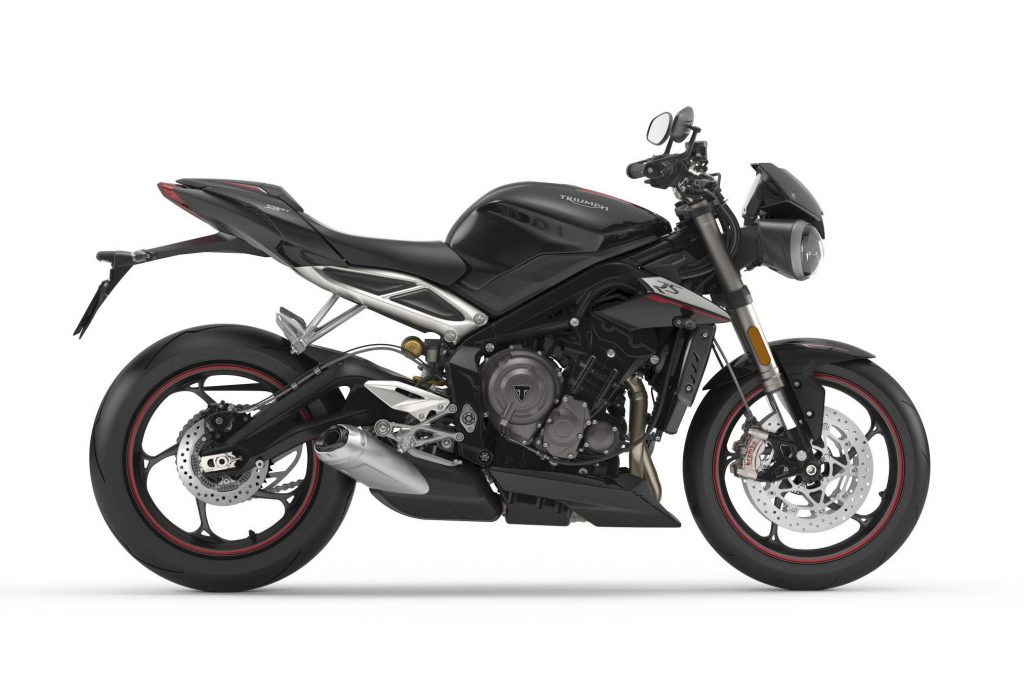 House Hinckley has prepared three variants of its new middleweight streetfighter. The range begins with an entry-level S model followed by a mid-range R. New at the top now is a range-topping RS variant. 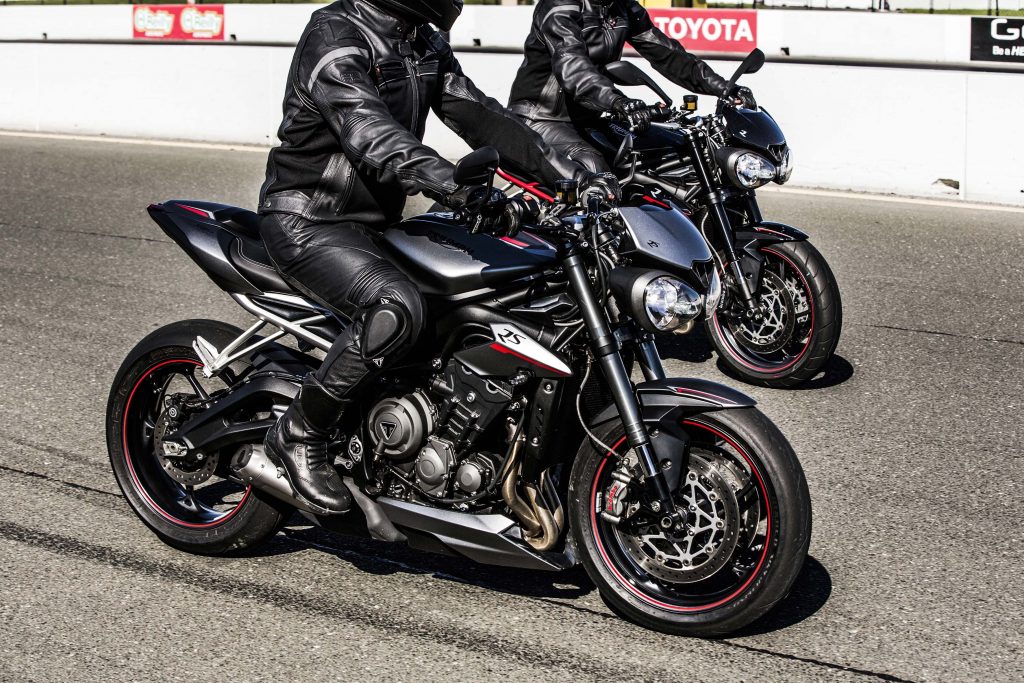 Despite the revised styling, the new Street Triple’s looks remains distinct and unmistakable. The most critical of revamps were performed underneath its skin, namely with its new powerplant. The chassis is now lighter by 2kg with each variant boasting a claimed dry weight of just 166kg. 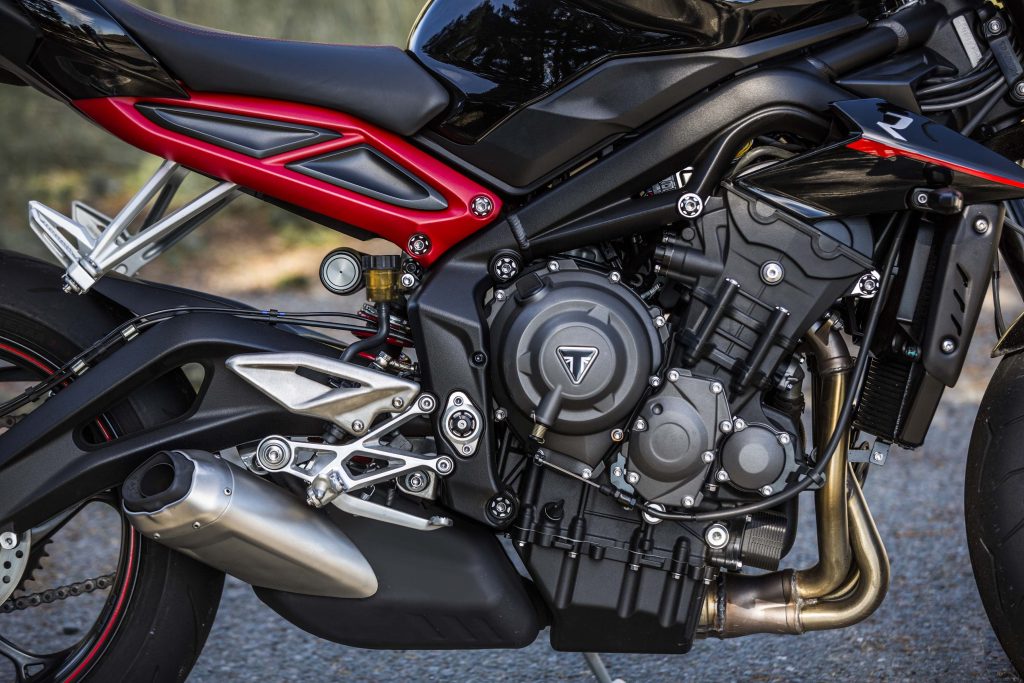 A larger new liquid-cooled DOHC 765cc in-line triple mill with 12 valves derived from the Daytona 675 supersport now powers the much-loved British streetfighter. Besides an increased bore and stroke, Triumph have fettled 80 new parts for the powerplant including the crankshaft, pistons and Nikasil-plated aluminium barrels. 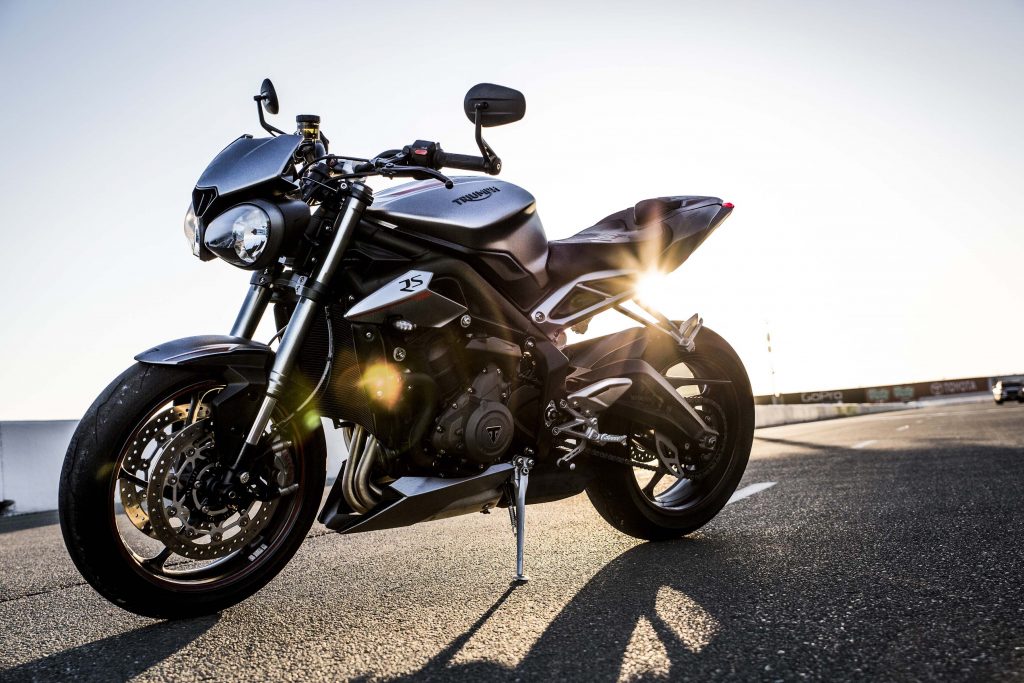 According to Triumph, the revisions in the new powerplant now deliver improved low- and mid-range torque. Supplementing that are its new ride-by-wire suite, traction control and selectable ride modes for added control whilst ABS is standard across the board with the R and RS able to switch off completely. 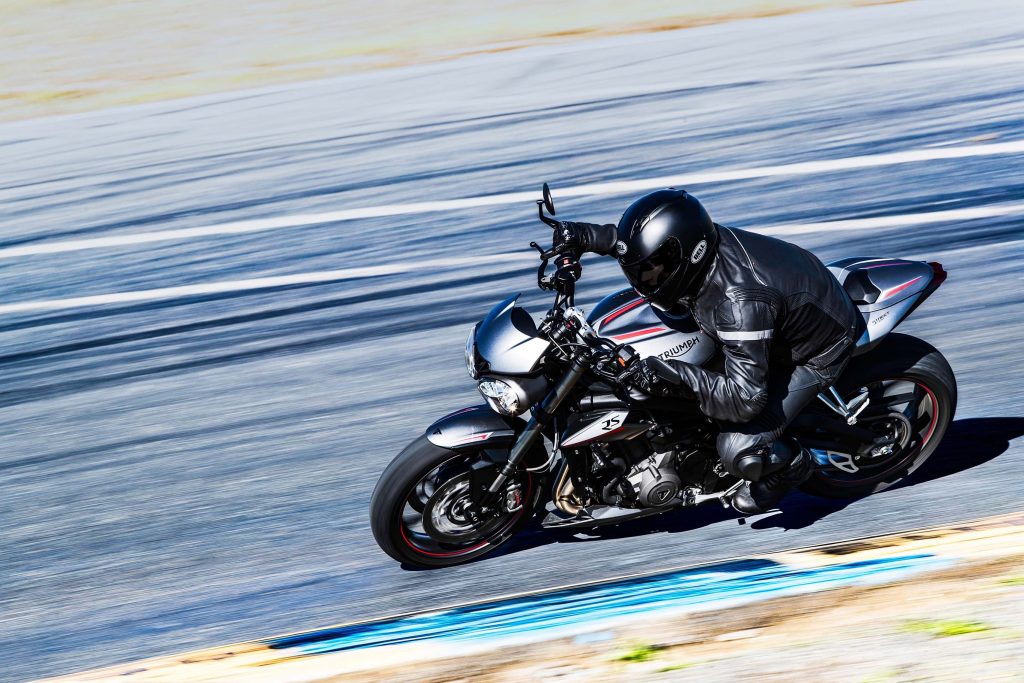 Unlike the current Street Triple 675 that boasts 105hp and roughly 68Nm of torque, the new Street Triple 765 S base model offers a higher output of 113hp and 71.9Nm of peak torque. Both the R and RS version offers higher torque of 75.9Nm, with the R developing 118hp while the range-topping RS has a whopping 123hp.

Here’s a quick walkthrough of the new 2017 Triumph Street Triple 765 range and its respective features. 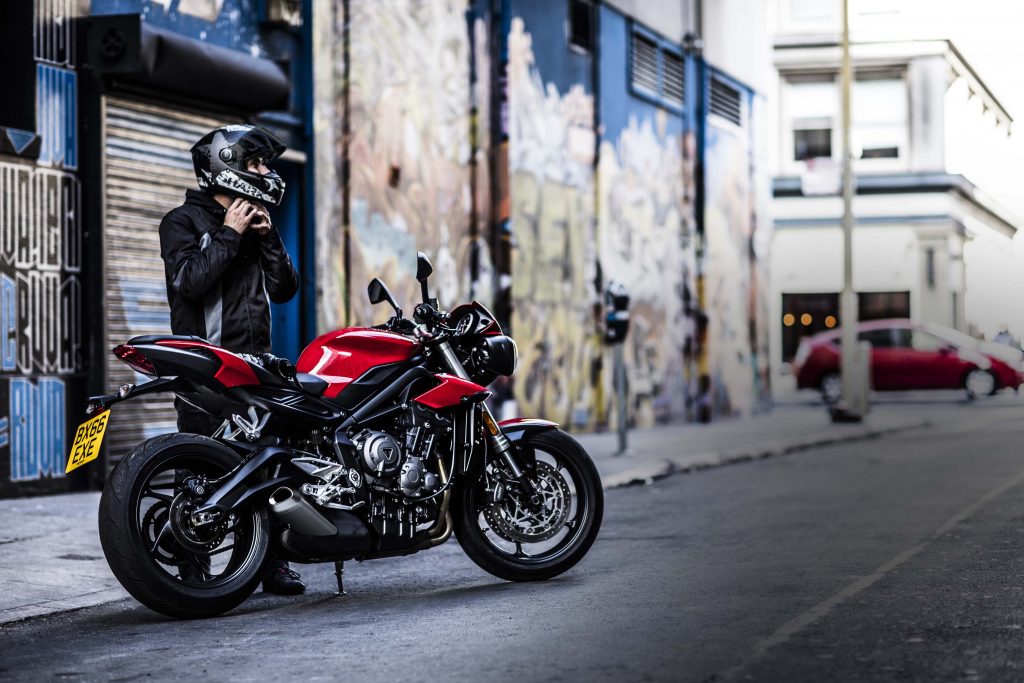 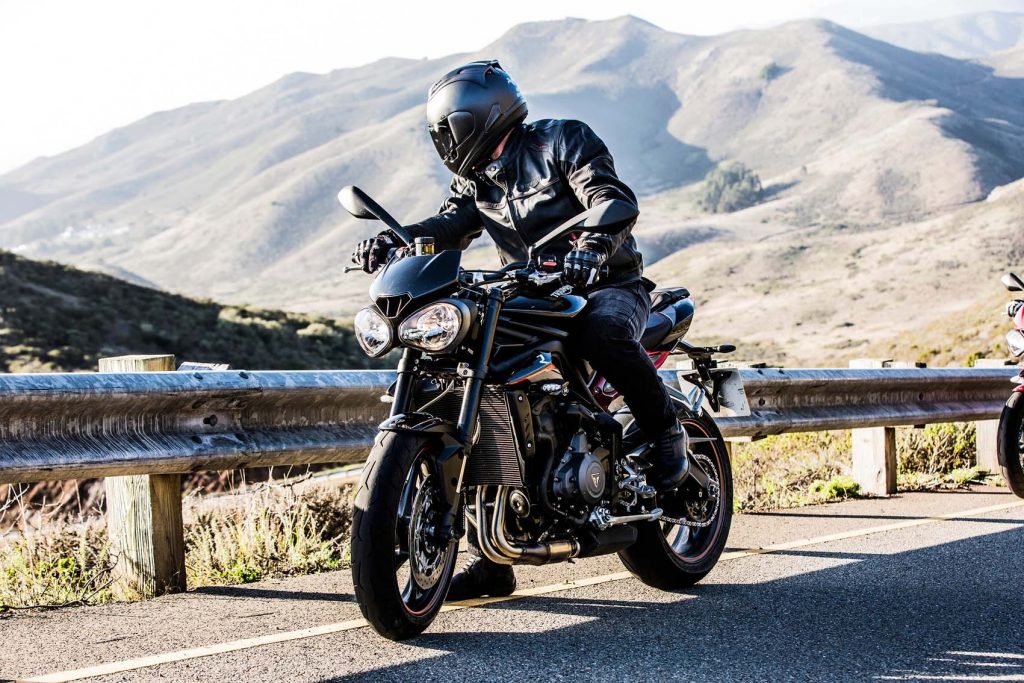 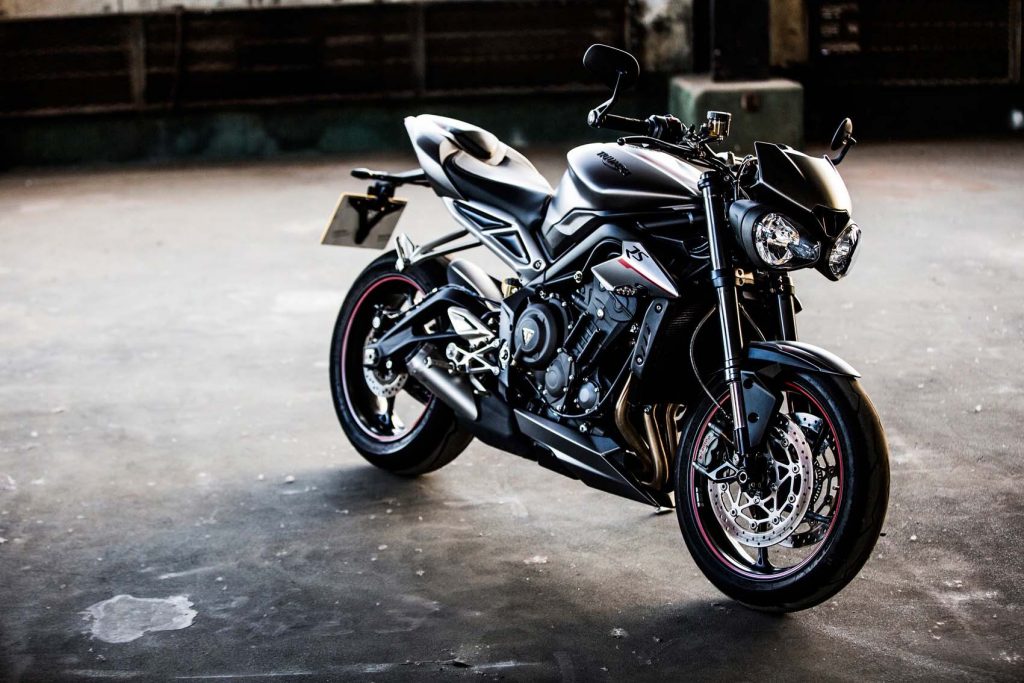 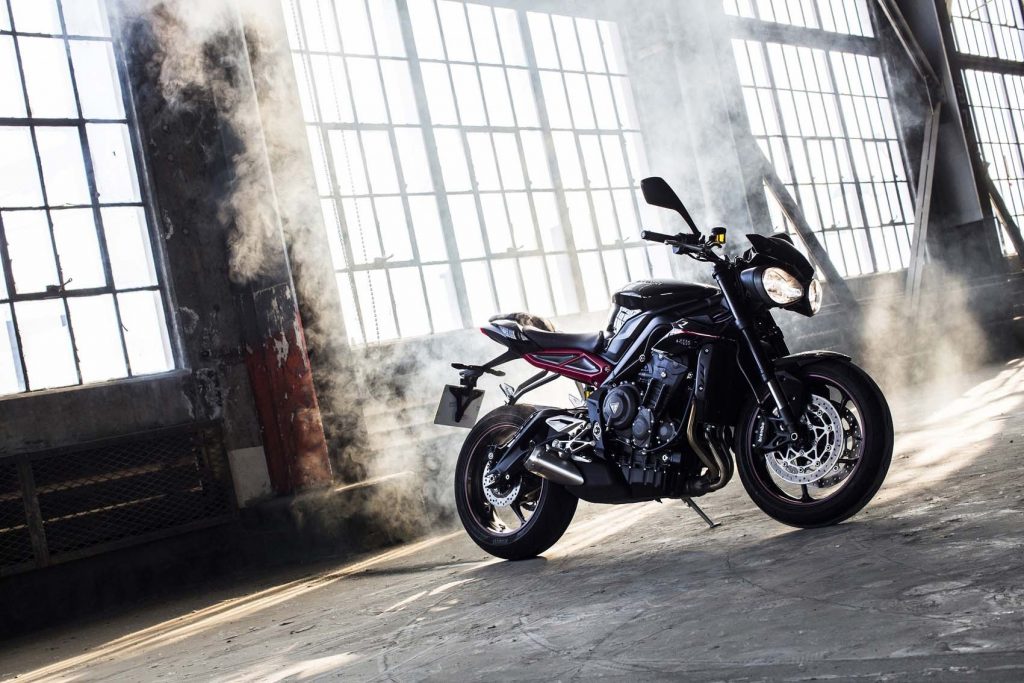 In the UK, the new range-topping RS will go on sale first starting in March, followed by the new S base model in April whilst the mid-range R enters the UK market from May onwards. Prices in the UK start from £8,000 for the base-model Street Triple S while pricing for the rest of the range is yet to be confirmed.

Check out more images of the new 2017 Triumph Street Triple 765 in the gallery we’ve prepared below.