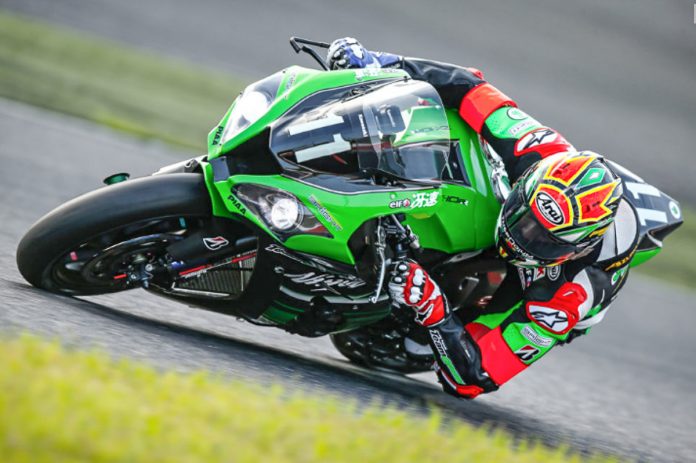 Our very own Malaysian rider Azlan Shah Kamaruzaman made it to a podium finish in second together with Kawasaki Team Green in the 2017 Suzuka 8 Hours FIM Word Endurance Championship race in Suzuka yesterday. 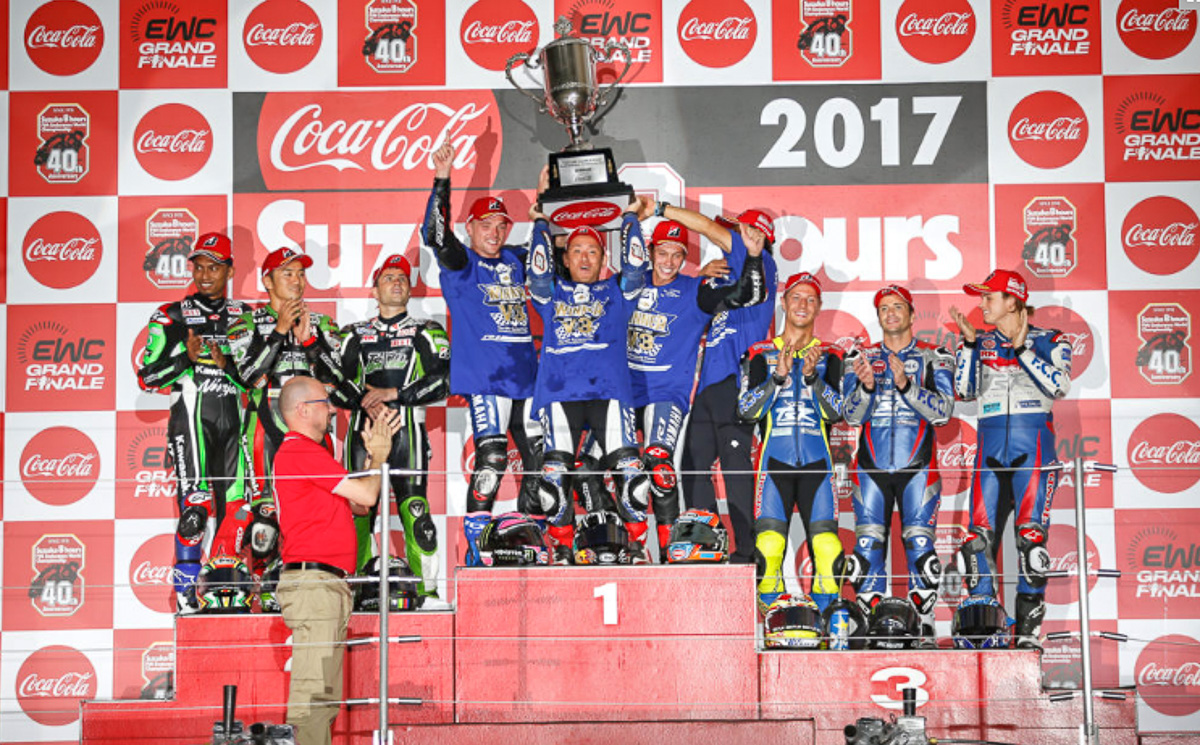 Besides the annual Art of Speed Malaysia 2017 gathering, the 40th Coca Cola Suzuka 8 Hours FIM World Endurance Championship took place in Suzuka, Japan this past weekend. This weekend also marked a historic moment where three Malaysian riders competed in the iconic eight hours race but what’s even more amazing was the fact that one of our very own made it onto the podium! 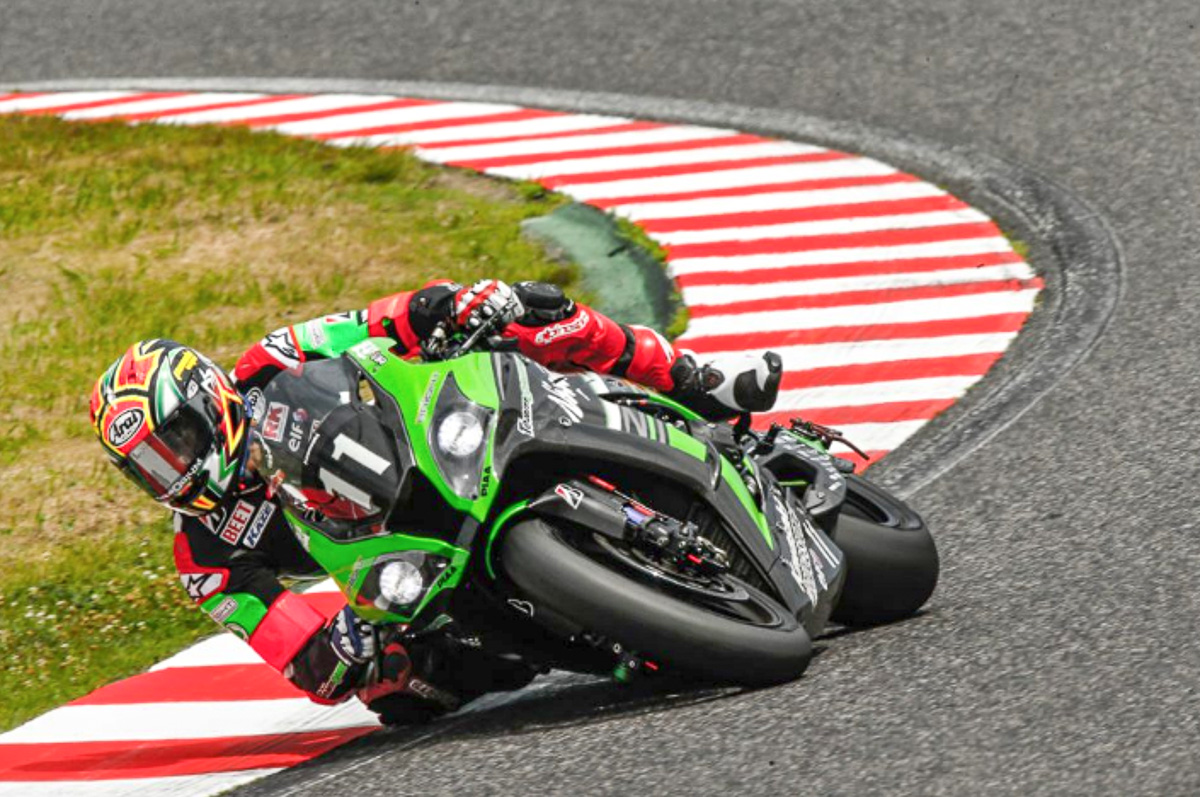 This amazing rider is none other than Azlan Shah Kamaruzaman. The 32 year old from Klang, Selangor was handpicked to race together with British Superbike Championship (BSB) rider Leon Haslam from the UK and Japanese rider Kazuma Watanabe. Together with the Team Green crew and their Kawasaki Ninja ZX-10RR, they made history by crossing the chequered flag in second place! 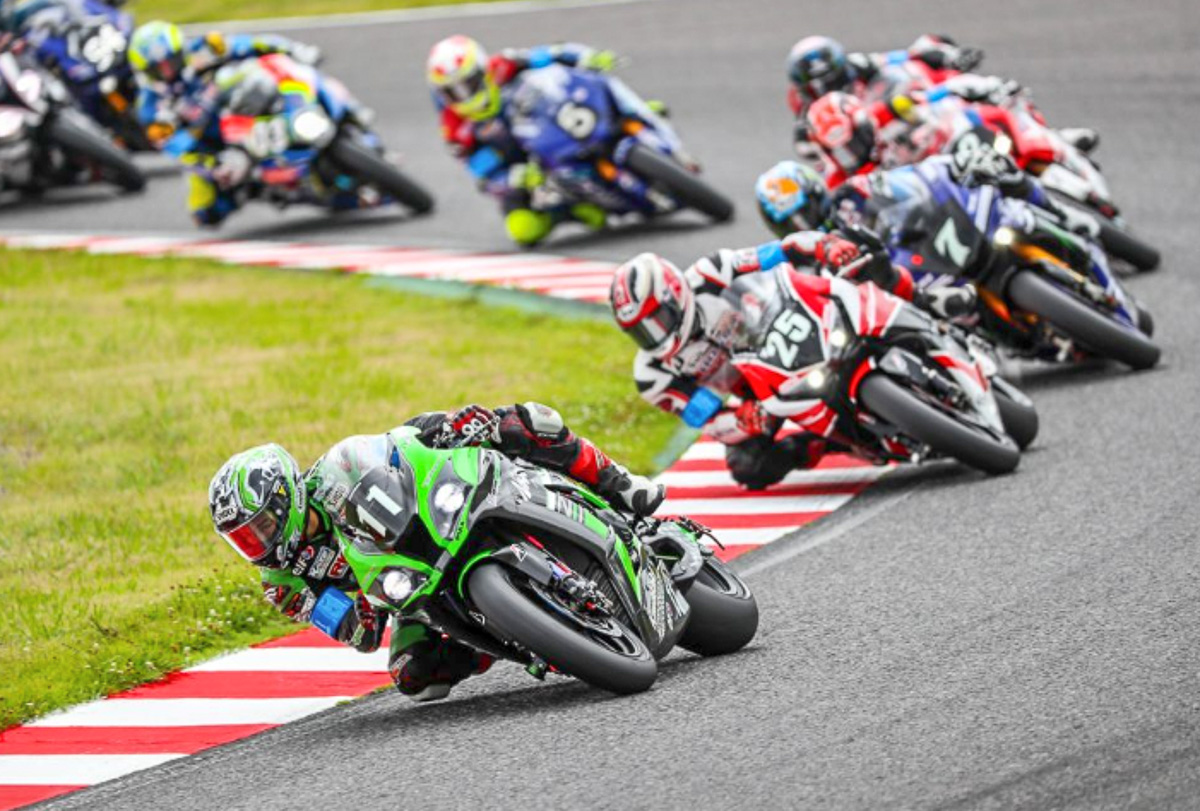 Yamaha again continued their world endurance race domination by winning their third successive victory since their return back in 2015. This year, it was WorldSBK rider Alex Lowes together with his World Superbike teammate Michael van der Mark plus legendary Japanese rider Katsuyuki Nakasuga. The win also marked a historic moment for Nakasuga as the first rider to win in Suzuka three times in a row.

At the beginning, it was Team Yamaha and HARC-Pro Honda who battled it out especially in the second hour of the race where they overtook Honda’s Jack Miller and never looked back. The Honda squad was looking strong up to the point when Moto2 rider Takaaki Nakagami suffered a crash which resulted in a position drop to fourth. 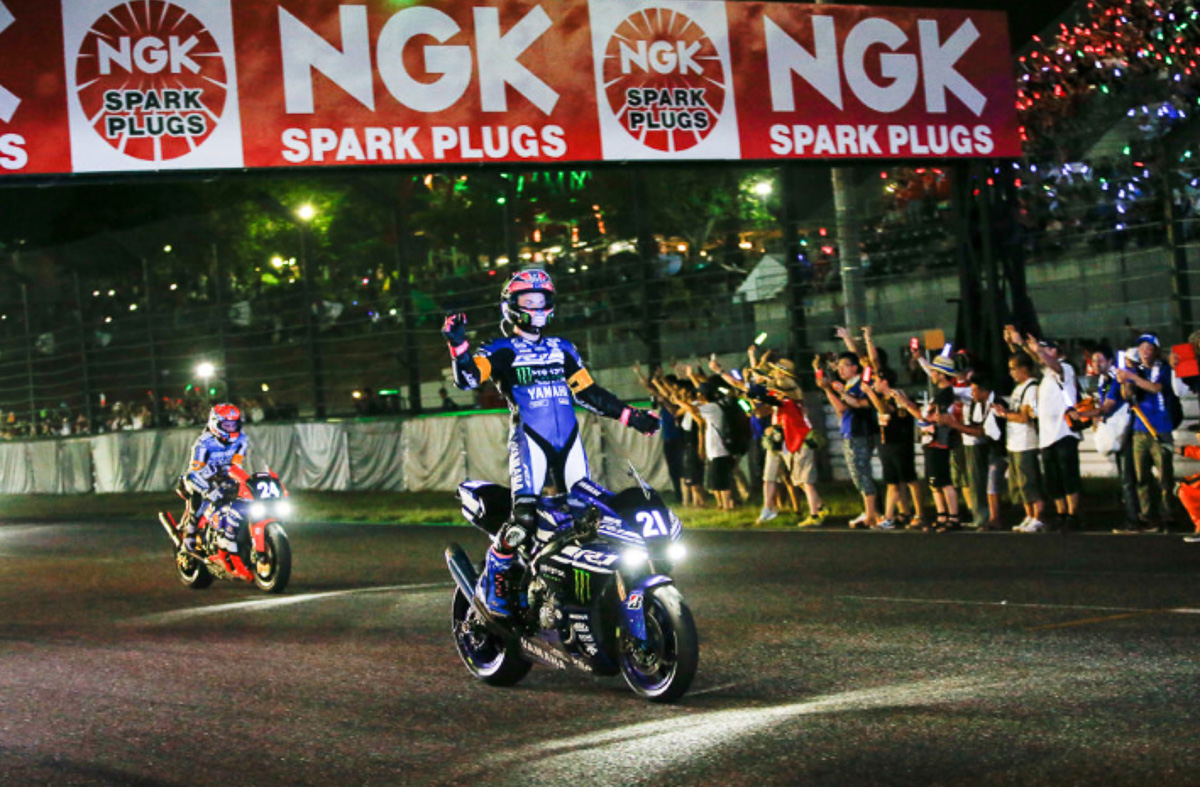 The second half of the race saw the Kawasaki Team Green riders gaining their second position in the race when team F.C.C TSR Honda had to pit their Honda machinery after the bike caught on fire during the race. Luckily, they were able to continue when the bike was cleared to re-enter the race with Randy de Puniet, Dominique Aegerter and Josh Hook taking the final podium spot. 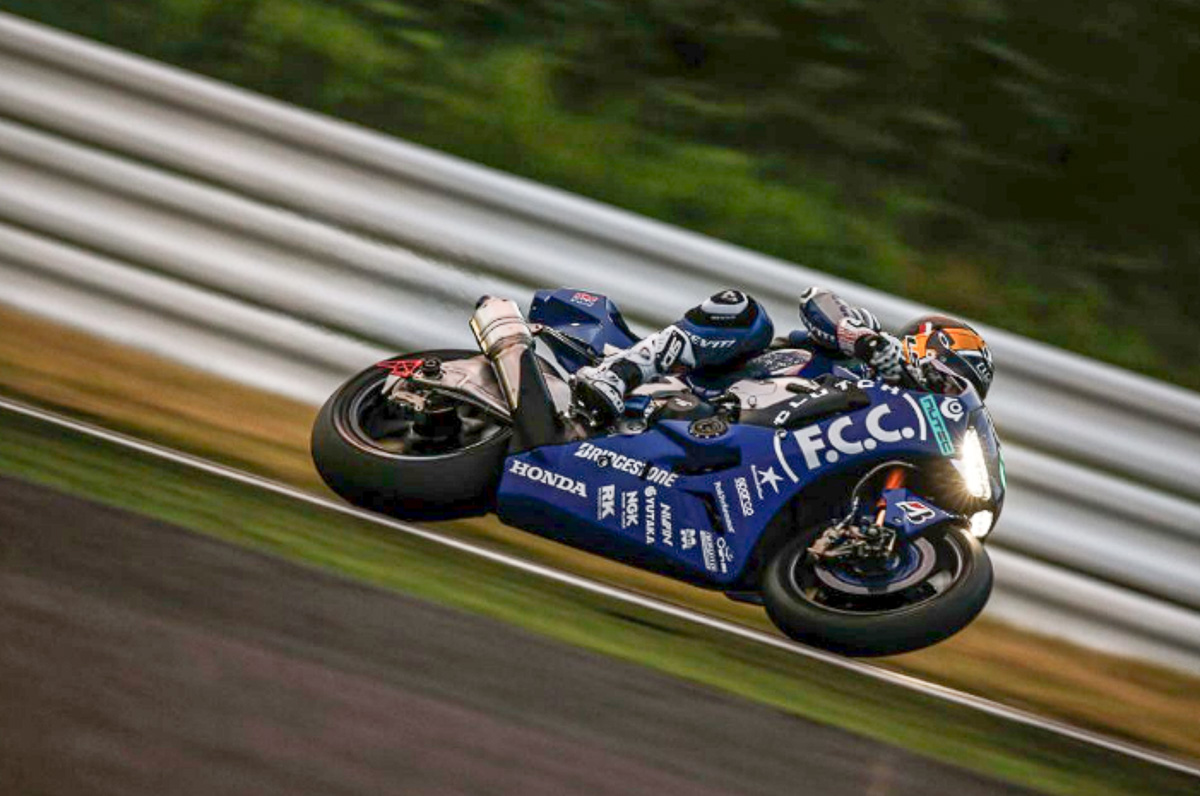 The Satu HATI Honda Team Asia also gained a good overall race finish position in eighth where another Malaysian rider Zaqhwan Zaidi together with Indonesian Dimas Ekky Pratama and Thai Ratthapong Wilairot were only five laps behind the race winners. 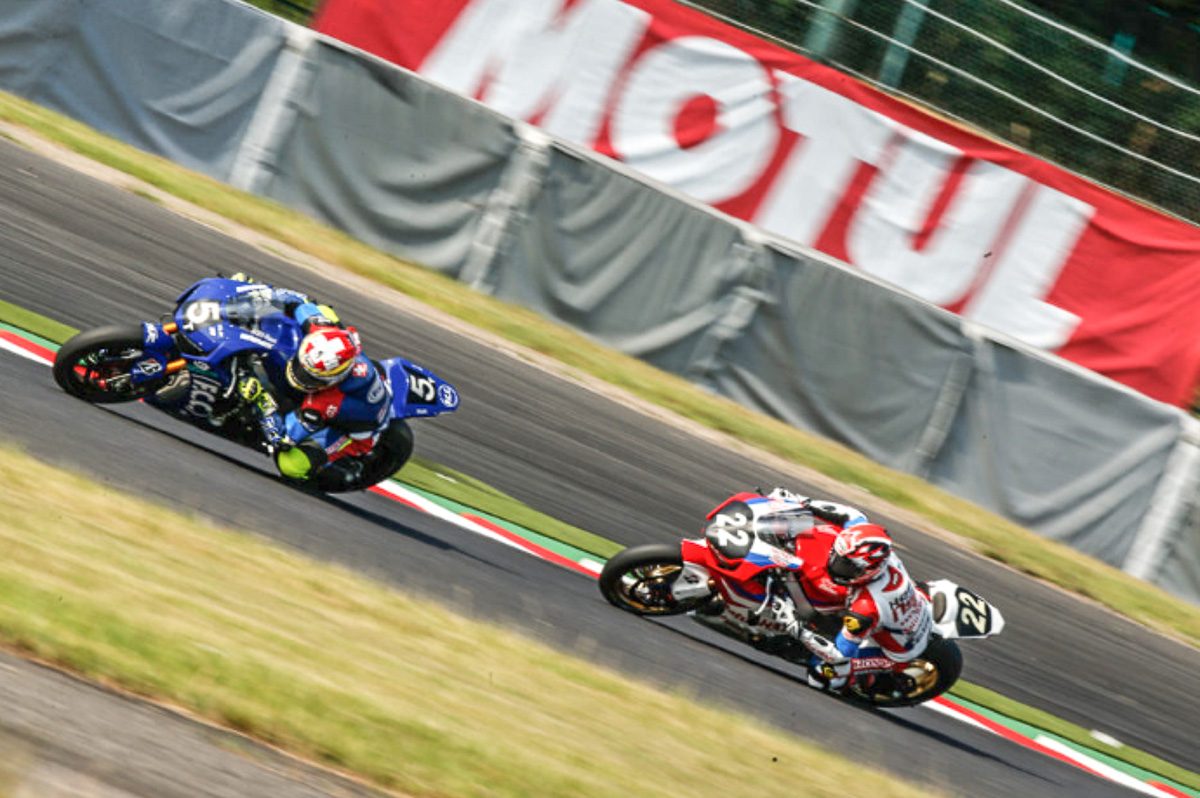 It was a different story with the third Malaysian rider entry Hafizh Syahrin who suffered some mechanical failure from the team’s Suzuki GSX-R 1000R. In the end, team Kagayama together with Naomichi Uramoto and team owner Yukio Kagayama finished the race in P17. 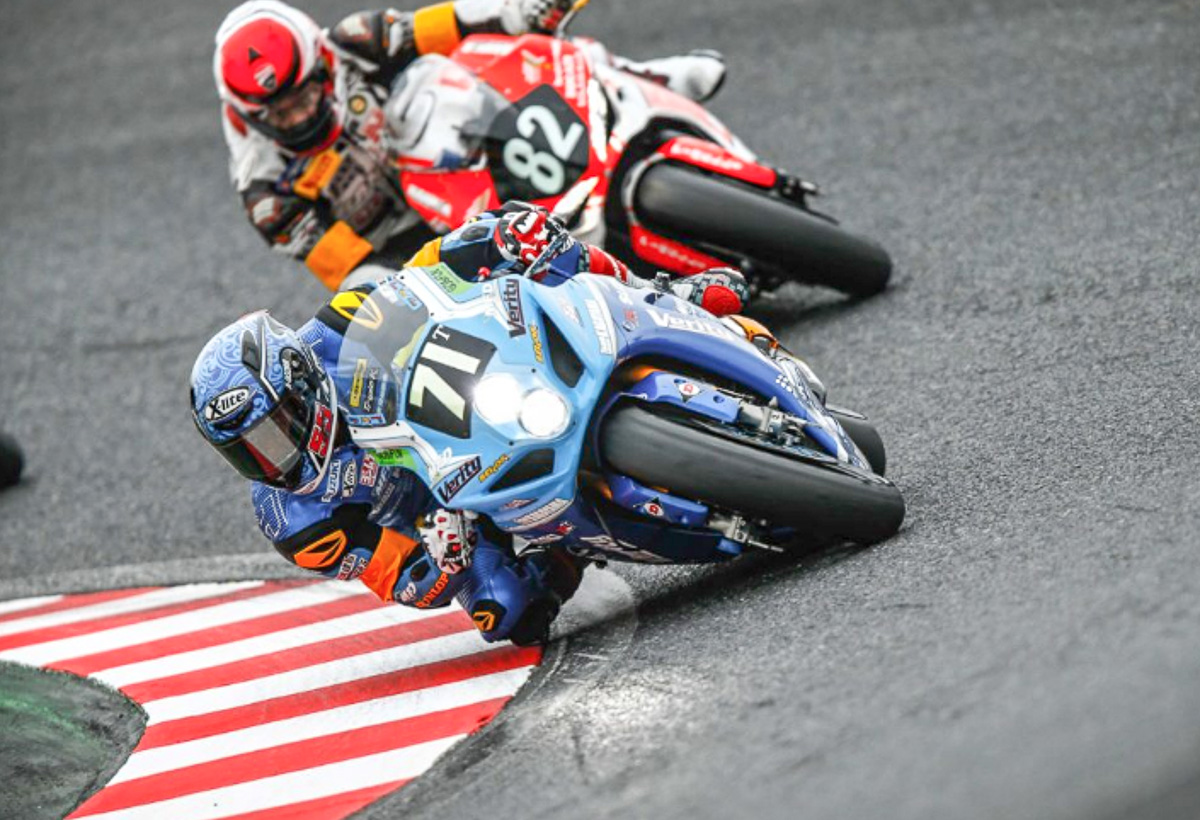 We here at Bikes Republic together with our sister site Motomalaya.net would like to congratulate all three Malaysian riders who again have helped put Malaysia on the racing map. The biggest congrats goes out to Azlan Shah for that awesome, AWESOME P2 result. #MalaysiaBoleh! 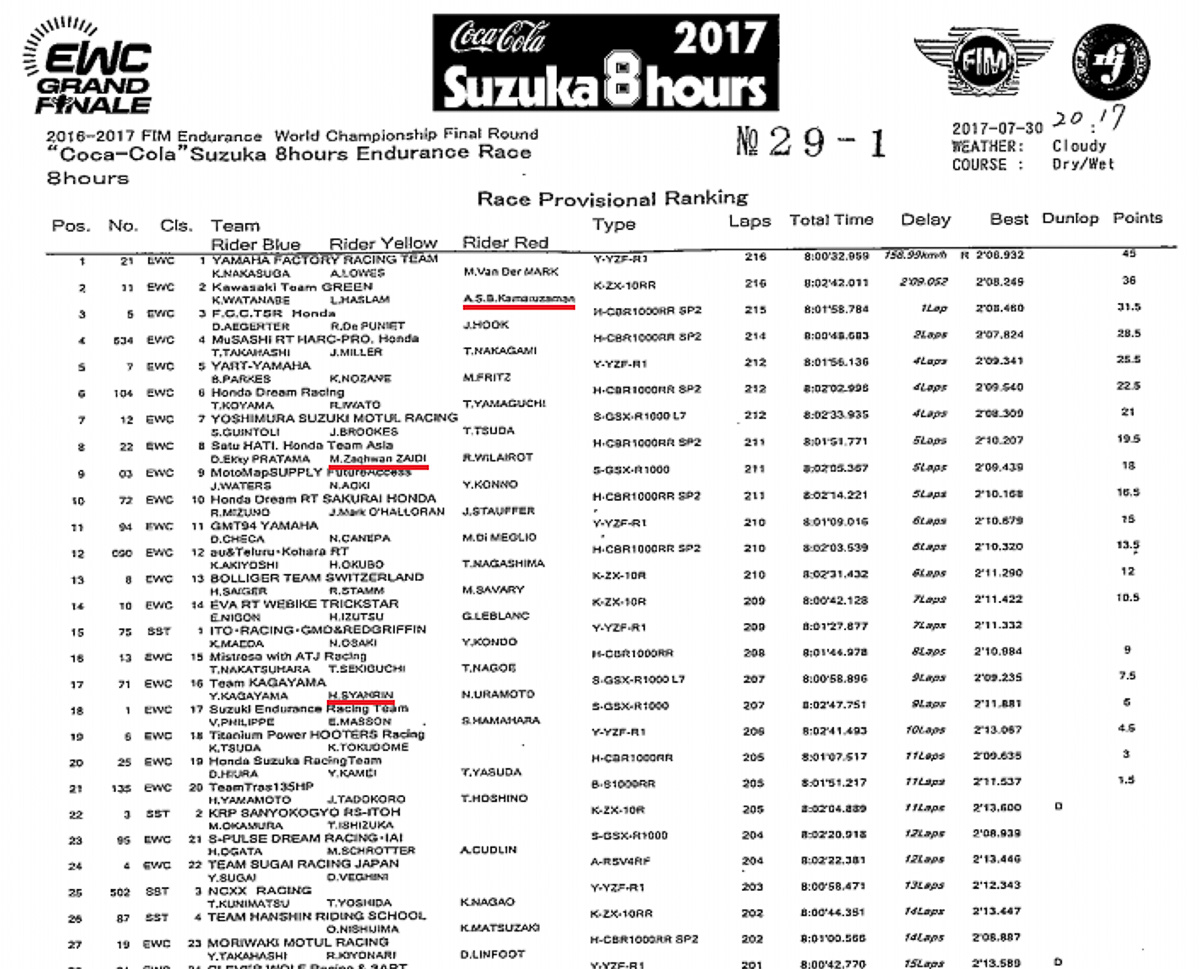