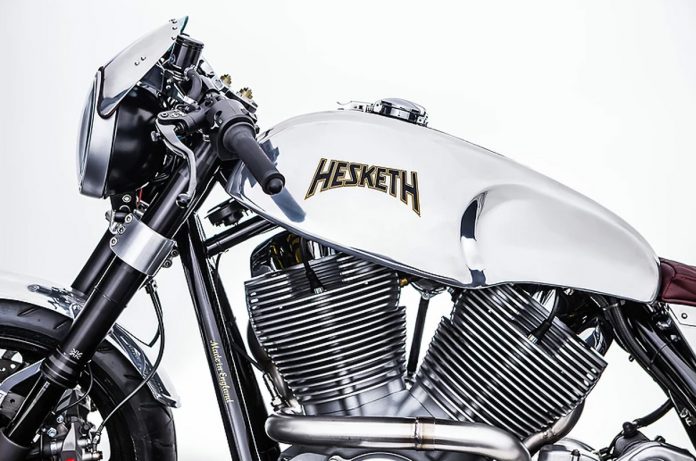 Hesketh has announced that their 2017 Hesketh Sonnet cafe racer will be available sometime before September this year in the UK market. 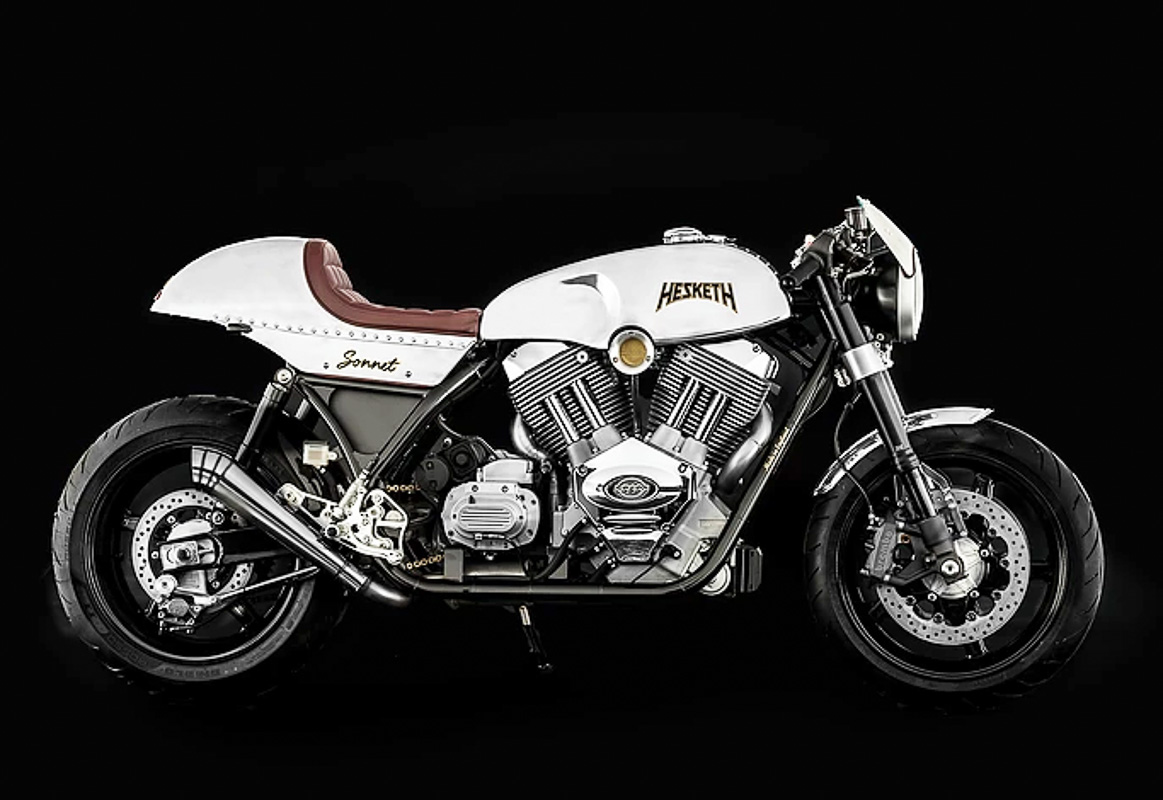 Back when it was introduced last year, the 2017 Hesketh Sonnet cafe racer is said to be arguably one of the most powerful and beautiful cafe racers of all time. Now, the British manufacturer of hand built luxury motorcycles has announced that the Sonnet will be available in the UK market sometime before September with a price said to be around the £26,000 mark (around RM144,740 after direct conversion). 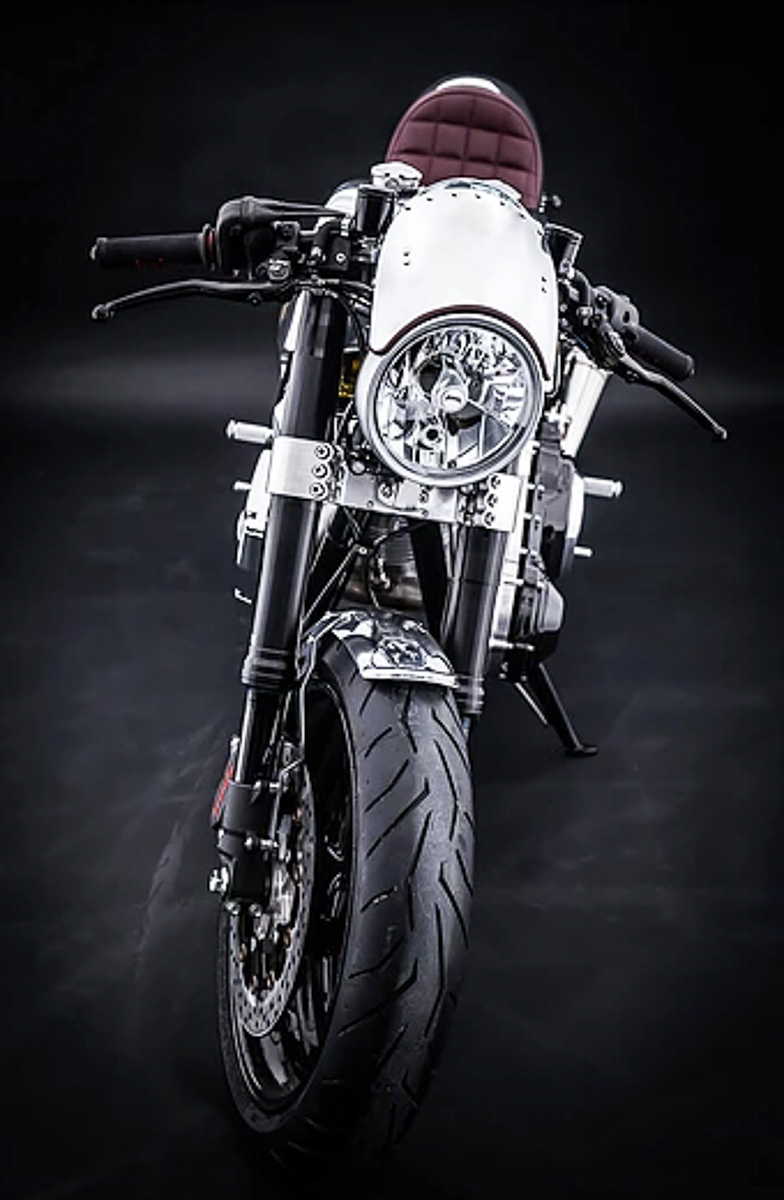 We can see that Hesketh is really taking their time in making the best possible bike they can possibly manufacture considering that their supercharged Valiant SC introduced back in April this year will only be available as early as 2018.

CLICK HERE to check out the monstrous 2018 Hesketh Valiant SC with over 250hp and 300Nm of torque. 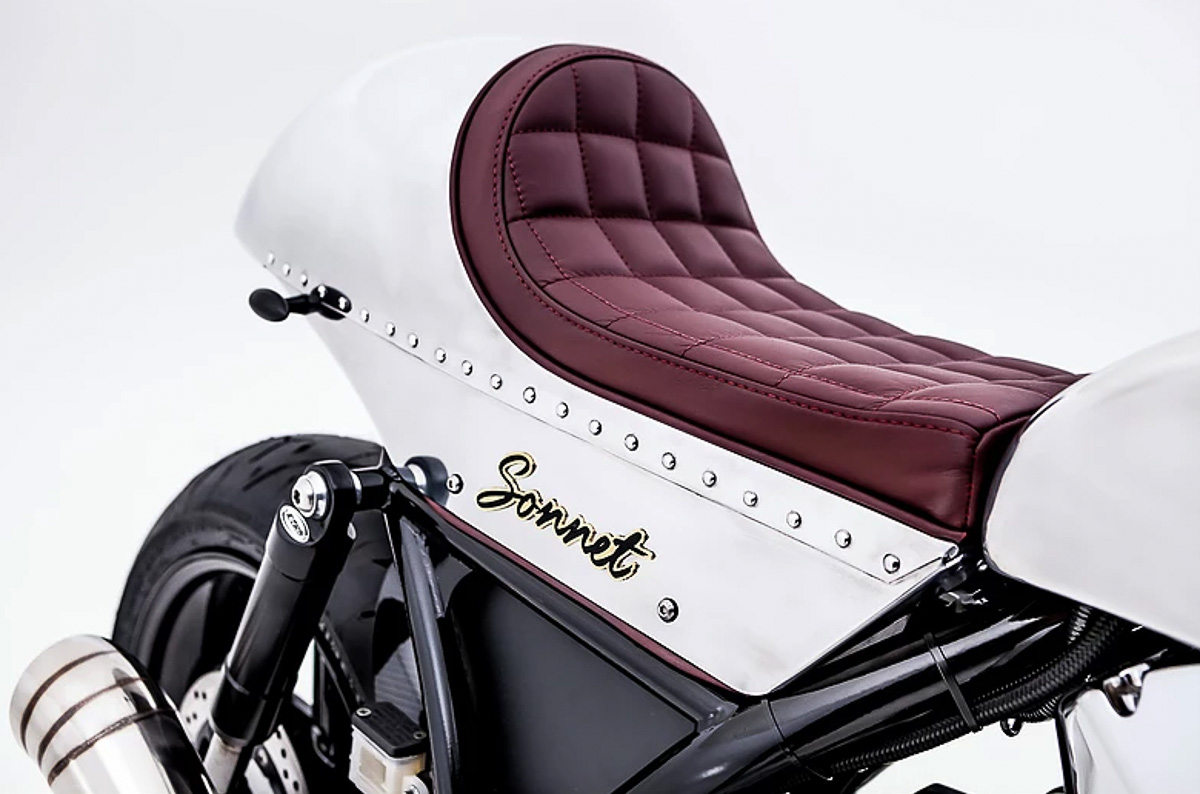 Powered by their signature 2,100cc V-Twin power plant obtained by American S&S, the engine which comes together with space-age pushrod actuated valves churns out over 142hp at 6,000rpm and 210Nm of gut-wrenching torque from as low as 3,000rpm. 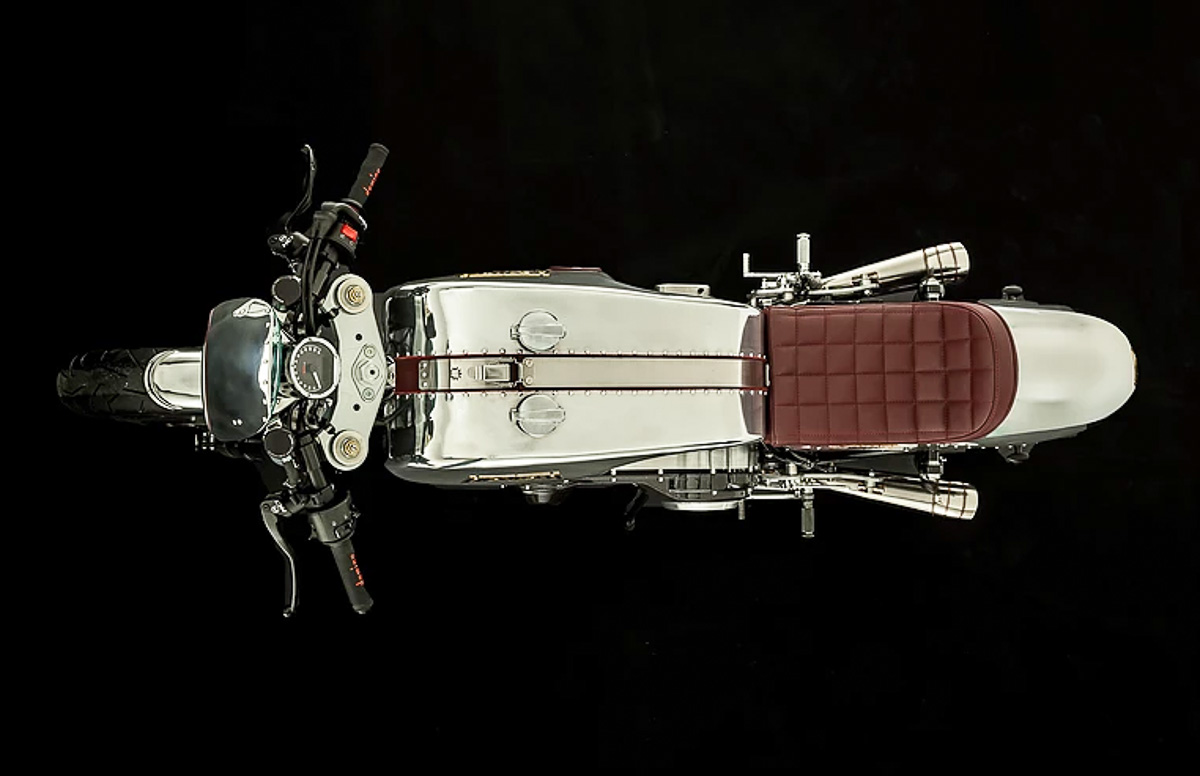 The 235kg dry weight seems a bit heavy at first on paper but combined with that massive engine, the power-to-weight figure is actually quite impressive. To make sure that all the power is driven down to the rear wheel as efficient as possible, they’ve installed a Rivera Primo six-speed with final “O” ring chain drive plus a Brute Extreme Primary Belt Drive with hydraulic activated clutch system. 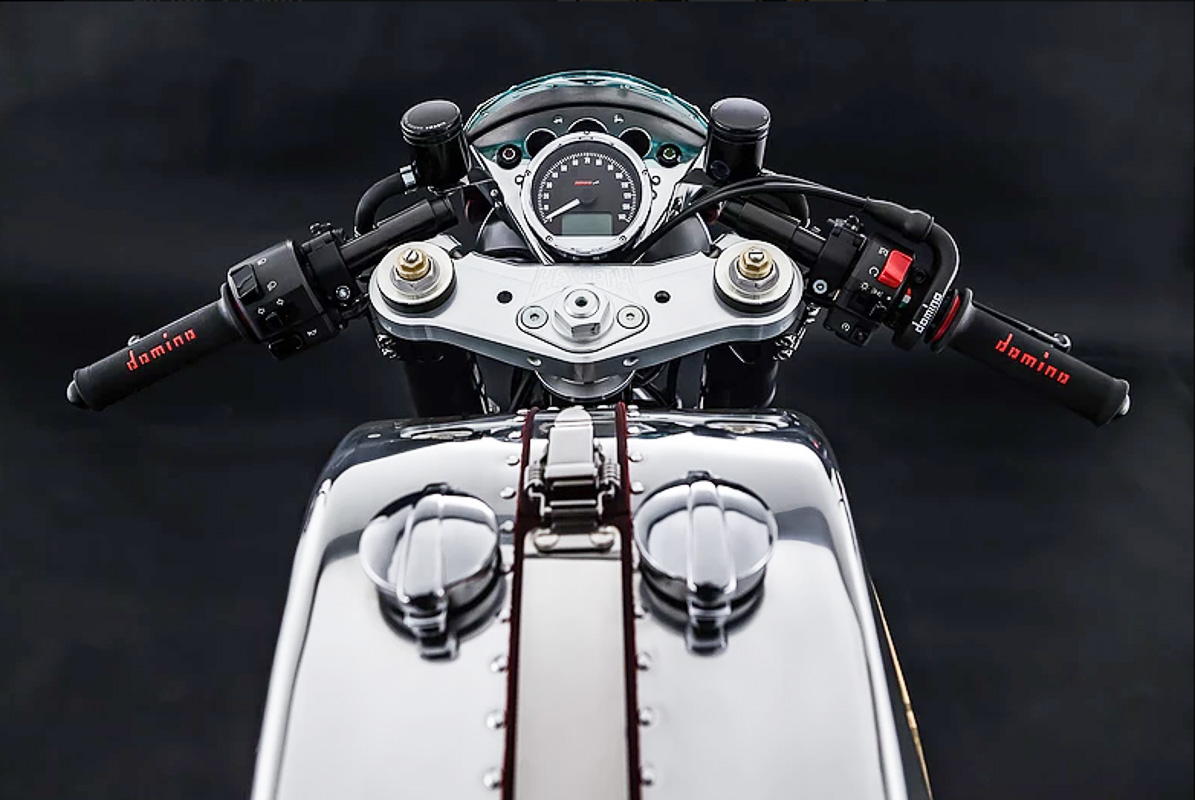 In terms of handling, the Sonnet appoint K-Tech suspensions to absorb all that load and power thanks to the USD front fork and rear Bullit Springless Power suspension setup. There’s also the all-round Brembo monoblock package that ensures smooth and controlled stopping power all day, every day. 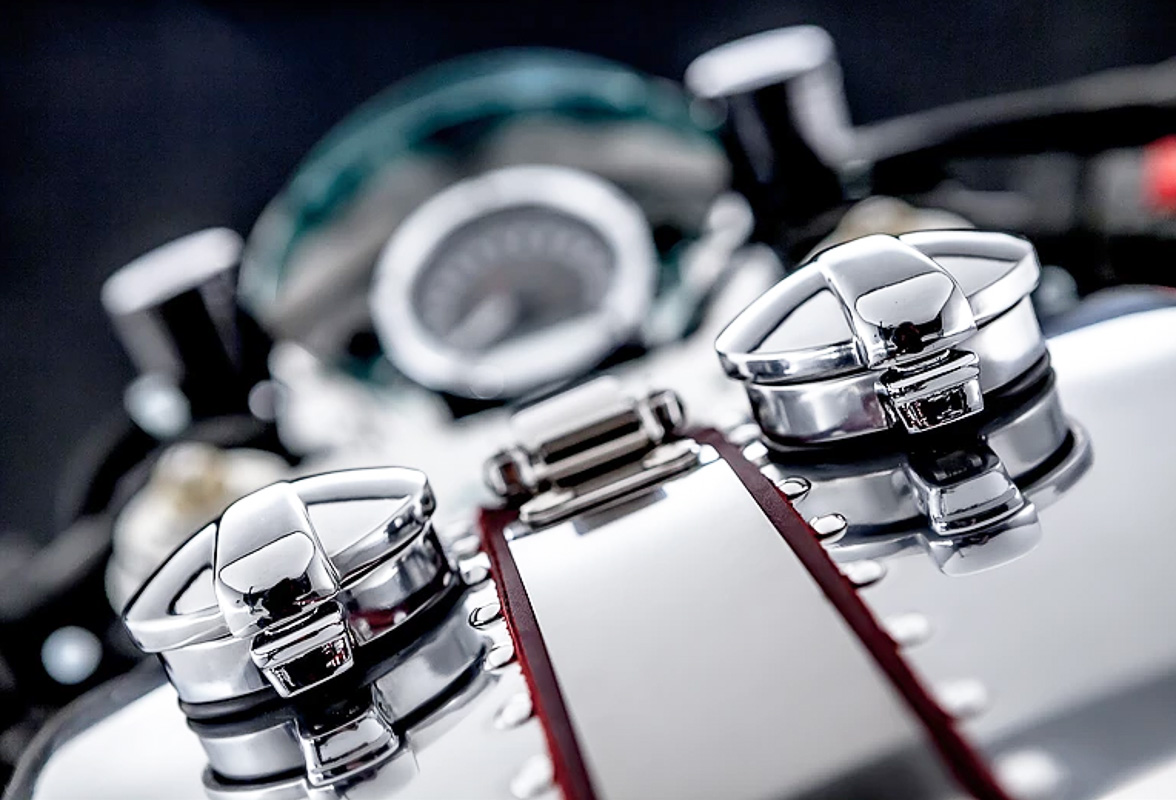 Putting aside all the specifications, the Hesketh Sonnet custom motorcycle’s biggest pulling factor is how the bike looks even at a standstill. That stance together with smooth yet aggressive facade has an alluring factor that most people will fall head over heels with, even to non bikers. Plus, all that chrome is like pulling moths to the flame. Simply stunning.

The question now is whether there’s a soul brave enough to bring one of these bad boys over to Malaysia. If so, we won’t be surprised if it’ll go around the quarter of a million Malaysian ringgit mark. For now, all we can do is drool ourselves silly looking at the computer screen of the 2017 Hesketh Sonnet which is indeed poetry in motion.